Devore, CA – Cody Miller put in a blue collar run from back to front to win the SXS Pro Race at Glen Helen Raceway as the ATV MC WORCS Series presented by Polaris RZR returned to action after the summer break. Corbin Leaverton finished first in Pro Stock, and both padded their respective points leads with just two races left in the season.

The events were held during a heatwave on a new course layout created among the canyons and hills in and around Glen Helen’s world-class motocross and off-road park. The track featured several new high-speed straightaways, both motocross tracks along with the short course track. With temperatures soaring into triple digits during the weekend, both men and machines were challenged.

While Cody Miller’s brother Hunter was quick on the throttle and snagged the holeshot for the SXS Pro race, Miller was caught sleeping in his Can-Am Maverick X3 when the green flag waved. By the time he got going, he was nearly dead last, and he had to fight his way through the field to score the victory. 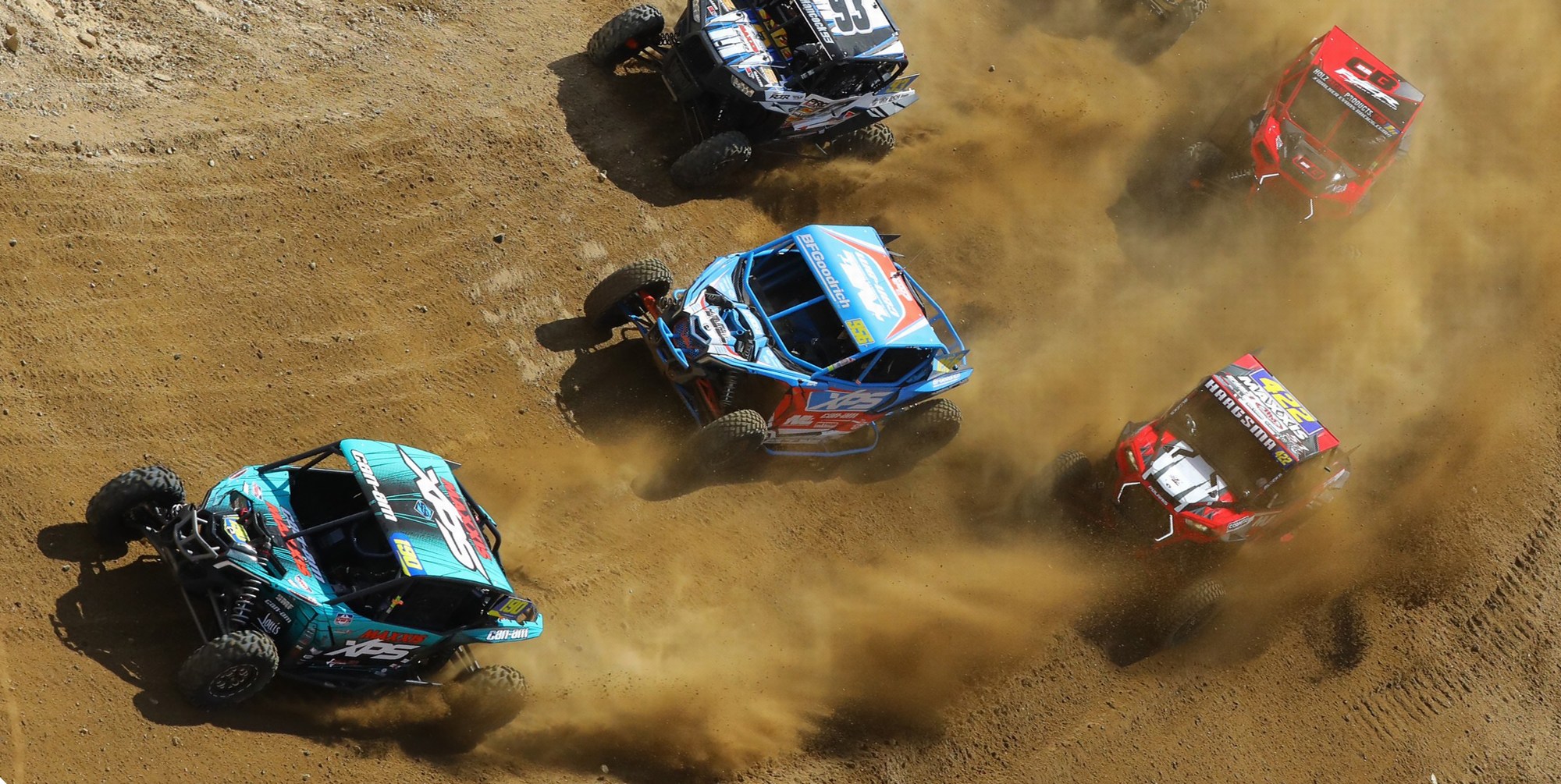 “The flag flew, Hunter took off, and I just sat there,” said Cody Miller. “By the time I got going I was getting pinched out. So, I kept the smoke going off of my front tires and stayed on Hunter’s nerf bars for half of the straightaway before I decided I didn’t want to end my race before it started, so I backed off. By the time I got out of the first turn I was in second-to-last place, so it was a long race.”

In a class where virtually any one of the competitors can win on any given day, Miller showed patience and smooth driving to pick his way through the field. As the race hit the halfway point, many cars were falling out with broken belts and other heat-related failures. Then, two laps from the finish, leader Cody Bradbury’s Polaris gave up its ghost and Cody Miller cruised to victory. Beau Baron finished second in his naturally aspirated Polaris RS1, ahead of Shawn Sexton in a Polaris Turbo S. The Polaris RZR Turbo of Matthew Hancock and Nic Granlund’s Yamaha completed the top five.

“Almost every race there’s a new winner so it shows the competition out here is stiff,” said Cody Miller. “I just tried to stay focused, run smooth lines, and as people were having issues I capitalized.”

The victory handed Cody Miller and excellent bump in points going into the final two races of the year. Consistency is what has handed Miller his top spot in the title chase and he’s finished second or better in all but one race this season. What makes it so unbelievable is that Cody and Hunter Miller are WORCS rookies this year and are contesting the inaugural WORCS season for the Can-Am Maverick X3. 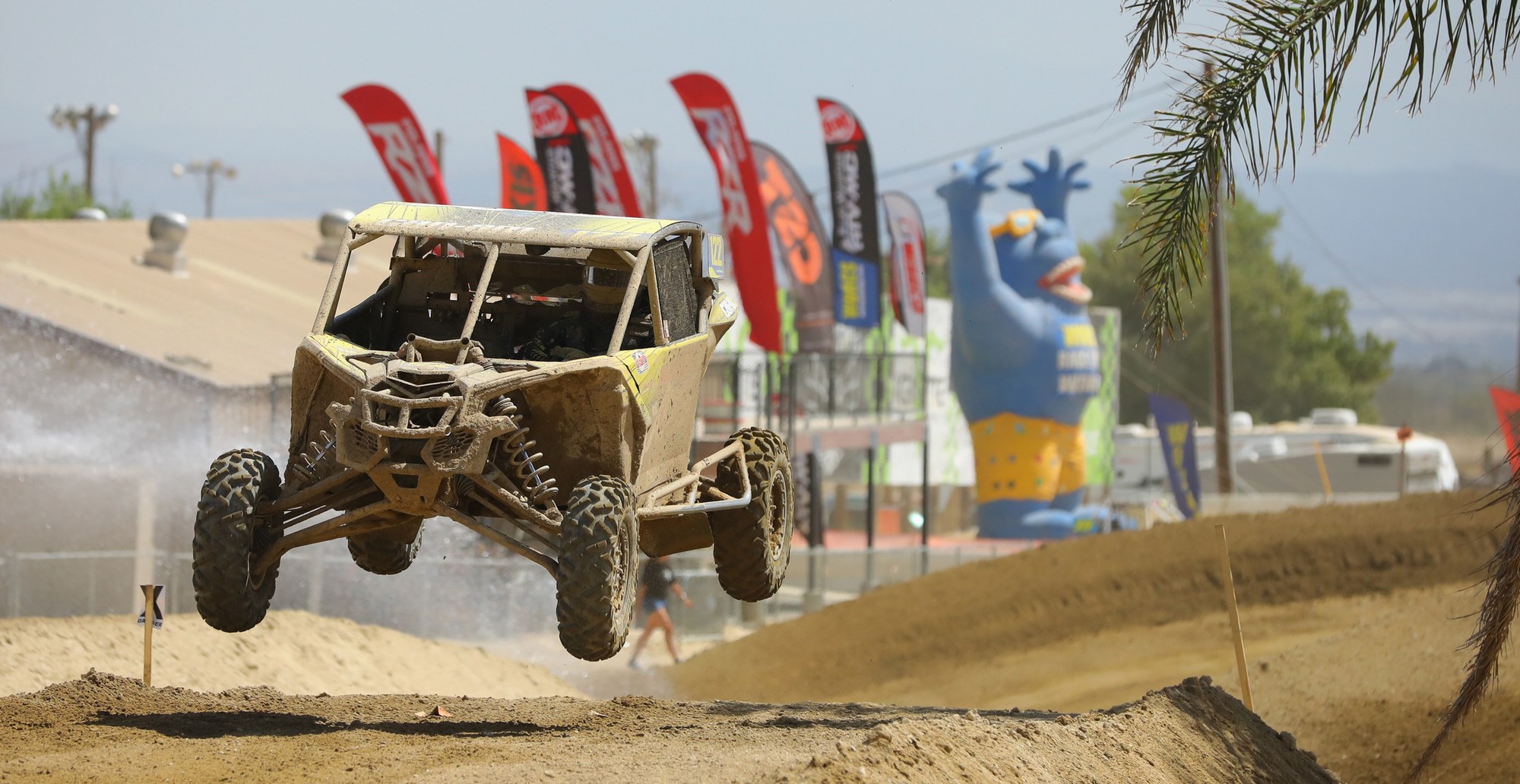 “Between this win and the last one I have a pretty decent points lead and it feels awesome,” said Cody Miller. “We have two rounds to go so I just have to try to stay consistent and I know I have a pretty awesome car here. It’s really hard to beat these cars this year and Hunter and I are proving that.”

Two rounds ago, Baron watched his hopes of another SXS Pro championship evaporate with a DNF. After finishing sixth in the last race, Baron knew he had something to prove and the weather gave him an edge. Driving the nimble single seat RS1 may have put him at a horsepower disadvantage but the car’s reliability shined, placing him on the podium for the first time since round two.

“It was so hot out here this weekend that they were just dropping like flies so I figured having an RS1 would help at the end of the race,” said Baron. “It’s NA—no turbo—with a Sparks engine so at the start you could see we were down on power. But after that, it ripped. I may be out of the championship now, but I’m back on the box where I should be. I couldn’t be happier with the weekend.”

Saxton also took advantage of the mechanical carnage. After starting on the second row, he followed Ronnie Anderson for the first lap before pulling ahead. In clean air, his consistent lap times allowed him to net his first WORCS Pro podium.

“The Polaris RZR Turbo S was working awesome,” said Saxton. “I got off the line in second place and just followed Ronnie. We were good on gas, so we made the pass. We got some clean air and got up to Beau and Matt Hancock.”

In Pro Stock, Baron took the holeshot with Leaverton in tow. On the first lap, Baron elected to let Leaverton pass him to study his lines. Unfortunately for Baron, Leaverton held onto the lead for the entire race and snagged his third victory of the season. Baron was second, followed by Ronnie Anderson, Bradbury, and David Haagsma. All were driving Polaris RZR RS1s.

“I threw the siren on and before I had to touch Beau he let me through on the inside,” said Leaverton. “We have good respect for each other and we’re the calmest ones out there. We had a clean battle and followed each other in.” 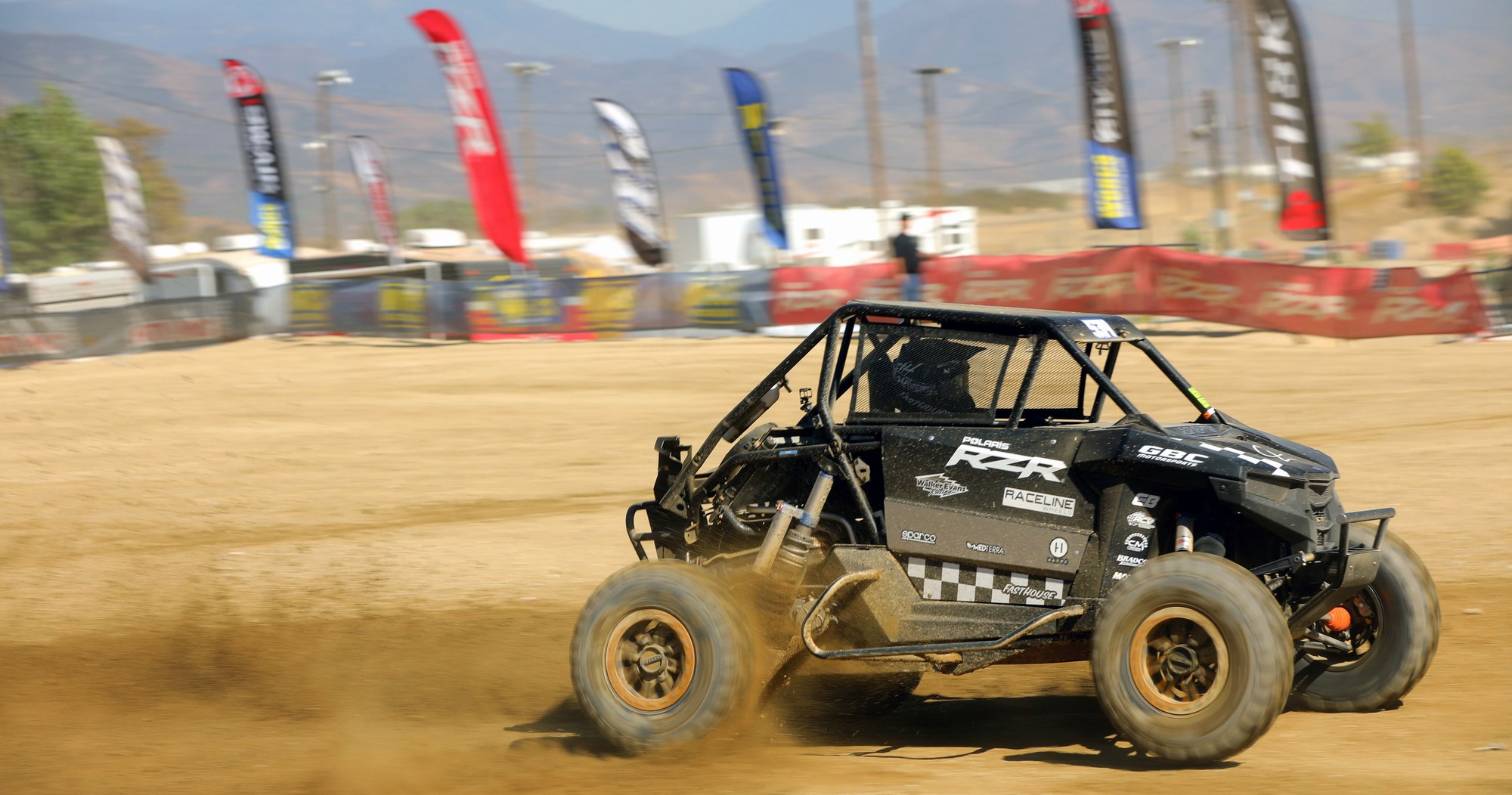 The win also marked Leaverton’s first victory at Glen Helen Raceway, his self-described “home track.” Coming in the stretch of the season, Leaverton hopes to have some heat off of him in the title chase as he extended his points lead. “I love this place; it’s my home track so I’m out here all of the time but I’ve yet to get the win here, so I’m pumped to win today,” said Leaverton. ”It has been the most solid year I’ve ever had and today was a good day.”

One wonders if the battle between Baron and Leaverton will remain calm as Baron is still well in contention for the title. He stuck with Leaverton for the rest of the race but was unable to make a pass stick. Still, he earned his fourth podium of the year. “He got up close so I thought I’d get behind the hill where no one could see me, let him get past me, and learn his lines,” said Baron. “I jumped in behind him, picked up some lines and made some of them even better, but the dust in the canyons was so bad. I would be right on his tail and he’d ditch me. He was driving great.”

Anderson fought mechanical issues for much of the race and held his car together just long enough to tag the final spot on the podium. After starting on the second row, he tucked him behind Haagsma, but quickly took the spot. Then things started to go wrong.

“I got him in the short course, but I ran into some mechanical issues on lap four and just tried to hold it together,” said Anderson. “I started driving over my head a little bit, got a flat, and just got this thing home.”

The next race for the WORCS SXS classes is scheduled for October 4-6 at Honolulu Hills Raceway in Taft, CA.