Primm, NV – As the Rocky Mountain ATV MC WORCS Series presented by Polaris RZR SXS season came to a close with the doubleheader SXS World Finals, one storyline moved to the forefront: that of sibling rivalry. As they have all season in the SXS Pro class, and during their lives growing up in off-road racing, brothers Cody and Hunter Miller knew they would finish first and second in the title chase going into the final race. And although Hunter won the race, Cody put on a hard drive from deep in the field to finish third and the two came out in numerical tie at 163 points in the championship. With Cody’s two victories to Hunter’s single win, Cody nailed the tie break to win the title. In SXS Pro Stock, Corbin Leaverton proved he has officially come of age as he clinched the title ahead of veteran Beau Baron. 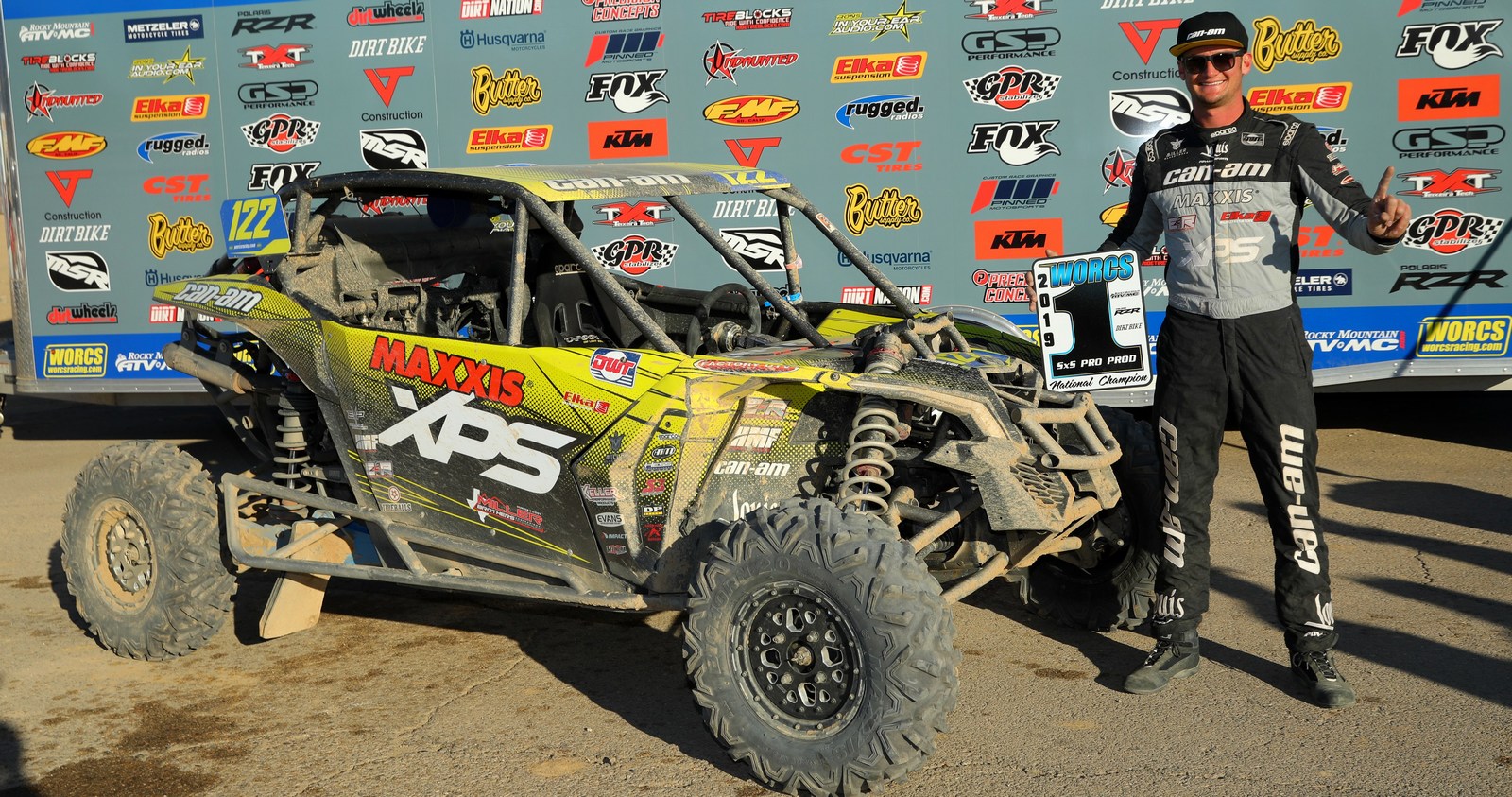 The final rounds, eight and nine on the schedule, were held on two different courses built in the desert surrounding Buffalo Bill’s Resort and Casino. The first of the two races was held on the facility’s Lucas Oil short course, while the second and final race of the 2019 calendar was held on a traditional WORCS desert course that featured a completely redesigned infield motocross section that comprised several new jumps and tabletops. Temperatures were in the 70s all weekend, and though the wind picked up on Sunday, expert track preparation made sure the track held together perfectly for the final round.

In SXS Pro, Ronnie Anderson won the short course race in his Polaris RZR, but fellow Polaris wheelman Cody Bradbury, who was in the thick of the points race going into the event, was forced to miss the weekend due to injuries sustained in a motorcycle crash at Glamis. That cleared the way for Can-Am to sweep the top three spots in the championship with Beau Judge third behind the Millers. Can-Am was campaigning its Maverick X3s in its first full season in WORCS competition.

No one could have predicted the outcome of the championship, least of all Cody Miller. After running competitively for most of the short course event, a mechanical problem put him 13th at the finish. That put him outside the top 10 for the start of the desert race, not at all where he wanted to be with the championship on the line. Cody Miller worked it out, though, and drove his way through the field, taking third on the final lap. 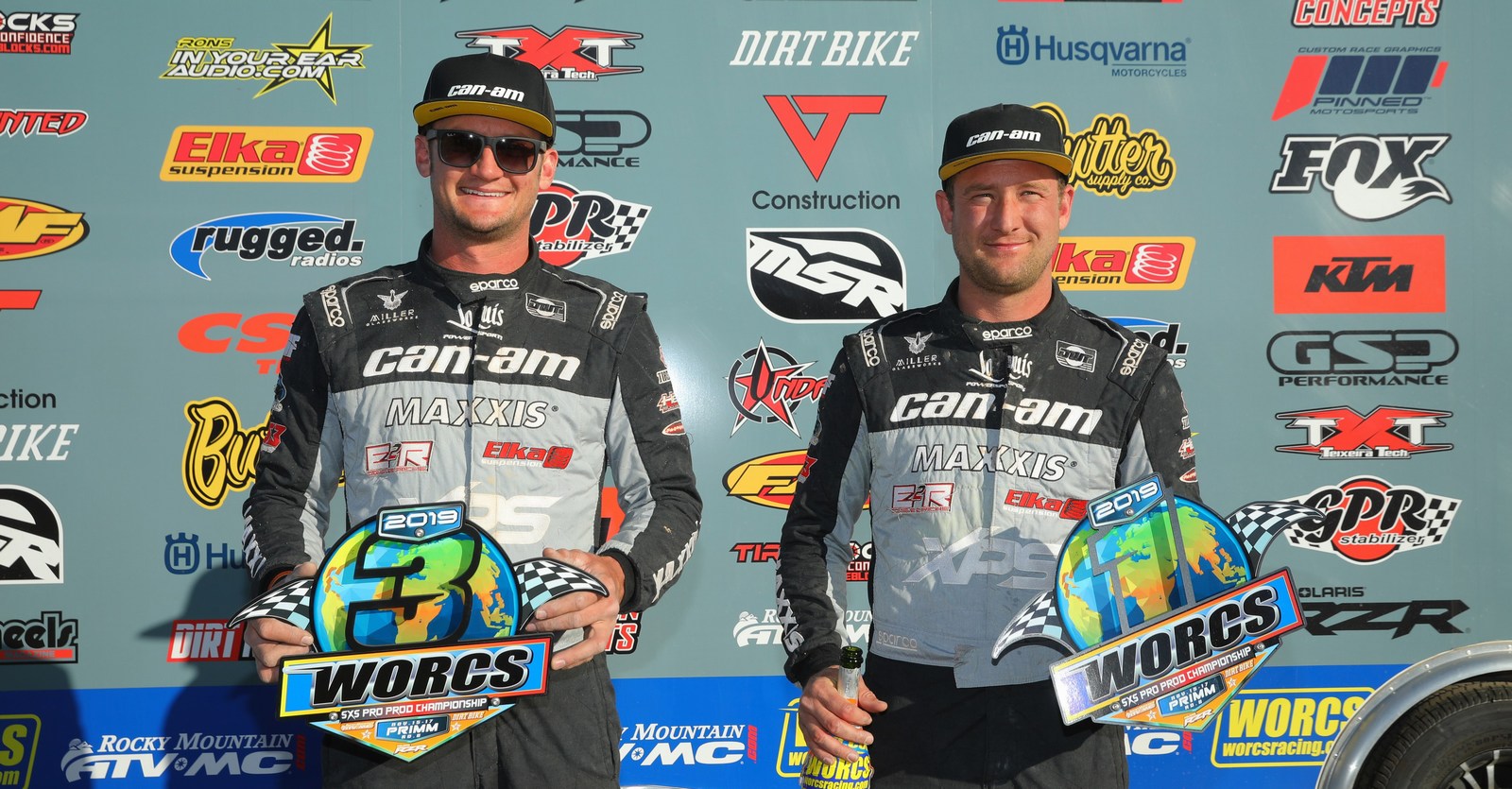 “I had a commanding lead going into the last couple of races, but luck wasn’t really on my side in the last few races,” said Cody Miller, who amassed two wins and four additional podiums this season. “Hunter started second, found his way into first and was putting gap on the field. I was in 11th place on the second lap and that wasn’t going to fly, and Hunter was going to win the championship if I didn’t put the heat on. I made my way back around and I was in fourth. Going into the last lap I gave it everything I had and the Can-Am X3 pulled out strong. I made up 11 seconds on the last lap to finish third.”

Cody Miller said the Can-Am Maverick X3 was the ideal car for WORCS competition. He plans to return in 2020 to defend his title. “It was an interesting switch to go from the East Coast tight woods racing to this wide-open West Coast stuff, but the Can-Am Maverick X3 is really built for this terrain and it handled it very well,” said Cody Miller. “We did our homework, but the machines were really hard to beat out here. Hunter and I plan to return to defend our championships next year.”

Hunter Miller finished second in the short course race, cementing at least second in points. Eschewing his traditional conservative racing style, Hunter made a hard charge at the start of the desert race and quickly took a lead that he would extend throughout the race. “After yesterday Cody had a bad day and we knew we were locked into first and second,” said Hunter Miller, who scored one win and four podiums this year. “That changed my strategy to one of going as hard as I could. I usually play it a little more conservative. I had an awesome battle up front and I held on for the win. He ended up getting me but it’s pretty crazy that we tied in points after nine rounds of racing.”

Hunter Miller won the GNCC title last season, but with GNCC making decision to no longer sanction SXS racing, the brothers enjoyed their “rookie” WORCS season in 2019, lauding the professionalism of the series and the high level of competition. “We didn’t know what to expect at the beginning of the season but it’s an awesome series; they really have their stuff together,” said Hunter Miller. “I’m excited to come back here next year. GNCC quit having SXS unfortunately but WORCS is embracing them and helping the sport grow. So, this is where we want to be, and this is the series we want to support.”

Judge came into the weekend after winning his first race of the season at the last round in Taft. Despite a slow start to the year, Judge finished the season with two additional podiums. He finished third in the short course race here, and fifth in the desert race moving him to third in the final points in his No Limit Can-Am Maverick X3.

“The season really started off bad, but we came on strong at the end,” said Judge. We had four podiums and a win at the last race. That moved us from seventh to third in points for a Can-Am sweep of the championship.”

While the SXS Pro championship came down to the wire, Leaverton quickly got down to business in SXS Pro Stock. Leaverton was the picture of consistency this year, wheeling his Holz Racing Products Polaris RS1 single seat ride. He was so consistent, that his fourth-place finish in the Short Course race allowed him to clinch the title.

With the title nerves put to rest, Leaverton won the desert race after battling with David Haagsma and finished an exceptional 43 points ahead of Beau Baron in the title chase. Matthew Hancock was third in points. Lucas Oil regular Myles Cheek won the short course race. 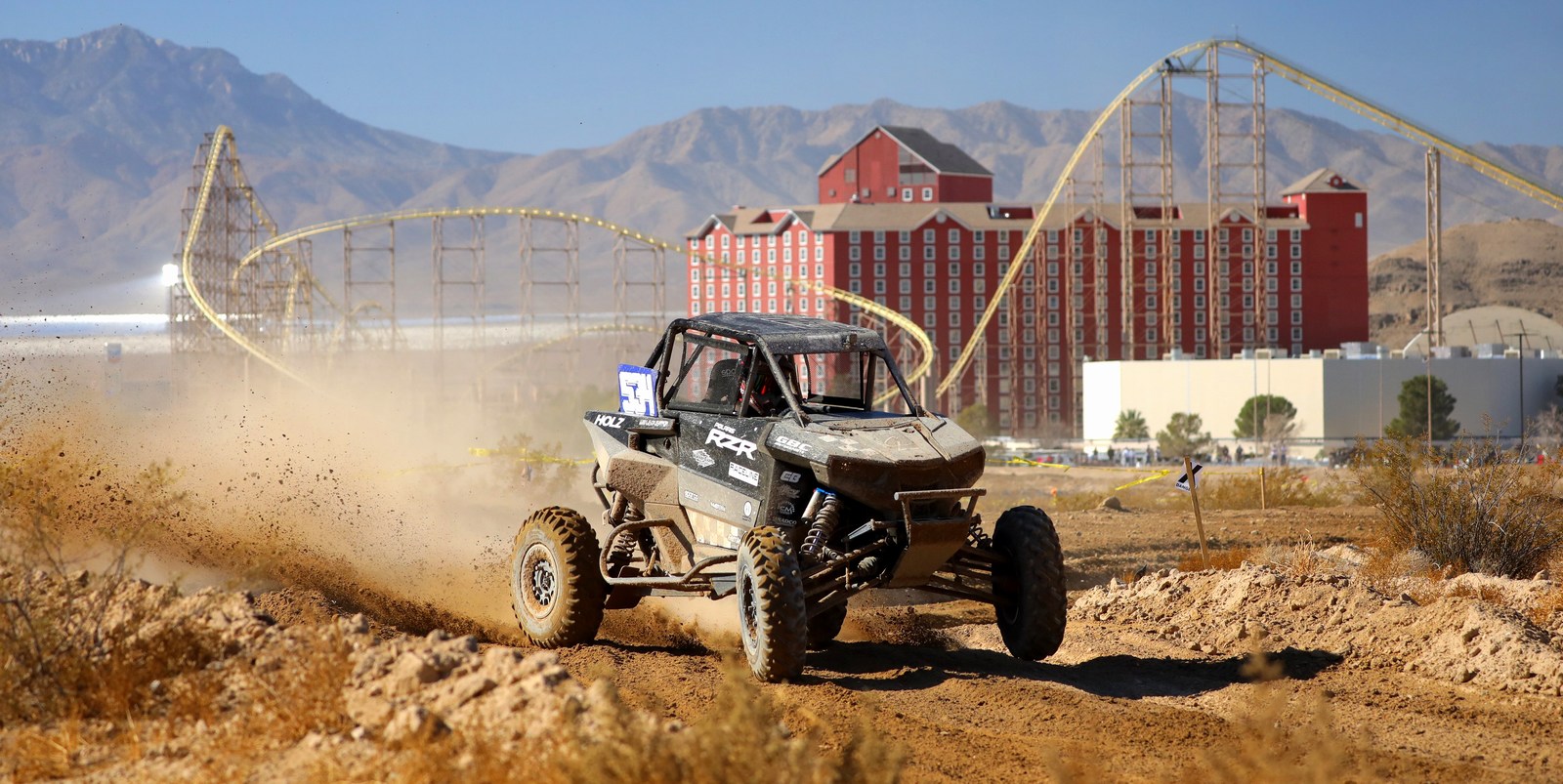 “I’ve been trying to hold this lead for a little more than half of the season and it had gotten a little nerve racking at these last few rounds,” explained Leaverton, who just missed the championship to Baron last season. “I’ve had some success, but never got the championship so it’s nice to finally get that. I locked up the points on Saturday, so on Sunday I was able to go out and have fun. It’s really fun to race like that. I went wide open and clinched the win.” 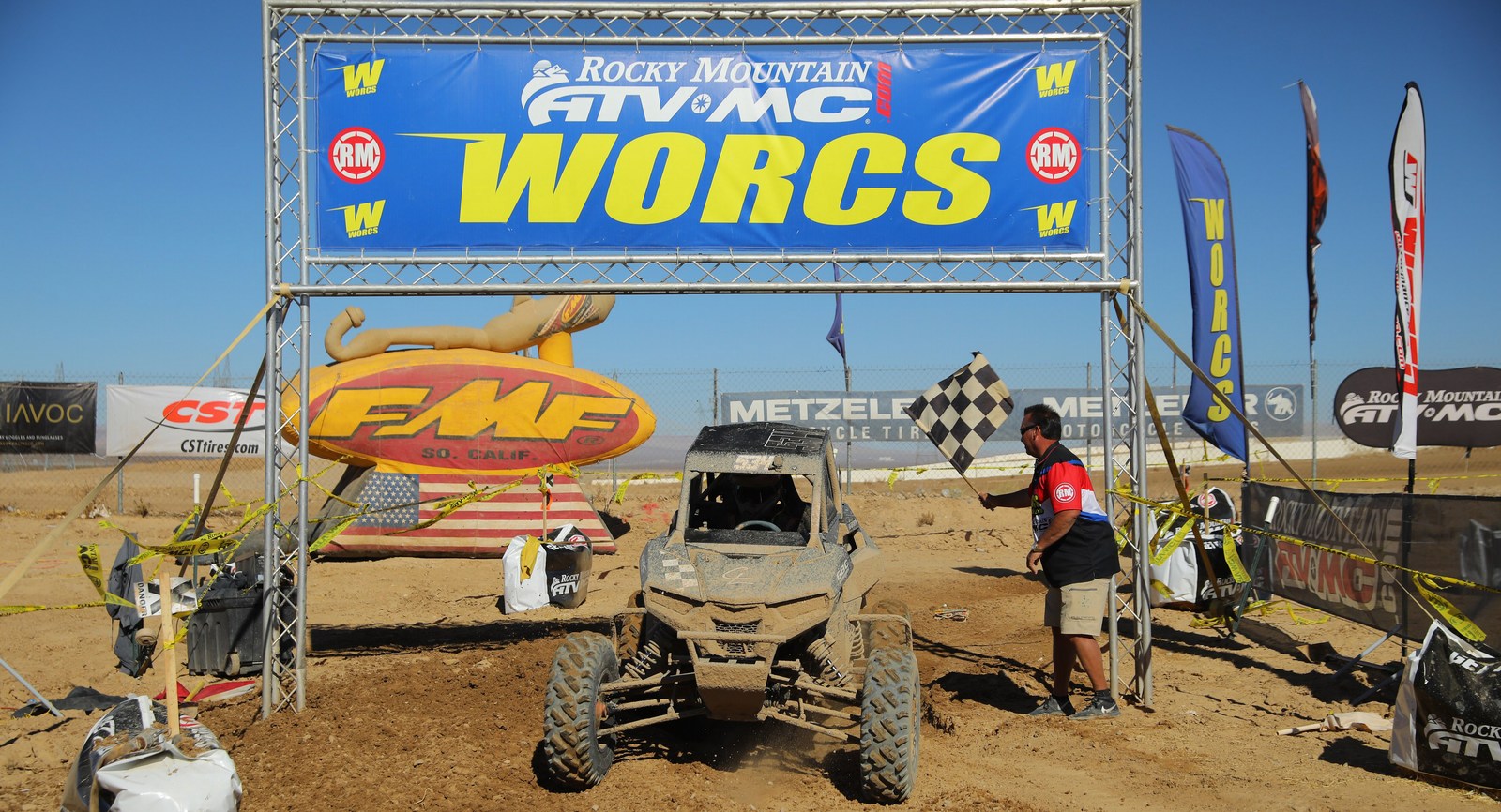 Haagsma finished out what began as one of his most challenging seasons on record. After making significant changes to his program, he began to net more podiums, including the pair het netted in Pro Stock at the finale.

“The first half of the year I didn’t get on the podium so for the last several rounds we switched up some stuff,” said Haagsma. “We went to Elka suspension and got the Holz Racing Products kit for the RS1 in Pro Stock and we’ve been on the podium since. We made the right changes and we’ll have the new car for next year so I’m excited.”

Cheek, a regular on the Lucas Oil short course tour, lived up to pre-race expectations by winning the short course race. However, he also finished third in the desert race showing he can be a threat in both disciplines.

“I still have some work to do to keep up with Corbin and Haagsma, and we’re going to do some testing and come out swinging in January,” said Cheek. It’s a little bit of a learning curve because you can’t run the same lines lap to lap because the ruts start getting too deep. We got two different styles in one weekend and it was a ton of fun.”

While the SXS season is completed, there is still more WORCS racing left this season. The motorcycles and ATVs will hold their season finales November 22-24 at Buffalo Bill’s Resort and Casino.