High winds in the area made for what is normally a challenging course into something downright gnarly. The shifting sand dunes hid buried rocks, which played havoc with the competitors. Carnage was evident right from the start of the Pro motorcycle race as both Robert and Redondi crashed into the first corner.

Robert started nearly last, but he quickly made his way through the field to score the victory on his KTM. Robert returned to WORCS after breaking both arms in a crash during practice after winning the season opener. After missing two rounds, Robert was pleased to be back in winning form. 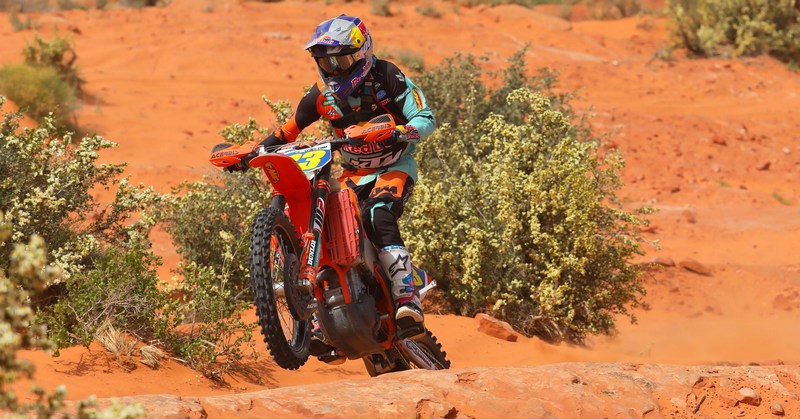 “To come back and be right where I left off is good,” said Robert. “The track was really technical and it was hard to go fast and push. Because of the track conditions, I couldn’t worry about the other guys. I had to focus on what was right in front of me. You had to be on your game today because if lost focus even for a moment, your head was in the sand.” 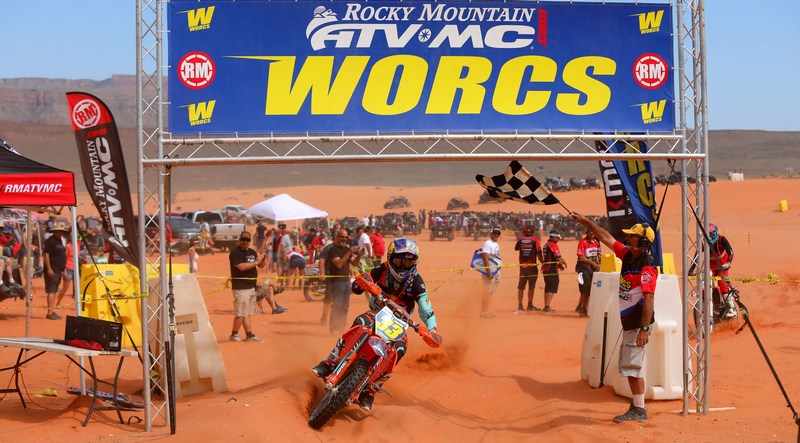 Redondi also dumped his KTM twice on the first lap and had to climb back through the field to finish second. The Italian racer extended his lead in the points with his second podium of the season. The finish was made sweeter by the fact that it was Redondi’s first race in deep sand. “I pushed hard during the race, and I’m happy with second place,” said Redondi. “Taylor is the man to beat, and we are close. This course is completely new to me. I’ve never ridden in the dunes. I gained some points and I’m looking forward to the next race.”

Sutherlin missed the first corner melee on his Suzuki, choosing a different line and took the lead. Unfortunately, he misjudged the shifting sand in a rock section and crashed. Brake problems further hampered his charge, and he was happy to finish third and remain second in points.

Riding a borrowed Yamaha, Wallis enjoyed the battle of attrition and the sketchy conditions. Though he crashed three times during the race, he managed to finish fourth. 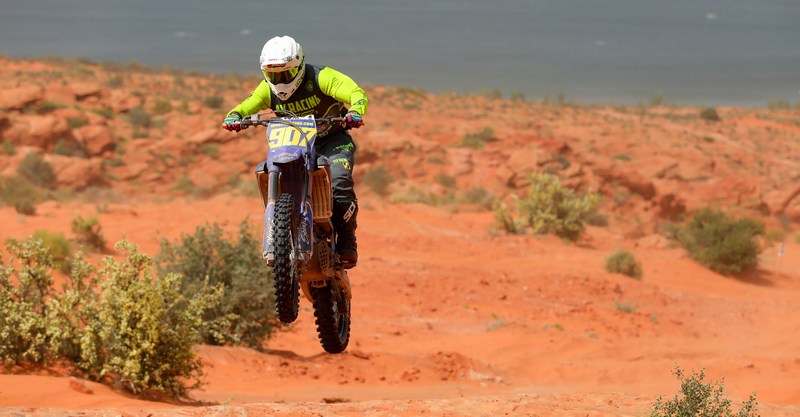 Damon crashed hard at the start and was down over a minute before getting back on his Honda. He made it back through the field to finish fifth, marking his best result yet this season.

In Pro 2, Serpa scored his first win of the season. Riding a KTM, he had a bad start, and was losing ground fast. After his pit stop, he made his way past Cooper Abbott, Clayton Hengeveld and Mitch Anderson to score the victory. 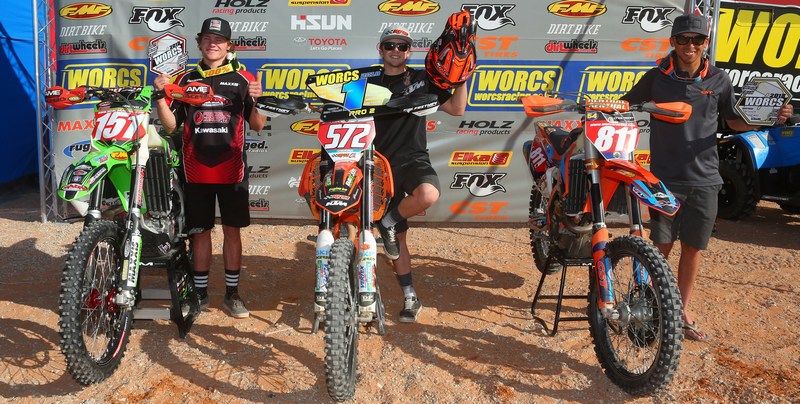 “I don’t think I ever touched first place until the second to last lap,” said Serpa. “Cooper was in front me, Clay passed me, and then Mitch passed me. By midway I thought I was going to have a bad result. After we pitted, a fire sparked in me. I was pacing myself when I caught Cooper so I sprinted the last two laps. This is such a relief because I’ve never done well here.”

Hengeveld had a hard crash in the 450A class earlier in the day, so he was pleased with his result in Pro 2. Hengeveld held the lead on his Kawasaki for several laps before losing the top spot to Serpa two laps from the finish. The runner-up effort marked his first Pro 2 podium. 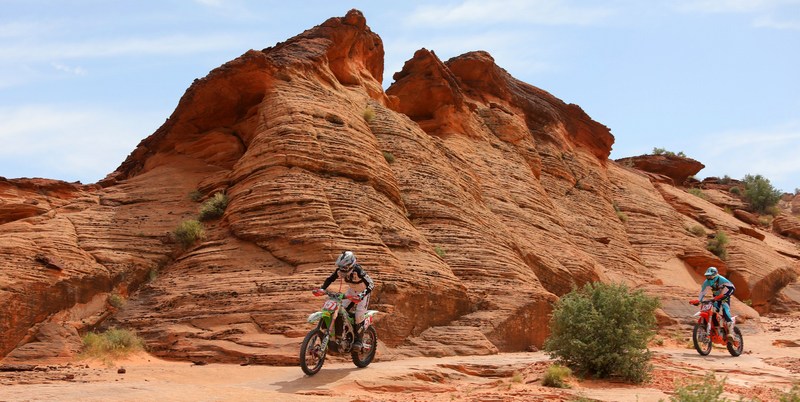 Anderson also went down several times during the Pro 2 race on his KTM. He rebounded to finish third and protect his lead in the points.

In Pro 2 Lights, Collin Elliott scored his second consecutive victory. Points leader Spenser Wilton was second, ahead of Dallas Serpa. Elliott, who missed the first two rounds due to injury, was again dominant on his Yamaha. He was overjoyed with the victory. 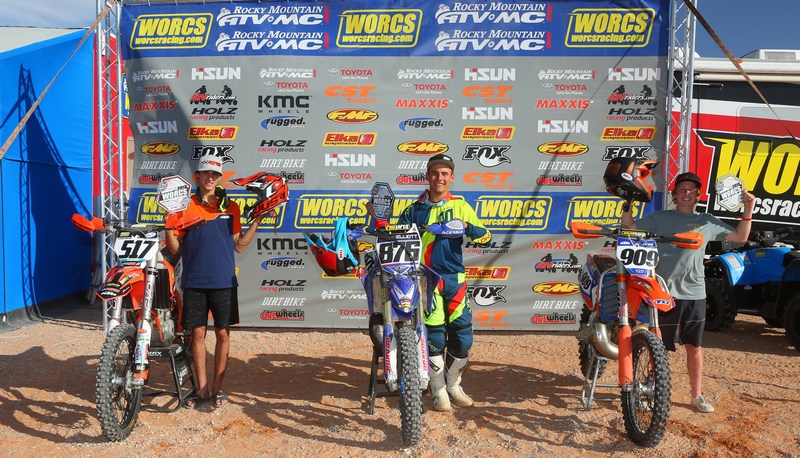 “I didn’t expect this after being out for awhile,” said Elliott. “I just tried to ride consistent and minimize the mistakes because it’s easy to get caught here. I worked my butt off coming back so to get two in a row is exciting.” 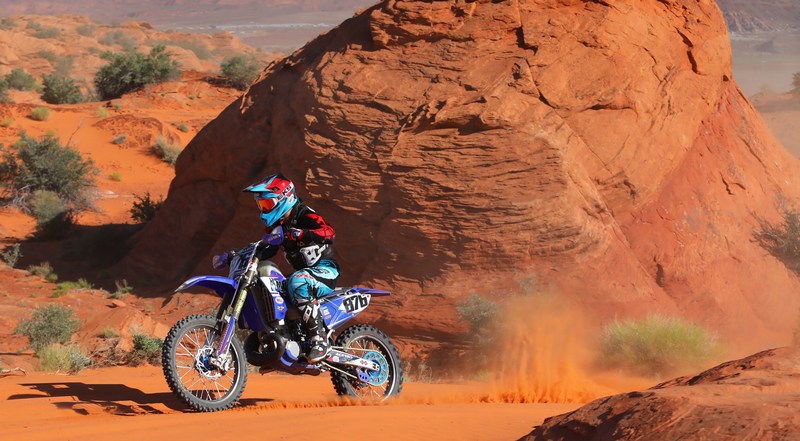 Wilton crashed four times during the race on his KTM. Despite bending his bars in the last tumble, he held on for second and holds the points lead.  Serpa led from the start after taking the holeshot on his KTM. He too survived several crashes before scoring his first-ever Pro 2 Lights podium. 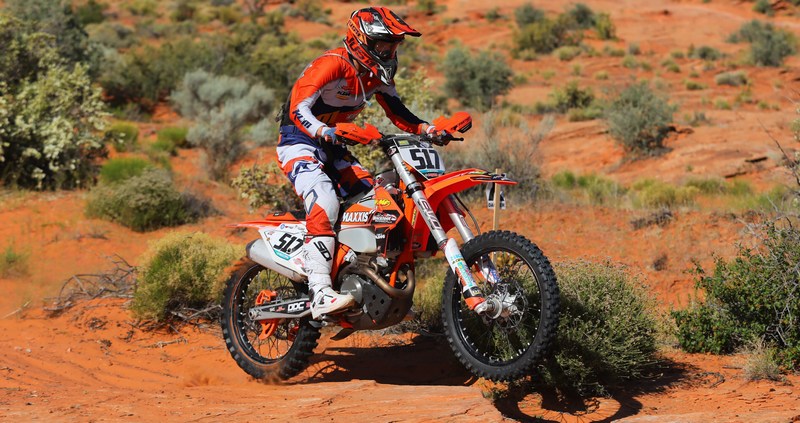 The next race for the WORCS Series is scheduled for May 25-27 at Iron Mine Racepark in Cedar City, UT.