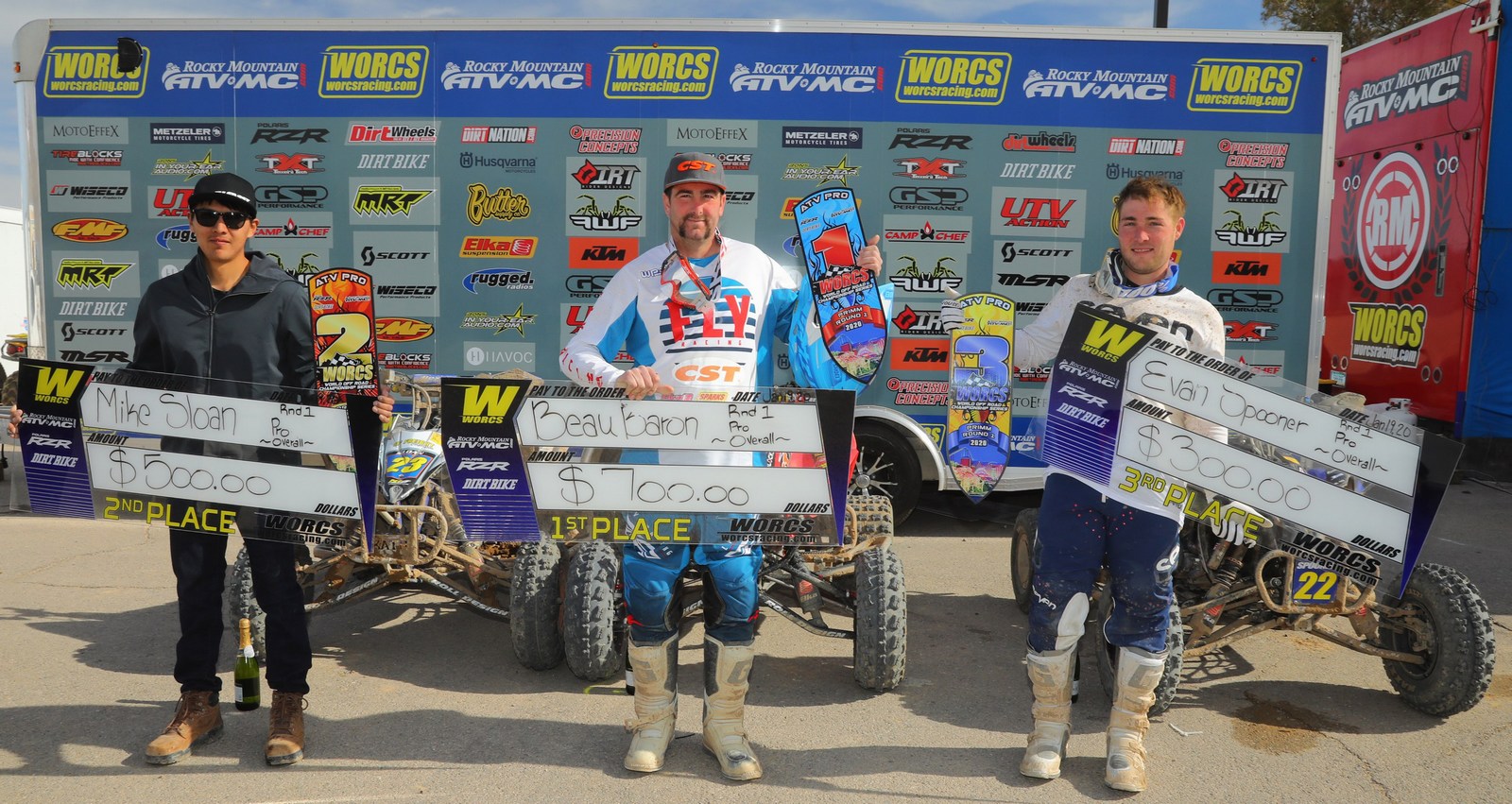 The event was held on the combined off-road, endurocross, and short course track in the desert town on the California border. Notable changes to this year include a 75-minute race time format, and the addition of technical Pro only section comprised of logs, rocks, and concrete piles with the pros having their own race.  The changes attracted a large turnout with 10 Pro class racers and 12 entries in Pro-Am.

Baron sustained a wrist injury during the SXS Pro Stock race earlier in the weekend and debated even competing in the ATV race. The racer in him won out, though, and he taped it up and went in. After snagging the holeshot, he was dogged throughout the race by a charging Sloan before netting the victory. “I got hit pretty good in the Pro Stock SXS race and my wrist is super swollen,” said Baron. “I didn’t know if I could race but my mom had some lidocaine patches, so we put those on and bandaged it really tight. I was hurting in the endurocross section. Thank God the truck track was after that because I could take a break.”

Baron knows that racers don’t age like fine wine and he’s looking to continue his legacy of greatness in the Pro ATV class. Every point will matter with everyone in the class stepping up their games, so he knows he has to remain competitive at every round. “I knew I had to do something because championships can’t be won in the first round, but they can be lost,” said Baron. “I needed points and I did the best I could. I had to do it and I just made it happen.” 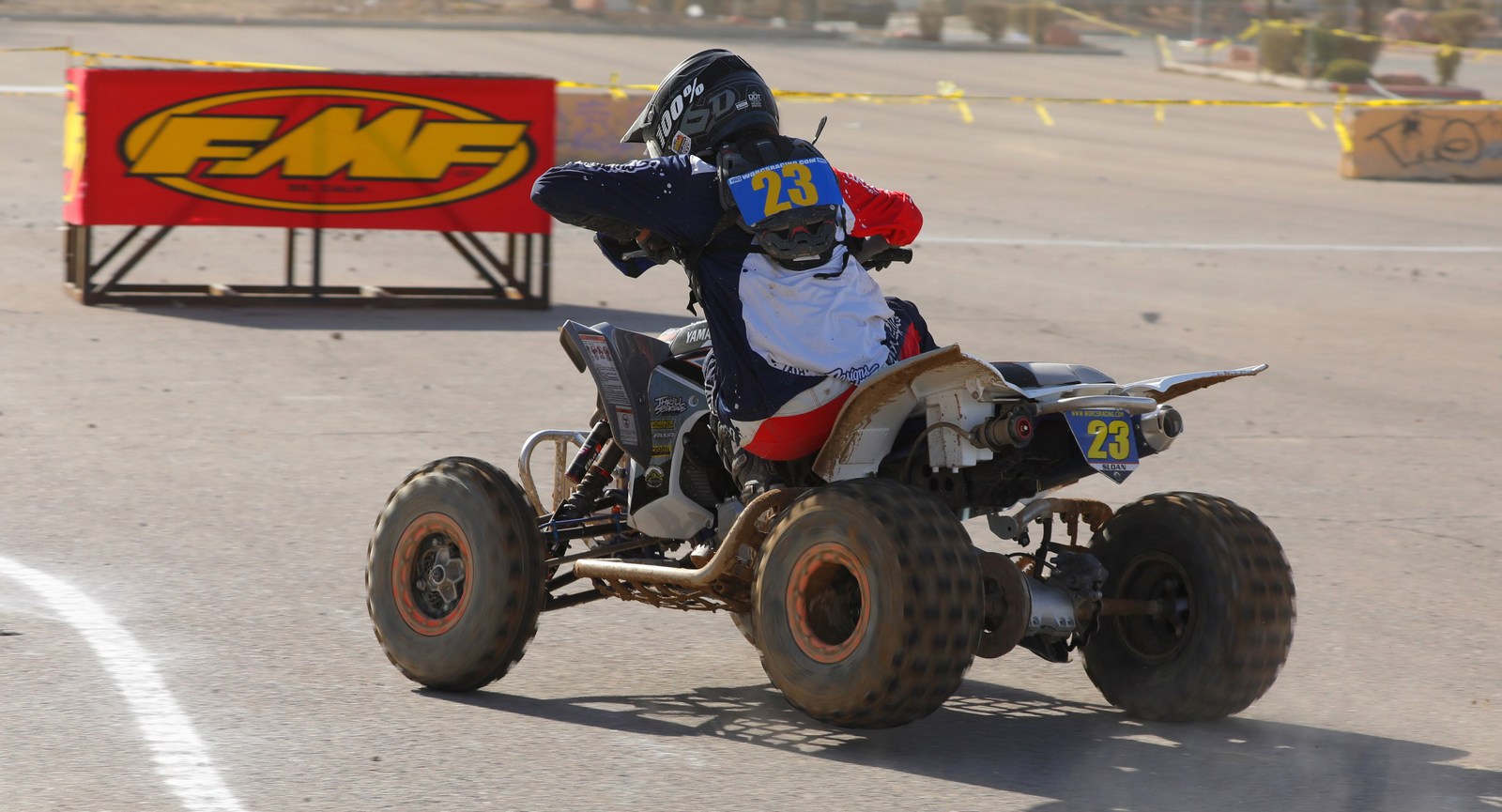 The longer format has brought pit stops into the mix, something the class didn’t have in year’s past. Sloan pitted just before Baron, but it ended up having little effect on the race. After experiencing physical issues one lap from the finish, Sloan charged hard on the final lap but came up just short. “On the second-to-last lap I started cramping and I made some mistakes,” said Sloan. “I put on a charge on the last lap. It wasn’t enough today, but we’ll keep charging and we’ll go on to the next one.”

Spooner didn’t have it easy in third, either. A bevy of fast competitors including Huff, Gonzalez, and Jarrett Curley were on his rear bumper the entire race. Spooner has made several changes to his program for 2020, the most significant moving from Honda to Yamaha. In addition, he has retired his late brother Jeffrey’s number 56 and is running #22 this season. “I’m pretty happy with third to start off the year; last year we had a DNF, so this is a much better start,” said Spooner. “Mike and Beau were on it today. These guys are all very good riders so to be up here is an honor.” 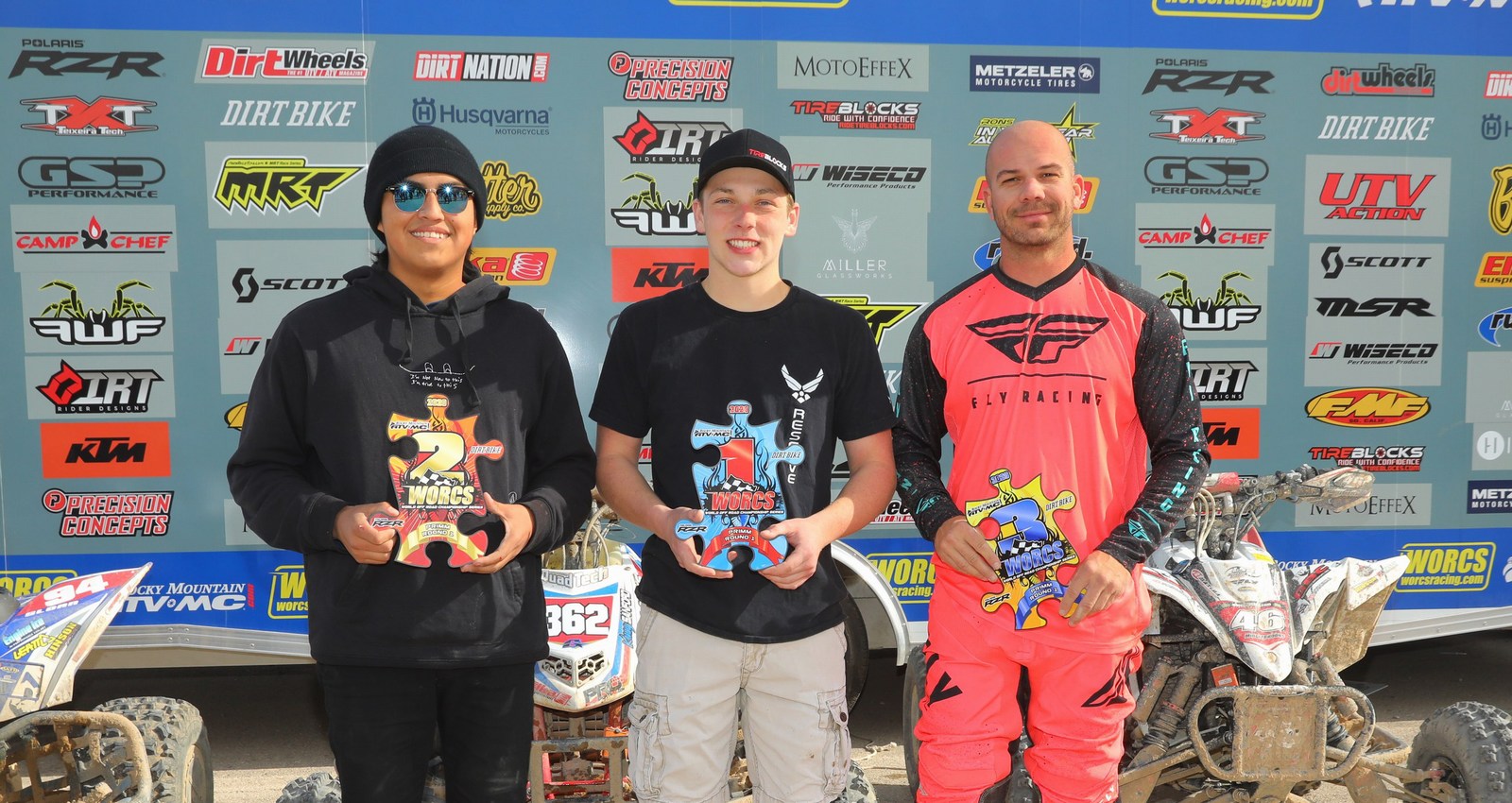 In Pro-Am, Sanford used the Pro section to his advantage. After starting sixth, he made a few passes and then took second when several riders got stuck in the logs. He then took the lead from Dylan Sloan, who was experiencing clutch issues, and wasn’t headed from there. Sloan was second, followed by Jared Middlebrooks. “I’m starting the year right,” exclaimed Sanford. “A lot of people got stuck in the first Pro section and I was able to make it through there easily.”

Sloan noticed clutch problems early, but he still held onto the lead until Sanford made his move. Despite the ailing bike under him, he stayed with Sanford until the finish. “On the second lap my clutch went out, so I just made the best of it and finished second,” said Sloan. “I battled with Kenny for the lead for several laps but once he got past me, I couldn’t keep up without a clutch.”

At 40 years old, Middlebrooks was definitely the elder statesman among the kids in the Pro-Am class. Despite his age, Middlebrooks put together a consistent run to kick off the season on the final spot on the podium. “I have no idea how my old ass got up here today,” said Middlebrooks with a chuckle. “I’d rather be lucky than good any day.” 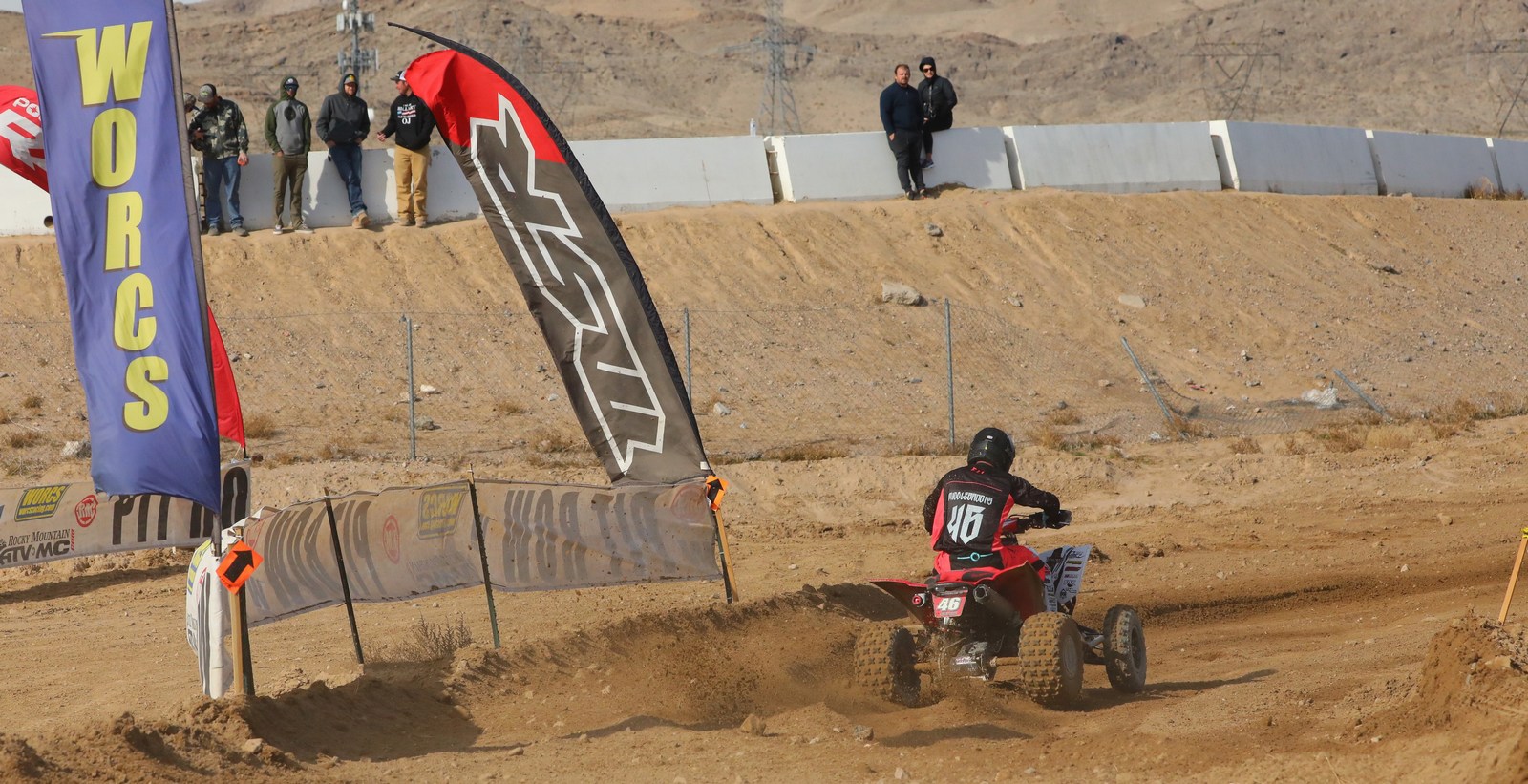