Las Vegas, NV – Robbie Mitchell beat out Beau Baron for a hard-earned victory during the Pro ATV portion of the Rocky Mountain ATV MC WORCS Series presented by Dirt Wheels Magazine and Toyota season opener. The event was held at The Orleans Arena. 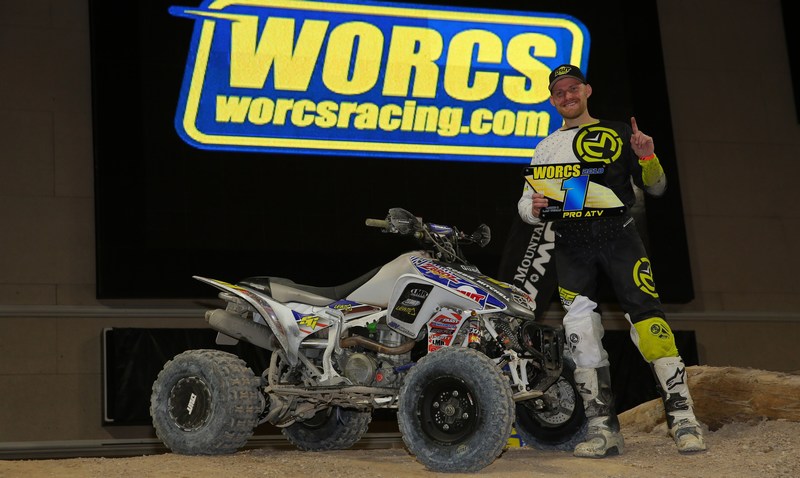 The race featured one of WORCS most unique courses. With sections comprising asphalt and dirt, the tight track also featured logs, tire barriers and even motocross style jumps. The track was laid out inside the arena and the parking lots surrounding the venue.

In what turned into one of the most intense races of the weekend, Mitchell and Baron put on another installment of their trademark “arena battle.” One of the best dead engine starters in the business with his Lindsay Machine Honda, Mitchell got off to a great start, but Baron kept him honest. The two even made contact at one point, with Mitchell just holding onto his Honda and going on to victory. Baron finished second, ahead Mike Sloan and Collins Webster.

“I love the tight and technical racing,” said Mitchell. “The Lindsay Machine Racing engine starts so well and having the start on these is so important. I knew Beau was going to be all over it. He’s got so many sneaky little lines to pass and I was just trying to anticipate what he was going to do, while limiting my mistakes.”

Baron started fourth and quickly battled past Sloan and Webster. Once he caught Mitchell, the fight was on and he tried every line he could to take the lead. Demonstrating amazing sportsmanship, Baron had several chances to take out Mitchell to take the win and chose not to.

“It was pretty amazing,” said Huff, who also won the Production A race. “I ended up getting right over the log at the start and pulling the holeshot. I led the race from start to finish. This track was the most fun of the three years we’ve done the indoor-outdoor event. It was definitely a blast and I was surprised how much fun I had.”

Sanford battled for the first two laps before Huff began gapping him. He was happy to finish second in just his third Pro-Am start. 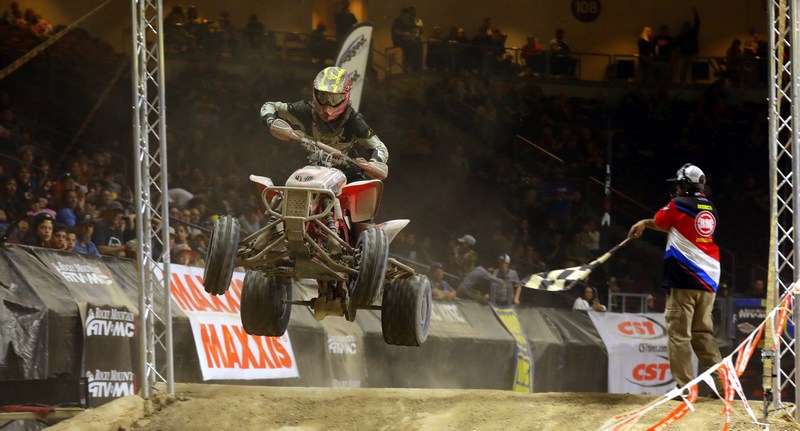 The WORCS Series will next head to a more traditional venue at the Canyon MX in Peoria, AZ. That race is scheduled for February 23-25.