Primm, NV – With Beau Baron having clinched the Pro ATV title, it was time for some fun in the Rocky Mountain MC World Off-Road Championship Series presented by Maxxis and Dirt Wheels Series. Having the time of his life was Robbie Mitchell as he held off a hard charging Baron to win his first career WORCS Pro race at the

END_OF_DOCUMENT_TOKEN_TO_BE_REPLACED 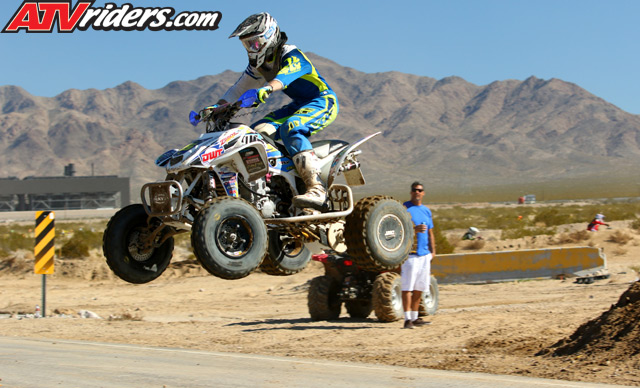 Primm, NV – H&M Motorsports’ Beau Baron clinched his second win of the season at round two of the 2015 Rocky Mountain MC World Off-Road Championship Series Presented By Maxxis and Dirt Wheels series at Buffalo Bill’s where he was joined on the WORCS Pro ATV podium by David Haagsma and Robbie Mitchell, while Mike Sloan claimed victory in the