Mesquite, NV – Beau Baron scored his second victory of the season during the Pro ATV portion of the Rocky Mountain ATV MC WORCS Series presented by Polaris RZR and Dirt Wheels event at Mesquite MX. The win, along with Mike Sloan’s disqualification, handed him the points lead. Travis Damon was second, ahead of Ricardo Gonzalez. Kenny Sanford remains unbeaten in Pro-Am with his fourth victory.

The event was held at on Mesquite’s combined motocross and desert off road track. While race organizers did everything they could, high temperatures led to dusty and rough track conditions. The off-road section was especially challenging as deep silt hid square edges and holes.

Baron snagged the holeshot and was leading going into the off-road section when Sloan performed a banzai sideways jump, narrowly missing a fence, and flew past Baron into the lead. Going into the motocross section on lap two, Sloan’s Yamaha suffered electrical problems, handing the lead and the win to Baron. Sloan was later disqualified for his mechanic working on his quad outside the designated work area.

The victory was Baron’s second on the weekend as he also won the SXS Pro Stock race. His finish combined with Sloan’s DNF should widen his points lead going into the next race. “Sloan went by me sideways and flew past me like I was standing still,” explained Baron. “Then he blew a couple of corners, so we were cat and mouse. I got back up on him at the moto track and then his bike just died. I had a pretty good gap and tried to maintain that for the rest of the race.”

Damon got off to a decent start on his Honda and tried to pace Baron in the early part of the race. As Baron began to open a gap, Damon set a pace he could keep and earned his second podium of the season. “The track was definitely demanding,” said Damon. “I just put my head down and tried to pace Beau, but he gapped me. I battled with Gonzalez on the first lap, got out of the dust, and set my own pace.” 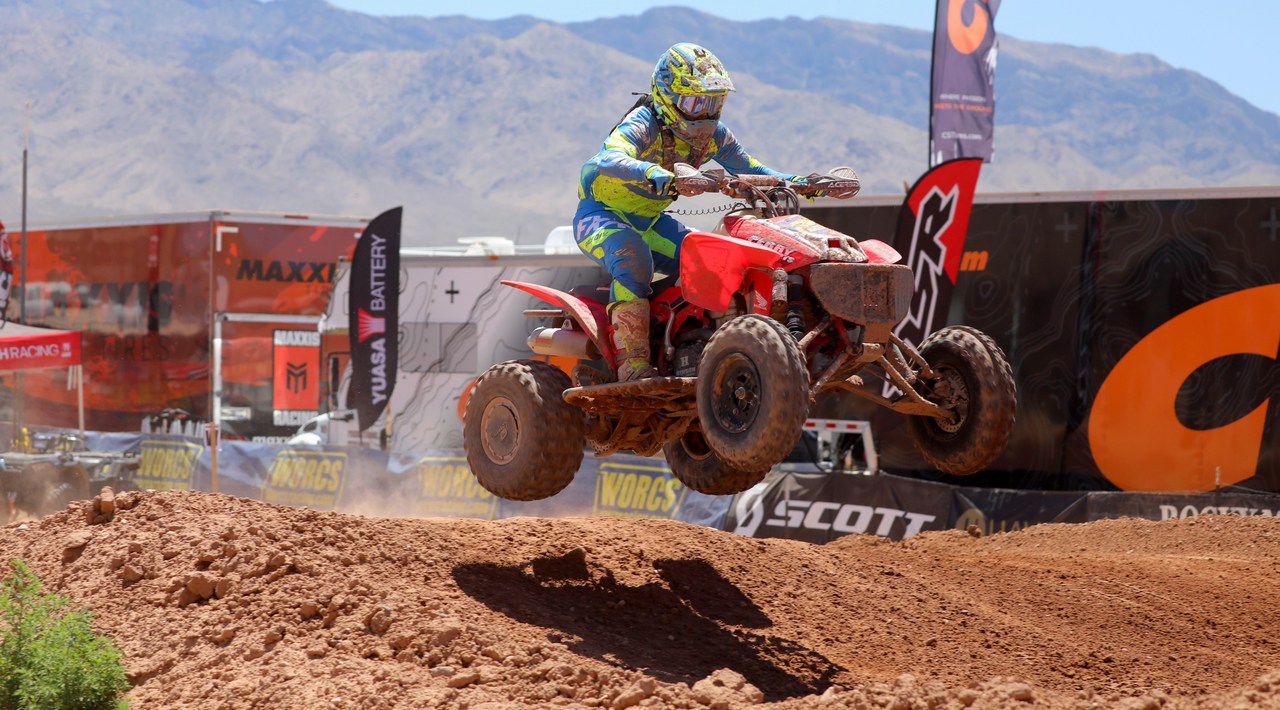 Gonzalez moved up to Pro this year after winning the Pro-Am championship last season. His progress has been swift, running in the top five for all three races prior to this one. He finished third after battling Damon and Evan Spooner and earned his first Pro podium. “I got a good start and I was in the mix with Travis and Evan Spooner,” said Gonzalez. “I got past Evan and tried to catch up to Travis. I just rode my own race, had fun, and took it to the end.” 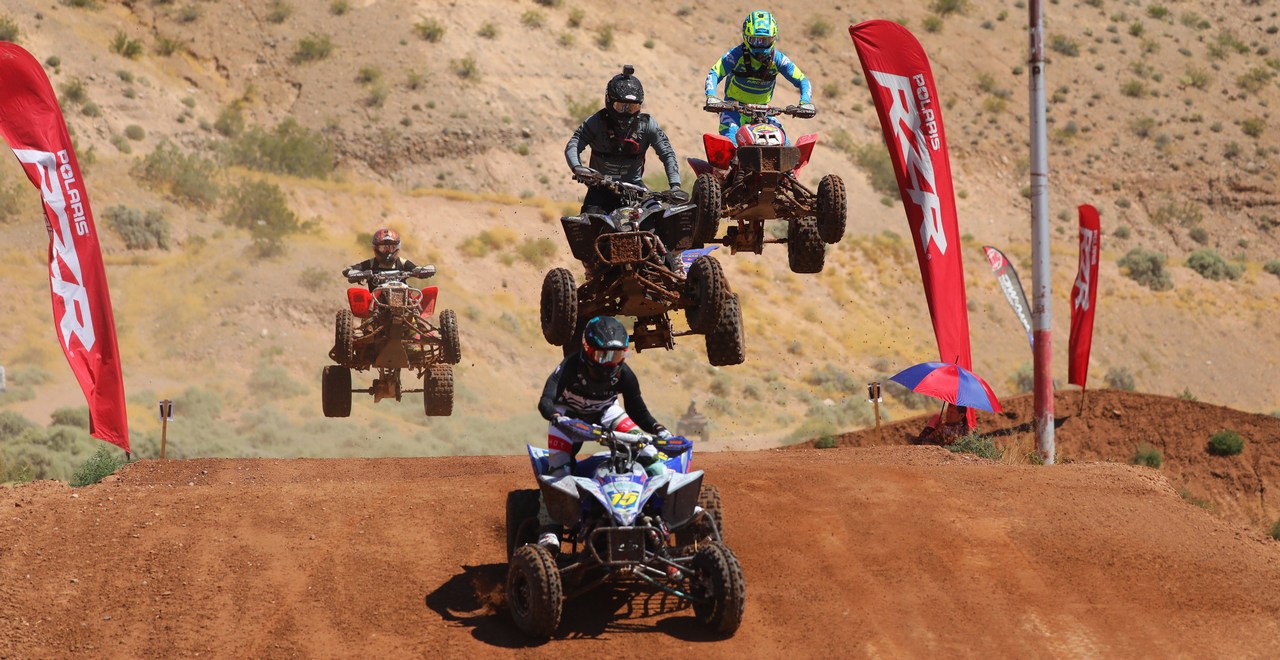 In Pro-Am, Sanford was again a dominant force as he rode his Honda into the lead at the start and he led every lap. Cody Sanford was second, ahead of Erin Simmons.

“It was really rough and long laps, but it was good,” said Kenny Sanford. “Today the track was a lot deeper and had more braking bumps.”

Cody Sanford followed Kenny throughout the race and finished second. It marked his first podium of the season. “The track was definitely rough today,” said Cody Sanford. “It was fun, and it was good.”

Simmons put all of his desert racing experience to the test here as he negotiated the tough off-road section. His third-place finish marked his second consecutive podium effort. “The track got super rough at the end, so we just tried to set a good pace and see what we could do at the end of the day,” said Simmons. “I really like the desert stuff and I like the rougher stuff.” 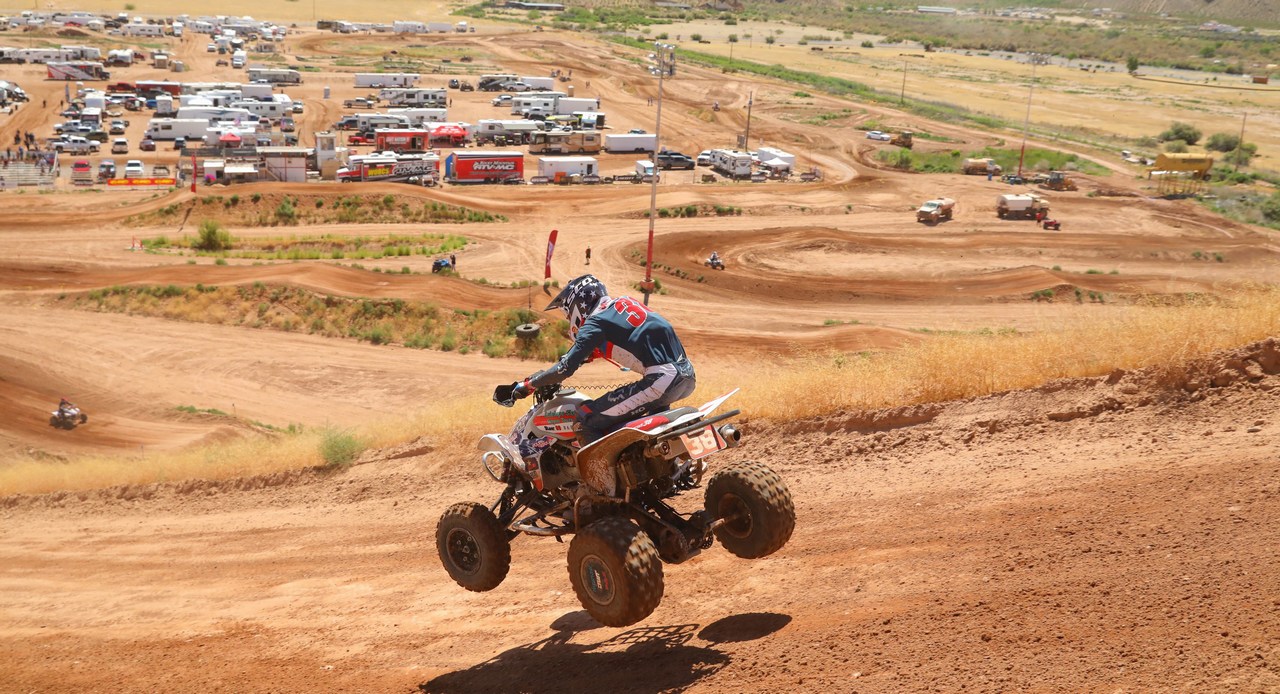 The WORCS ATVs heads to Wickenburg, AZ for the next round of competition scheduled for June 19-21 at a brand new WORCS race location.