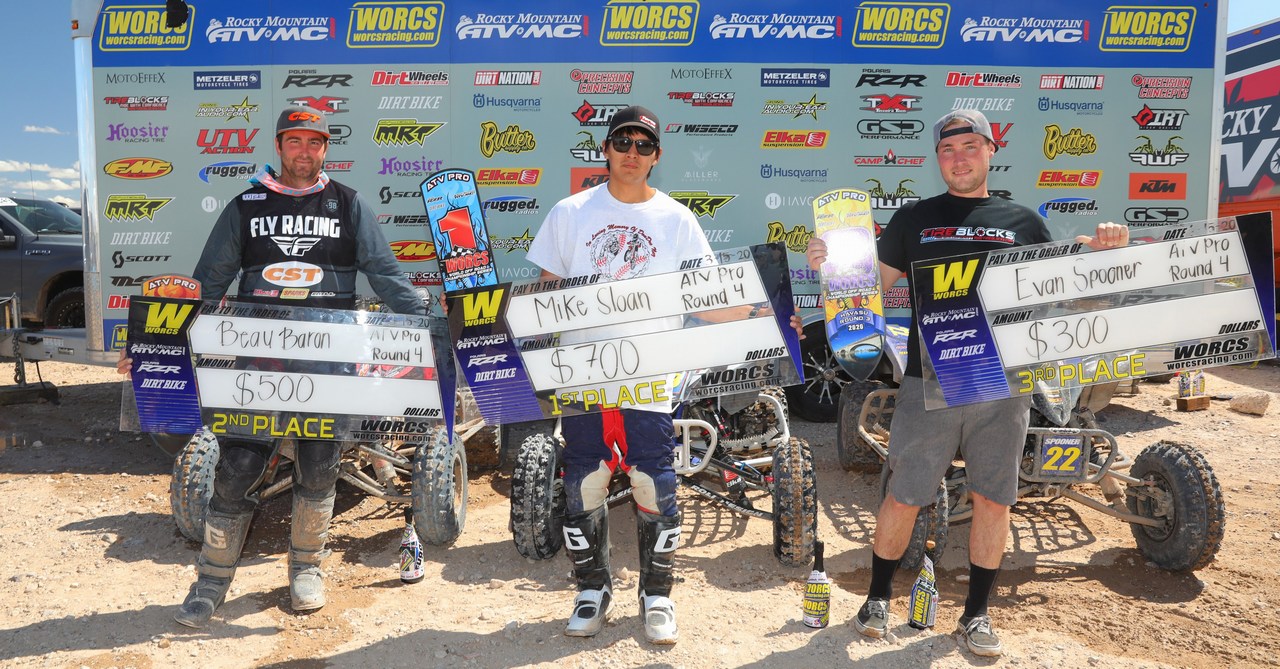 The event was held at the challenging combined off-road and motocross course adjacent to Lake Havasu. Heavy rains leading into the event raised lake levels forcing officials to shorten up the course slightly. The popular lagoon jump was back and gnarly as ever, as were the Lake Havasu fans, who turned up despite the media noise surrounding the Coronavirus. 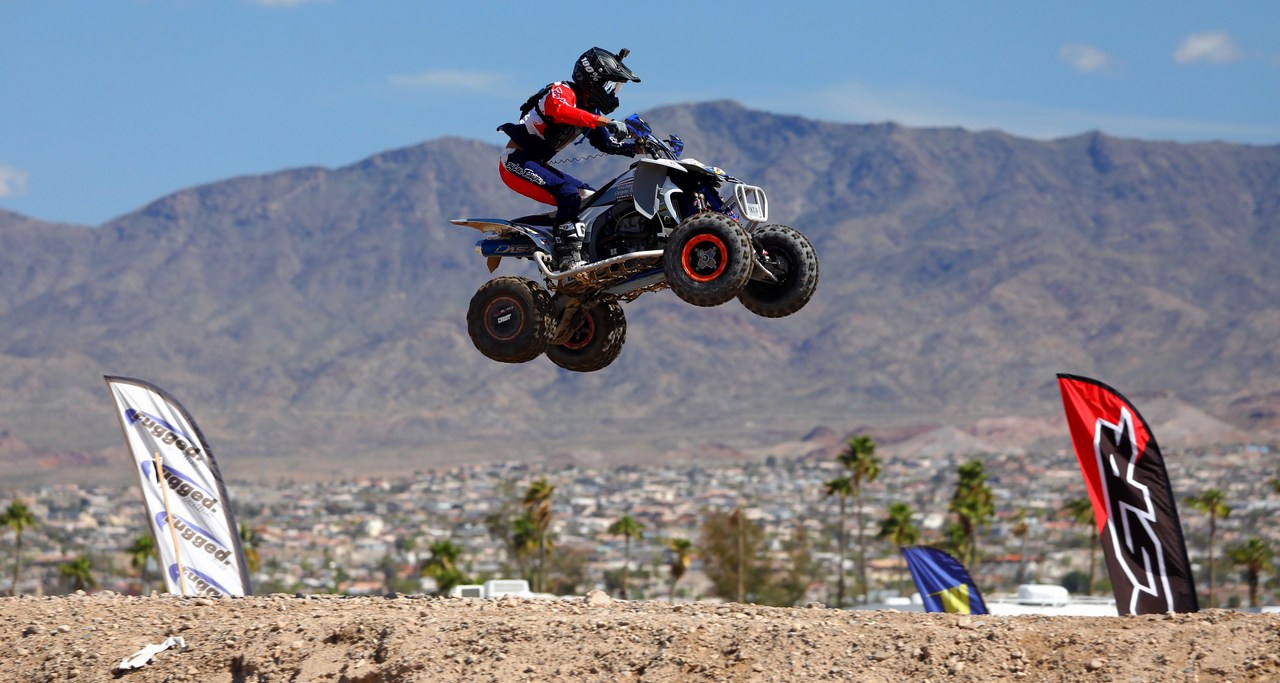 Sloan took the lead from the dead engine start and rode hard for the first few laps before setting into a smooth and consistent pace. His two victories, combined with a mechanical DNF by Baron at the last race, hand him a nice points lead three races into the season. “I tried to ride calm,” said Sloan. “My suspension was a little soft for the conditions, so I had to back off a little bit. Once I figured out the track, I was able to push. About halfway it got really rough, so I had to try to keep my position and I got the win. The track is mentally and physically tough.” 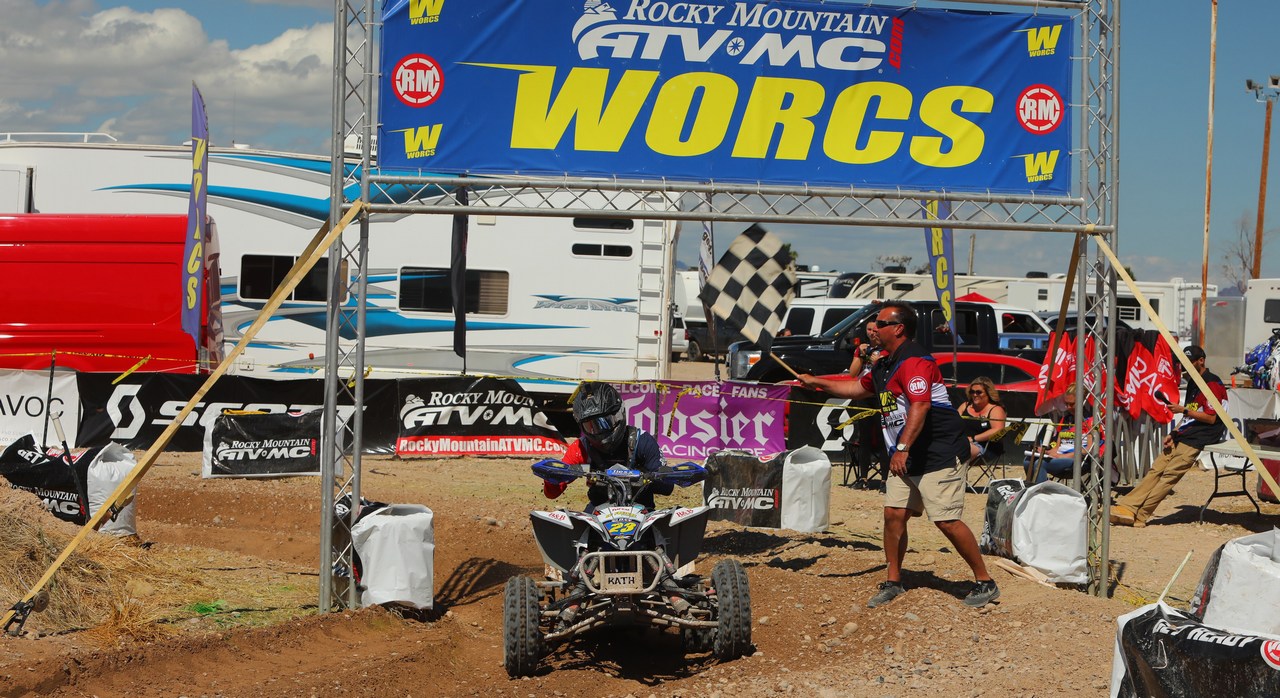 Baron got into a position between Sloan and the rest of the pack but wasn’t able to gain on Sloan. An error in setup put his suspension a bit on the soft side for the conditions, and he nursed a sore lower back to finish second. “I thought I came up with a good setup for my suspension on Saturday, but I overlooked how the track was going to get,” explained Baron. “I chose a soft setup and my suspension was just blowing through the stroke and it hurt my lower back. So, I backed it down and rode between Sloan and the rest of the pack.” 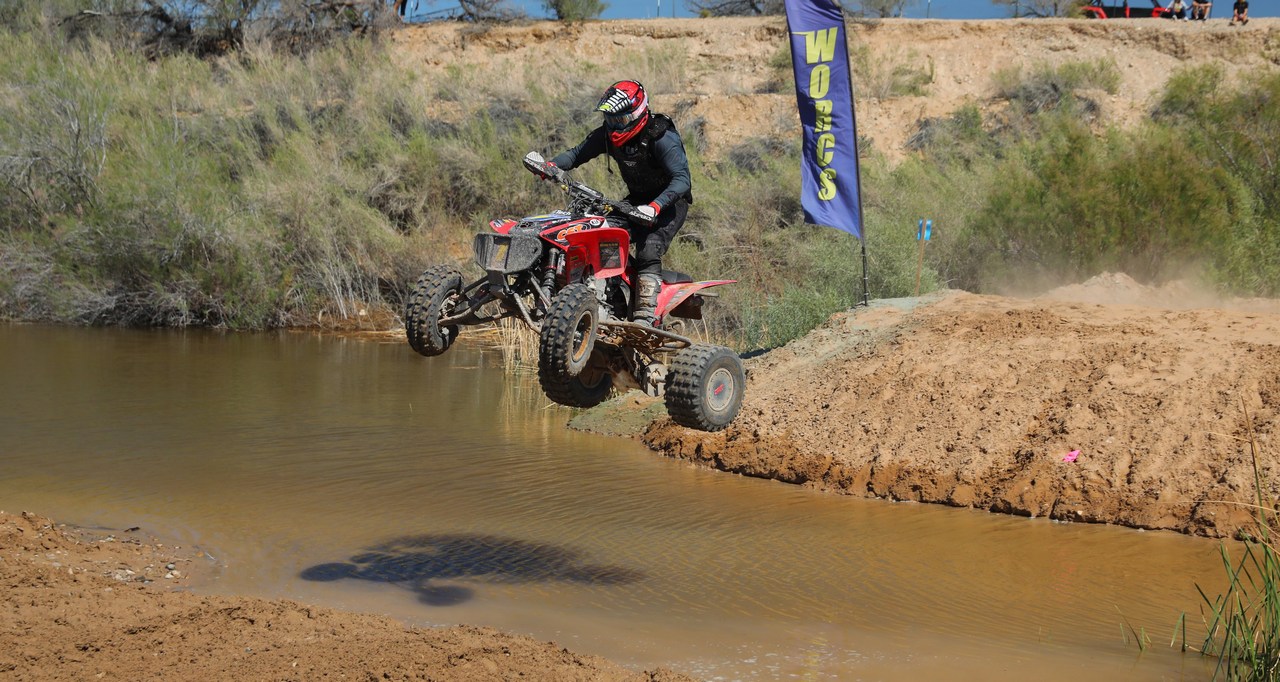 Spooner got an excellent start but got jumbled with another rider just off the flag. After gathering his quad back up he restarted last and rode through the field to nail the final spot on the podium. “I started from the flag drop, got tangled with another guy and had to come from dead last. It was a really rough track with a lot of whoops and square edges, so you had to keep your momentum going. It’s nice to be back on the podium.”

In Pro-Am, Sanford moved his win streak to three with another victory. He took the lead at the start and was never seriously challenged. Brian Jackson was second, followed by Erin Simmons. Sanford admitted he set too fast of a pace to start the race and had to back it down as the track got rough. 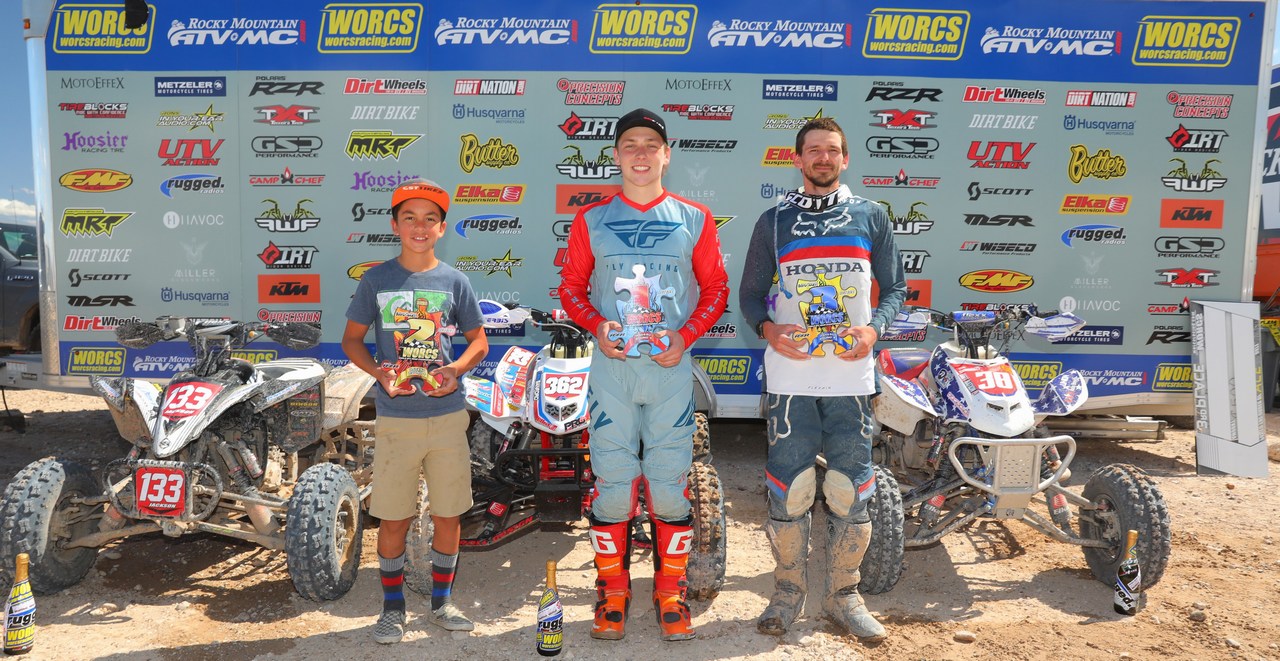 “It was super rough,” said Sanford. “I was going a little too fast and wore myself out a little bit. I had to tone it down in the end to keep it going.” 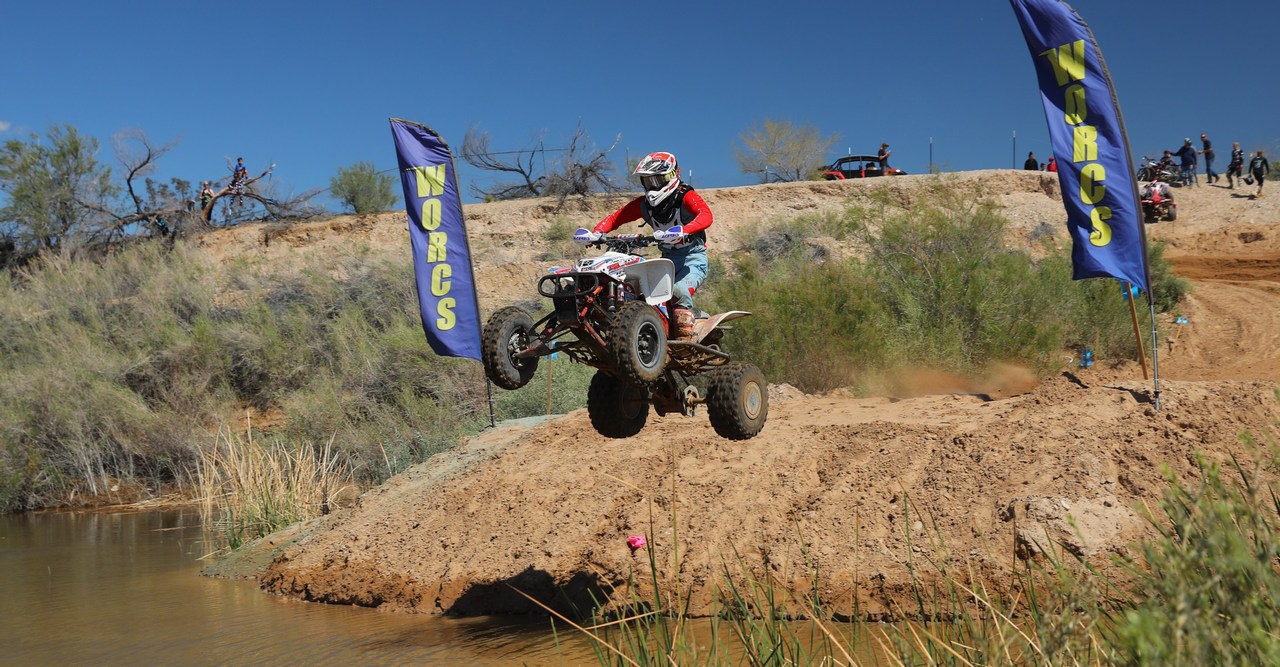 The 12-year-old Jackson showed the poise of a veteran racer twice his age. After getting a decent start, Jackson never overrode the bike and put in consistent laps to score the podium finish. “I put in the practice and did my best,” said Jackson. “I put in the work and it paid off.” 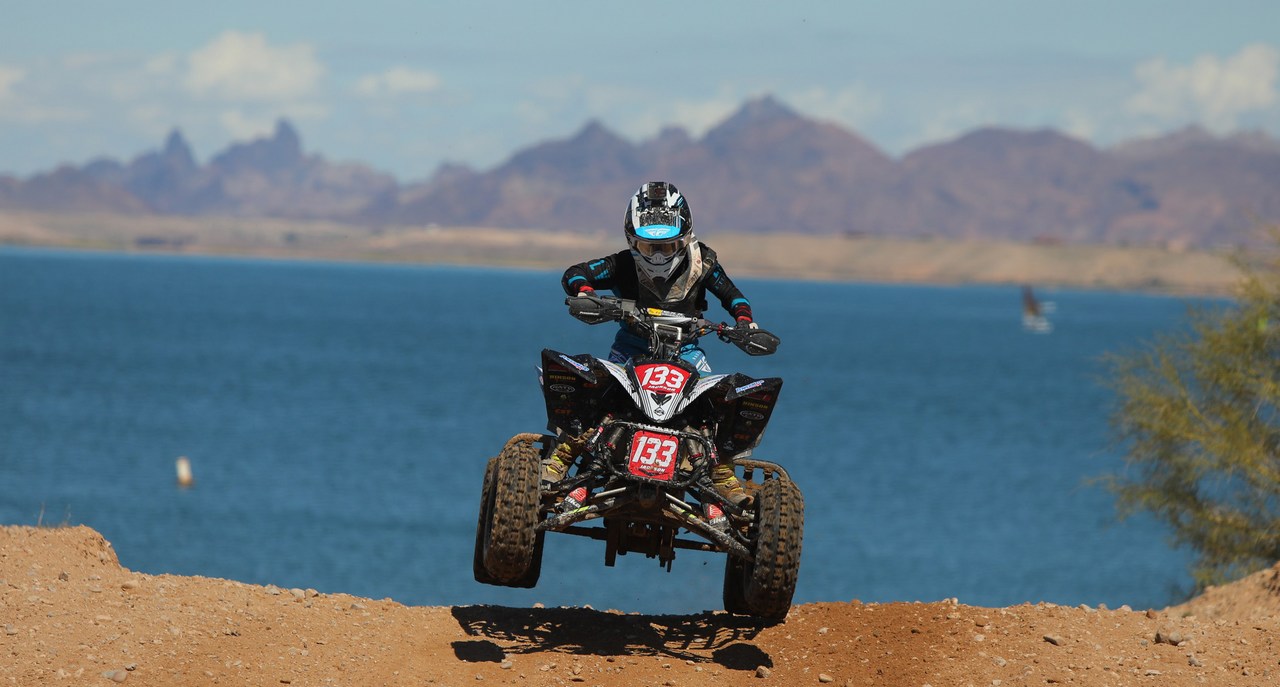 Simmons’ race nearly ended before it started. After getting a decent start he stalled his bike in the first corner. Making up ground quickly, Simmons rode a smooth race on the rough course to score his first podium of the season. “I stalled it at the start and I just tried to hammer down and stay as consistent as I could,” said Simmons. “I was a little intimidated by the lagoon jump and the track got really rough. I just tried to maintain.”

The WORCS ATVs will be back in action April 10-12 at Shorty’s Sports Park in Blyth, CA.