The Lake Havasu round always pits machine against track, and just making it to finish is sometimes an accomplishment in itself. With its challenging big air lagoon jump and super deep ruts, the track definitely took its toll on machinery. Held during Spring Break and despite the current pandemic hysteria, fans still turned out to watch both from the side of the track and in boats on Lake Havasu itself.

Miller started on the second row and quickly set a strong pace headed toward the front. He passed Judge on lap two and made it into the lead one lap later. From there, he did his best to preserve the car and he made it to the finish, albeit in two-wheel drive.

“This is always an attrition race, so I tried to go easy as I went through the pack and it worked out,” said Miller. “This track is really hard on cars and I had my share of problems. It was definitely just about getting to the finish line. George White came with us and thank God because we made some big changes after practice which made the car much more drivable in the deep ruts.”

Bonanno, a privateer in the series, had a ton of work in getting his car ready for this round and it paid off. Survival is what did it for Bonnano and he was pleased with a podium finish.

“I just went out hoping to finish and here we are,” said Bonnano. “We have a lot time into this car and it’s coming together.” 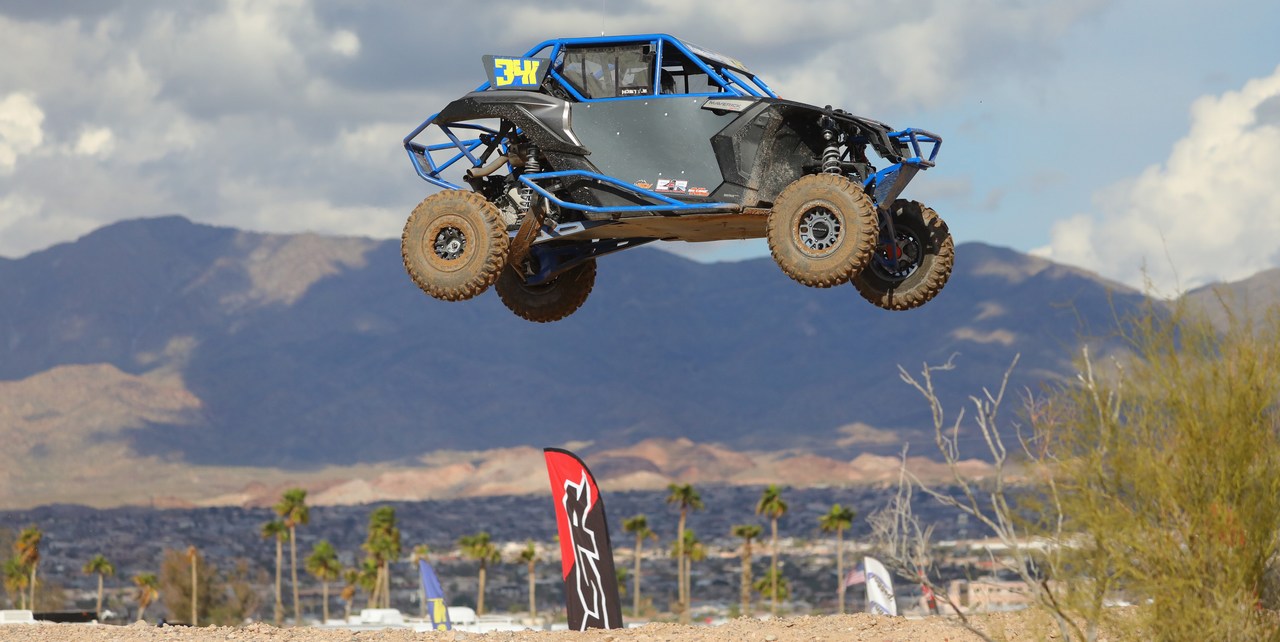 Haagsma made a bet that horsepower wasn’t nearly important as longevity and elected to run his Pro Stock Polaris RZR RS1 in the turbo class. That bet paid off big time as he not only survived to landed on the podium again. The short wheelbase and stout construction of the single seater held up perfectly. “I’m really excited because we decided to run the RS1 against all of these turbo cars this weekend,” said Haagsma. “I knew the car would hold up on this track, which is the gnarliest track we’ll see all season.” 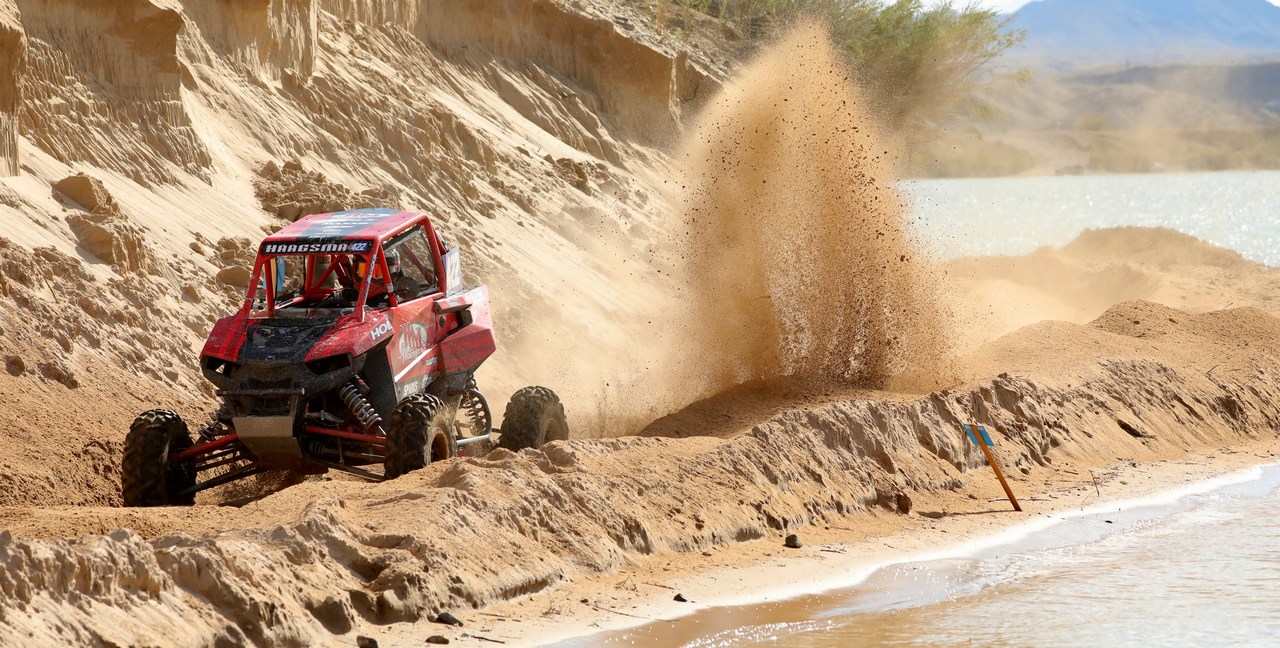 After scoring his first Pro Stock podium of the season in the last race, Johnson predicted that this might just be his year. He backed that up with his first career victory. Haagsma was second, followed by Beau Baron. All were driving Polaris RZR RS1s.

Haagsma took the lead at the start and hit the lagoon jump hard on the first lap. Electing to go around it on lap two, Johnson seized the opportunity and took the lead for good. From there he held a steady pace to score his first WORCS Pro victory. Johnson finished second in round one and third in the last race, so he is a strong contender for the title this season. “I finally have this four-wheel thing figured out,” exclaimed Johnson. “David gave me a gift going around the water jump and during the last two laps I heard everything that was wrong with my car. Every rock that hit the car made me nervous. I’m stoked because this year has been totally different. My Polaris is just badass.”

Haagsma did not like the way his car responded the lagoon jump and went around for the rest of the race, knowing he’d be running the same car later in Pro Production. Despite finishing second, Haagsma won the first two races and still holds a commanding lead in the championship. “I got a great start, came up to the lagoon jump on the first lap and it hurt so I didn’t want to do it again,” said Haagsma. “So, CJ came up and got past me. I couldn’t catch him, and I wanted to save the car.”

Baron has had his share of issues this season and earned his first SXS podium of the season here. He motored his RS1 through the deep ruts to finish third. “I’m pretty pumped because the track was super brutal out there and I’m just glad to get a finish,” said Baron. “This year it’s extra tough because the cars are getting bigger tires every year and the ruts just get deeper.” 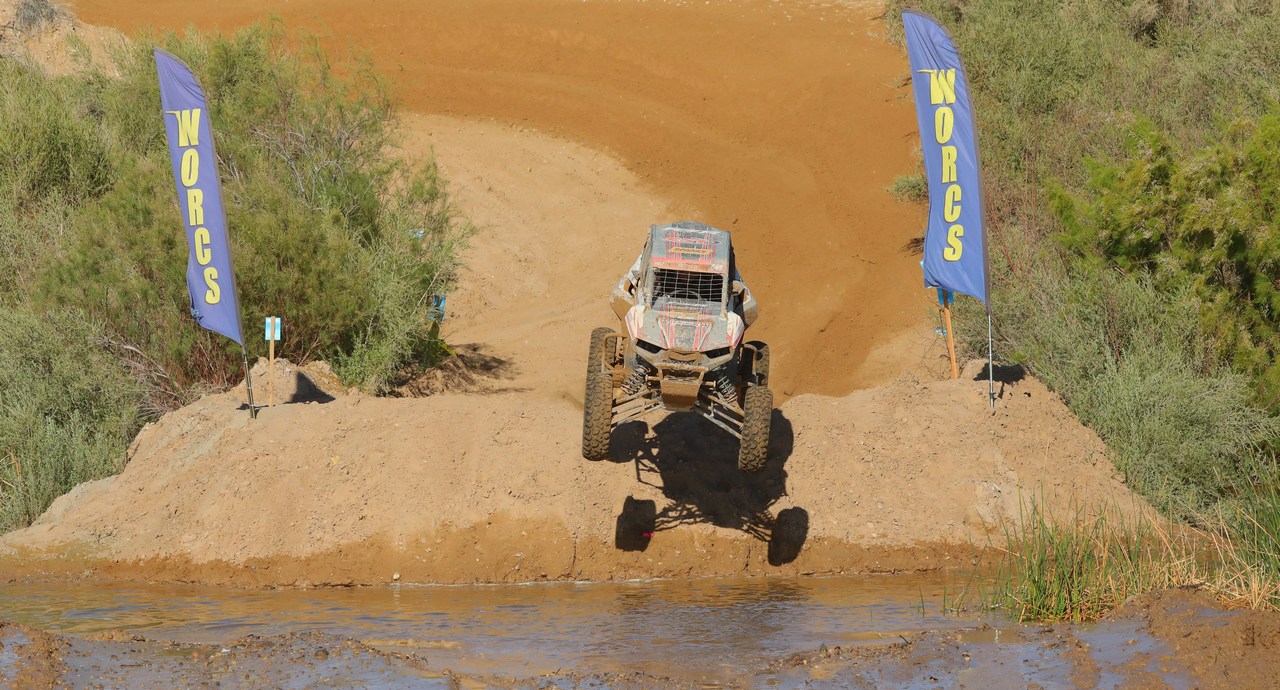 The WORCS SXS classes next head just south of Lake Havasu to Shorty’s Sports Park in Blythe, CA. That race is scheduled for April 10-12.