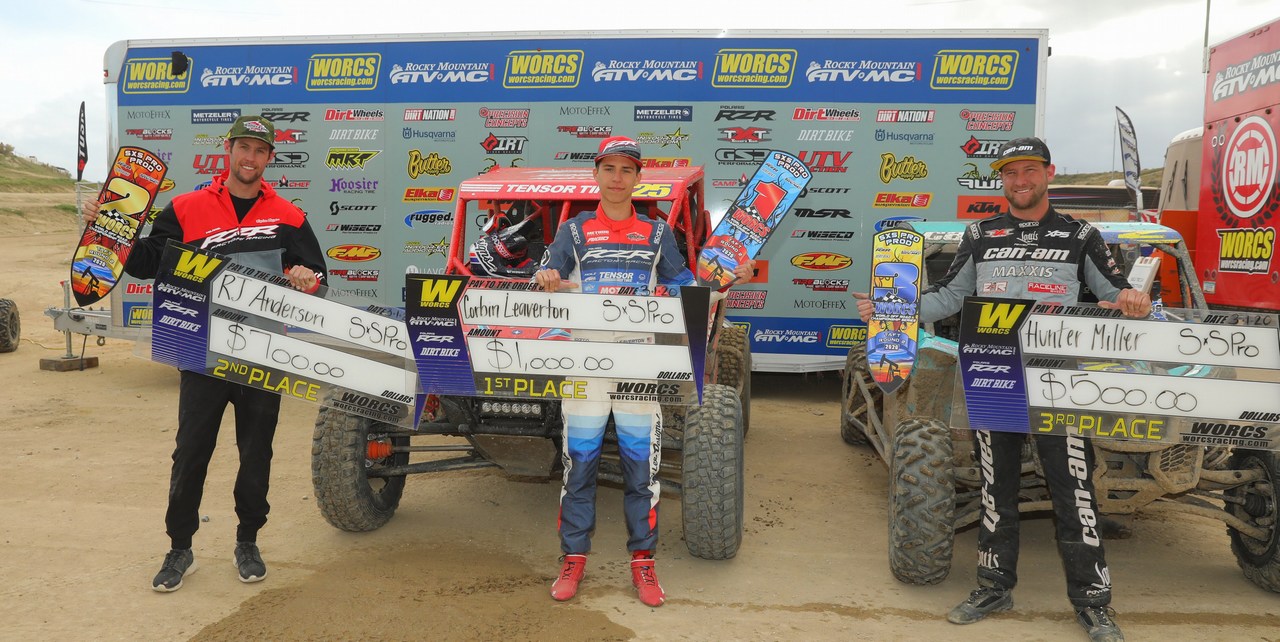 The event was held at the off-road and motocross track known for its big jumps and fast racing. Silt beds and dry weather combined to make dust an issue but WORCS did an excellent job watering the track to ensure good visibility.

Leaverton, who won the 2019 Pro Stock Championship, stepped up to the faster Pro Production class this season and hasn’t lost any ground. After taking the holeshot from the front row, Leaverton led every lap from there, holding off Anderson for the victory. 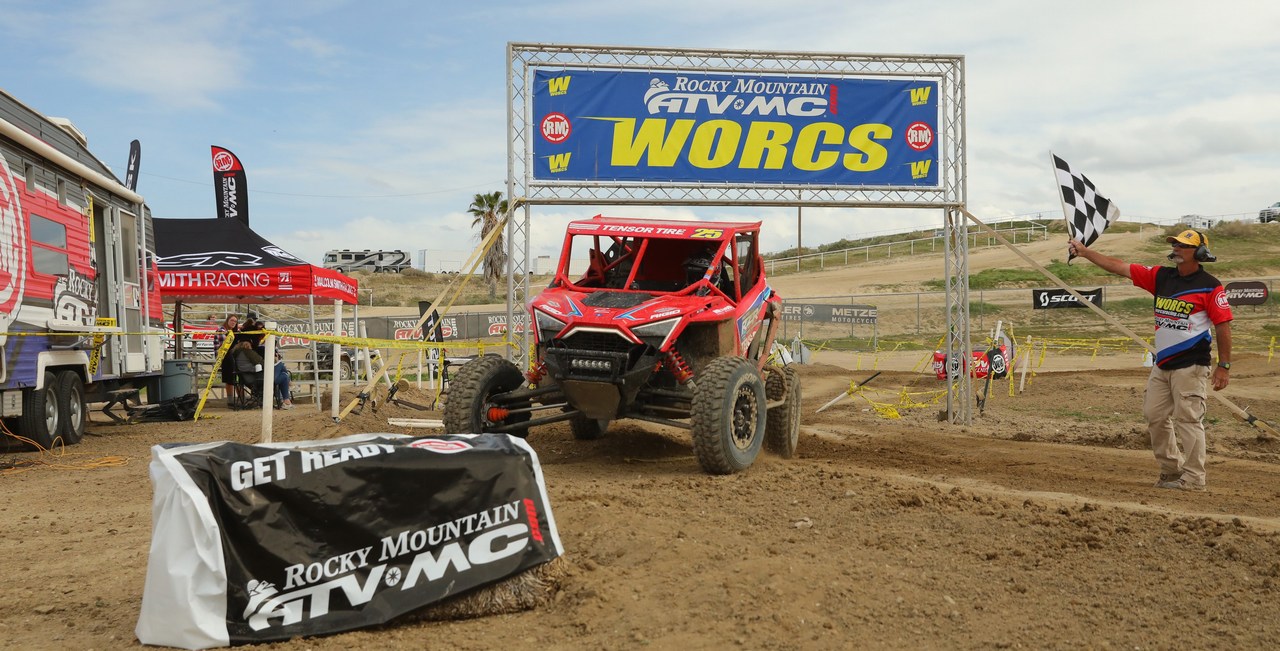 “This thing yanked a good holeshot and I never looked back from there,” said Leaverton. “The track got really fun for me and having no dust was a big advantage. I’ve always rode dirt bikes, so a great moto track is always fun for me. This was the smoothest course I’ve run all year due to the great track prep. This is a great points lead for me; I’m stoked.”

Anderson was definitely in the thick of things in his Polaris and he and Leaverton were swapping back and forth on adjusted time. On the final lap, the right rear tire of his machine broke off and he limped it home on three wheels for second.

“We had it until the wheel came off,” said Anderson. “With about a mile to go my right rear sheared right off and almost fully wadded the car. The track was super fun. There was a lot silt in the back so if you got up on someone, you’d lose time in the dust, so you had to choose your lines wisely.”

After a DNF in the opening round, Hunter Miller came back strong here in his Cam-Am Maverick X3. After starting on the last row, Miller put on a show, driving from back to front to score the final spot on the podium. The podium finish assures him a front row starting position in the next race. 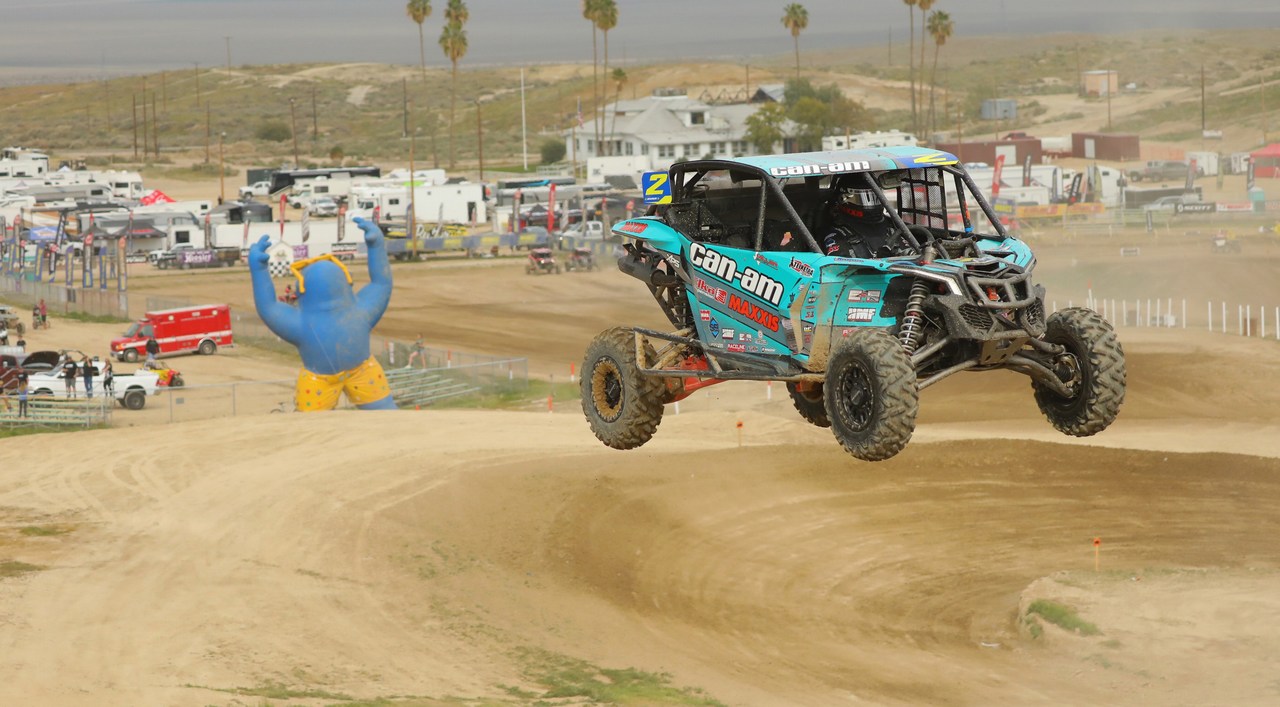 “I probably should have been a little more aggressive and that cost me some time for sure,” said Miller. “I’m on the podium so that should put me on the front row for Havasu. We’ll be in a good position there to start moving forward. The key to this series is consistency. I already have one DNF, but I’ll try to make up for it from here. We have a lot of racing left.”

Cody Miller was caught unawares at the start and got off the line last. Despite the misstep, he was quickly into the fray in his Cam-Am. He was catching the leader, but a pinched brake hose and a 30-second penalty put him fourth at the finish. Interestingly it was his second consecutive fourth-place finish.

“I pulled a bonehead move and my car wasn’t in gear when the green flag flew, so I came off the line last,” said Cody Miller. “I was mid pack on the first lap, but the dust was just killing me. Every time I made up some time on Corbin I’d get into the dust and he’d pull me again. I had a brake line get pinched at the end of the race so that hurt my pace a little bit.”

In Pro Stock, Haagsma continued a break-out season, winning his second consecutive event. But his race was almost over in the first turn. After leading from the start Haagsma slowed going into the first turn and Chris Johnson plowed into the front end of his machine. Haagsma quickly rejoined the field third and took a lead he would never relinquish. Ronnie Anderson finished second, ahead of Johnson. All three were driving Holz Racing Products Polaris RZR RS1s.

“I thought that was going to end our race right there,” said Haagsma. “That put me back to third. I got past CJ in the second corner and I took the lead from there. I just kept pushing and tried to keep a gap. It came down to the very last second, but we were able to get the win.”

Ronnie Anderson started well back in the field but was challenging Haagsma on adjusted time throughout the race. He finished less than four seconds behind Haagsma in second. “I had a bad race at Primm, so I started on the third row,” explained Ronnie Anderson. “I started picking people off on the first lap. I calmed down and I was hitting my marks. We’re ready for the next round.” 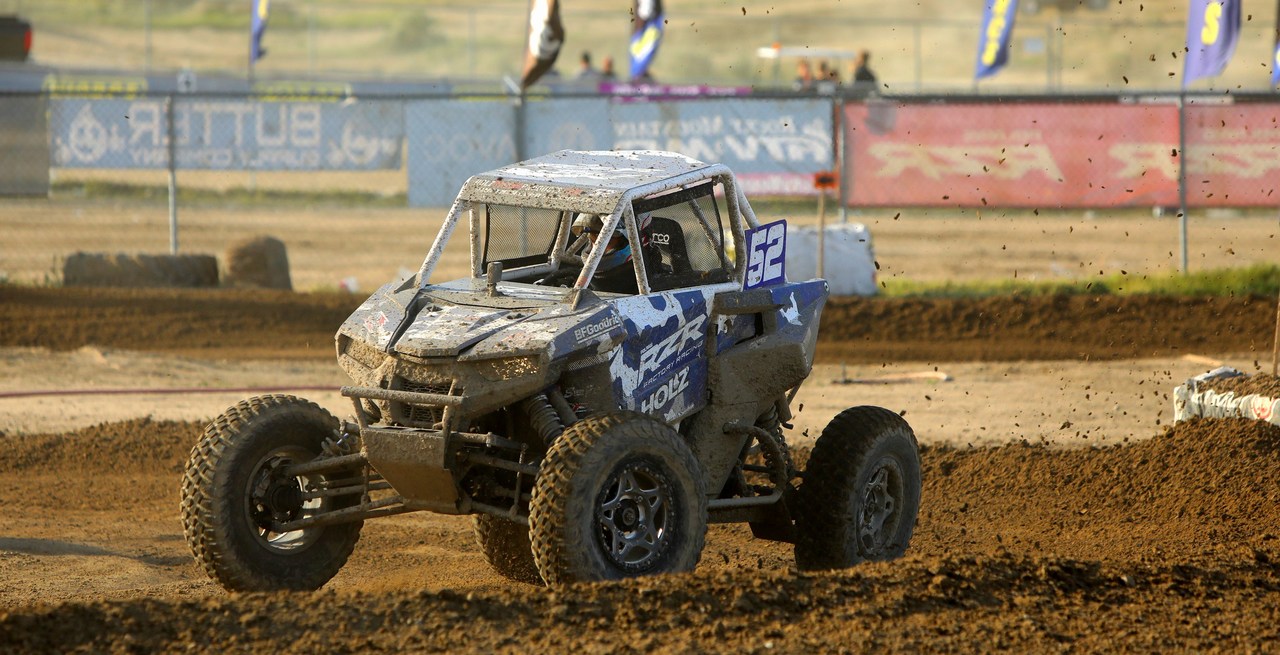 Johnson admitted his role in the first corner fracas and was glad everyone came away unscathed. Johnson kept Haagsma in sight throughout the race from third. After finishing second in the opening round, Johnson is having a breakout season in WORCS and looks to be a championship contender two races in. “I didn’t realize he was going to let off and I was coming in hot,” said Johnson. “I’m glad we didn’t break anything. I lost a couple of spots because of that. I finally got a clear track and kept David in check for the whole race. I think I finally figured this thing out and this year is going to be a lot different for me.”

The WORCS SXS classes next head to Lake Havasu City, AZ for a double header round around one of WORCS most challenging courses. The events are scheduled for March 13-15.