The event was held on the off-road circuit surrounding the Nevada border town. Along with the off-road sections, officials put plenty of work into special Pro sections that included logs, rocks, and K-rails.

Zach Bell led from the start of the Pro race but pulled off part of the way into the first lap with a mechanical issue. That handed the lead to Robert, who then had to hold off a charging Oliveira, who stayed within his roost for most of the race. In the end, though, Robert built up a 40-plus second lead on his KTM during the final lap and went on to victory.

“I don’t know what happened to Zach; we were wheel to wheel and he just pulled off to the side of the track,” explained Robert.

“After I got past him, I put down the charge, but Dante was riding really well. He stayed in the same 10 seconds behind me the whole time. I finally broke free but I had to keep an aggressive pace the entire race.” 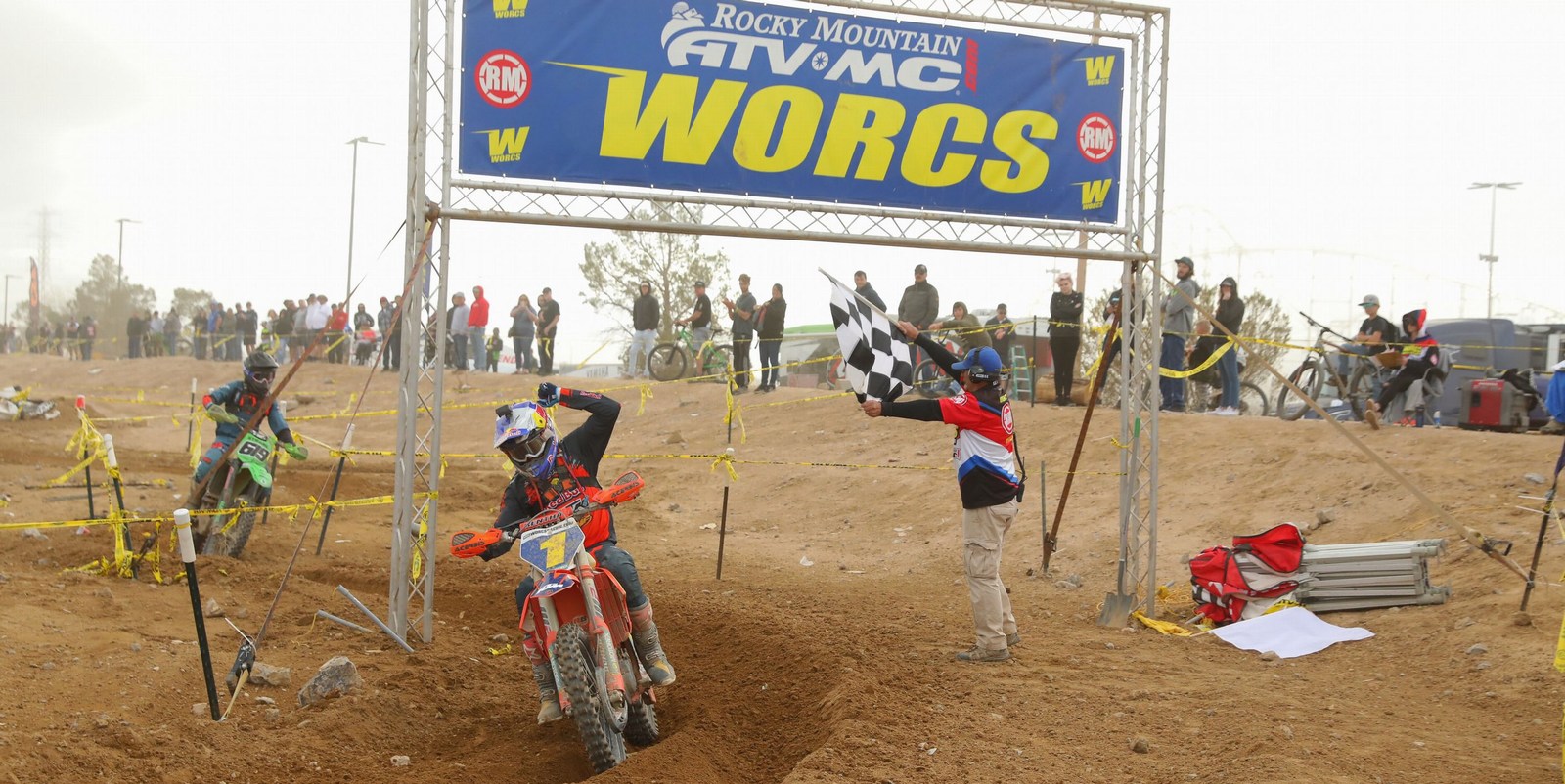 Getting an excellent start on his KTM, Oliveira dumped it in the first Pro section and fell back to eighth. Utilizing the hard-charging style that put him second in points last year, Oliveira was quickly on Robert’s tail and he dogged him throughout the race.

“I got as many passes as I could and I got up to third on the first lap,” said Oliveira. “Then I chased Taylor Robert the rest of the race. I wish I could have battled Taylor there, but it was still a great ride.”

Redondi won the 2018 title but missed most of last season while racing in Europe. This year, with a new contract from Husqvarna USA, the Italian rider will contest the entire season. Though suffering from the a broken nose, he held on for the final spot on the podium. “It’s my dream to come back and race here so a big thank you to Husqvarna USA for the opportunity,” said Redondi. “I gritted my teeth today and did the best that I could. We’re super happy about the podium and there are 19 races to go.” 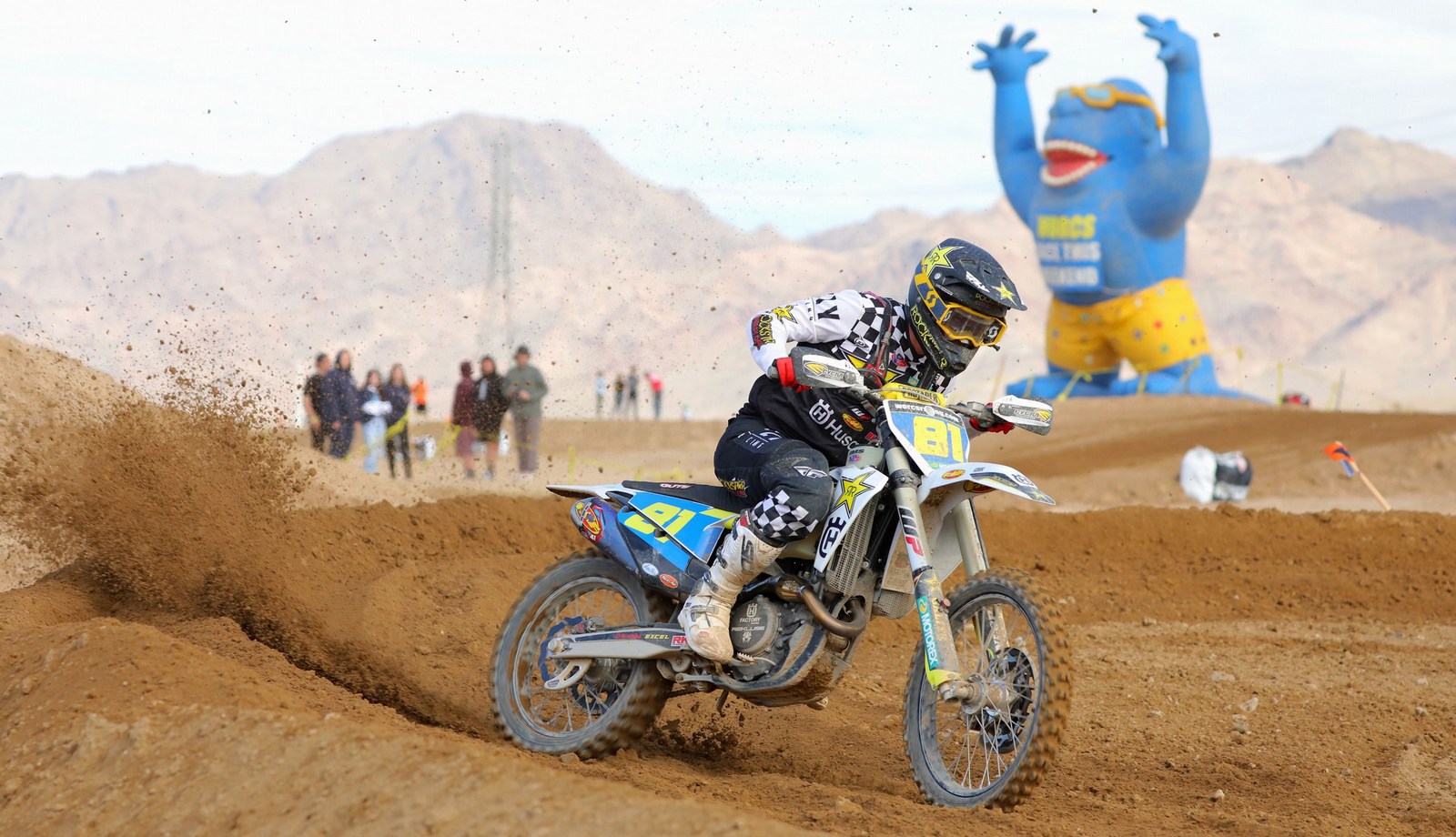 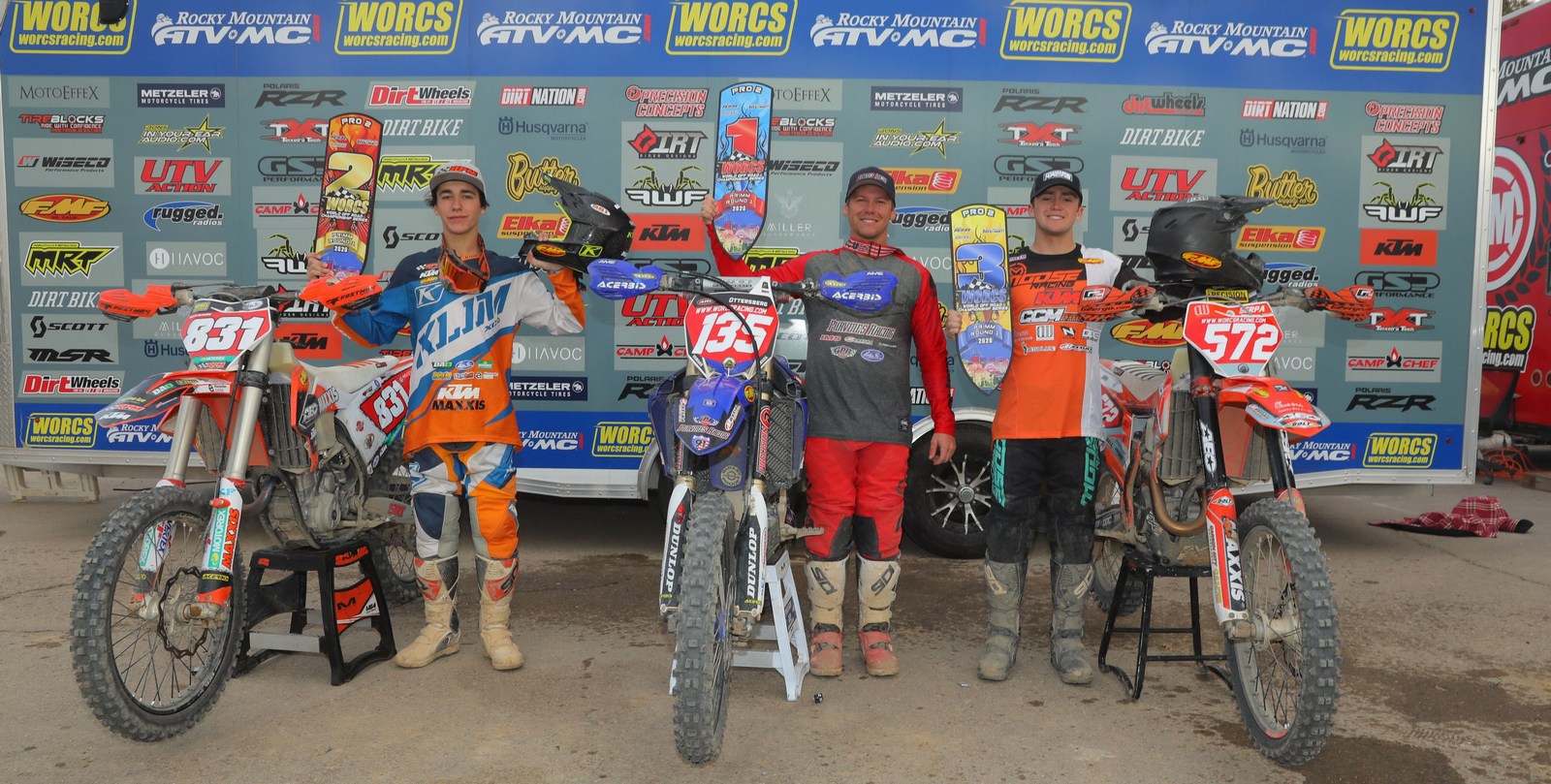 Ottersberg joined the Purvines Yamaha Racing team for 2020, and scored his first WORCS victory with his new team at the WORCS opener. “I just ran a steady race and I was able to wear him out,” said Ottersberg. “But those last two laps were stressful. Every time I hit those K-rails I tried to hit them clean. This is my first national win, so I was scared to death on that final lap.” 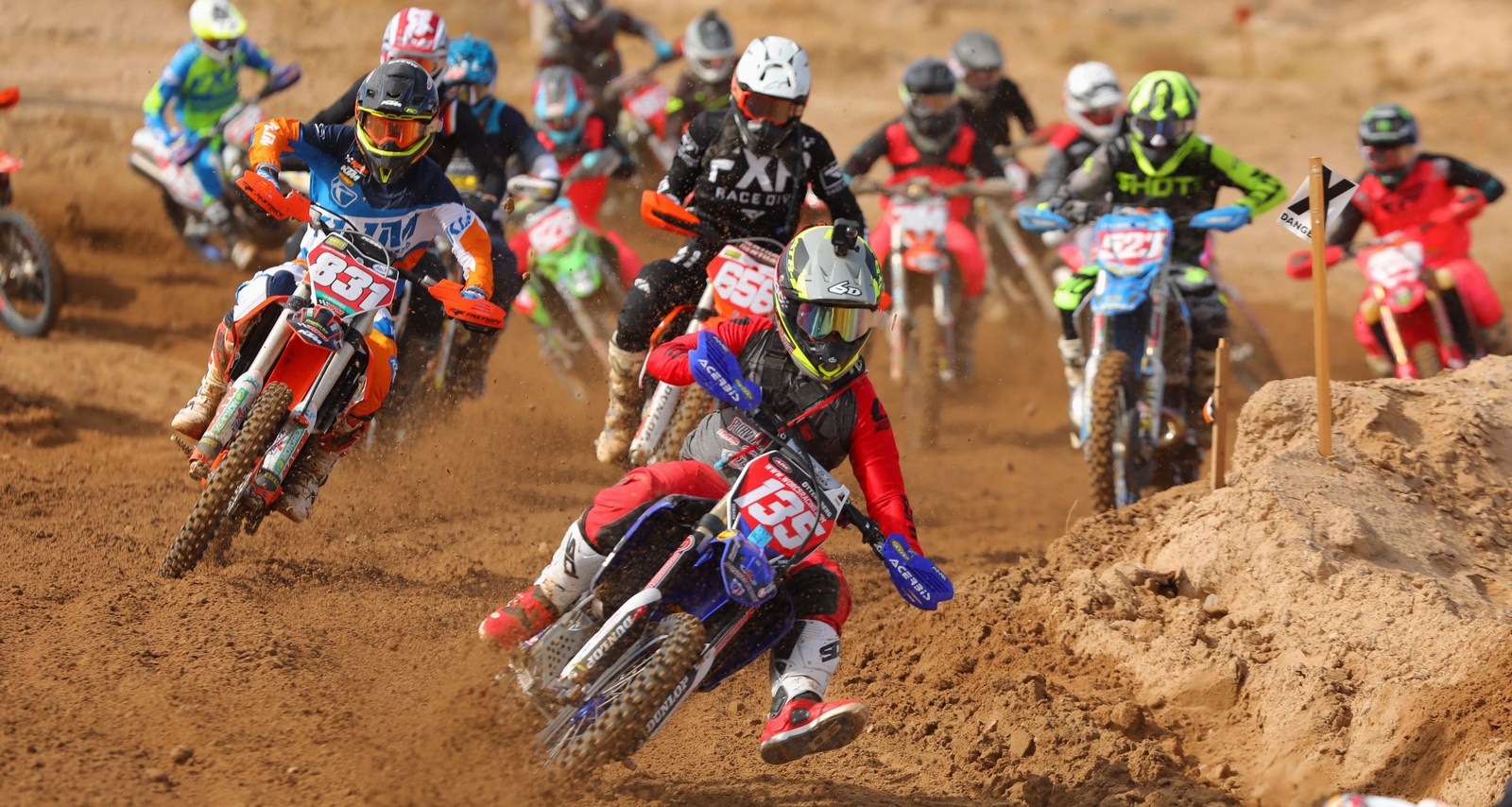 Matteo Oliveira nearly played spoiler for Ottersberg’s party as he battled hard on his KTM throughout the race. However, after his pit stop, Oliveira tightened up. Though he got a second wind with two laps to go, Ottersberg was just too far ahead. “For the first hour thirty he’d get me in the K-rails, and I’d get him back in the off road,” said Matteo Oliveira. “I stayed in front of him, but we pitted, and I got a little tight after that. So, Mason got ahead of me and opened up a 13-second lead. I tried to charge on the final lap, but he was riding too good.” 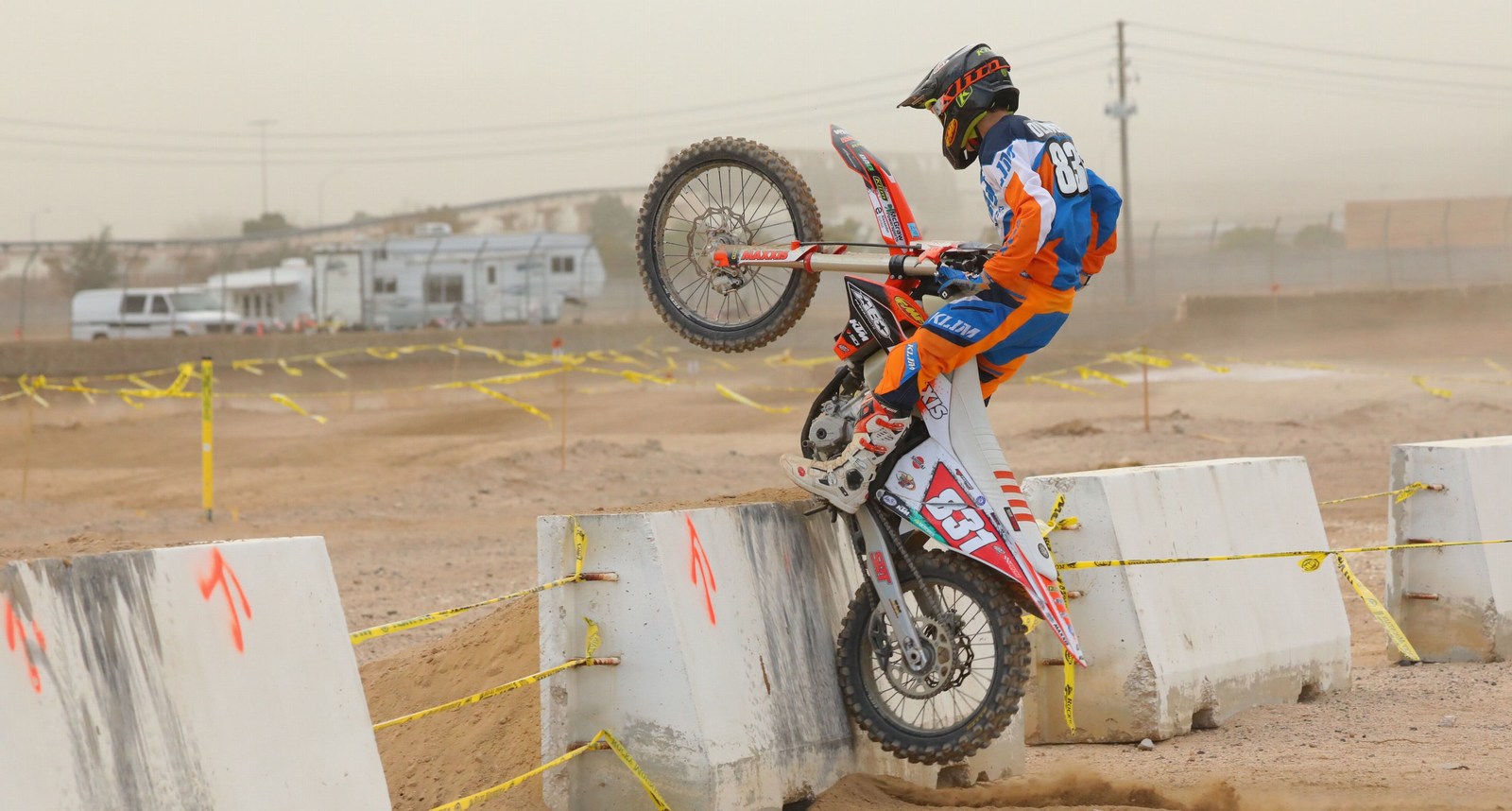 After winning the holeshot, seemingly nothing went right for Serpa. After picking his way through the first Pro section, he damaged the front wheel on his KTM. After pitting, he lost rear brakes. So, he was overjoyed to snag a podium finish. “My front end got tweaked on the first lap and after the pit I broke my rear brake pedal, so I had minimal rear brakes,” said Serpa. “With all that considered I still got third so I can’t be too upset about it.” 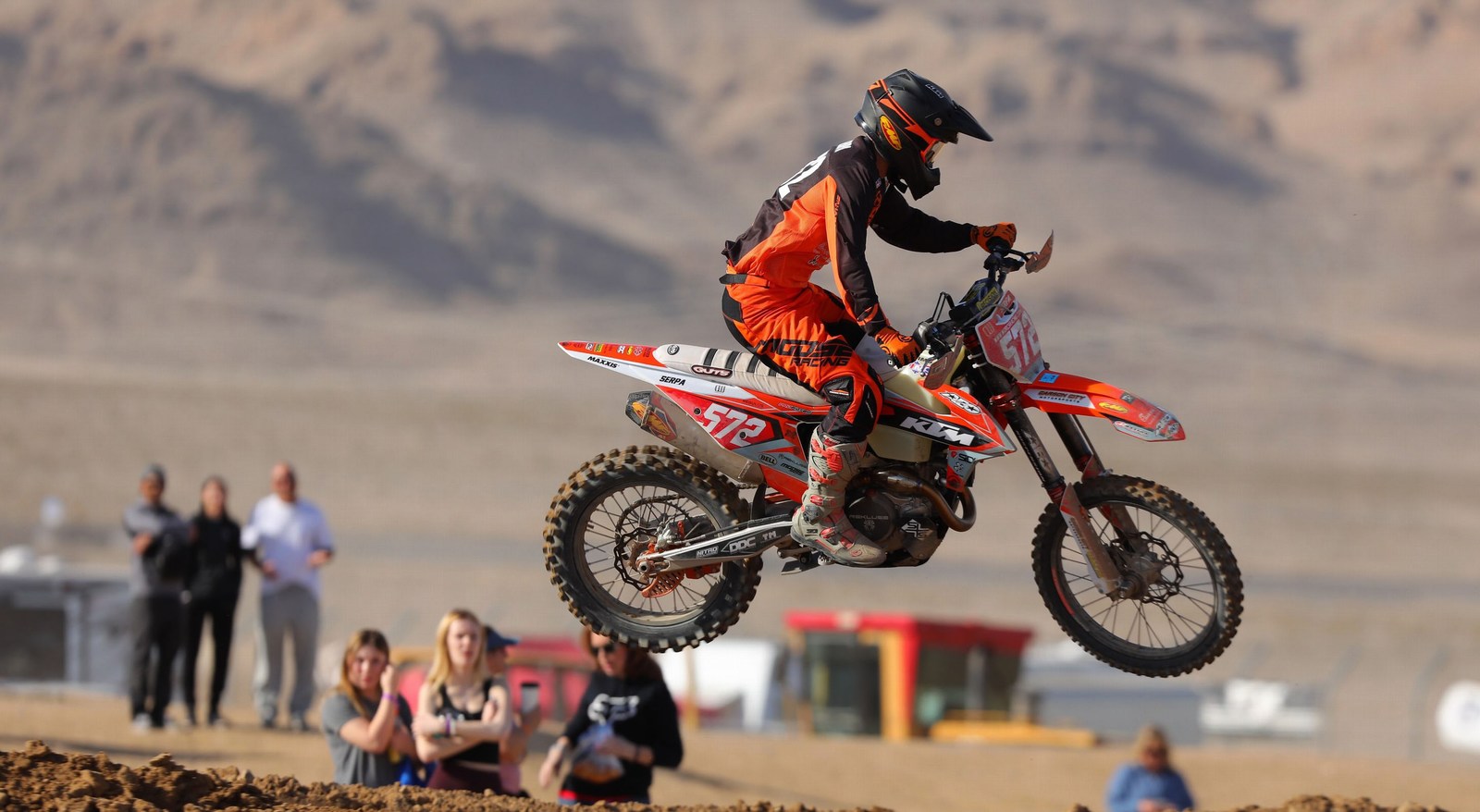 In Pro 2 Lights, Lynn had trouble getting his Yamaha fired at the start and came out last. From there he ran a consistent and quick pace to snag the victory. Jake Alverez was second on his Precision Concepts Kawasaki, ahead of the KTM of Angus Riordan. 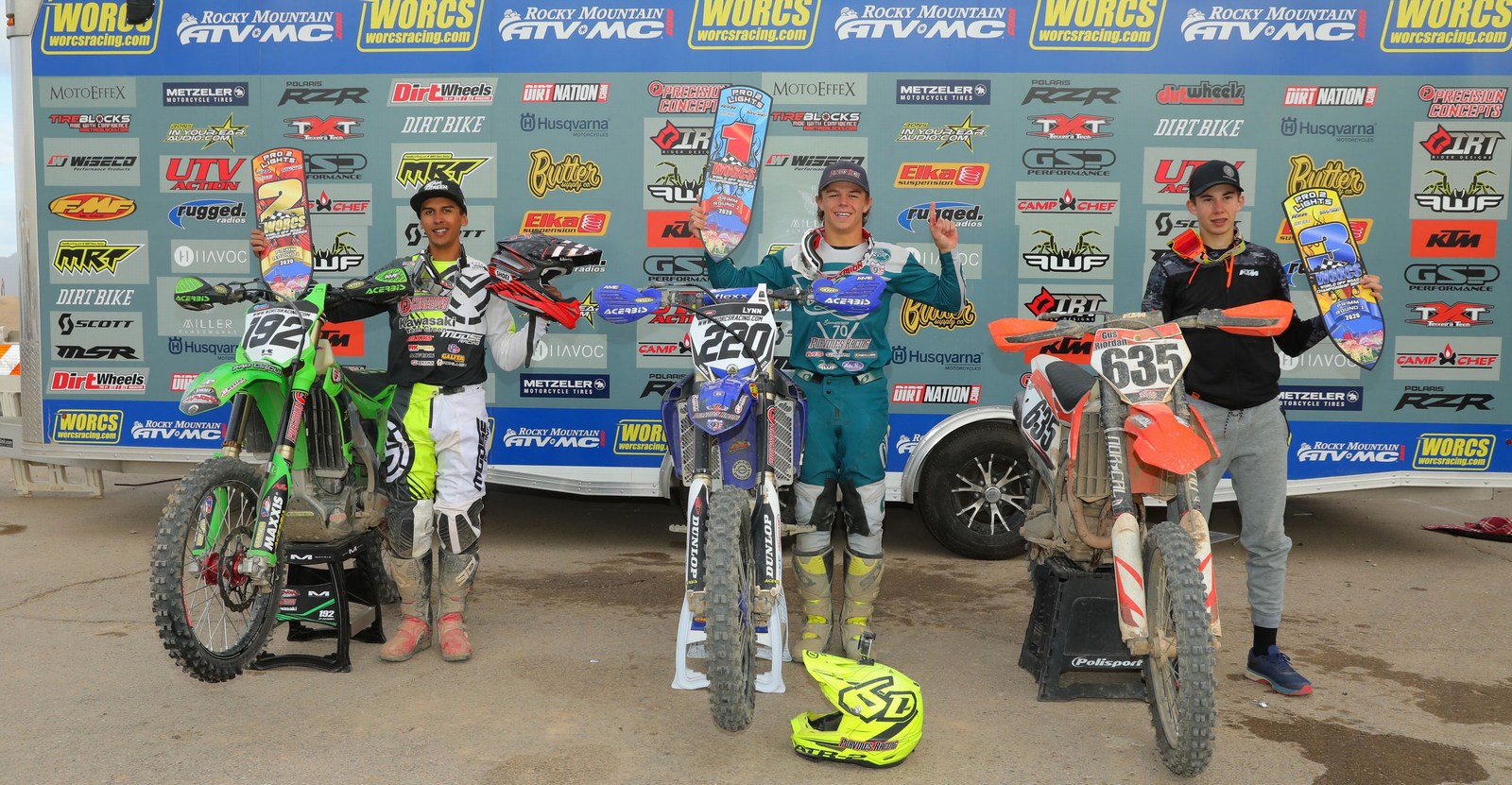 “I was dead last at the start,” said Lynn. “I took off and made some quick passes before the first K-rail section. Once we got there, only three people hit the K-rails and that moved me to fourth. I made it up to second and just trailed Jake for a couple of laps. I got past him and just tried to build a lead from there.”

Alverez started fourth but quickly made it to the front. With Lynn charging, Alverez fell back to second late in the race and held on for the podium. “I came out of the first lap in first, but Tyler was on it, took the lead, and I couldn’t catch up to him,” said Alverez. “I’m been off the bike for a while so it’s awesome to kick off the season with a podium.” 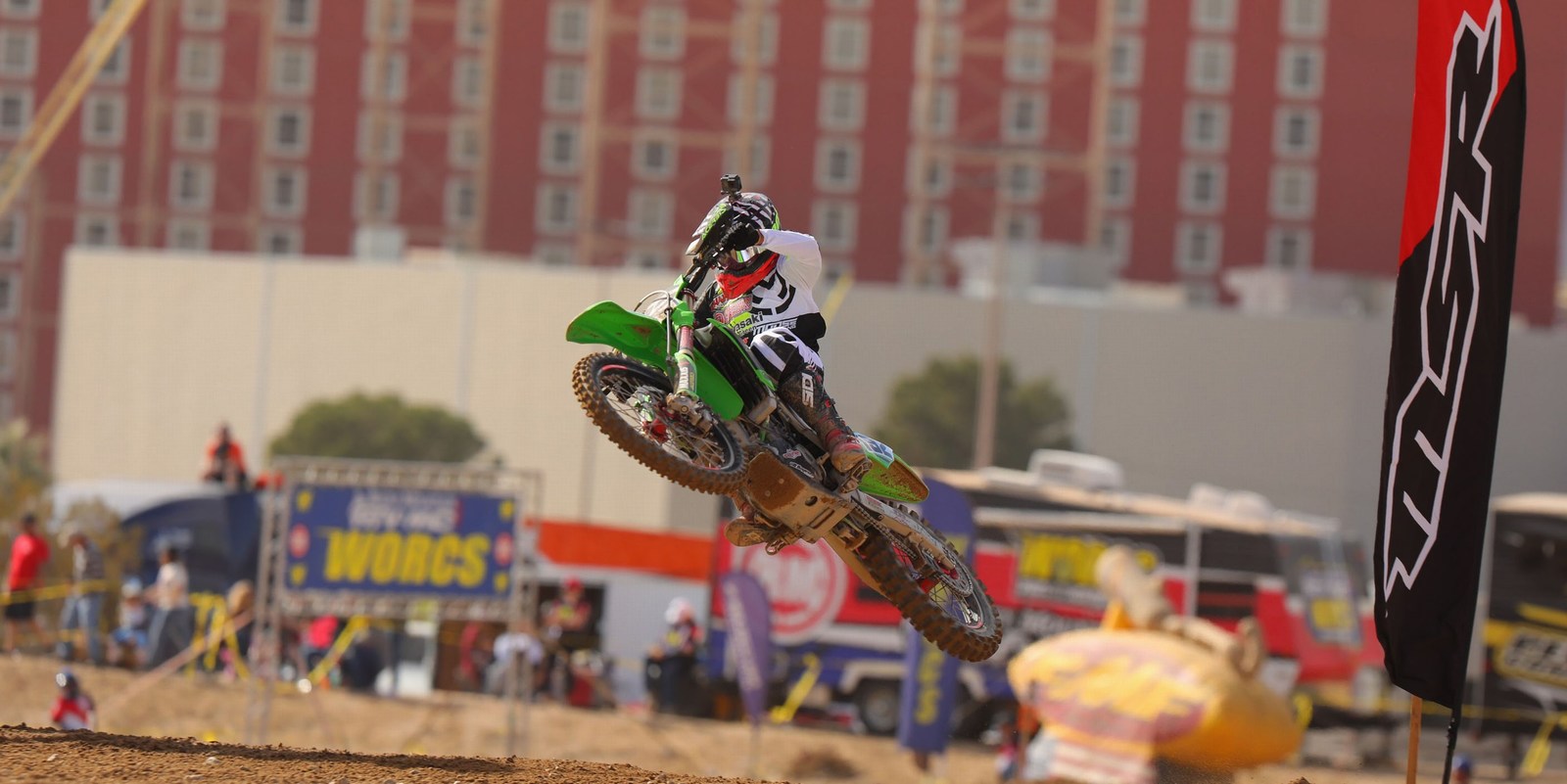 Riordan battled it out with his brother Will during the middle stages of the race before securing the final spot on the podium. That sibling rivalry drove Riordan and he enjoyed the podium, as well as the bragging rights. “My experience in Endurocross really came in handy today with the Pro sections,” said Riordan. “My brother and I were battling at the halfway point and then he got stuck in the Pro section. I got by him and it’s good. I beat my brother!” 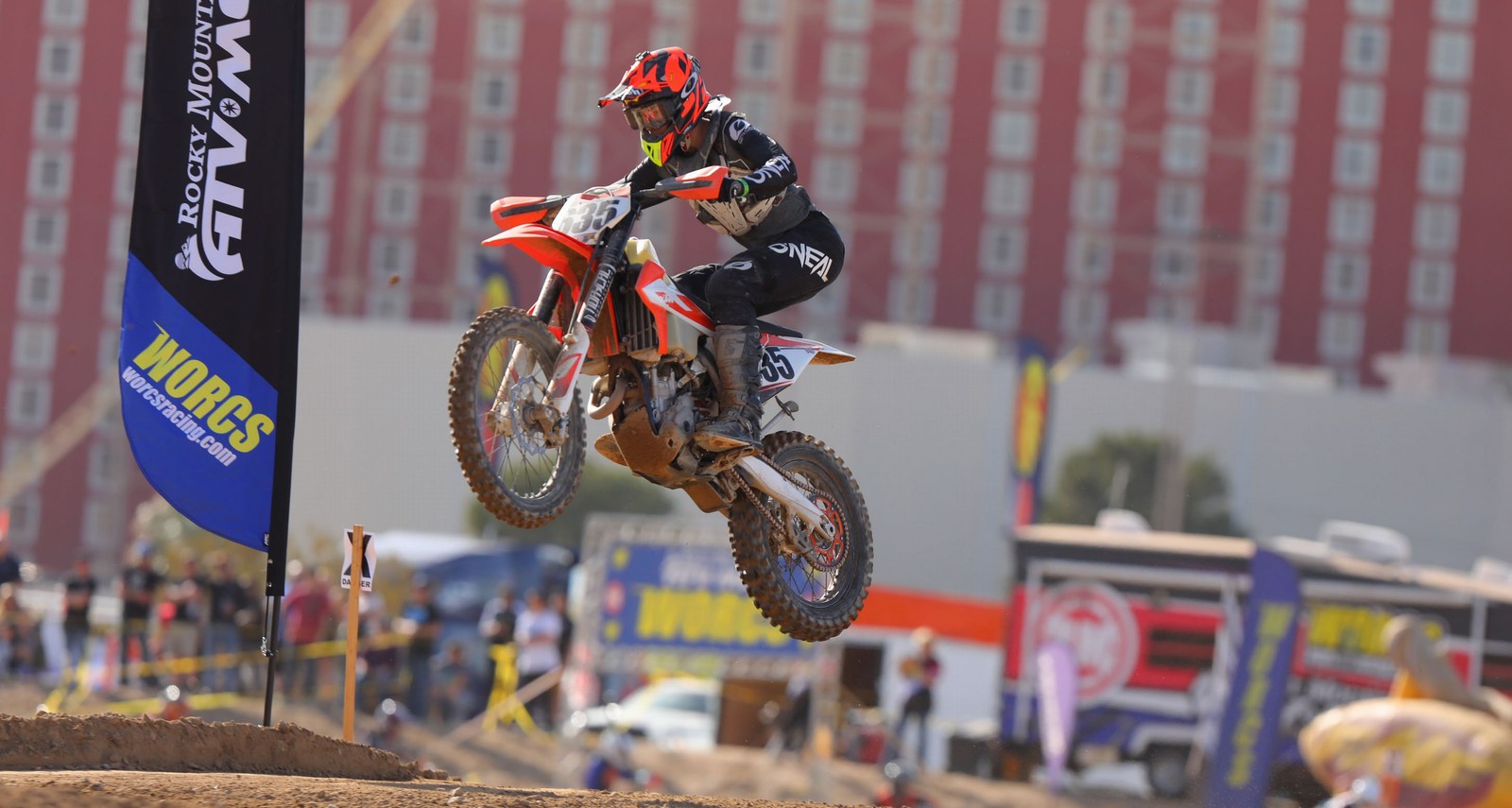 Brandi Richards began her defense of the Pro Women title, winning the class ahead of Lauren Woods and Kaitlyn Jacobs.

The next race for the WORCS motorcycles is scheduled for February 21-23 at Honolulu Hills Raceway in Taft, CA.