Primm, NV – Beau Baron came into the season finale Rocky Mountain ATV MC WORCS Series presented by Polaris RZR and Dirt Wheels Pro ATV race needing only to finish to clinch his seventh championship. In typical “Rider from Atascadero” style, Baron not only finished, but he scored his seventh victory of the season. Evan Spooner was second, ahead of Logan Huff.

The event was held on the combined off-road desert and motocross course on the grounds surrounding Buffalo Bill’s Resort and Casino. Cold weather in the morning lead to temperatures in the 70s at race start. Rain last week made for perfect track conditions.

Defending Pro ATV Champion Mike Sloan took the holeshot and looked primed to head back to the top step of the podium. With Baron pacing him in second, the throttle on Sloan’s machine broke, his bike sputtered and Baron blew past for the lead. From there, Baron just cruised. After losing the title to Sloan in 2018 by just a single point, Baron was stoked to get back the number one plate. “I got a decent start,” said Baron. “Then after that I was following Sloan. I was pacing him and wondering if I should make a move. Then his bike sputtered, I went by, and he was gone. We put it on cruise mode and just went.”

Baron is clearly the iron man of the West Coast. Along with Pro ATV, he ran both SXS classes in WORCS. But it was on the quad where he truly shined in 2019. “This year has been great for me on the ATV,” said Baron. “I won the Quadcross Northwest Championship, I won the WORCS championship, and I had the fastest lap at Elsinore. This is why we do this.”

Spooner, who started the season on a Honda, was on a brand-new Yamaha here. After having trouble firing the engine on the dead engine start, Spooner had to ride from the back. He caught up to Huff, who was running second. Going into the motocross track, put a in a slick move going over a jump to take second. “I ate Logan’s roost for about a lap,” said Spooner. “Once we hit the motocross section, which is my specialty, I was able to scrub a jump really hard and blasted past him. I got a brand-new Yamaha and I learned as I went, but it worked out. I couldn’t be more grateful to wrap up the season with a second place.” 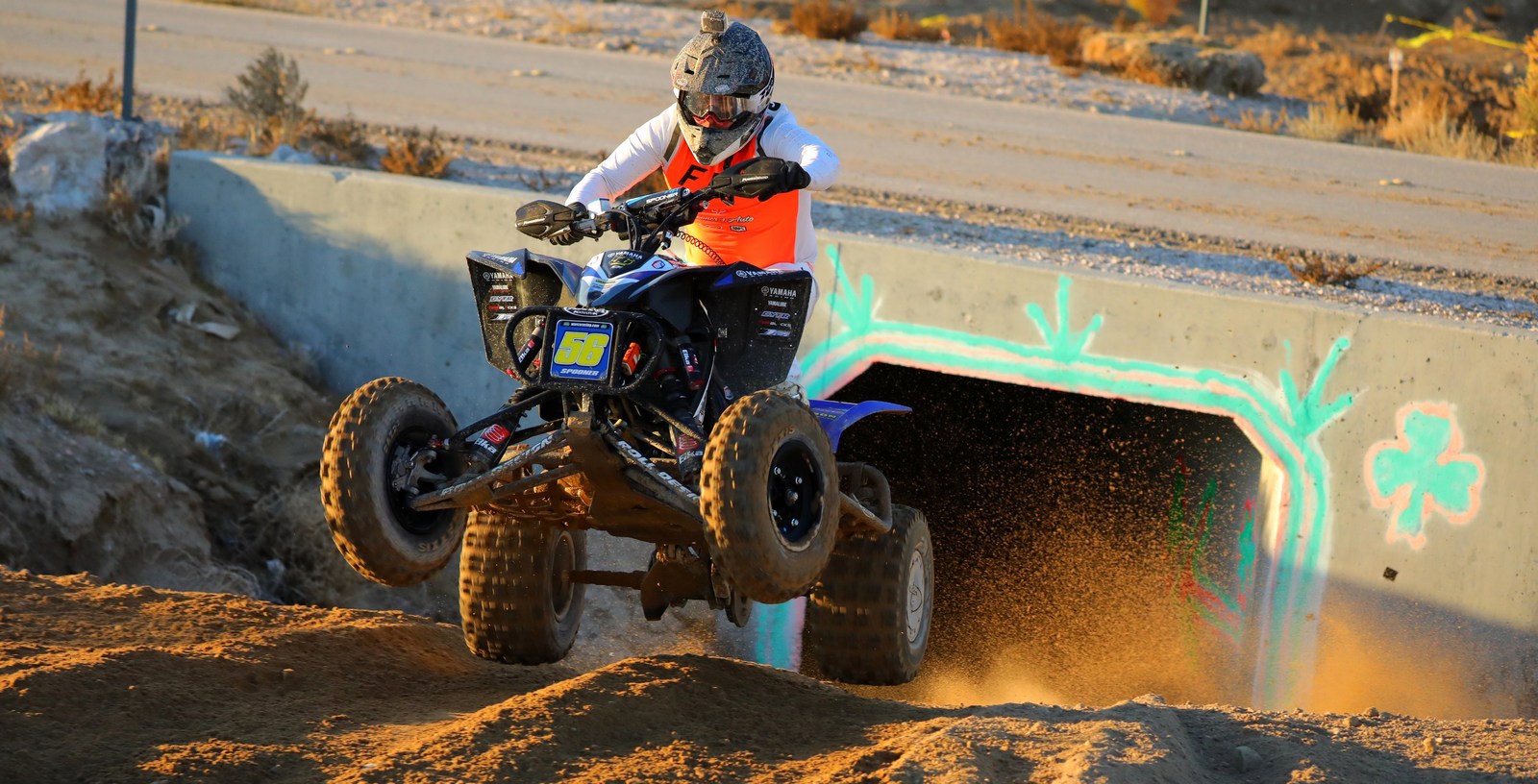 Huff, also on a Yamaha, benefitted from Sloan’s mechanical problems. Still nursing a injured collarbone sustained in a crash during the last round, he was shocked to score his sixth podium of the season and cement a third-place finish in the championship. “I was surprised with the third,” said Huff. “I’m still in recovery from the collarbone injury from the crash in the last race so I’m stoked to be up here. I did all I could and I’m happy to lock up third in points.”

After lengthy repairs on his quad, Sloan got back going and finished sixth. That along with one victory and five podiums put him second in the final points. “I got a ripping start and was leading when the throttle lever fell off and I had no throttle,” said Sloan. “I had to run back to my pits and so I could fix it. I just rode it out and finished sixth.”

In Pro-am, Ricardo Gonzalez clinched the championship by winning his fifth race of the season. Riding a Yamaha, Gonzalez beat out Daelen Etsitty and Austen Turner for the victory. Kenny Sanford, who finished fourth, netted second in points, followed by Jarrett Curley.

“The championship was the goal this weekend,” said Gonzalez. “I had a little cushion, and I knew I only had to finish in the top five to clinch the championship, but a win is a win. I felt strong and we did it.”