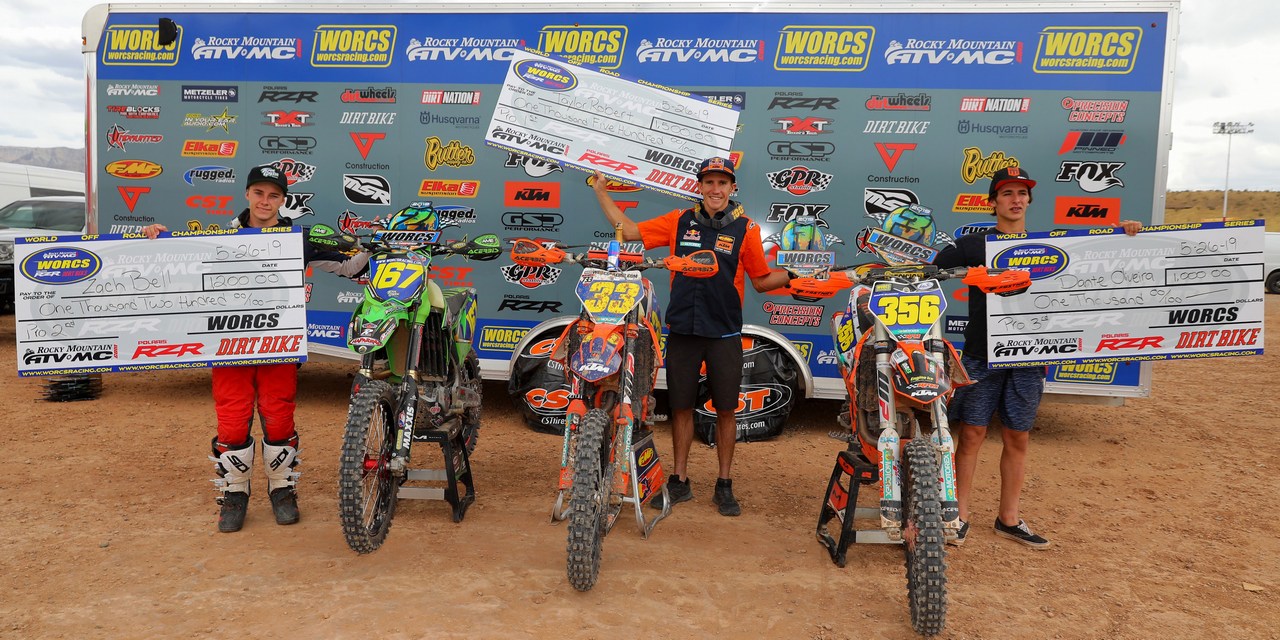 The events were held on the motocross track and desert off road circuit surrounding the Mesquite MX facility. Dry weather made for rough conditions during the race, and most competitors were glad they survived the trying test. Along with the hard-packed motocross section and sand whoops, WORCS officials added two Pro sections: a sand single track at the back of the venue, and a technical downhill section.

That downhill proved to figure into Robert’s strategy. During the track walk, he found an additional line that he used to take the lead from Bell, who had scored the holeshot and led the first two laps. From there, Robert cruised to his sixth victory on his KTM and a massive lead in the points going into the summer break.

“That was a super cool Pro section they put in,” said Robert. “I really had to setup for the line I chose, but it was a couple seconds faster and it put you in better position at the bottom. This is a track that separates the men from the boys because it’s definitely the most physically demanding track in the series. This year it was no joke and I’m happy to come away with another win.” 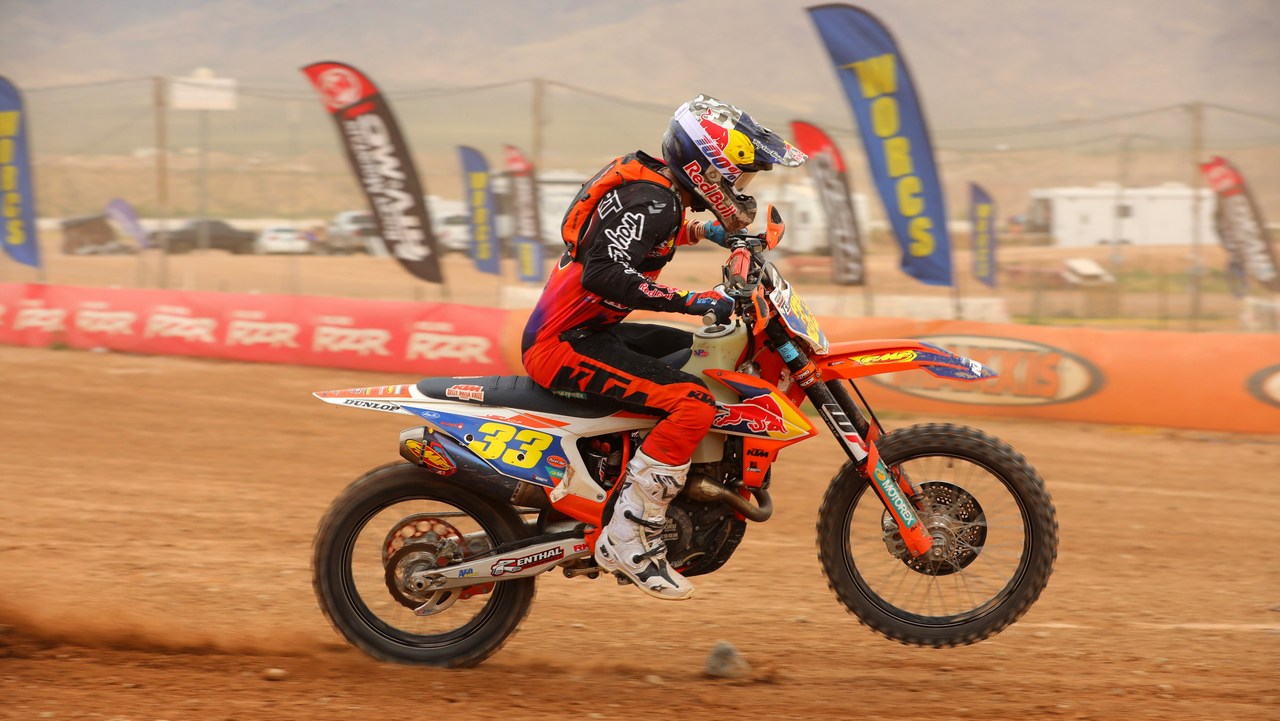 Robert’s ground-breaking win streak is certainly exciting. He wonders, though, if injuries hadn’t gotten in the way, what might have been. “I’ve had some streaks in the past, but they were always riddled with injuries,” said Robert. “This feels really good and it feels like where I should have been the last few years.”

Bell stayed with Robert on his Kawasaki for a lap or two before falling back and finishing second despite a back injury. The runner-up finish marked his first podium since the opening round and gives him a nice jump in points going into the break.

“He passed me, and I tried to stay with him, but he was consistent,” said Bell. “My back was sore all day, so I played it safe and rode it to the finish line. I’m looking forward to a break to get my body healed up and get going again.”

Oliveira moved his streak of consecutive podiums to five here and he remains the only rider still within a competitive distance of Robert’s points lead. He got up to third early and rode another consistent race on his KTM.

“The track was gnarly and I am beat,” exclaimed Oliveira. “Half of the track was all silt ruts and you just had to pick a line and hope to make it through cleanly. The Pro section was fun and it was nice to change it up.” 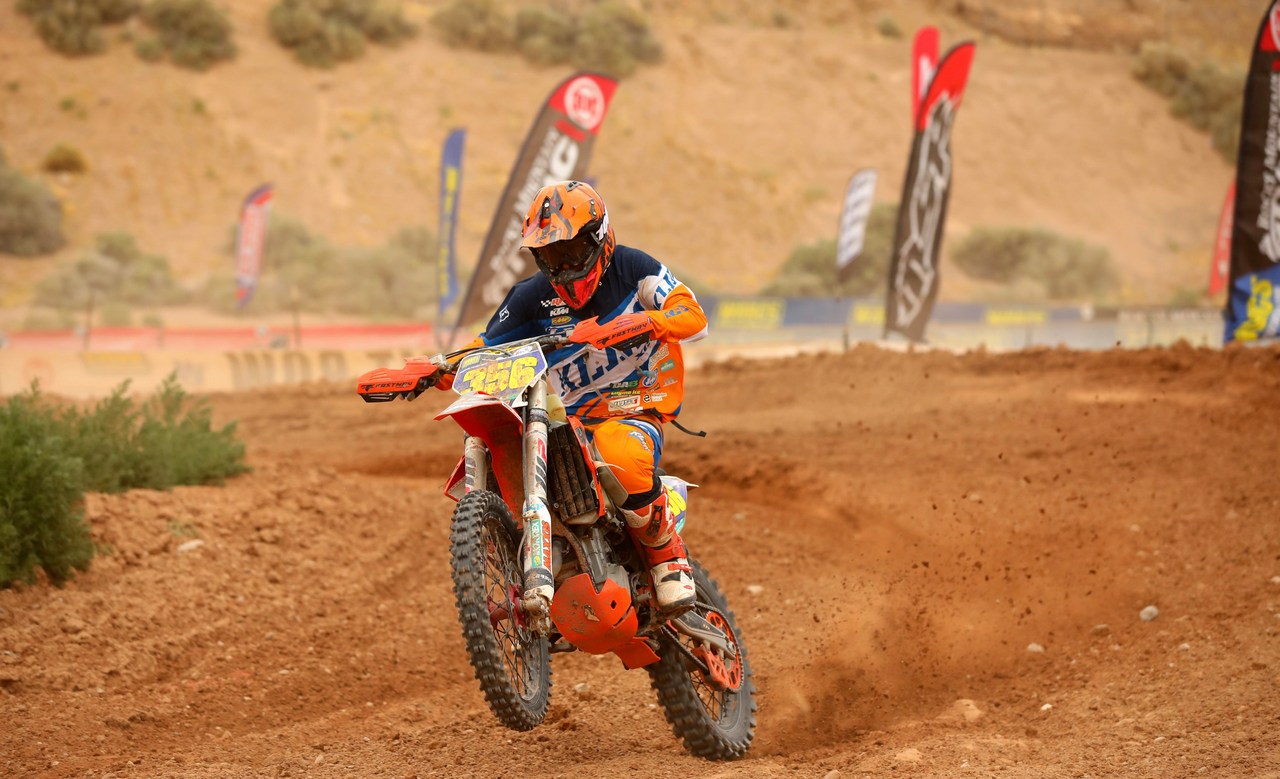 In Pro 2, Clayton Hengeveld scored his second victory of the season. Riding a Kawasaki, he made a last-lap charge past Tallon Lafountaine to score the win. Lafountaine was second on his Honda, ahead of the KTM of Austin Serpa. 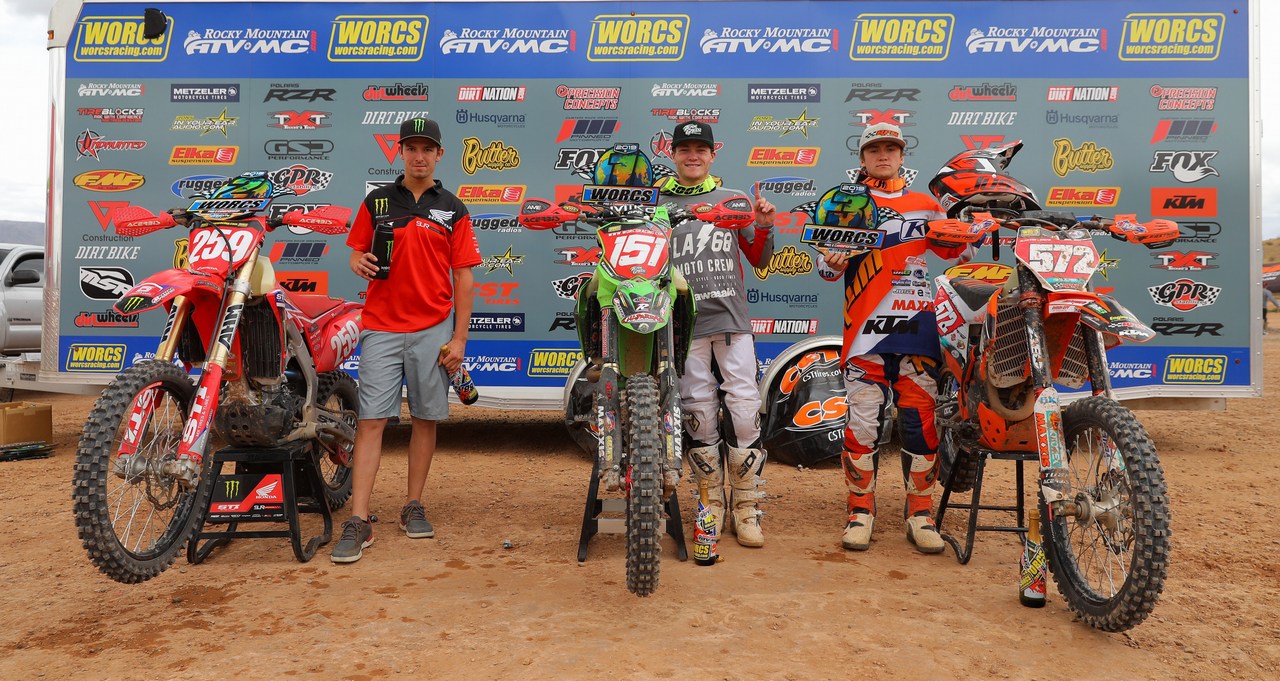 “I’ve had a few ups and downs this year; I won the first round, and I had a couple seconds, so it feels good to be back,” said Hengeveld. “Lafountaine had to pit on the second to last lap, and I caught him. So I put my charge on, passed him, and I pulled away.”

Lafountaine had to make two stops due to the smaller fuel tank on his machine. Leading the entire race and a crash two laps from the finish took their toll on Lafountaine and he admitted he was getting tired on the final lap. “It was so easy to make big mistakes and the bumps took it right out of me,” said Lafountaine. “Pitting twice really screwed up my rhythm. I had a crash on the second to last lap and that took it out of me. I put in everything I had.” 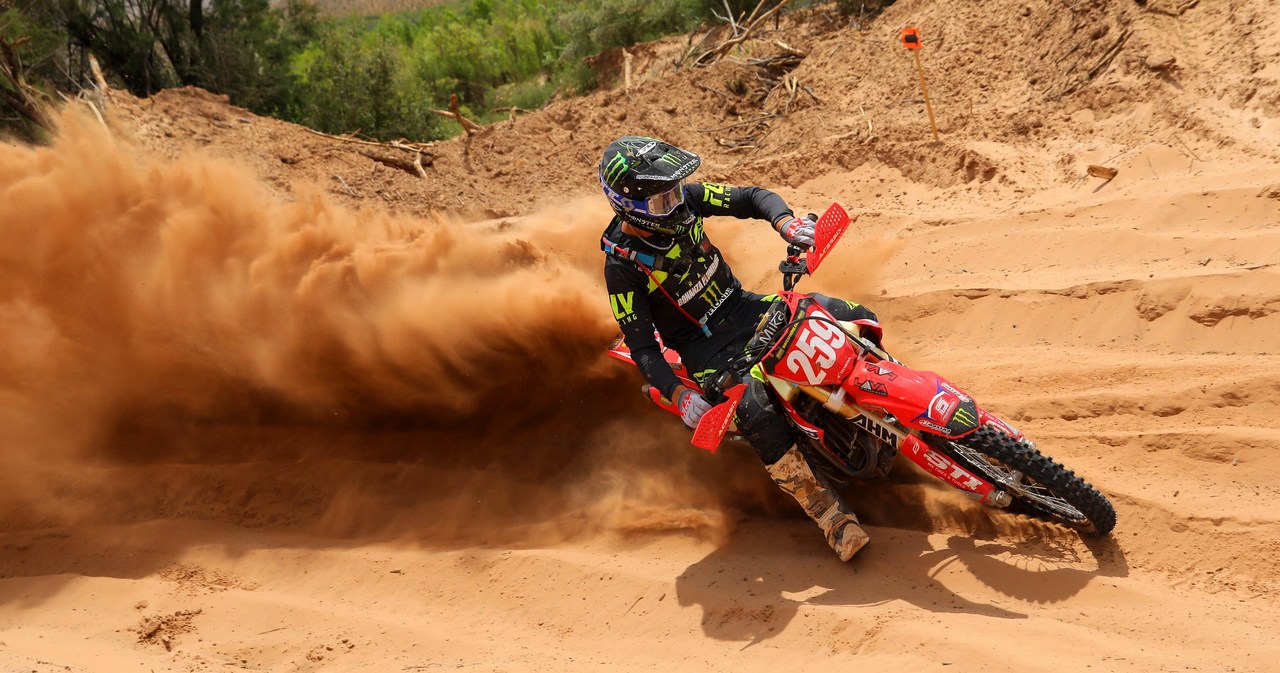 Serpa scored his fifth podium of the season on his KTM and he unofficially has the points lead into the summer break. His worst finish thus far this season, a fifth, came in round four. He, like many other competitors, said the track definitely wore him out. “Podiums are what I am looking for,” said Serpa. “The sand was just eating me up. I should have the points lead going into the break, which is nice.” 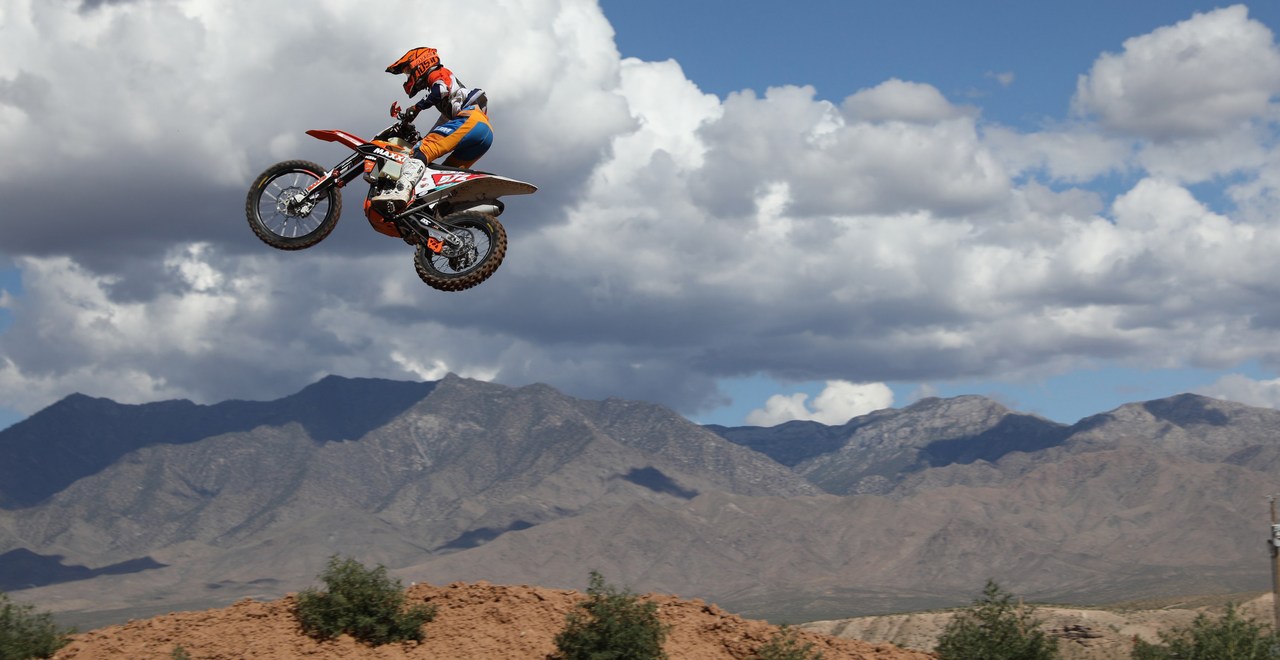 In Pro 2 Lights, Mateo Oliveira rode his two-stroke Gas Gas to his third victory of the season, extending his points lead in the process. After starting fifth, he sprinted past Thomas Jones on the first lap and was never headed from there. Jones was second, ahead of Brandy Richard, both on KTMs. 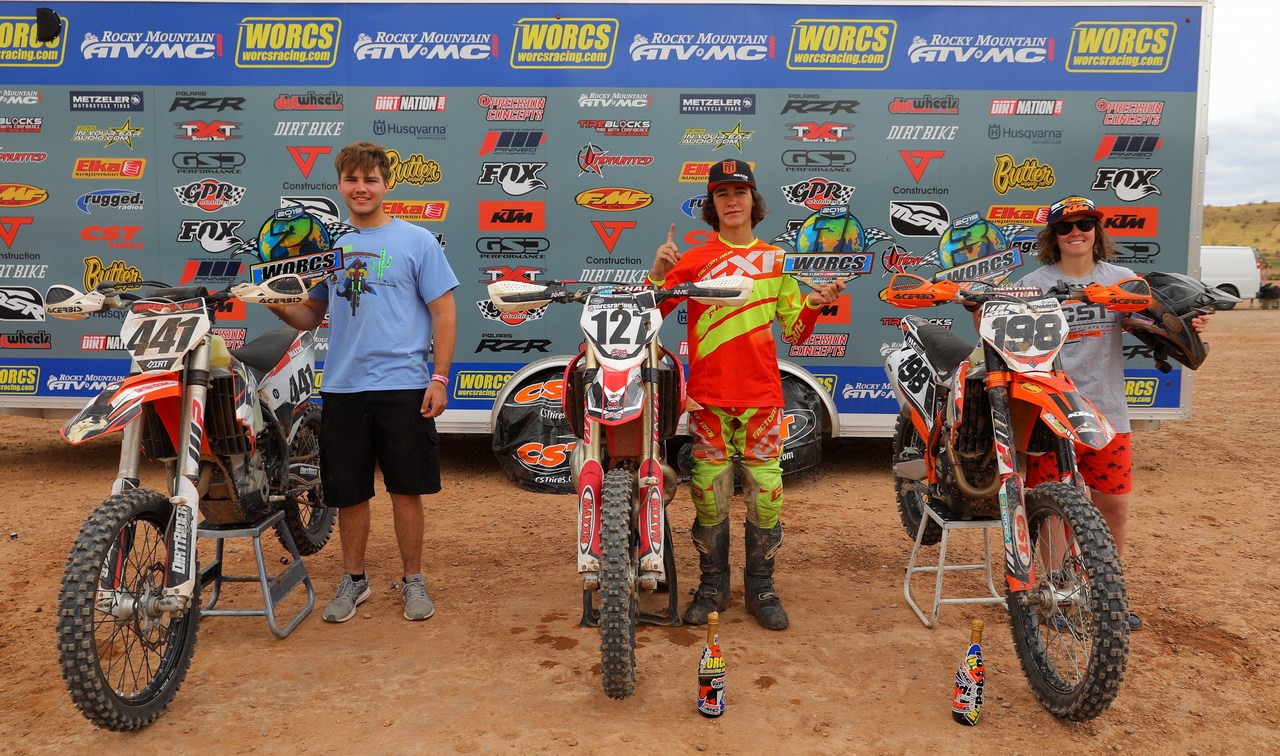 “I sprinted for the first five laps so I could build the biggest gap I could because I knew I was going to get tired,” said Oliveira. “The track was super rough, but My Gas Gas was super good. I got a new Posey motor in this thing and it was flawless the whole time.”

Jones was contesting just his fourth race of the season after missing the first two rounds. After losing the lead to Oliveira, he settled into second and ended up scoring his third podium finish of the year. “That was absolutely gnarly; I wouldn’t want to do that again,” said Jones with a laugh. “I had the lead for four corners before Mateo flew by me. I tried to keep up, but he was too fast.” 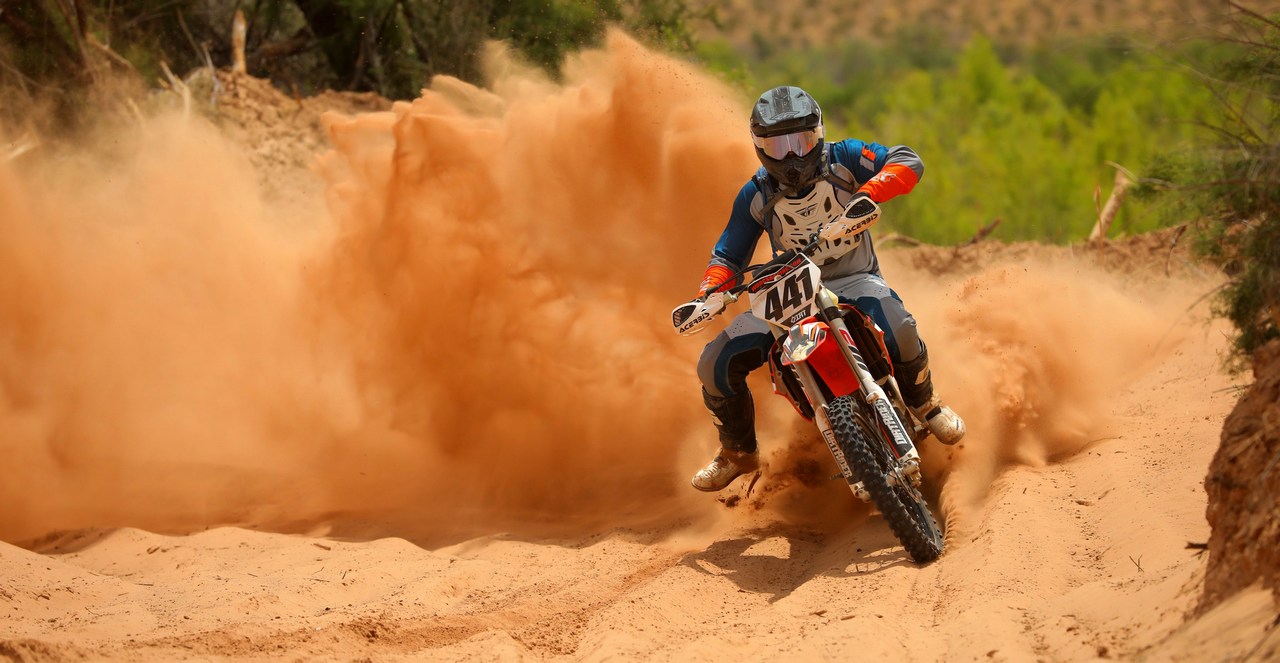 Along with winning her sixth consecutive Women Pro race here, Richards earned her fourth podium of the season in Pro 2 Lights. After a mid-pack start, Richards made up a bunch of ground on lap one in the off-road section and came home third. 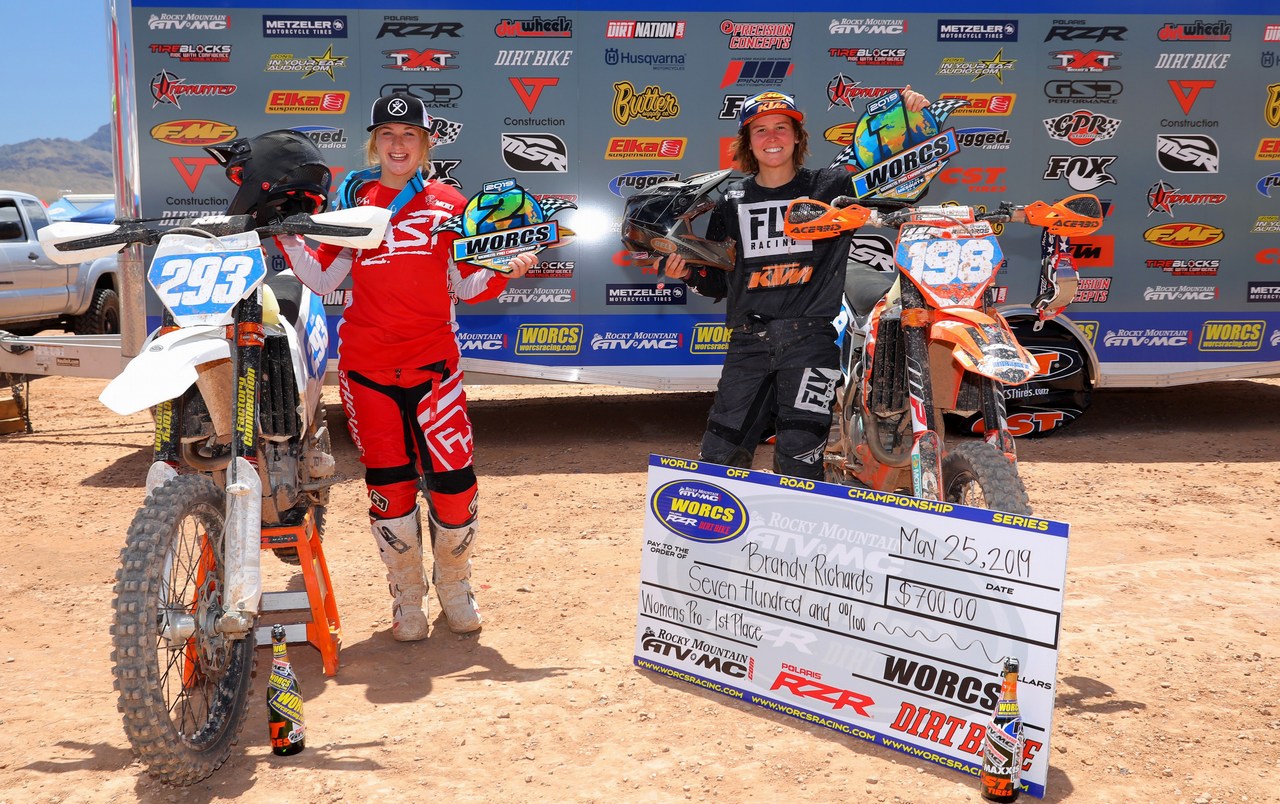 “I didn’t get the greatest start, so once we got to the off road I made a few moves and a couple of kids went down so I got into fourth,” said Richards, who heads into the summer break second in points. “I was up to third pretty quickly after that. My goal is to podium in the championship this year, so I’ve been working really hard in this class.”

The WORCS motorcycle classes now head into the annual summer break. The series returns to action July 30-August 3 at Grays Harbor in McCleary, WA for a doubleheader event.