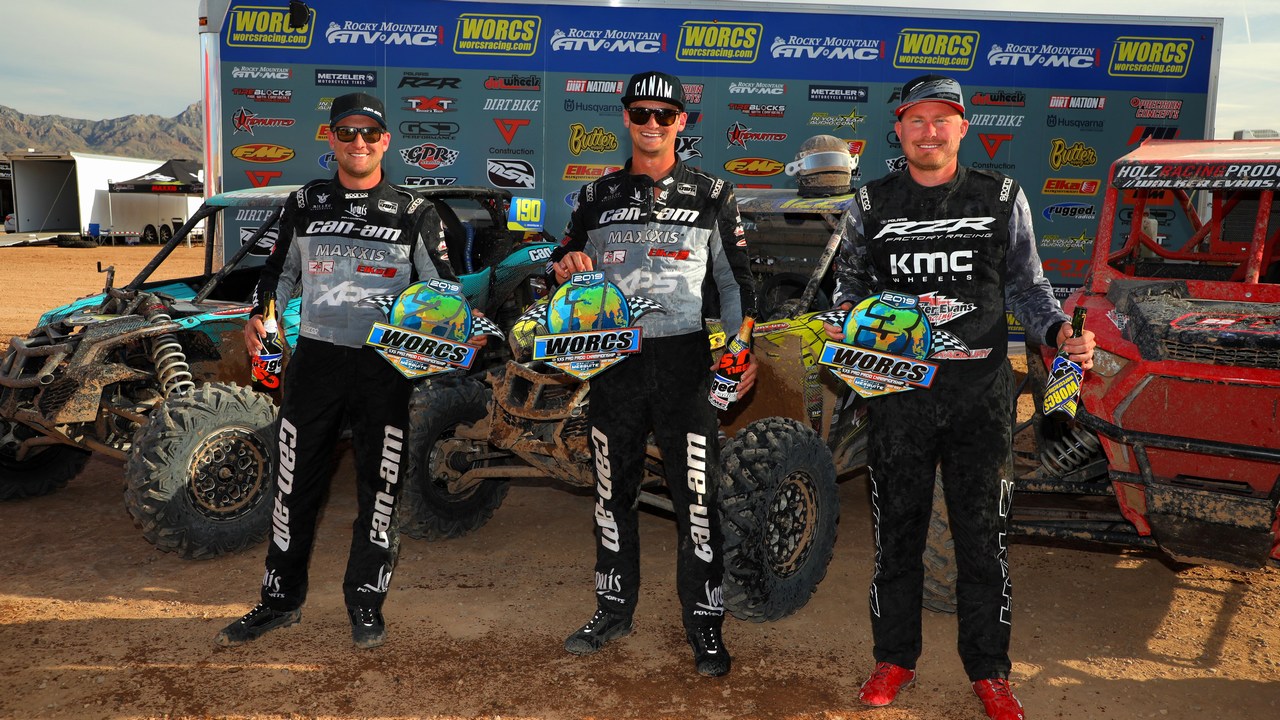 The race was held at the combined motocross and off-road course east of Las Vegas. The track offered a little of everything, from a world class hard pack motocross section to flat out deep sand whoops in the off-road sections.

Cody Miller started fourth but made a trick outside move in his Maverick X3 in the first corner to snag second. He caught up to Polaris of Matthew Hancock going into the motocross section on the first and took the lead for good, gapping the field as the race progressed. The victory, his first this season, allows him to pad his points lead going into the summer break.

“I just rode the outside cushion and rode all the way up to second at the start,” said Cody Miller. “I ended up behind Matt the whole first lap and wasn’t able to get past him until we got into the motocross section. The dust was brutal, but it was a beautiful track. The motocross track had a lot of good flow to it. The sand section was just wide open and nasty whooped out train tracks in the sand. WORCS did a great job putting together the track.”

Hunter Miller made it up to second early, but his brother had already amassed a pretty strong lead. Still, the second-place finish marked his best effort this season and will allow him to keep both Bradbury and his brother honest when the series resumes competition in September. Hunter Miller enjoyed the track, which is another unique circuit in a series known for its unique venues. “This was definitely my favorite track so far,” said Hunter Miller. “It has such a good mixture of everything. It has had an awesome motocross track, deep sand, and it got nice and rough. You had to be pretty conservative because it was easy to overdrive the course and make a big mistake ending up in the weeds. You had to be consistent, but you also had to be fast.”

Bradbury nursed mechanical issues throughout the contest in his Polaris. He overcame overheating and limp mode issues in the sand section to shine in the motocross section. He could just catch Hunter Miller but couldn’t make a pass. His second consecutive podium allows him to remain in the top three in points. “I would catch them but then they would just turn it up,” said Bradbury. “I’ll take third, I’ll take the points and I’ll use the long break to work on the car. I was in limp mode through the whole sand section, so I was just trying to baby it and try not to lose too much time.”

While Cody Miller ran away with the show in SXS Pro, Bradbury and SXS Pro Stock points leader Corbin Leaverton gave the crowd something to watch in the stock class event. Bradbury took the lead from Leaverton when Granlund had problems in his Yamaha. The following lap, Leaverton passed Bradbury for the lead, but did so under yellow flag conditions. He was penalized two positions at the finish, handing Bradbury the victory. Beau Baron was second, followed by Leaverton. Haagsma and Matthew Hancock rounded out the top five. The top three were all driving Polaris RS1s.

“I finally got by Nic and pushed as hard as I could to get up to Corbin,” said Leaverton. “He is in points mode and was driving a little bit conservative. I finally got past him and then he was honking his horn on the final lap, and he got by me. All in all it was a good day with three Polaris RS1s on the podium built by Holz Racing Products.” 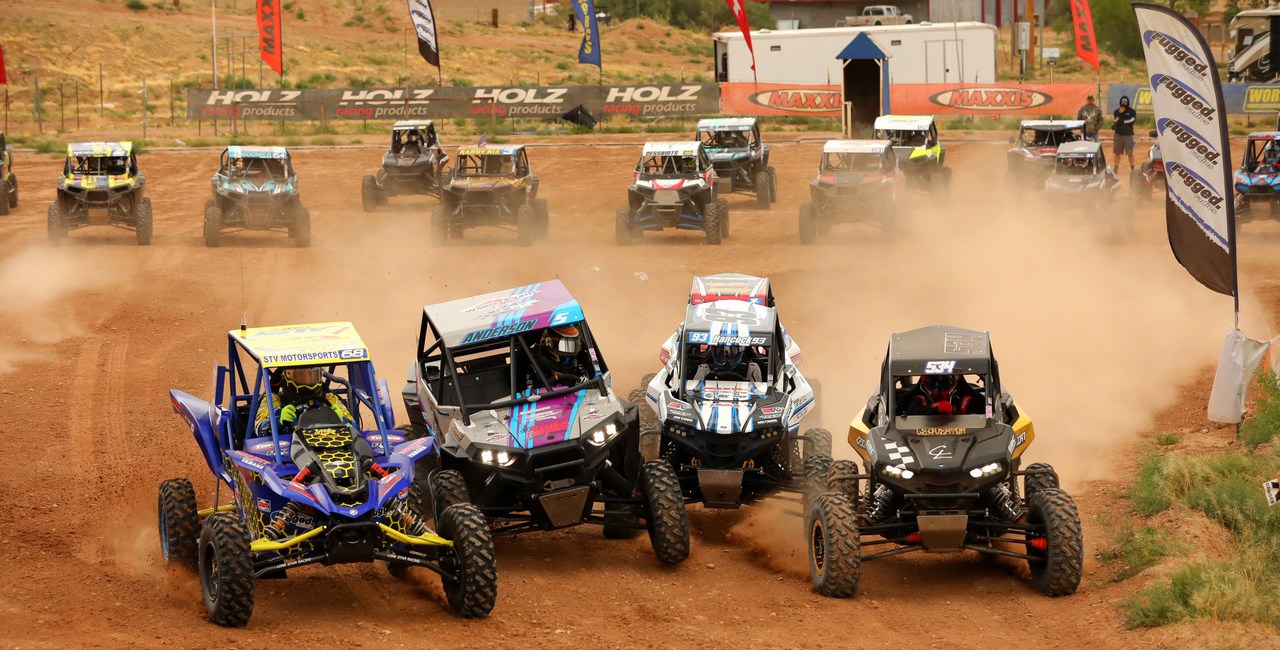 Baron’s runner-up finish was his best thus far this season, which has been punctuated with rotten luck in the last two races. Getting back on the podium puts him in prime position to try to make a run on Leaverton at the end of the season. “I don’t like to get second this way but I’ve had a rough season so far so anything helps,” explained Baron, who moved up to second in points. “I’m really pumped to get back on the box. It’s funny because I thought the sand would reward the longer wheelbase cars, even in the stock class, but the RS1 was again the right choice.”

Leaverton is Bradbury’s nephew and while the two are family, they have battled all season. That came to a crescendo here as the two fought tooth and nail throughout the event. Leaverton was quick to take responsibility for the penalty. While it moved him back two spots, he still gained ground in the title chase and he now owns a 21-point lead.

“Cody and I checked out and we were going at it the whole time,” said Leaverton. “On that last lap, I made a little mistake and was overly aggressive on the caution. You live and learn on that kind of stuff. It was still a good weekend for me and I still gained some points in the championship. We’ll come back in full championship mode at Glen Helen.” 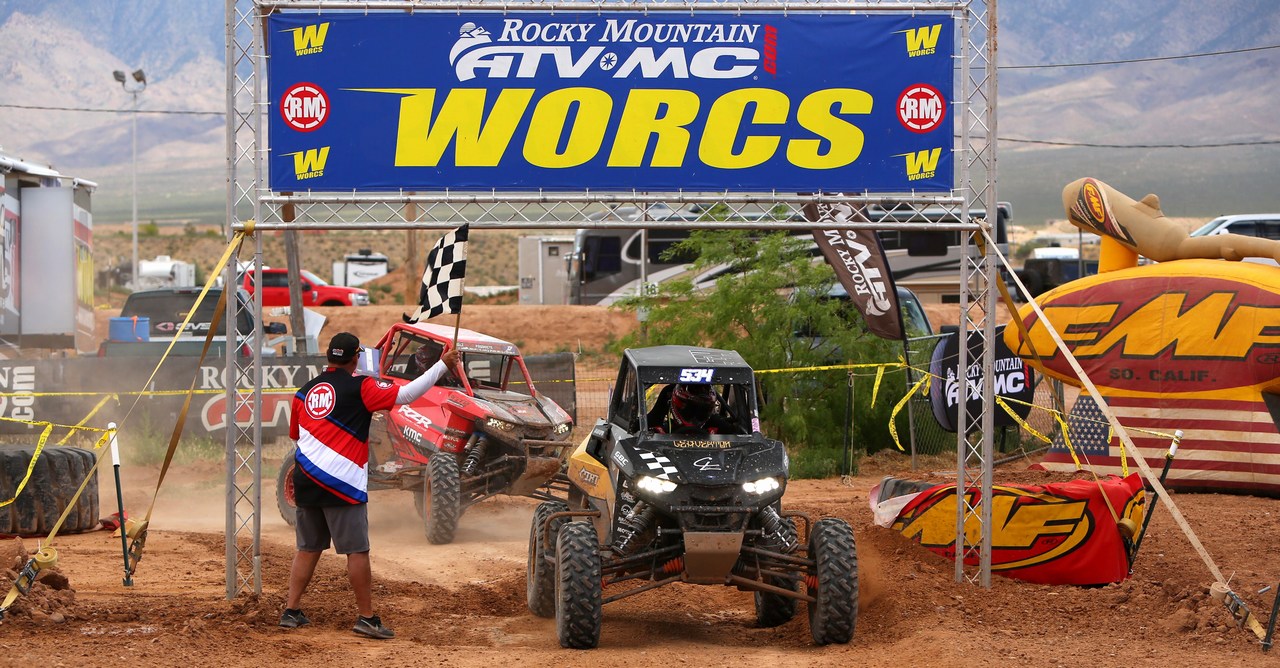 The WORCS SXS classes now head into the annual summer break and will return to action at Glen Helen Raceway in Devore, CA September 13-15.