If there is one word that best describes The Orleans round it’s “unique.” While many of the WORCS races are held on wide-open desert, off-road, and motocross circuits, this race is completely different. It features an indoor arena with logs, dirt and logs outside, tire sections, and even pavement sections in the parking lots.

What really made the difference, though, was a special rock section created just for the Pro racers. The tight and technical section made for blind turns and forced competitors to stay smooth and consistent. Those that did were rewarded. Those that didn’t struggled.

Robert took a slow and consistent approach on his KTM for the first few laps before catching leader Dante Oliveira. With Oliveira riding another excellent race on his KTM, Robert finally made a move a stick and took the lead for good. The victory puts him 23 points ahead of Oliveira in the championship tally. 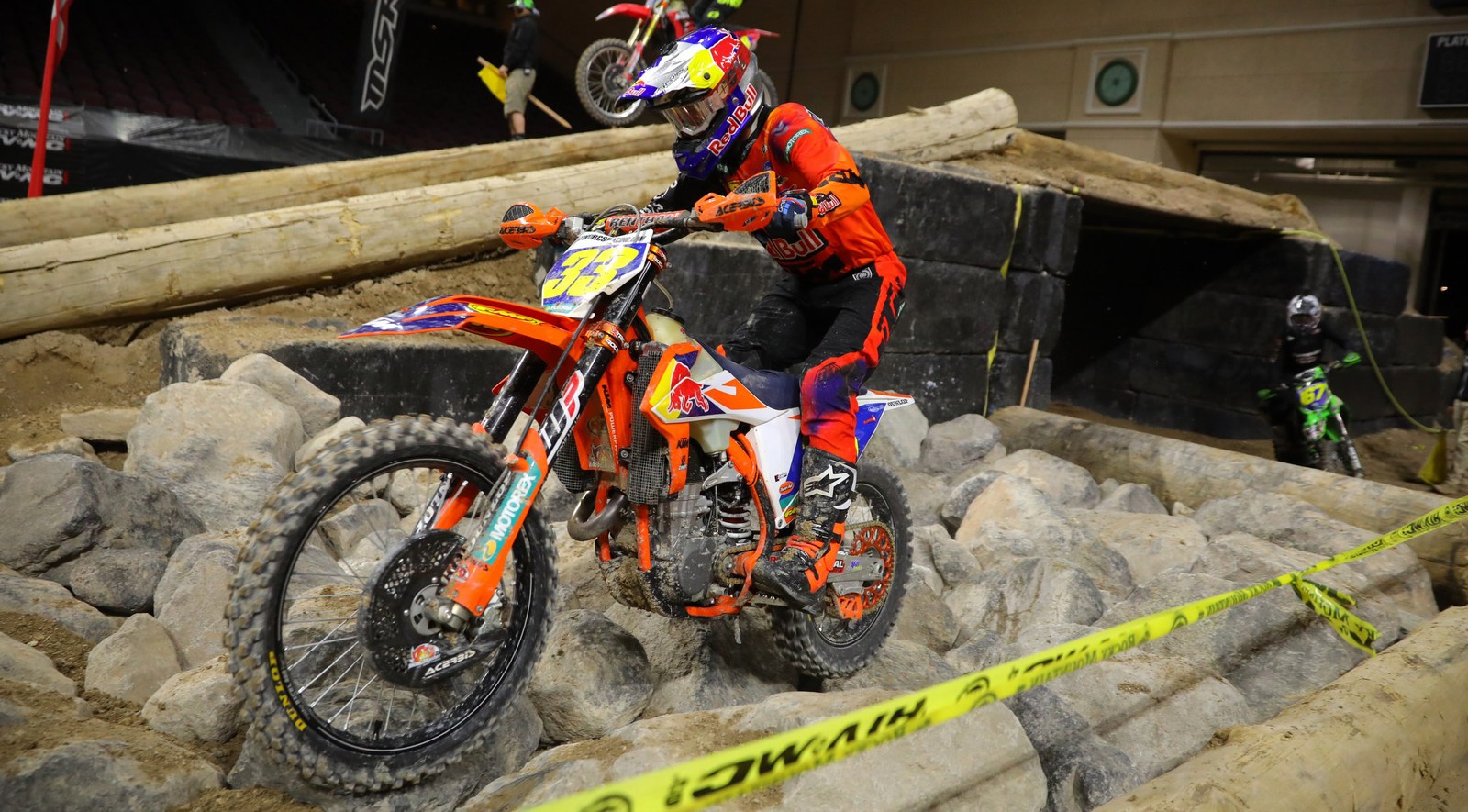 Bell rebounded from a mechanical issue on his Kawasaki at the last race to finish second. After taking the lead at the start, he lost positions to both Oliveira and Robert on the first lap. He passed Oliveira late in the race and then set out to try to catch Robert before finishing second. “Dante and I had a good battle and I made the pass, then I tried to catch up to Taylor,” said Bell. “We’re making progress. I’ll just keep my head high and keep racing.” 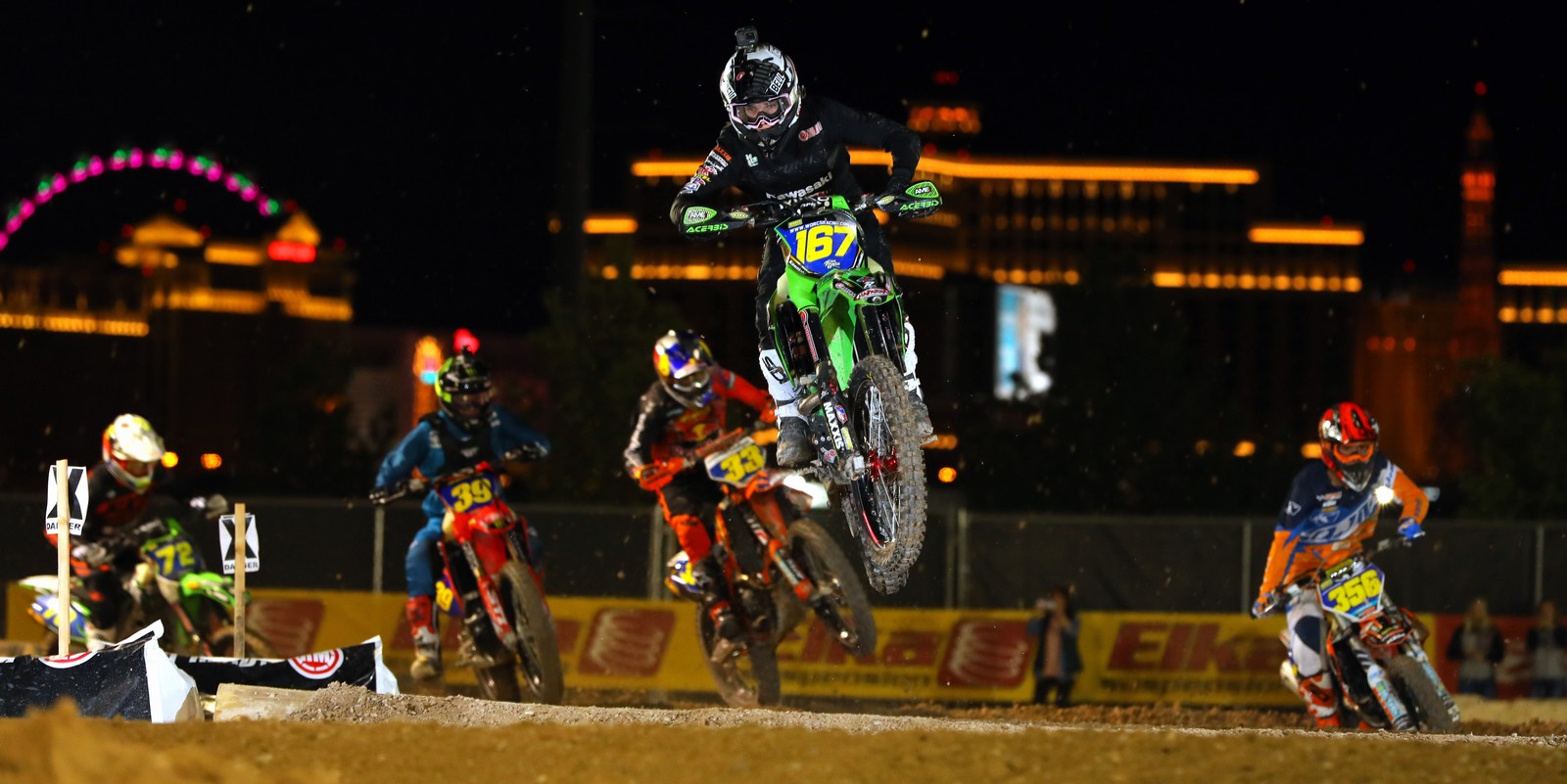 Oliveira continued to wow the fans with his consistent riding style. After taking third at the start, he took the lead on the second lap and then held off several attempts by Robert before losing the lead. The third-place finish marked his fourth consecutive podium. “On the first lap, I sprinted really hard,” said Oliveira. “I just tried to hold off Taylor and get a gap on everyone else. Once Taylor passed me I tried to pace him. About halfway through, Zach caught me, so I just rode third. I’m pumped. The course was fun; it was good for the fans and I loved it.” 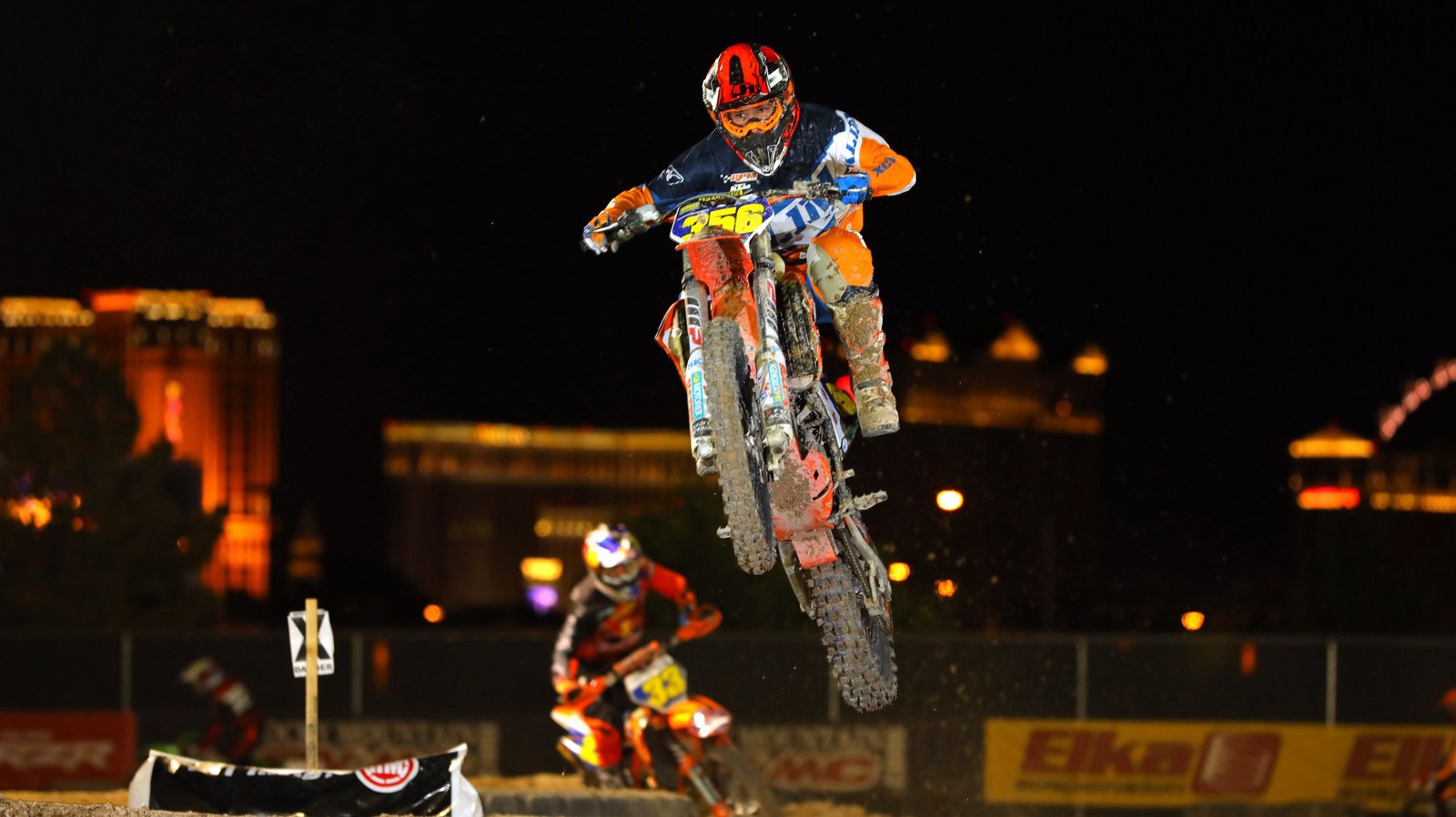 In Pro 2, Cooper Abbott took his first win of the season in just his second race. Tallon LaFountaine was second, ahead of Austin Serpa. Abbott, an endurocross veteran, took the lead in the tricky Pro rock section on his KTM and then just held off a charging LaFountaine for the win.

“My endurocross experience really came in handy here,” said Abbott. “In endurocross we have super short laps with lots of carnage. It was all about slowing down to go fast and that’s what I did here in the rocks.” 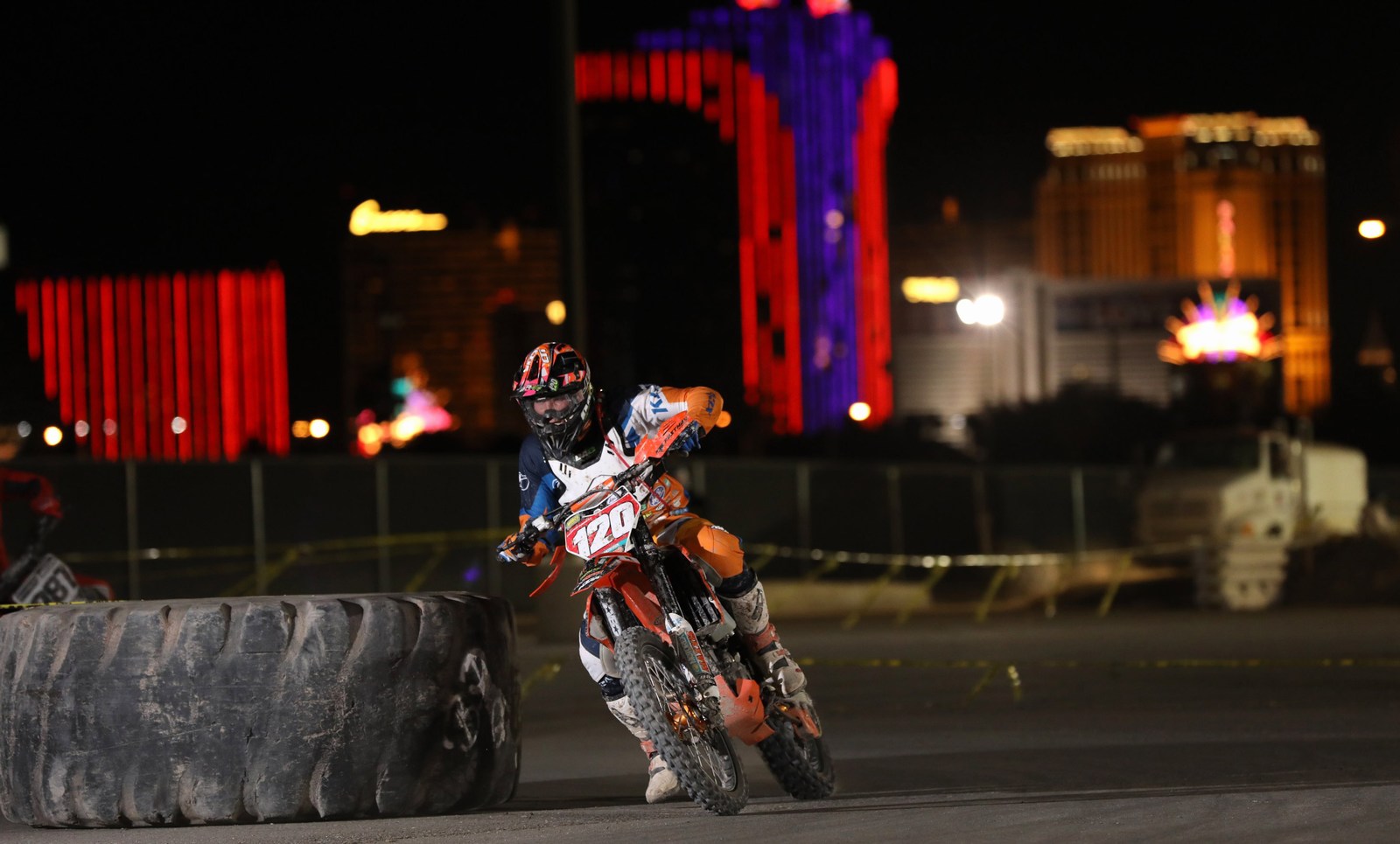 While Abbott excelled in the rocks, LaFountaine had issues. After taking second at the start on his Honda, LaFountaine fell back by nearly 45 seconds before rebounding late in the race to nearly catch Abbott at the end. “I got into second, then I got into the rocks and I straight up struggled,” said LaFountaine. “With 20 minutes to go, I got through the section better and I almost won the race. I’m still new to this and I’m learning a lot.” 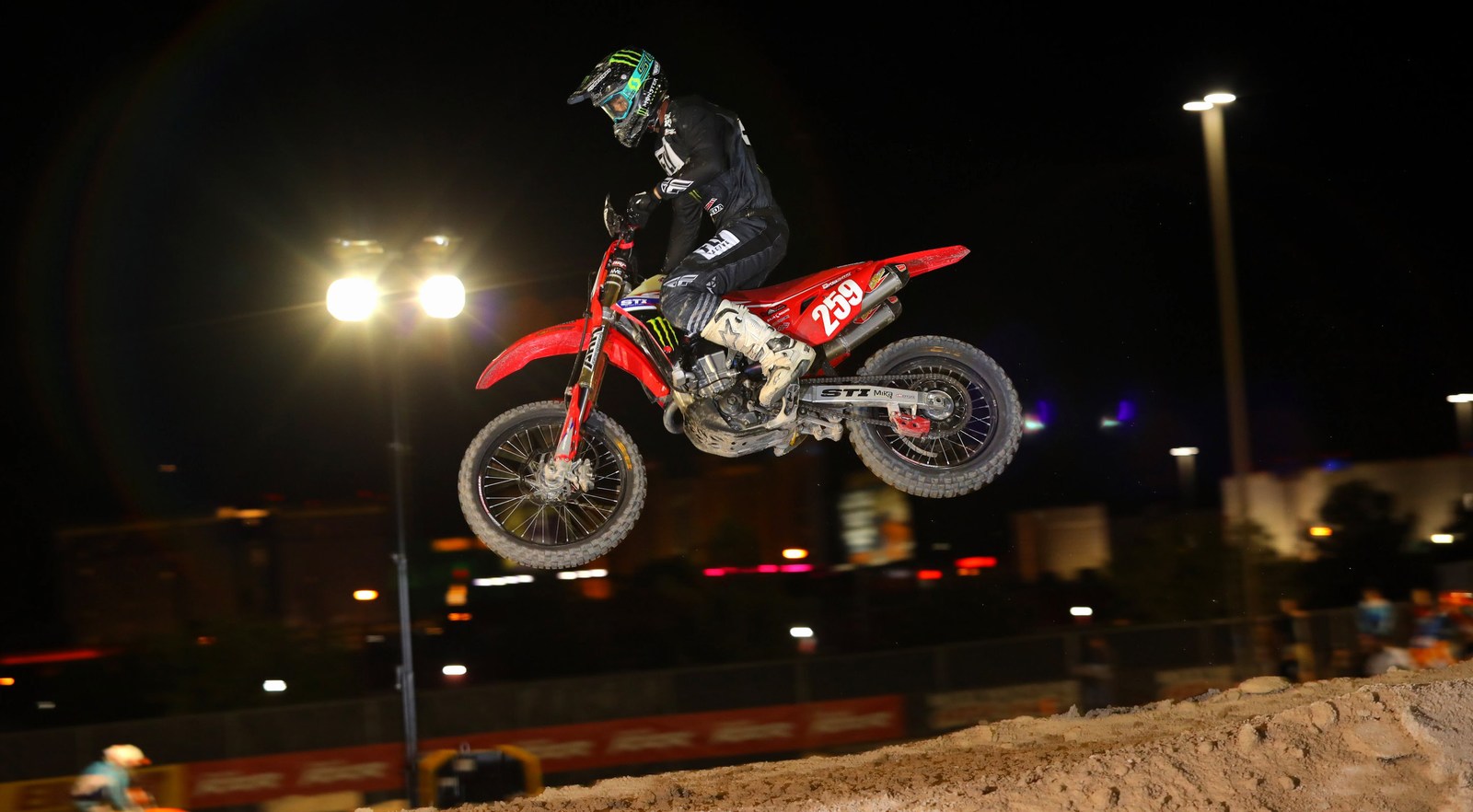 Serpa crashed his KTM going into the first corner. Once upright he threw caution to the wind and he rode an excellent race to finish third. Serpa now leads the Pro 2 championship by five points ahead of Clayton Hengeveld, who finished sixth. “I didn’t have much to lose and I actually led for a lap and half,” said Serpa. “It’s good to be back on the podium. I beat everyone that is in serious championship contention so I’m OK with that.” 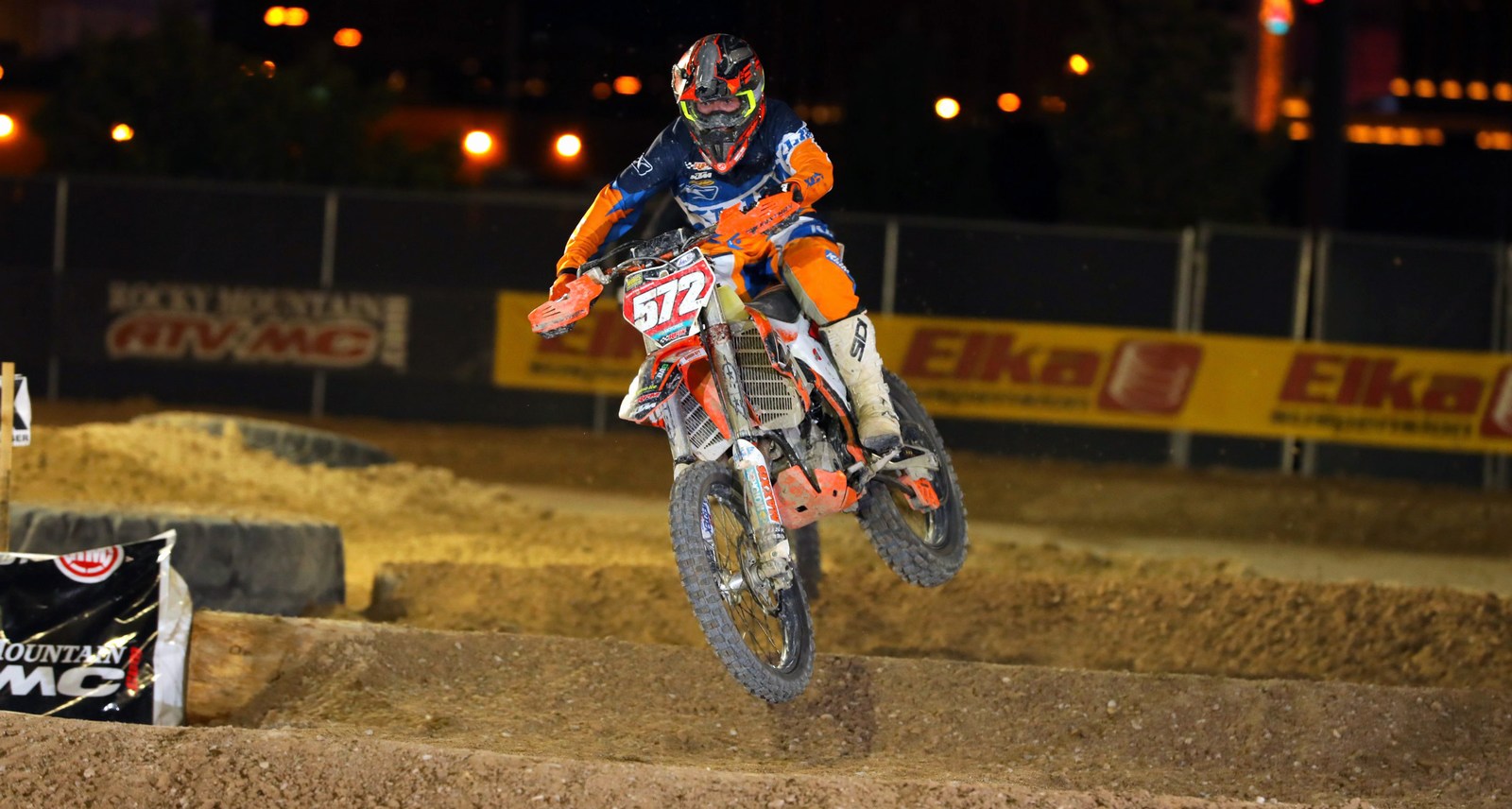 In Pro 2 Lights, Cody Miller raced his Husqvarna to victory ahead of Mateo Oliveira’s Gas Gas and the KTM of Tyler Nicholson. Miller was using the event to prep for the upcoming endurocross season and it marked his first career victory in the Pro 2 Lights.

“I was out here getting ready for the endurocross season,” said Miller. “I always come out for this race. It’s technical and it’s a lot of fun.” 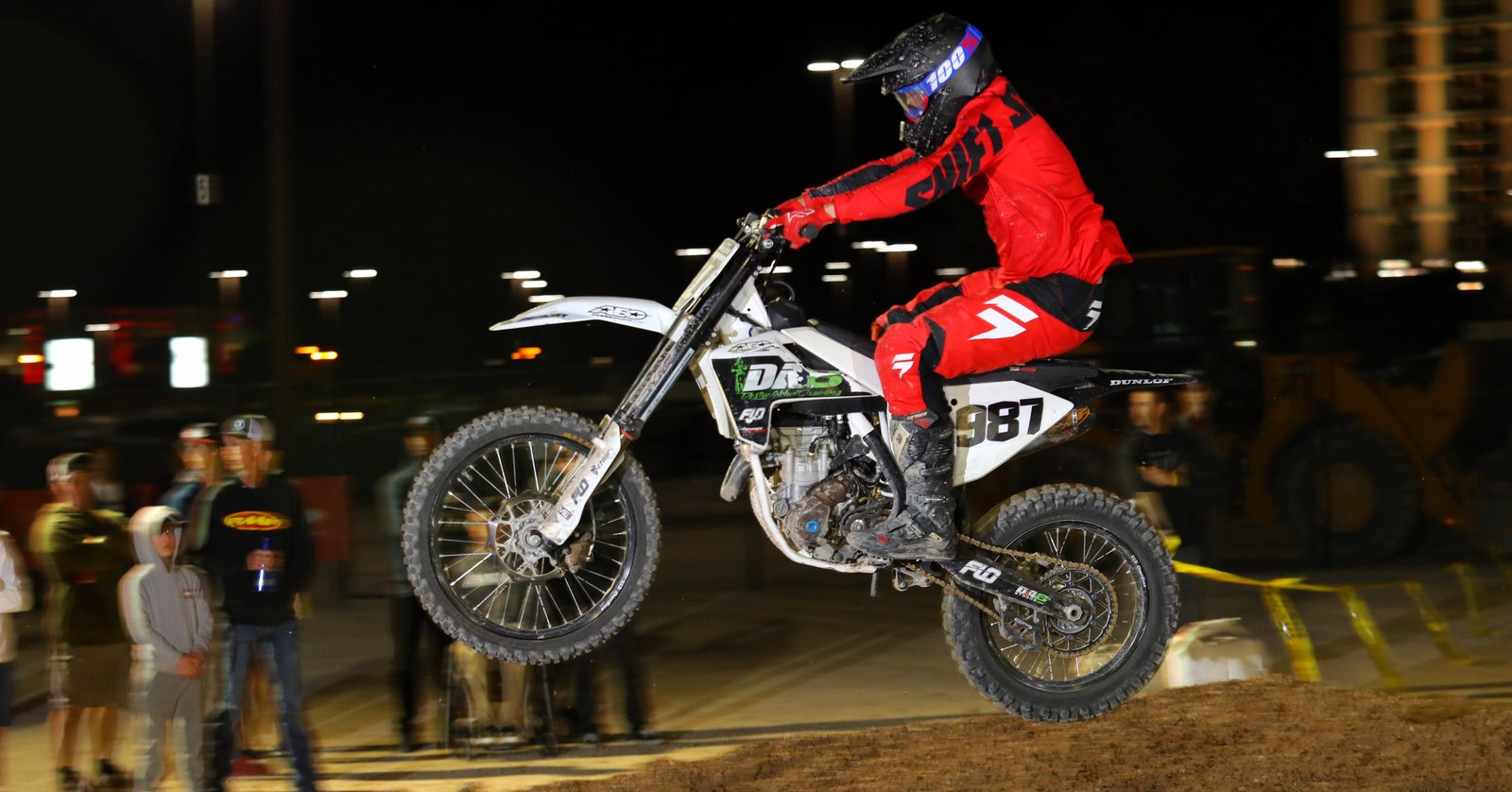 Mateo Oliveira finished second and earned his fourth podium of the season. He continues to lead the points, though he’s in a mathematical tie with Brandy Richards, who finished fifth. “It would be cool to be on the podium at every round, but that mechanical at Havasu stopped that,” said Mateo Oliveira. “I’m still having fun on my Gas Gas and I’m stoked to get on the podium this weekend.” 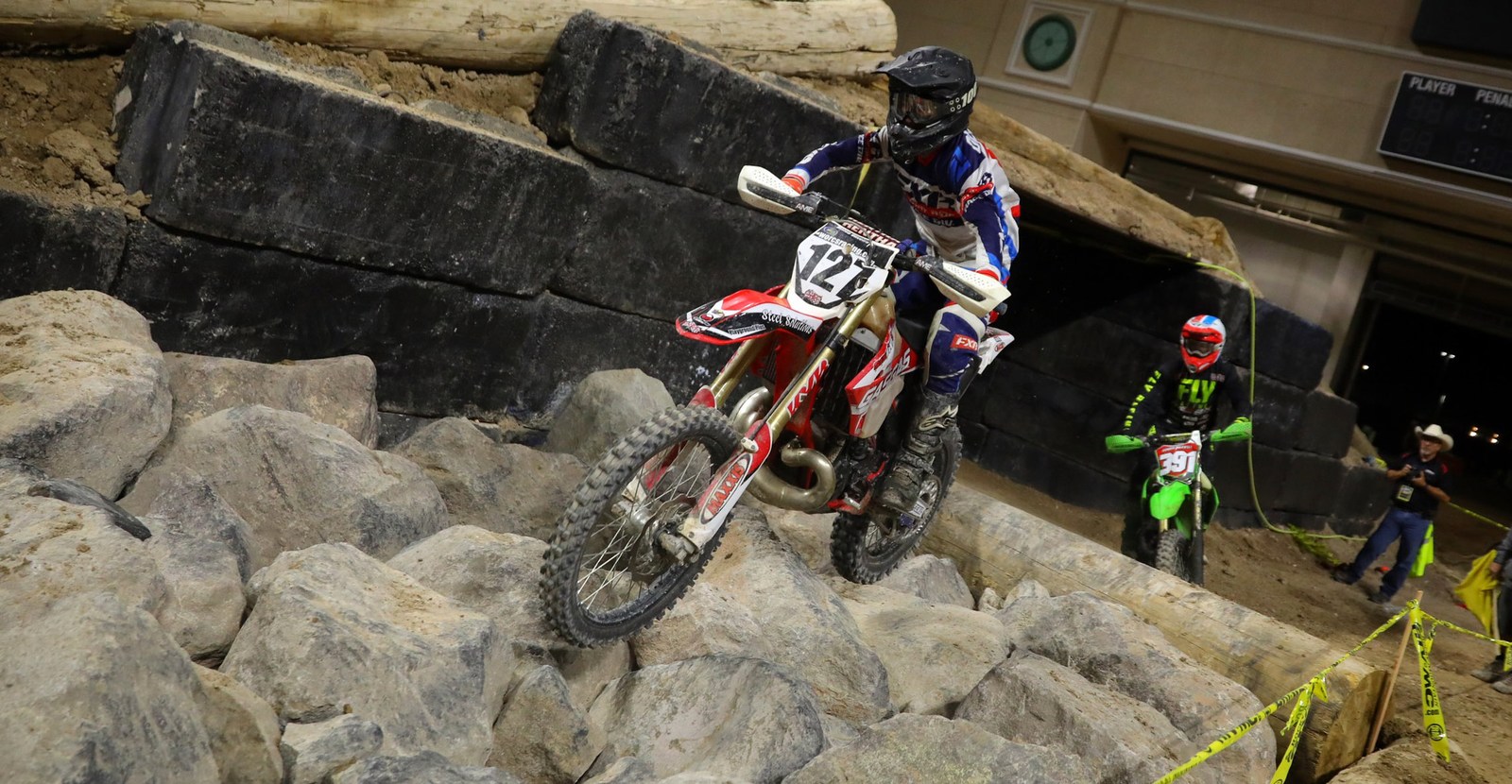 Richards padded her lead in the Women Pro class with her fifth-straight win. Lauren Woods was second, followed by Britney Gallegos. All three were riding KTMs. 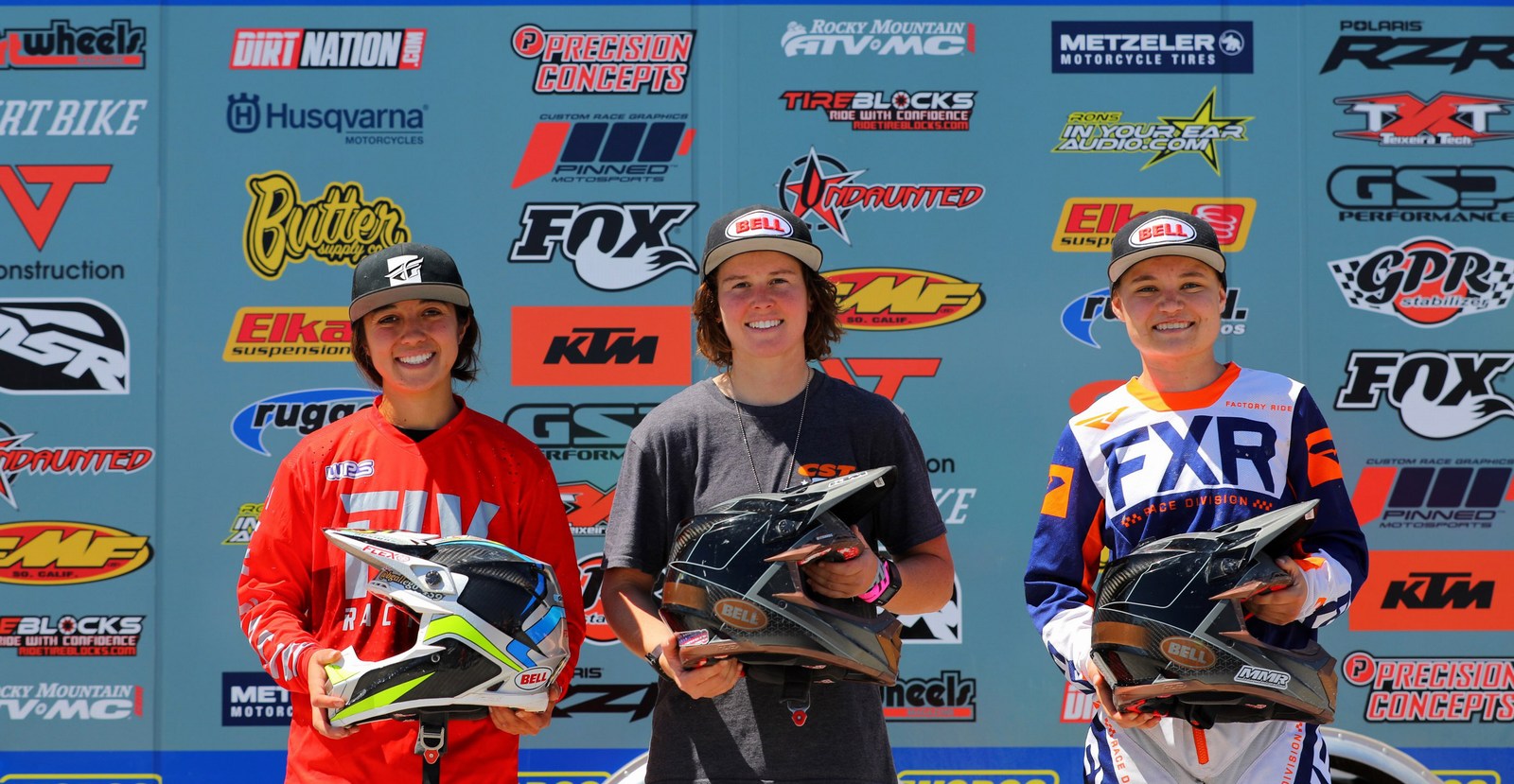 “This year has been going great for me,” said Richards. “Consistency has been key for me this season. My MX skills have helped out a lot this weekend on the tight course, especially in the short doubles and the tight turns.” 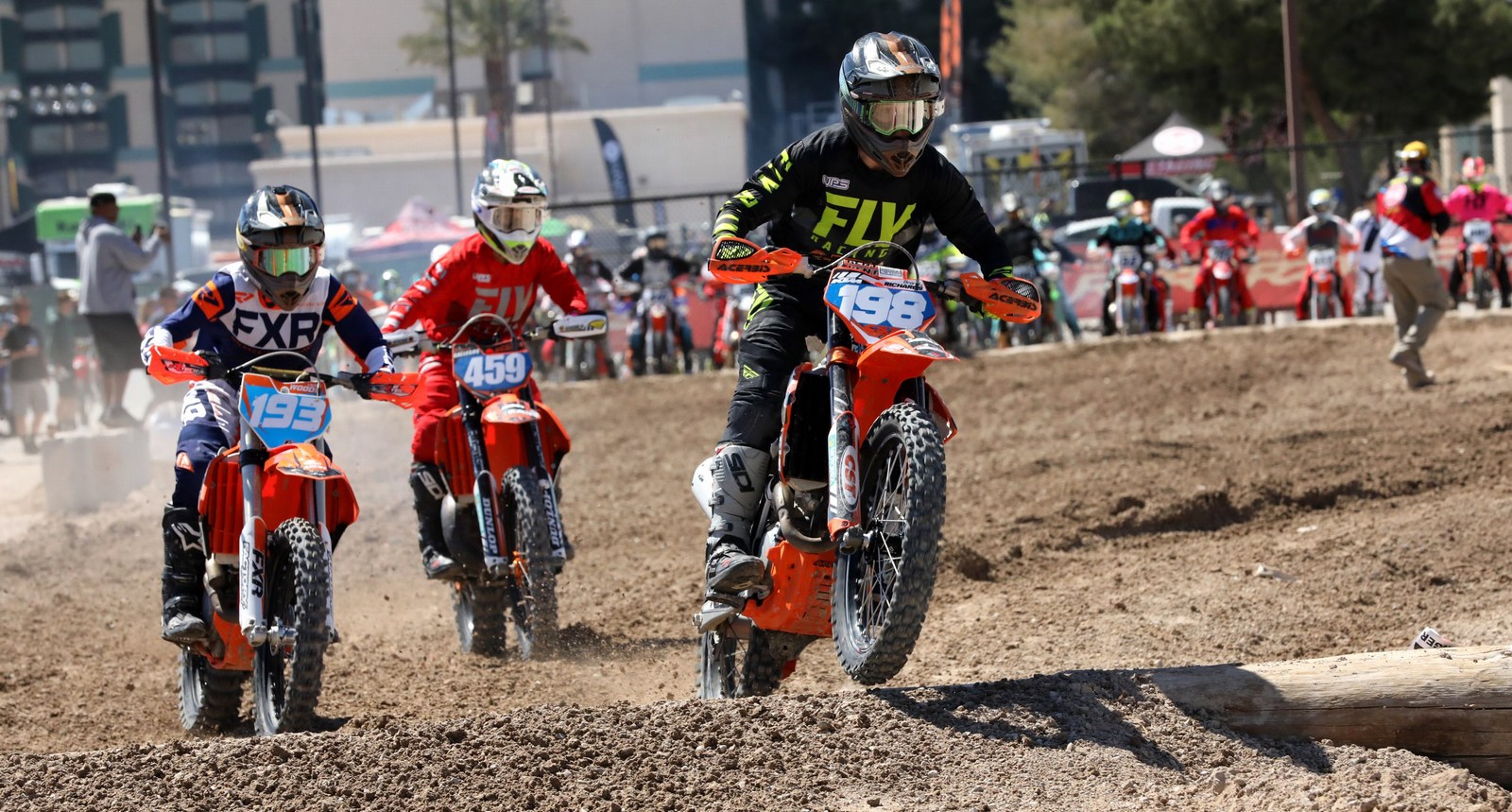 Woods worked hard to make her way through the tight course. With short lap times, racers had to make every lap count as they had to keep up with the frenetic pace. “It was an exhausting track; I think I did 20 laps based on timing,” said Woods. “The outside sections definitely helped me pick up time during the race.”

Gallegos had issues with the rock section, though she put in a consistent charge. Gallegos is looking forward to getting back to more open and fast tracks. “I tried to run a consistent race,” said Gallegos. “I’m more of a desert racer, and I’m excited for more the faster paced desert stuff.”

The WORCS motorcycles will be back in action May 24-26 when they head to Mesquite MX for round six in Mesquite, NV.