Despite blizzard conditions just north of Lake Havasu leading into the weekend, 16 Pro and Pro-Am riders were here to compete on the tricky Havasu track. While it retained the popular lagoon jump, high lake levels forced WORCS officials to change the course from previous years. Though tighter than in the past, the track was praised by competitors and made for exciting racing.

In the Pro race, Sloan took the lead early and then battled Baron before losing the lead. Both of them checked up behind a lapper, though and Baron’s Honda got sandwiched between two quads. While Baron was battling to get unstuck, Sloan took advantage, got back going and then cruised to victory.

“I got up front, but Beau caught me and got past me,” said Sloan. “We checked up for a lapped rider and both of us got stuck. Beau had trouble getting out. From there, I just cruised it and tried to save my bike. The track was smoother in some areas than we’re used to. A shout out to the WORCS crew for putting on good events and keeping it interesting every round.” 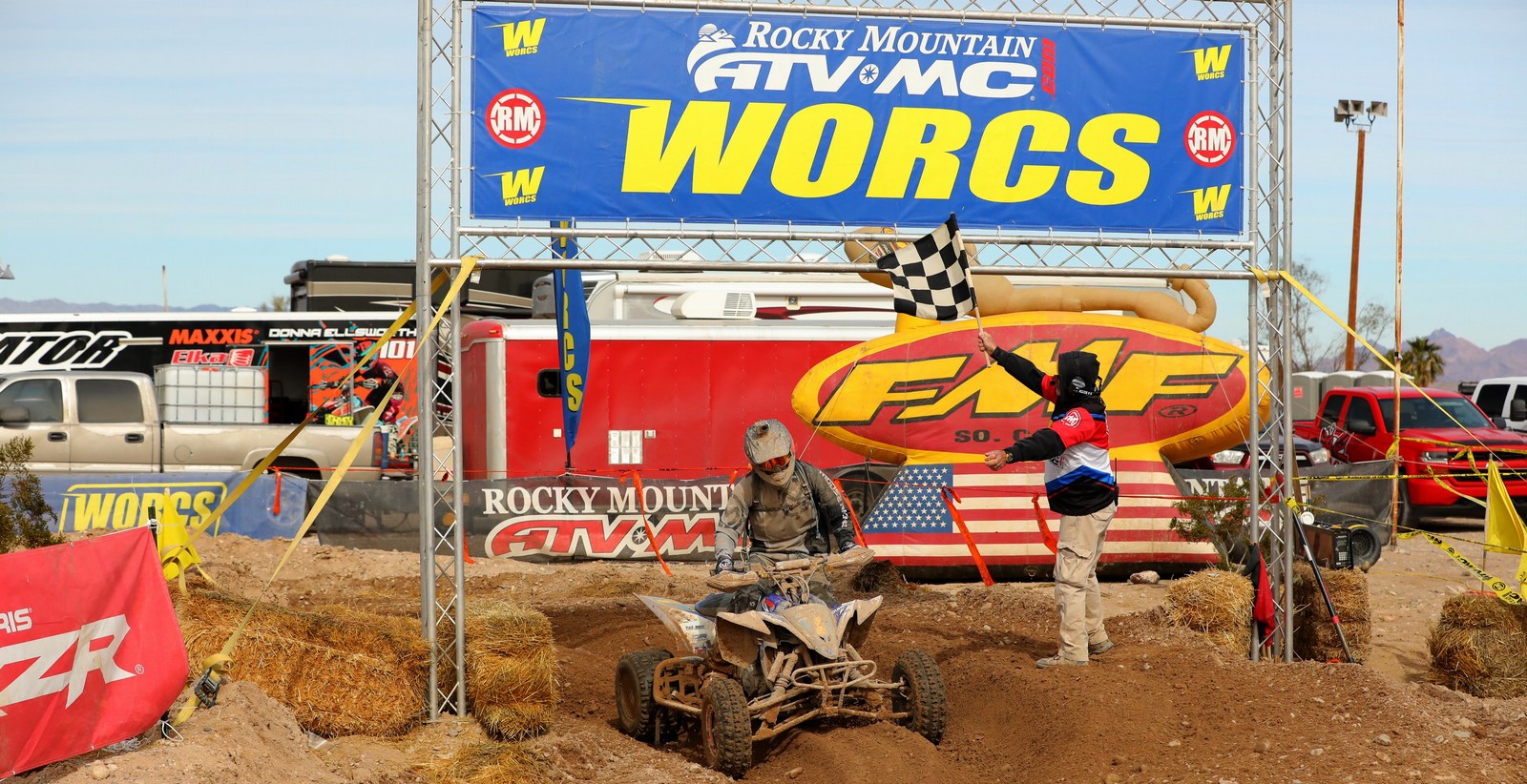 Baron started third, but was faster than anyone else on track by a wide margin. After quickly catching Sloan, he took the lead and looked ready to check out from there. Then he came around a corner and a lapped quad stopped in front of him. After just getting stopped, another ATV hit him from behind, and he had to make up time just to finish second.  “I was faster than everyone by 10 seconds a lap, but I can’t really complain,” said Baron. “I wasn’t tired and I ran the kids down, so I guess I’m still a little bummed. Now I’m tied for first in points. I’ve won some races here, and I’d had a lot of bad races here. We’ll take it into the next race.”

After having trouble on the first lap of the season opener, Spooner came into this race with renewed hopes. His first full WORCS race resulted in a third place and his first career WORCS podium. The newcomer is hoping to build on the momentum he started here. “This is my first full WORCS race and it’s nice to be on the podium in Pro,” said Spooner. “WORCS a premier series for the West Coast and this is a solid foundation on which to build.”

In Pro-Am, Jarrett Curley took the holeshot and was hitting his marks before he got a rock stuck in one of his wheels and had to pull off. While repairing the bike, he got passed by Kenny Sanford and Ricardo Gonzalez. After getting back on track, he passed Sanford and then took the lead for good when the chain broke on Gonzalez’s Yamaha. It marked his first career WORCS victory and it was a dominant one as he finished third overall, three minutes behind Sloan and Baron.

“I ran a good race for three laps, but I got a rock stuck in my left tire. I pulled out the rock, but got passed by two people,” said Curley. “I got around Kenny and then I caught up with Ricardo. His chain snapped, so I focused and started passing people.”

Kenny Sanford tracked down his brother Cody early in the event and then took second from Curley. He held that position at the finish and scored the second spot on the Pro-Am podium. “The first couple of laps I caught up to Cody and he made me work for it,” said Kenny Sanford. “The track was rough. I was hoping it would stay more flat. It didn’t so we made do and did what we could.” 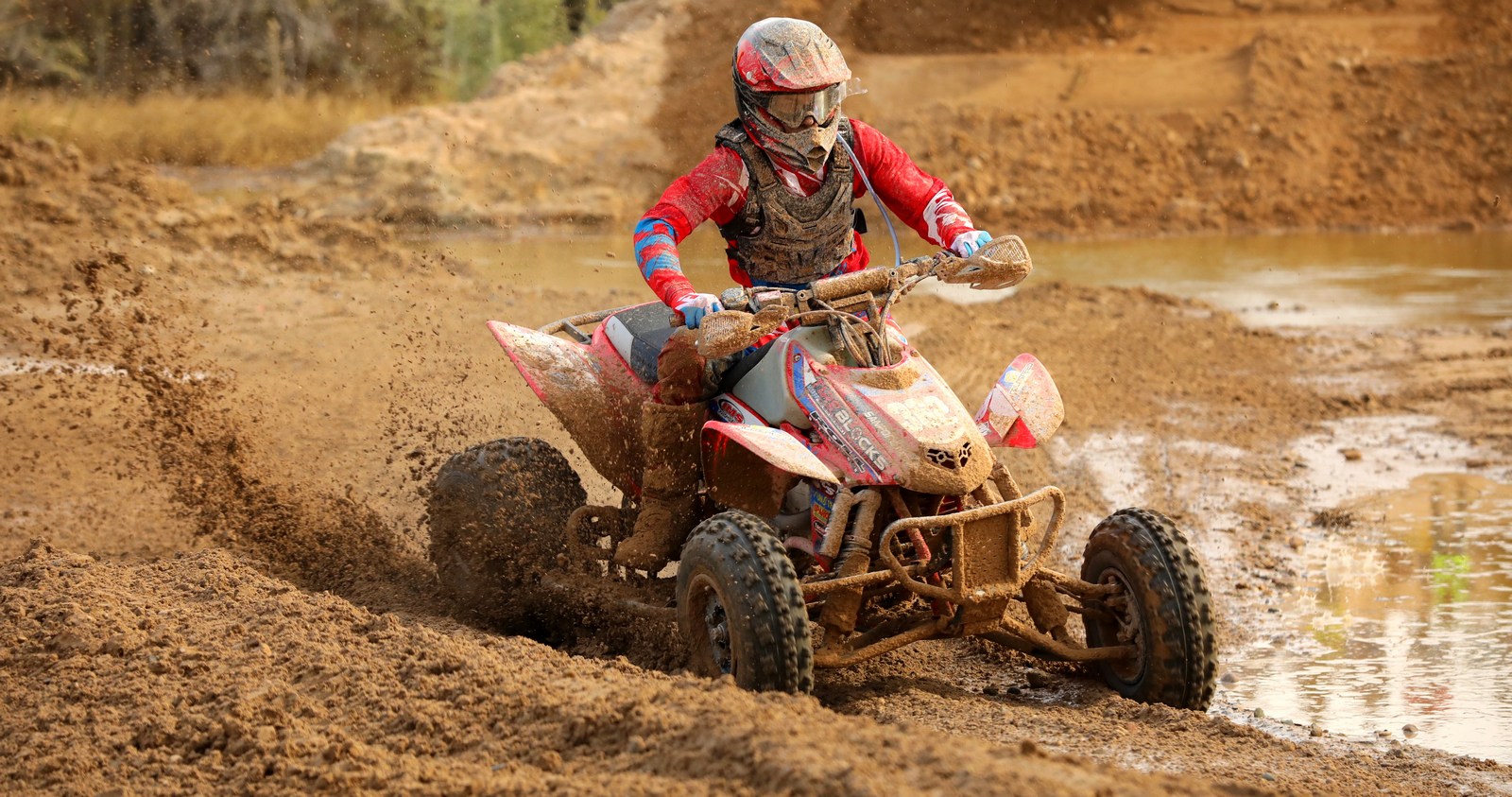 Cody Sanford said the sibling riding rivalry is just starting with his brother. He said he’s working hard on his training to try to beat Kenny Sanford, and scored his first Pro-Am Podium behind his brother, Kenny. “I want to beat my brother, but it will take a while,” said Cody Sanford. “It got rough at the end, but it was fun.” 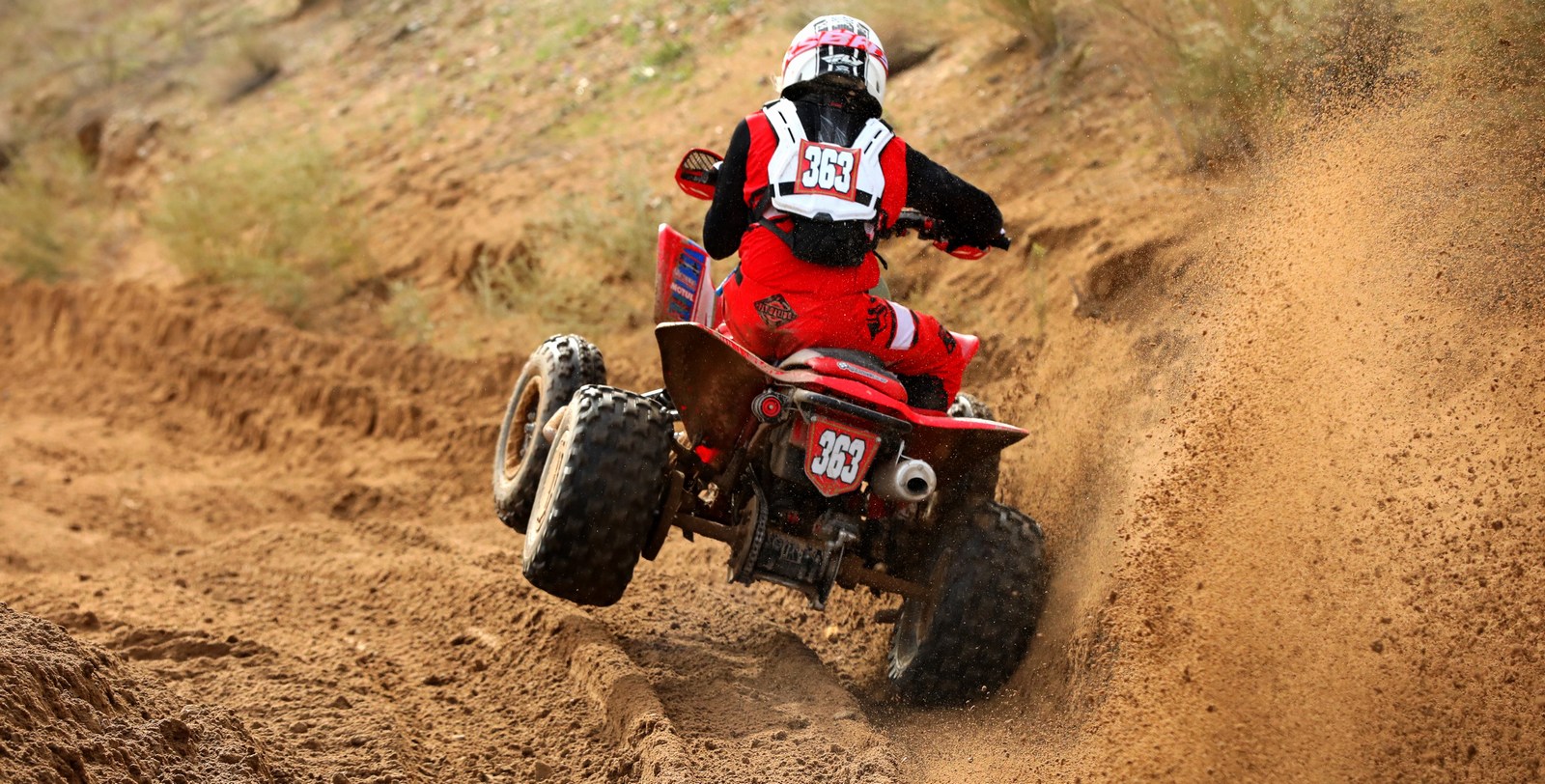 The WORCS ATVs next head to Canyon MX in Peoria, AZ. That race is scheduled for March 15-17.