Primm, NV (1/27/2019) – Beau Baron came into the season opening Rocky Mountain ATV MC WORCS Series presented by Polaris RZR and Dirt Wheels event with something to prove, both to himself and everyone else. He did just that as he dominated the Pro ATV race, leading every lap of the event held at Buffalo Bill’s Resort and Casino.

The event was the first this year of WORCS new split series, where motorcycles compete on their own weekends, while the ATVs and SXS classes compete together. That turned out to be a good move, as a record number of competitors turned up for the race. With 9 Pros and 12 Pro-Am riders competing, which made for a much more competitive show.

The new series organizers further enamored themselves to the competitors by building one of the nicest Primm track layouts in recent memory. They even added a special Pro shortcut section for the ATV racers. The technical rock section allowed riders who took it to cut over a minute off of their lap times. Expert track preparation kept dust to a minimum.

After losing the 2018 championship by just one point, Baron knew he needed to get back up to speed quickly. He snagged the holeshot on his Honda and proceeded to dominate the race. Defending champion Mike Sloan was second, ahead of Logan Huff, who was making his Pro class debut. Tyler Benally and John Rickerd rounded out the top five.

“It was a big deal for me to go out there and prove to myself and to everyone else that I still had the speed,” said Baron. “I was on a mission. I got the holeshot and I didn’t look back. I just kept it pinned the whole time.” 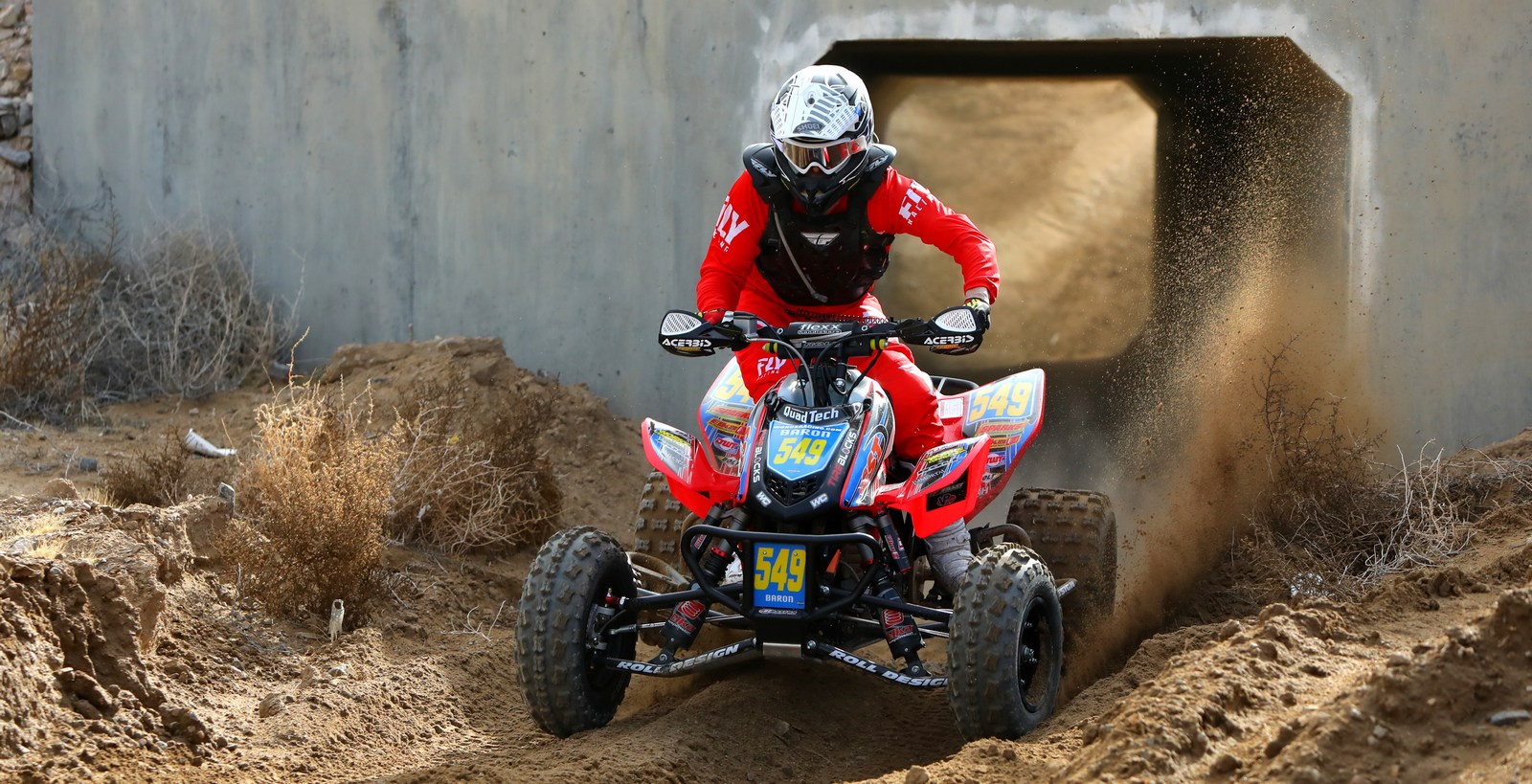 Baron commended WORCS officials for adding the technical Pro section to the circuit. He said it made for a much more interesting and fun race. He wanted to ensure that their efforts didn’t go unnoticed. “It makes a big difference for the Pro riders,” said Baron. “It wasn’t crazy, but it was different and it’s been a long time since we had an endurocross or a rock section, or anything else to separate the course. I appreciate them putting the effort in because technical stuff is what I like to ride. I want to ride stuff that’s difficult. It makes it fun.” 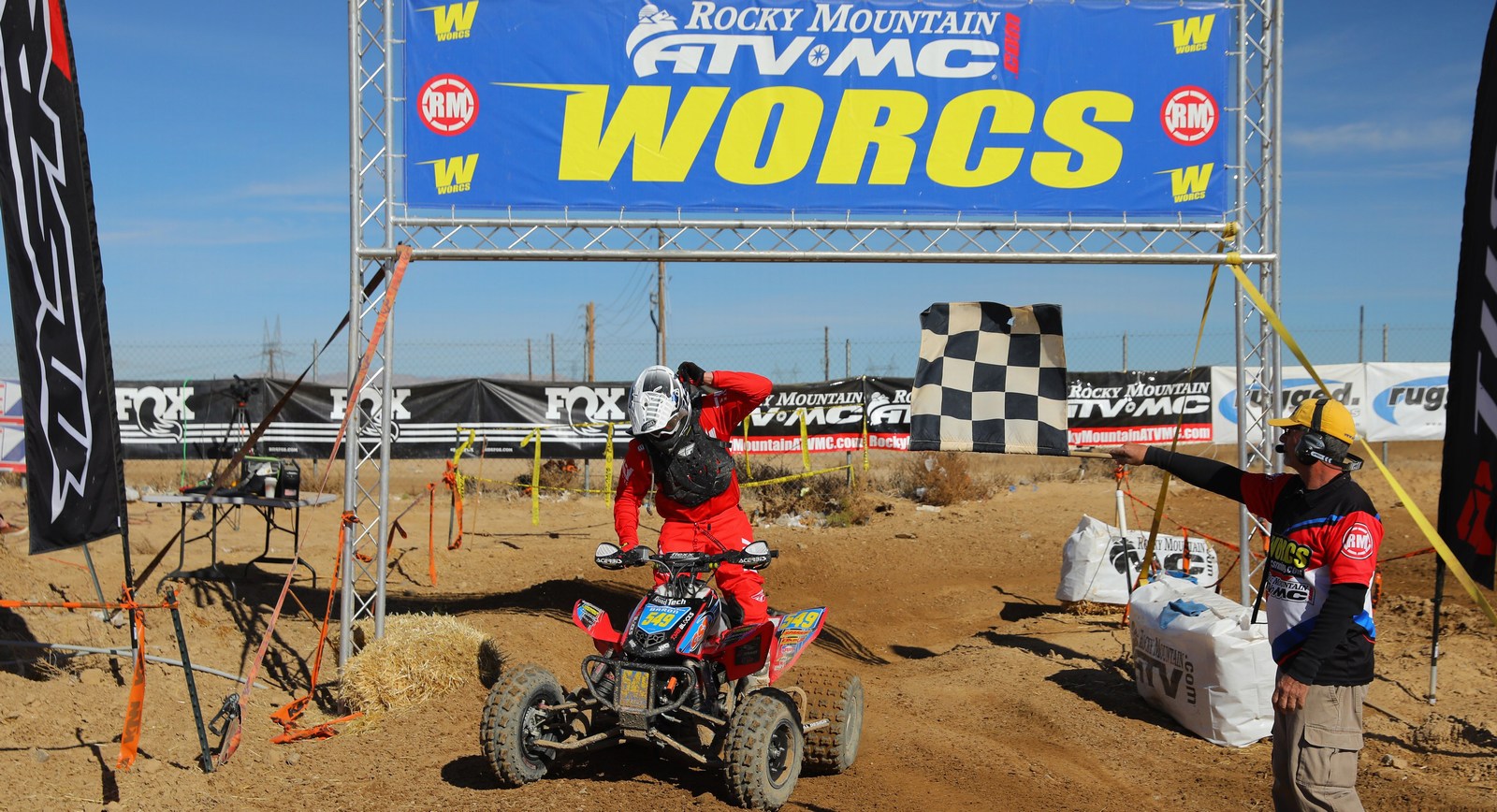 Sloan had trouble firing up his Yamaha at the dead engine start and was last off the line. He spent the entire one-hour race making up time and he finished second. “I didn’t have the start I wanted so I really had to put my head down,” said Sloan. “I just tried to stay calm and stay mentally strong. I knew the track was to my liking and the bike was working awesome. I just tried to get faster each lap and kept pushing. Second place is a good way to start the year. I’m going to try to keep the ball rolling, stay consistent and have fun.” 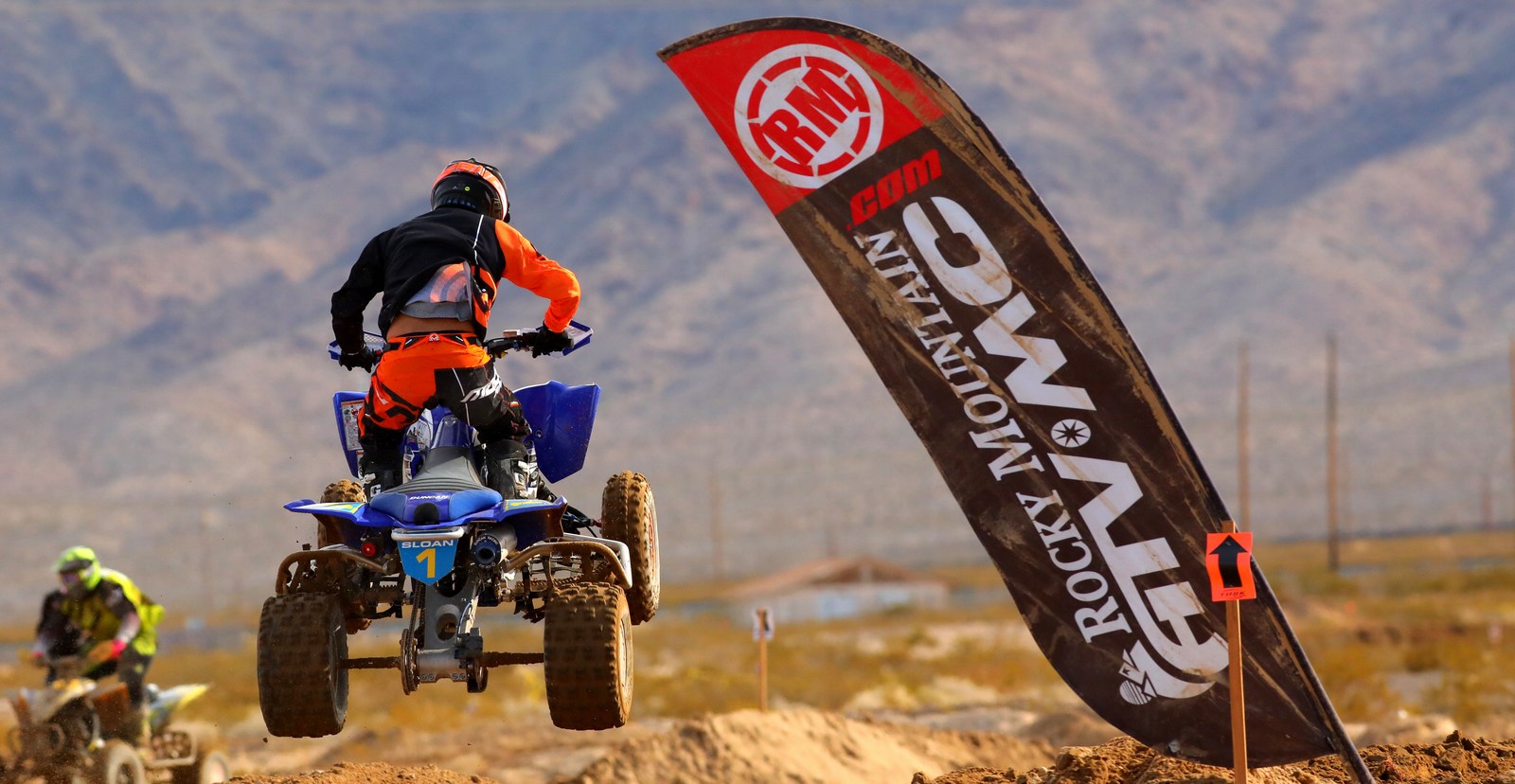 Pro rookie, Logan Huff secured the final spot on the podium, which made for an impressive pro debut.

In Pro-Am, Ricardo Gonzalez carried the day on his Yamaha, beating out the Honda of Kenny Sanford and Austen Turner’s Yamaha. Gonzalez used the Pro section to his advantage on the first lap. As the quads in front of him took the outer loop around the rock section, Gonzalez took it, grabbing the lead for good. 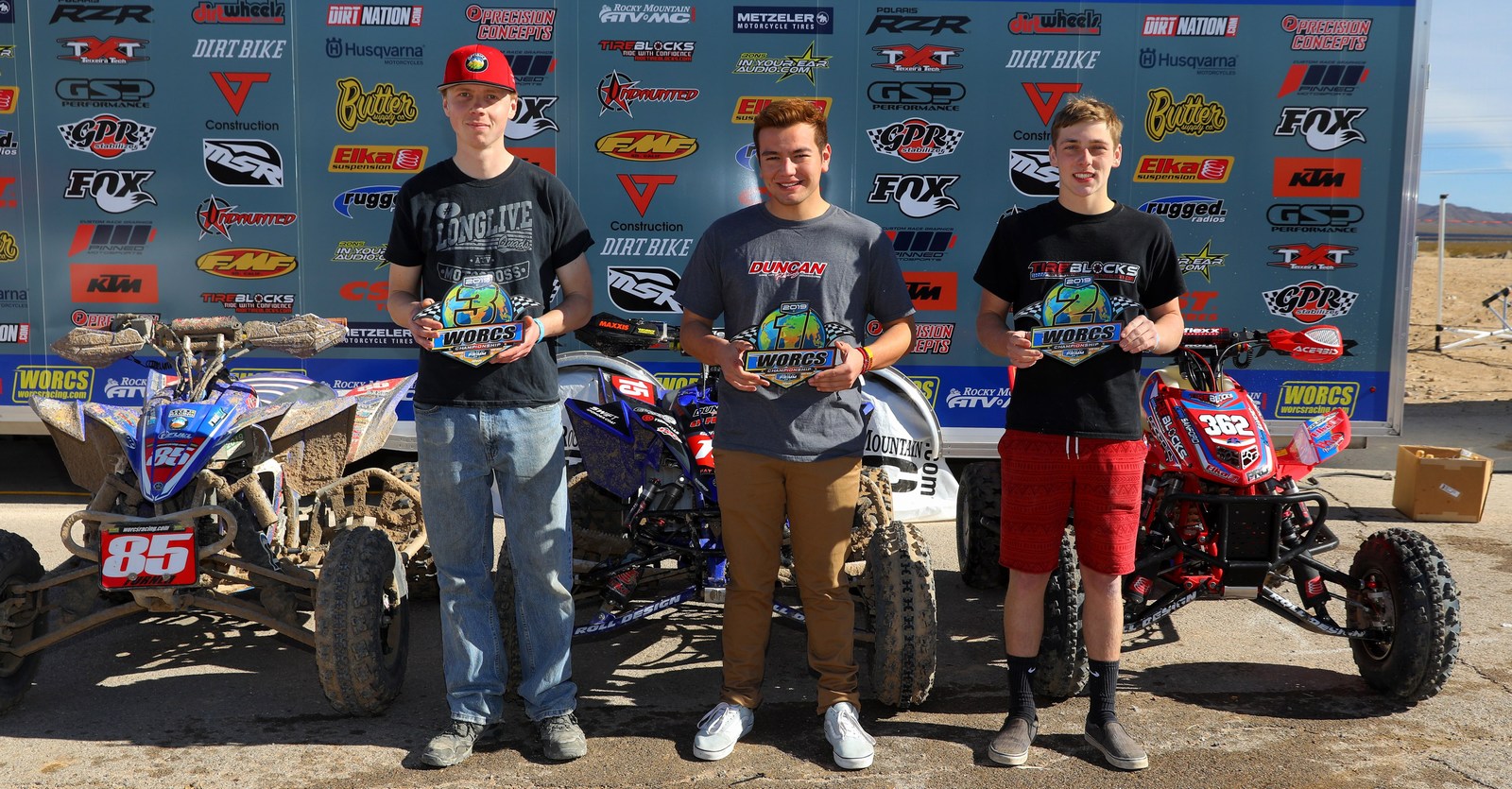 “I’ve always had bad luck here so I’m proud of myself,” said Gonzalez. I’m glad to get this first round out of the way. They went straight and I took the Pro section. From there I just focused on riding smooth and I came out with the win.”

Tireblocks’ Kenny Sanford and Austen Turner rounded out the Pro-Am podium at the season opener.

The next race for the WORCS ATV racers is being held February 22-24 during Spring Break weekend in Lake Havasu, AZ.