Primm, NV – Mike Sloan won it all during the Pro ATV portion of the Rocky Mountain ATV MC WORCS Series presented by Toyota and Dirt Wheels Pro races at Buffalo Bill’s Casino. After leading every lap of the ATV race, he clinched the championship by one point ahead of Beau Baron. Baron finished second in the race, ahead of Robbie Mitchell.

After the last round was canceled, this weekend’s race offered double points. Doing the math, Sloan knew if he won, he would take the championship. After snagging the holeshot, it took everything he had to put together a virtually flawless run to score the win and the title. 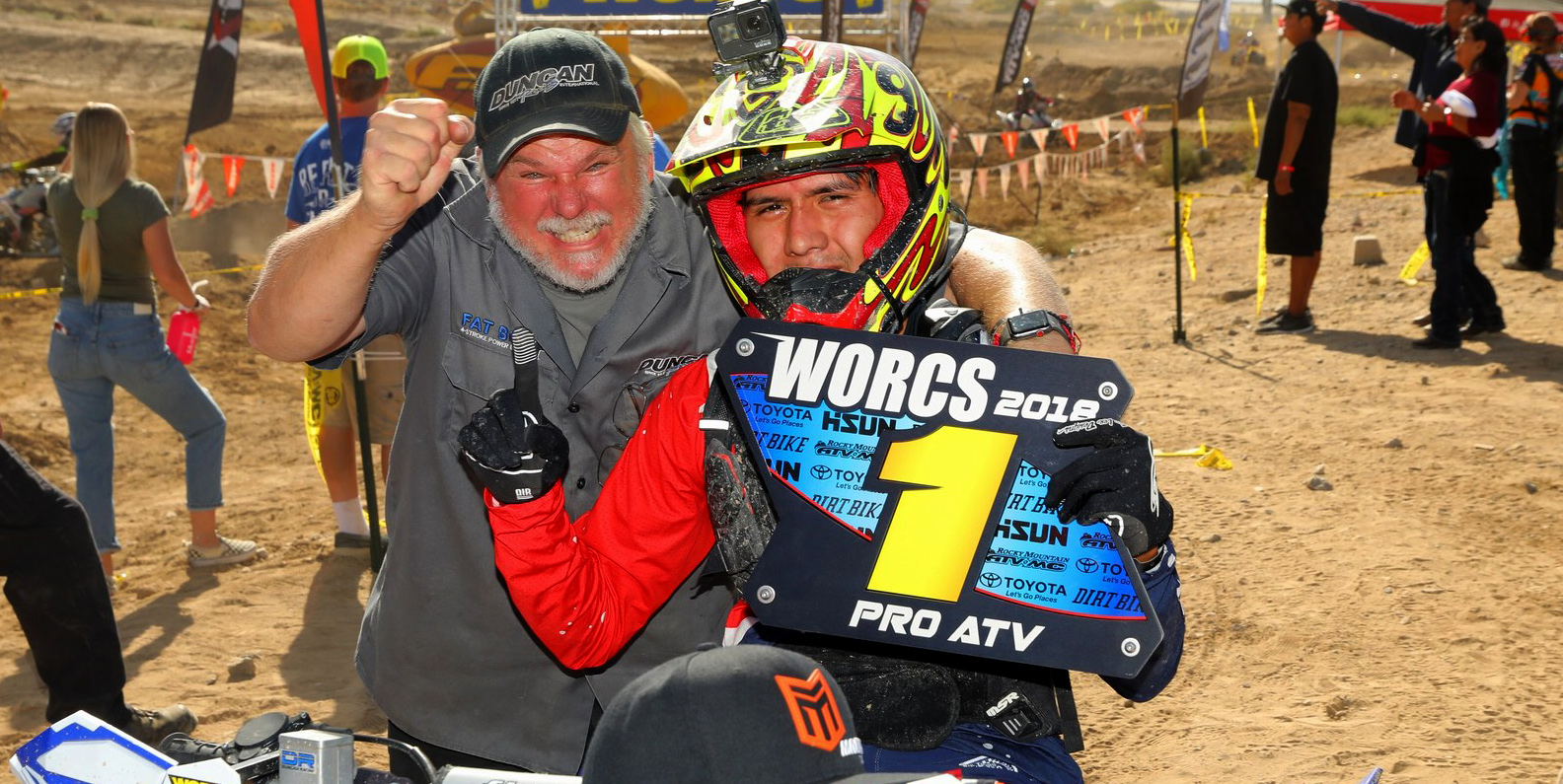 “I knew I had to get a good start and get out front,” explained Sloan. “I got the lead and just trusted myself, my thinking, and my training. I would see Beau, but I stayed calm and kept fighting. I played my game, stayed focused, and rode my own lines.” 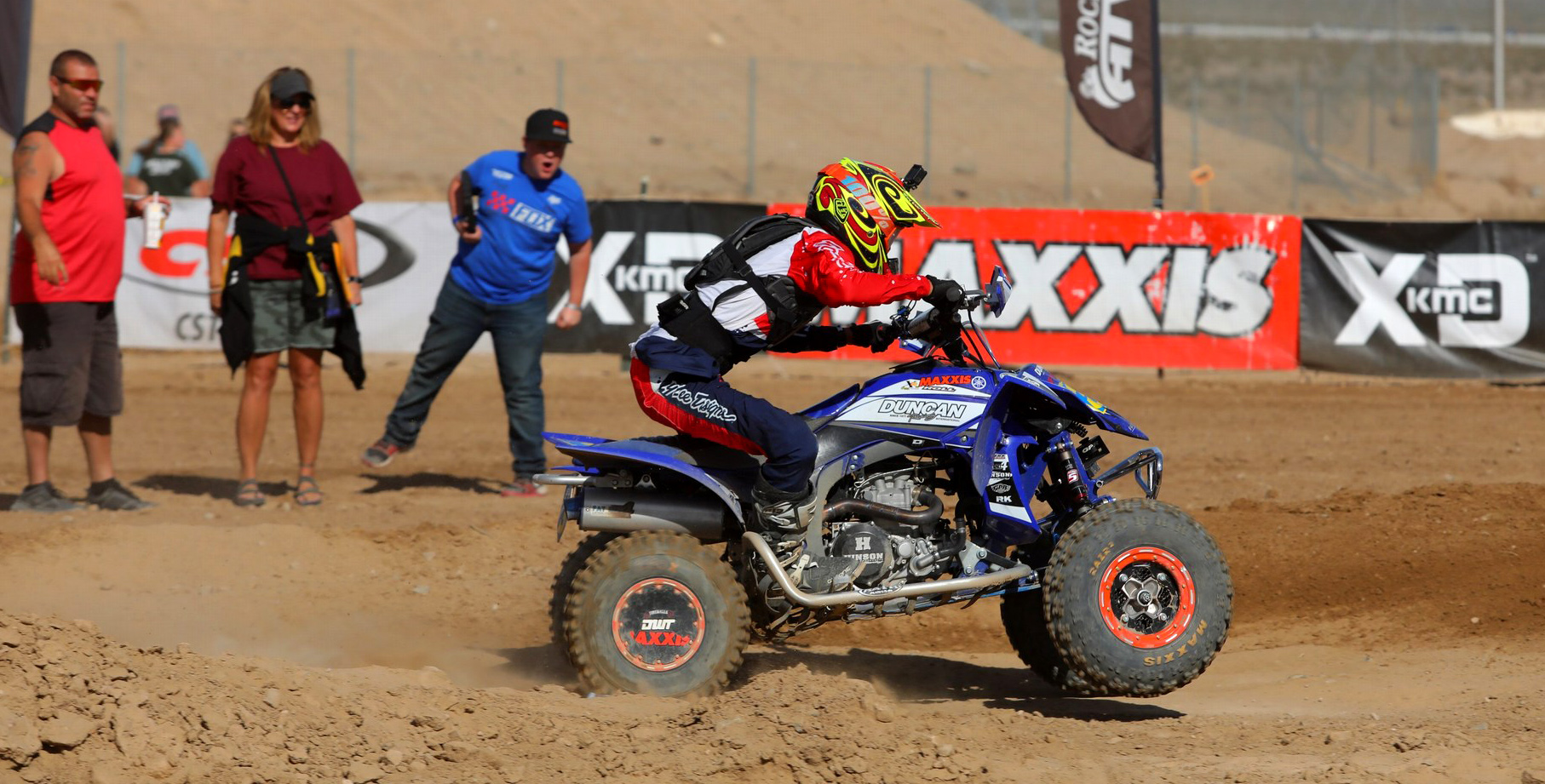 Sloan grew up idolizing WORCS Pro ATV riders and dreamt of one day being one of them. The moment he knew he won the title, he realized that dream had come true. He scored a total of two victories this season and finished on the podium at every race. “It’s unbelievable,” said Sloan. “I went running one night when I was in high school. I wanted to be up here so badly, so I was putting in the work then. That was back in 2009 and now I’m here.”

Baron had setup his quad to cope with more flowing sand whoops. With only moderate chop, that move didn’t allow him to charge when he needed to and he couldn’t catch Sloan. “The bike was setup way too stiff because they said they weren’t going to groom today,” said Baron. “I expected the big sand whoops, but instead there was just a little bit of chop. So I couldn’t hold onto my bike.”

Mitchell had trouble at the dead engine start and was playing catch-up throughout the event. Still he earned his third podium of the season after coming from the back of the field. “For some reason I struggled with line choice,” said Mitchell. “It’s hard to keep up when you’re stuck behind everyone. It seemed like every time I gained position, I get stuck behind someone. I just couldn’t make it happen today.” 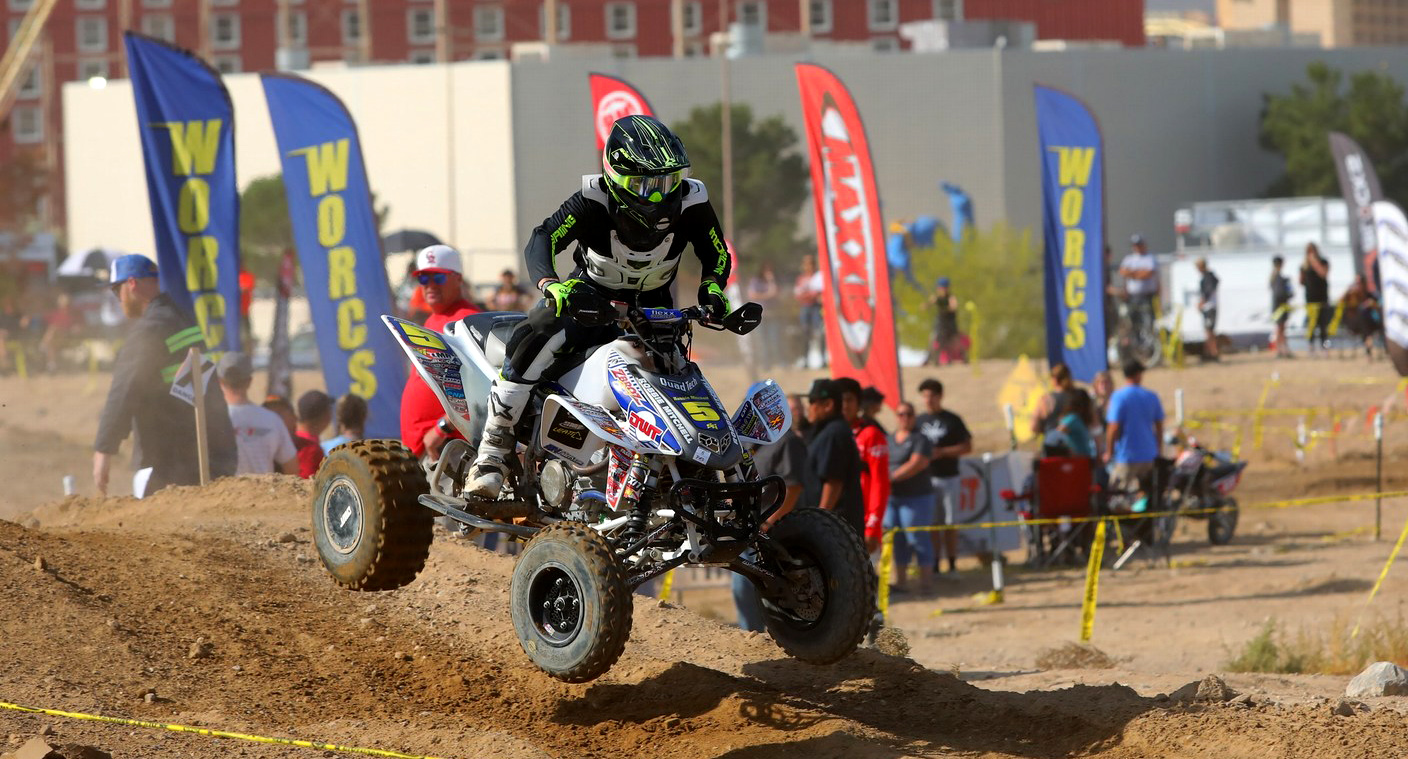 In Pro Am, Kenny Sanford scored his first victory of the season. Logan Huff finished second and clinched the championship. Tyler Benally was third. 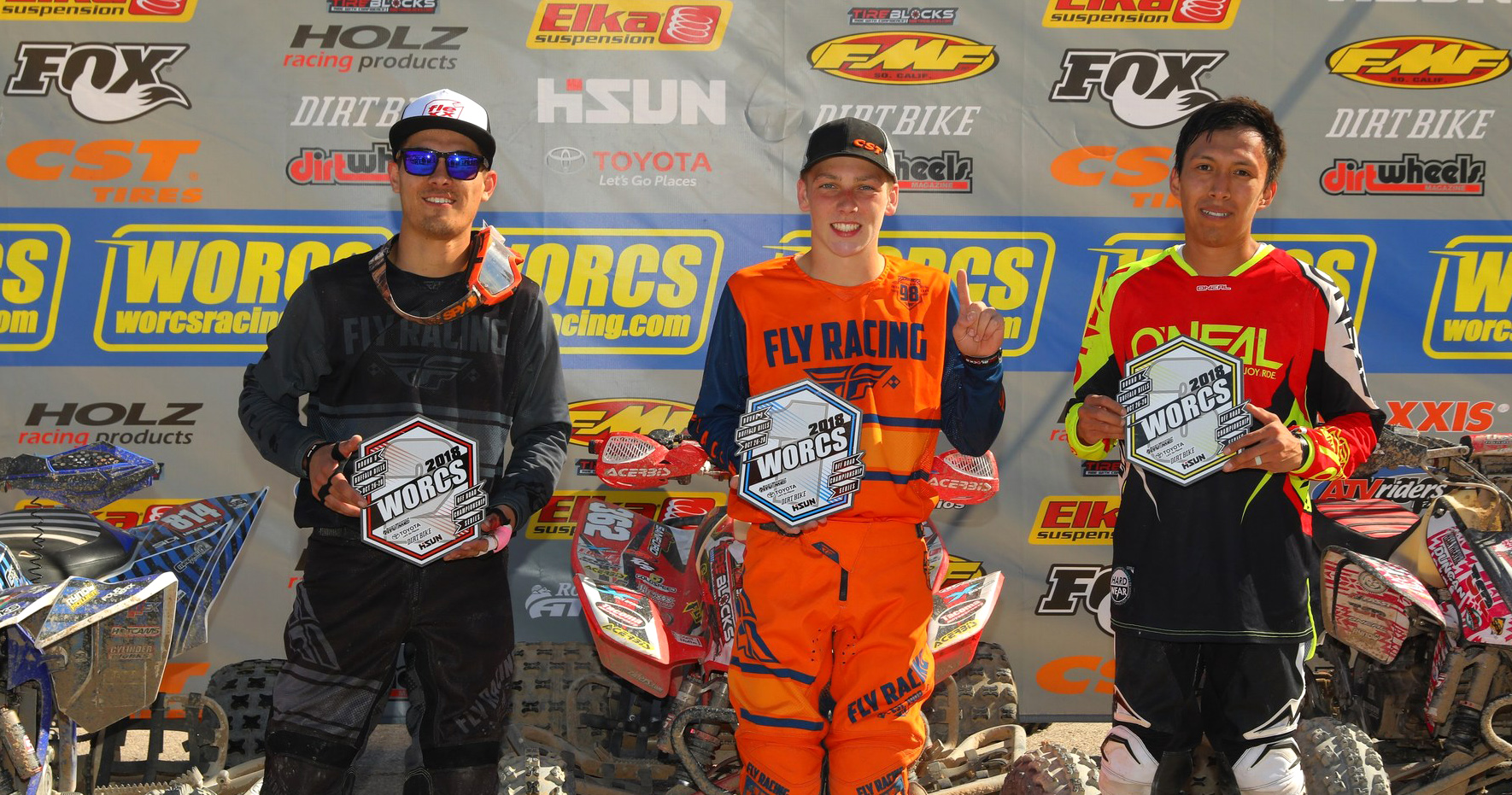 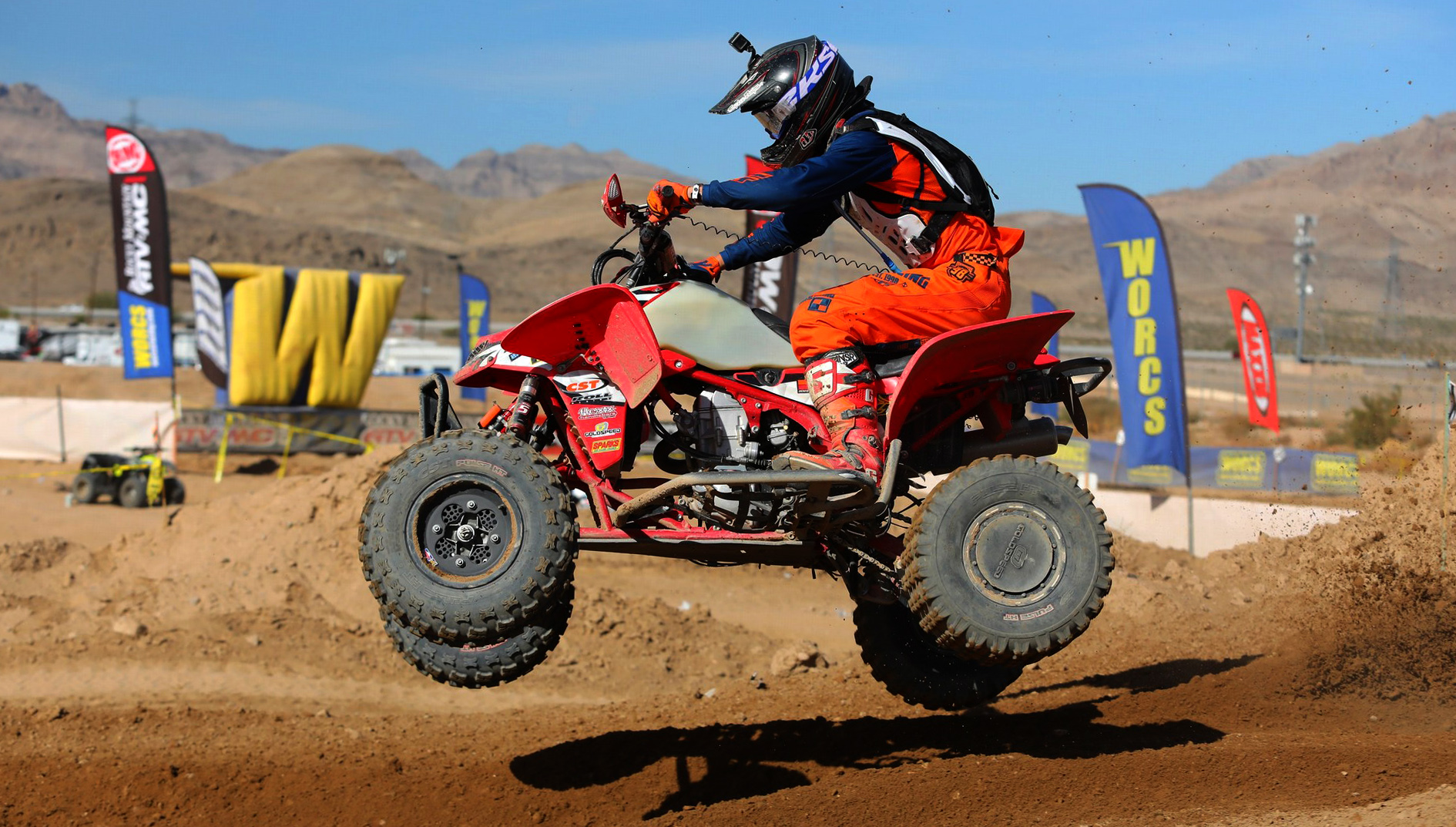 Despite injuring his hands during Friday’s events, Huff finished second. In all, Huff won five races this season. He plans to step up to Pro next season. “I tore my hands up pretty good yesterday, but I made it work,” said Huff. “I just rode my own pace, and finished second. I’m super stoked on the championship and I’ll definitely be riding in the Pro class next season.” 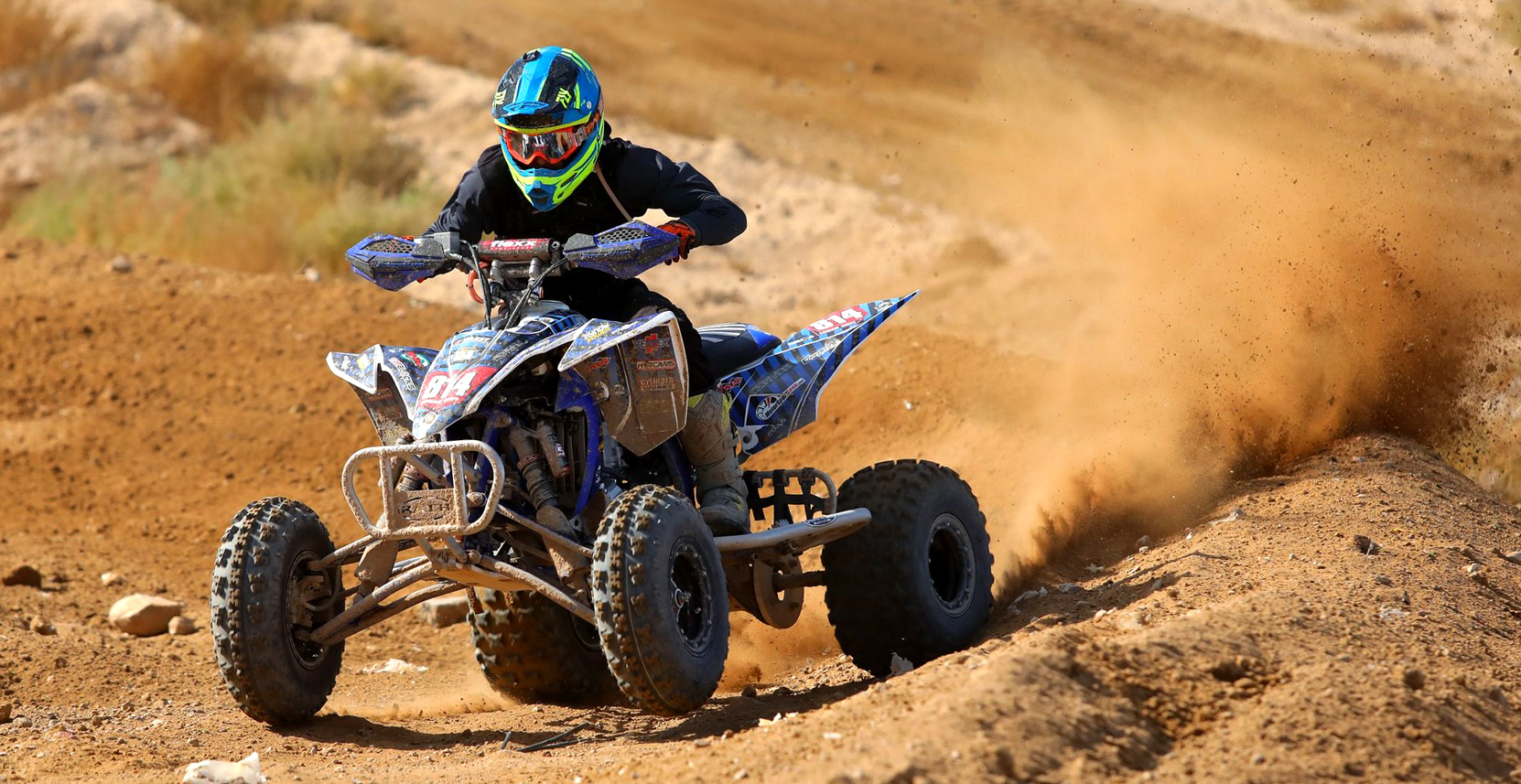 Benally had his own deficit at the start of the race. After losing the header pipe on his quad on the first lap, he worked hard to score the final spot on the podium. “It was pretty rough out there and the bike didn’t make it any easier,” said Benally. “I decided to go with it. It’s the last race of the year and I had to ride through it. “

The WORCS Series will hold eight rounds of ATV/SXS competition in 2019 with a $5,000 Pro purse up for grabs. The season kicks off January 18-20 at Buffalo Bill’s Resort and Casino in Primm, NV.