The race was held on Glen Helen’s expansive circuit that featured huge elevation changes, fast straightaways, and a tricky off-road course. The eight-lap affair had a dead engine start and Baron even surprised himself by taking the holeshot. From there, he wasn’t seriously challenged. Mike Sloan finished second, followed by Robbie Mitchell. John Rikerd and Felipe Velez rounded out the top five. 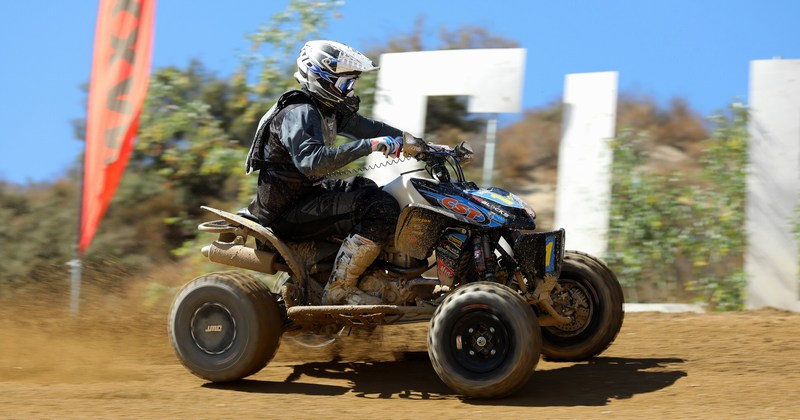 Baron is not known for his dead engine start prowess. He finally got that monkey off his back as his Honda fired right up and he was immediately into the lead. The win allowed Baron to pad his points lead to five with two rounds left.

“I’m just pumped man because today was the first day that I ever got a dead engine start for the holeshot ever,” exclaimed Baron. “I got out front and just tried to put in a good pace at the beginning. I rode smooth and steady to come out with the win.”

Sloan let Baron get away at the beginning of the race, and admitted he had a little rust from the summer break. At the midpoint of the event, he charged and came in just 30 seconds behind Baron at the finish. 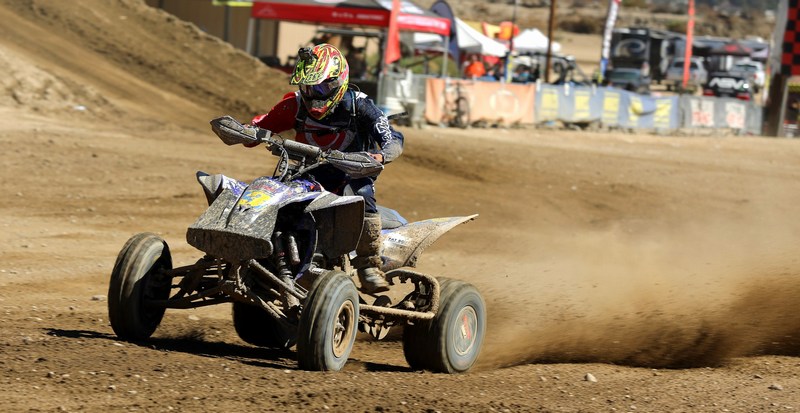 Mitchell, usually an ace of WORCS dead engine starts, had trouble at the green flag due to a jetting change prior to the race. After coming out of the start at the back of the pack, he spent the race playing catch up and finished third. 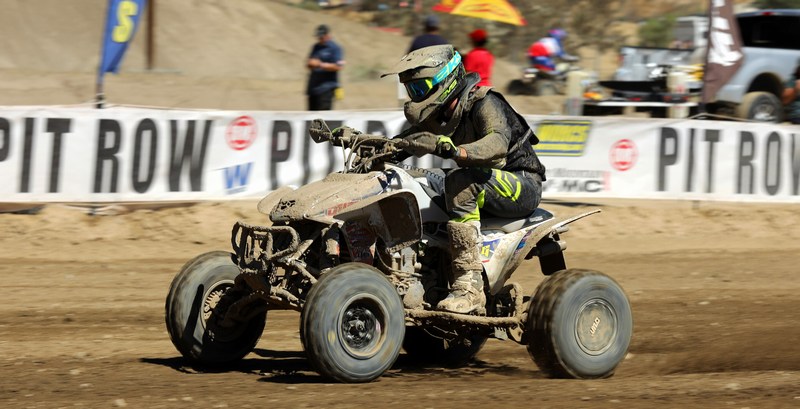 In Pro-Am, Huff started fourth while Daelen Etsitty took the holeshot. He quickly made it to third behind Kenny Sanford. Etsitty then fell out with a mechanical problem and the battle was on. 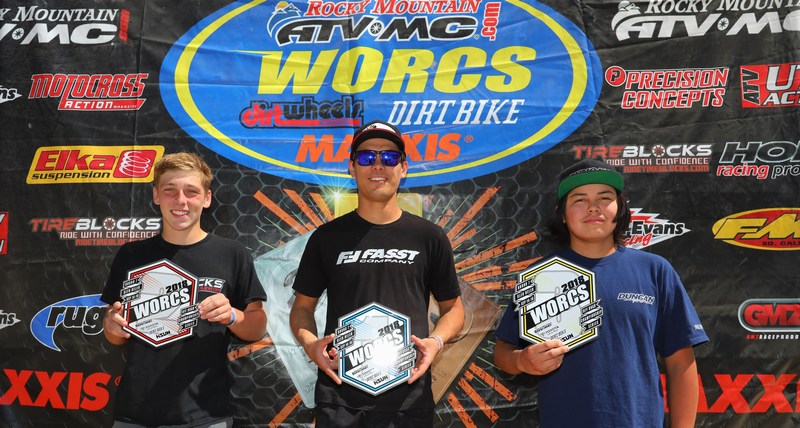 Huff and Sanford slugged it out for most of the race before Huff used an inside-outside move on the first hill with two laps to go and took the lead for good. Sanford was second, followed by 15-year-old Jarrett Curley. 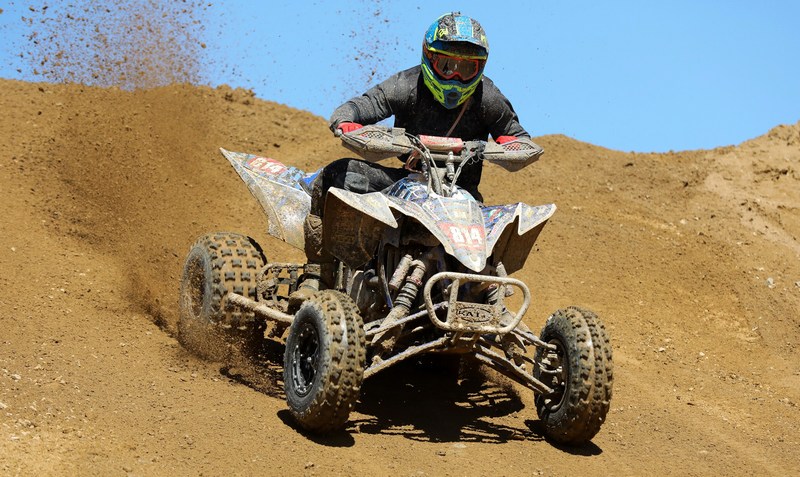 The victory marked Huff’s third consecutive this season. Combined with the DNF by Etsitty, Huff now leads the championship chase by 40 points going into the final two rounds. With a maximum of 25 points available per round, Huff is on track to clinch the title at the next race.

“It took me a long time to get around him and he made me work for it, that’s for sure,” said Huff. “Daelen ran into an issue of blowing smoke, then after that, I just kept working on Kenny. It feels good to keep the momentum going, and moving in the right direction for next year. We are chucking right along toward the championship.”

Sanford did everything he could to hold off Huff, but he couldn’t hold him off at the end. Sanford focused on his conditioning during the off-season and it definitely helped in the rough conditions. 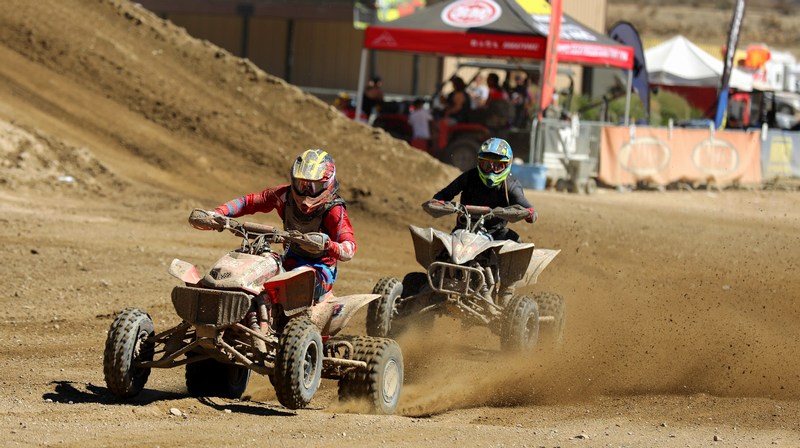 By finishing third, Curley scored his second consecutive podium and his third overall this season, his first in WORCS competition. Curley fought spark plug issues all race to nab the final spot on the box. 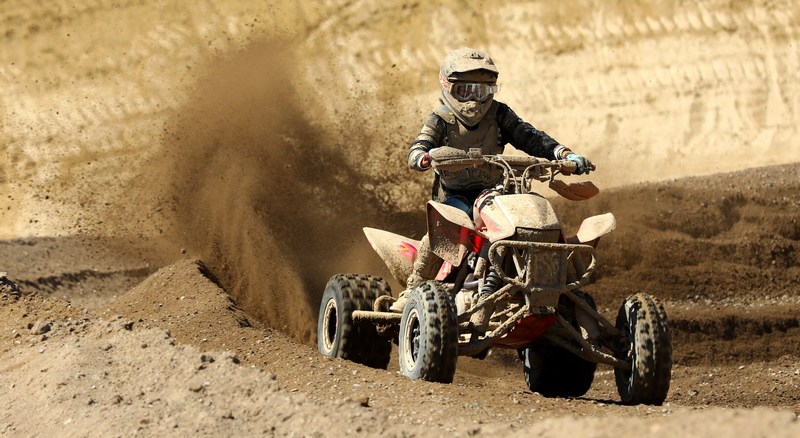 The WORCS Series ATVs will next head to Mesquite MX in Nevada October 5-7 before the season finale October 26-28 at Buffalo Bill’s Casino.