Cedar City, UT – Beau Baron overcame confusion at the start and rode his Honda to his second consecutive victory during the Rocky Mountain ATV MC WORCS Series presented by Toyota and Dirt Wheels Pro ATV race at Iron Mine Race Park. Mike Sloan finished second on a Yamaha, ahead of John Rikerd’s Suzuki. Robbie Mitchell and Collins Webster rounded out the top five. 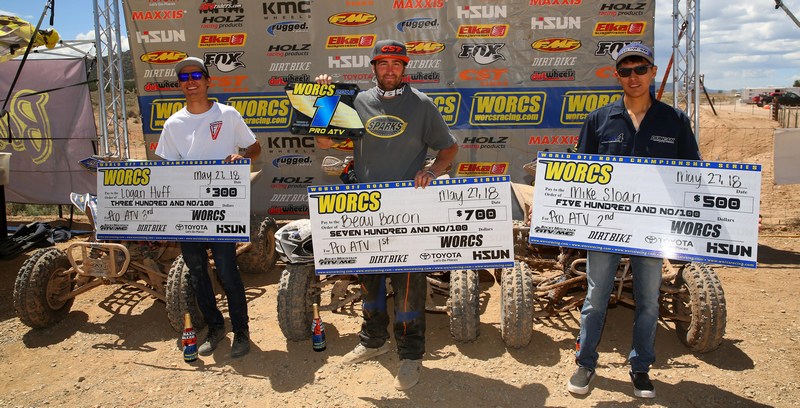 Known for its big air ski jumps and motocross track, the circuit also featured small endurocross section with logs and tires. While heavy wind buffeted the track early in the weekend, during the ATV race, the track held moisture and was actually muddy during the first few laps.

After some confusion on the dead engine start that had the starter wave the green flag while the ATVs were running, Mitchell took the holeshot and was quickly building a gap when a broken spring took him out of contention. After a slow start, Baron got on the gas and inherited the lead, which he held until the end. Baron’s third win of the season hands him the points lead going into the summer break. 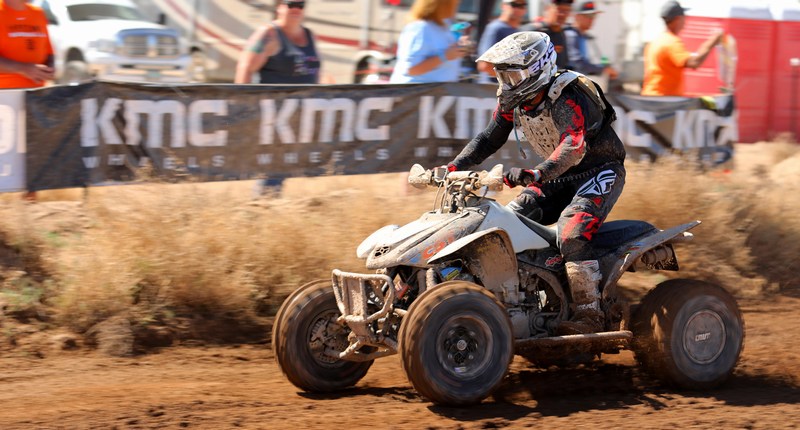 “I was trying to get everyone to shut off their engines at the start and the next thing you know he throws the flag,” said Baron. “I threw my hand out going down the straightaway and he didn’t bat an eye so I started racing. I started picking guys off on the first lap. Eventually I got around Robbie and ended up in the lead. I just tried to stay consistent and hold off Sloan for the win.” 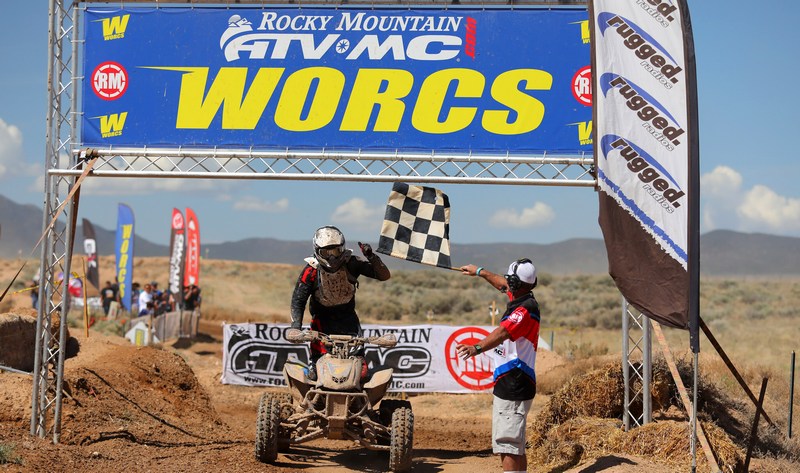 Sloan put in a hard charge during the waning laps, but ran out of time and finished second. His consistency is unmatched this year as Sloan been on the podium in all five races this season. “I kept my head down and kept charging,” said Sloan. “I was reeling him in and never gave up. I got my bike working well and I’m happy with the ride.”

In Pro-am, Logan Huff put in a dominant charge on his Yamaha and won his fourth race of the season and his second in a row. Jarrett Curley finished second on a Honda, ahead of the Yamaha of Austen Turner. 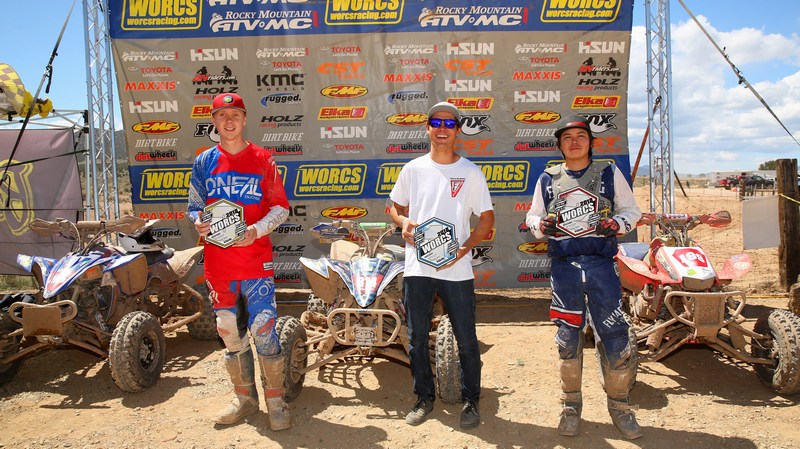 Huff started third, picked off Curley in the log section and then took the lead from Turner a few corners after that. From there, he opened his gap nearly every lap. So dominant was Huff’s race that he finished third overall. He celebrated on the Pro podium and further gapped the competition in the championship chase. “We had a decent start, I got to the front, but they just watered the track before we went out and I was splashing through the puddles,” said Huff. “I’m very happy about my performance. I’m definitely picking up some speed.”

Curley’s runner-up finish was his best this season. He followed Huff past Turner and ran consistent laps from there. “I rode a pretty good race,” said Curley. “I didn’t get the best start. I got past Austen and rode my own race. I turned into a pretty good race. The track crew made the track a lot smoother today.” 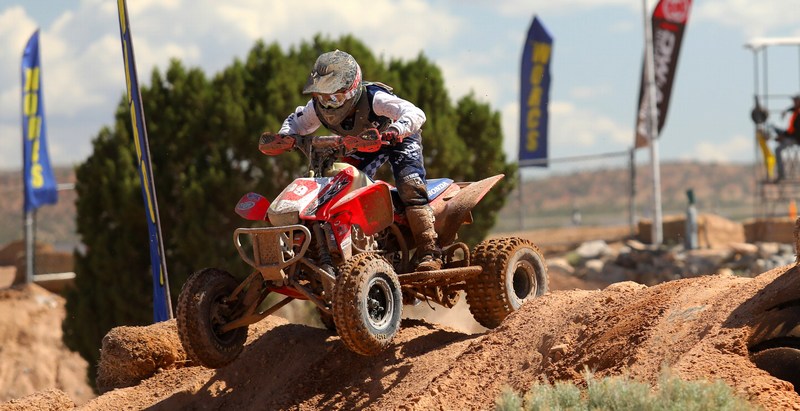 Turner snagged the holeshot at the start. His third-place finished marked his first WORCS Pro-am podium. “It’s cool to get on the podium for the first time,” said Turner. “The track was a lot better today. It wasn’t dusty, but it was still rough. I settled in, tried to ride consistently and finished third.”

The WORCS Series now heads into its summer break and will return to action September 14-16 at Glen Helen Raceway in Devore, CA.