Hurricane, UT – Cody Bradbury snagged his first victory of the season in the Pro SXS class during the Rocky Mountain ATV MC WORCS Series presented by Toyota and Dirt Wheels race at Sand Hollow State Park. Ryan Piplic finished second in his best race of the year, ahead of points leader David Haagsma. Nic Granlund and Randy Romo rounded out the top five. Ray Bulloch handed Textron Off Road its first victory in the new Wildcat XX’s debut in the Pro Stock class. 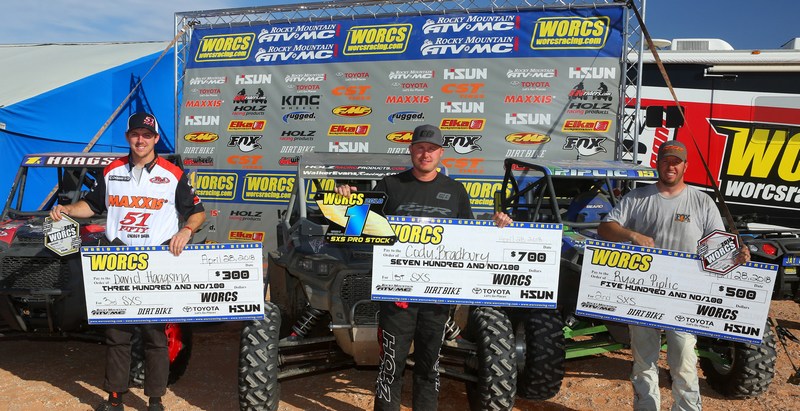 Series officials modified the track from year’s past. With an eye on creating more passing opportunities, the track was opened up and several racing lines were created as a result. The track featured wide-open areas in the dunes, as well as deep sand whoops sections, asphalt sections, and jagged rock obstacles.

In the Pro race, it turned into a battle of attrition between five cars. Bradbury used excellent line choice to snag the lead early and he held off the balance of the top five to get the victory. Bradbury added to his impressive results at Sand Hollow. He’s won the last three Pro races here and won Pro Stock two years ago, as well.

“I’ve won four times here in the last three years,” said Bradbury. “We got the job done, but it definitely wasn’t easy. I had to battle past five guys. It took me three or four laps and I had a couple of good lines going into the infield where I got by a couple of guys. I lost the front diff early, so I saved the car as much as possible and got to the front.” 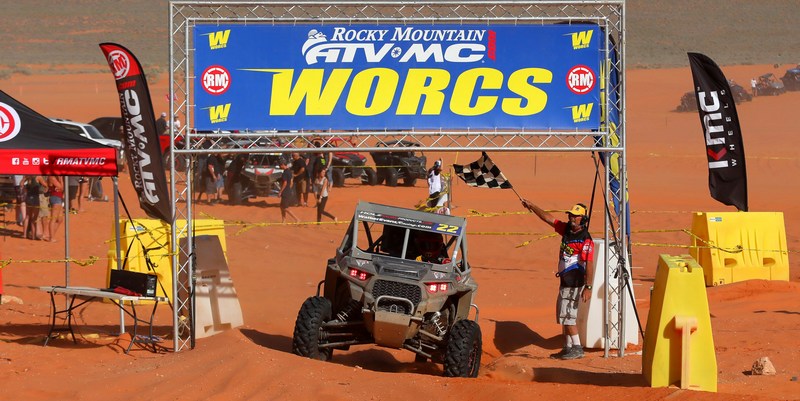 Piplic may have turned around the bad luck that has hampered his progress all season. Piplic found a few lines in practice in his Polaris RZR, and after getting a slow start, he put all of them to good use on the first lap. He took the lead briefly on the third lap before falling to second in the asphalt section. “Basically it came down to line choices,” said Piplic. “We were battling back and forth and had multiple lines. This season has had its ups and downs so hopefully this will be a turning point. We’ve been driving this Dynamix Polaris all season and we’re finally getting all of the kinks out of it.” 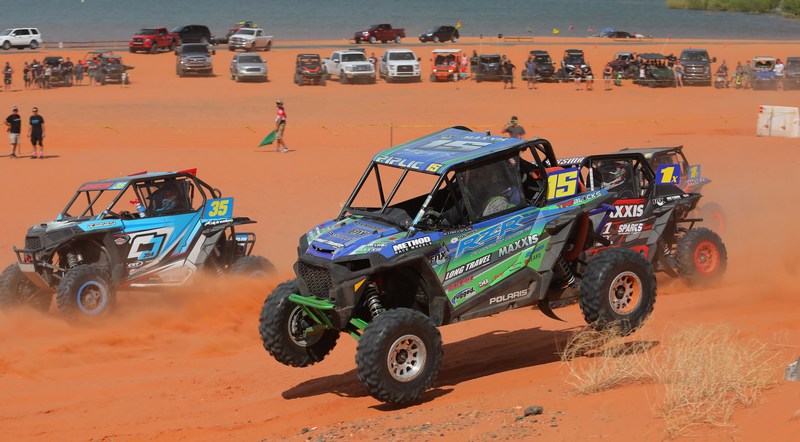 Haagsma too agreed that line choices were the key to success. Unfortunately, he chose some slower lines early and that put him to third in the final order. His third straight podium, though, allowed him to remain atop the title chase by 12 points with six races left. Granlund is second in points, ahead of Bradbury. “I got off to a decent start, I had some good battles, and the car worked great,” said Haagsma of his Polaris. “I just didn’t have the confidence in the rocks and the big whoops. The course was really fast and technical. It was pretty gnarly and one of the best battles in a while. I always like coming here. I just made some bad line choices.”

Granlund got a great start in his Yamaha and was quickly on Romo’s back bumper. After losing a tire toward the end of the race, Granlund was just able to hold off Romo and finish fourth.

Romo took the lead early, but his Polaris’ ECU didn’t want to cooperate and it went into limp mode. He fought through the entire race and managed to hold onto fifth at the finish. “I had the lead and ended up losing it when the car went into limp mode,” said Romo. “I managed to keep it on track and take home a top five. This was the most brutal and rough tracks we’ve had yet.” 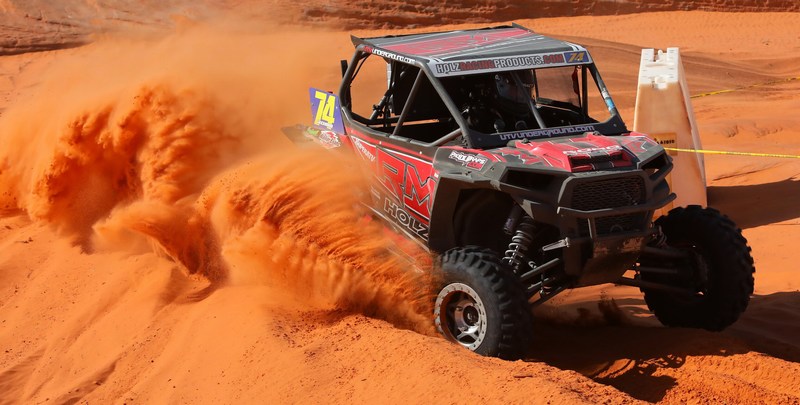 In Pro Stock, Bulloch turned a third-row start into his first victory of the season. That win came in his debut of Textron Off Road’s new Wildcat XX. Bulloch snagged the holeshot in his row and literally dominated the race on time. Beau Baron finished second, ahead of Romo, Granlund, and Corbin Leaverton. 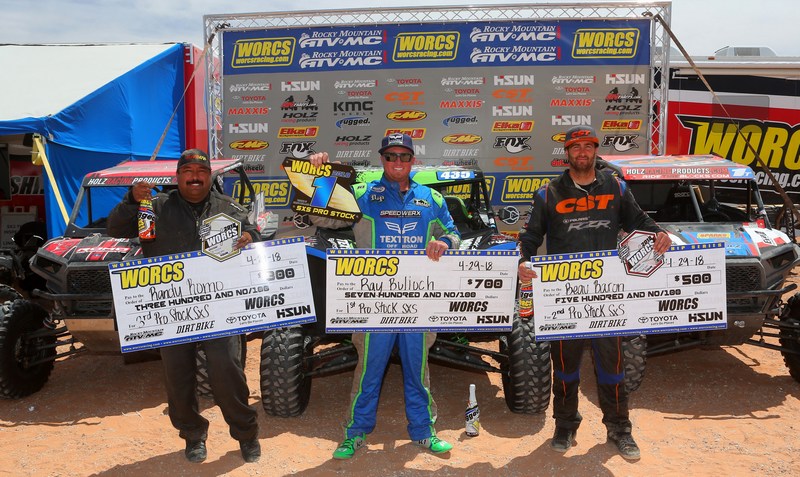 “This is for all of those hard working people in Thief River Falls, Minnesota,” said Bulloch. “Those guys have been through a lot in the last few years. So to see this culmination of what they’ve been working for to get their first Pro win is a great experience and something I’ll never forget. The car is amazing and I can’t wait for the public to get it and see what it’s all about.”

Baron battled with both Romo and Leaverton to finish second in his Polaris RZR. His third podium of the season allows Baron to pad his points lead. He now leads the title chase by 11 points. “This gave me a few more points and that’s what you need in the SXS classes because you never know when you’re going to throw a round,” said Baron. “I had so many good battles today, with Randy Romo, and with Leaverton. It was just a really good day.”

Romo was in the thick of the battle all race after taking the holeshot. He lost the lead to Granlund, but recovered the spot on the final lap. It marked Romo’s second consecutive podium, which puts him second in points, just ahead of Granlund.

“The car ran great and I had a lot of power on the hills,” said Romo. “I ran this car hard and had great battles. The season is shaping up well. I didn’t have any expectations in Pro Stock and now I’m in a solid second behind Beau. I’m super pumped.”

The WORCS Series is headed across Utah to Cedar City’s Iron Mine Race Park for its next round. That race is scheduled for May 25-27.