Blustery conditions with winds reaching nearly 40 mph hampered the event in the deep sand dunes. The motorcycles and ATVs shared part of the racetrack and started at the same time.

Sloan took the lead from the start after nailing the holeshot. Baron followed for the first half of the race. Both Sloan and Baron pitted at the same time and Baron’s team got him out first. From there, Baron cruised to the victory aboard his Honda. It marked Baron’s second victory of the season and moved him to second in the title chase, just one point out of the lead.

“I’m just so pumped right now to get a win here,” said Baron. “This place scares the hell out of me, but I knew I needed to do it to get some points. Sloan was riding great and he led for half of the race. We came in for our pit stops and I got our right ahead of him. It was a tough race.” 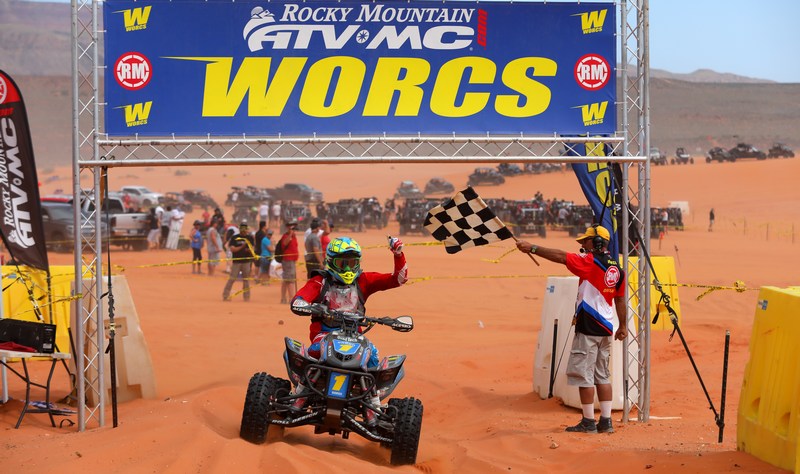 Sloan appreciated the additional horsepower on his Duncan Yamaha. After a picture perfect start, he followed Baron for the second half of the race and finished second. Sloan’s fourth podium of the season allowed him to hold the points lead. “My Duncan Yamaha was ripping,” said Sloan. “We got a little more power on my Yamaha and it was nice to stay up with Beau. This race was tough. You had to be really careful, ride smooth, and not make any mistakes. Beau was riding awesome.”

After a clutch failure in his race quad, Mitchell had to quickly prep his practice bike for the race. While he was down on horsepower in his Honda, he put together consistent laps to net his fourth podium of the season and move to third in points. “I was way down on power, so every time I went up the dune, I’d get passed and then had to work hard on the back side to get the position back,” said Mitchell. “At the end, I kept pushing hard and wiped myself out. I always come into this race thinking a podium is like a win. I’m just never really comfortable here and it makes me really nervous.”

The championship battle has tightened considerably. There are now just two points separating first through third with five races left.

In Pro-Am, Huff thrilled the hometown crowd with his first Sand Hollow victory. The win, his third in four races this season, puts him well ahead in the points chase. Daelen Etsitty finished second, followed by Tyler Benally, Koby Dobson and Austen Turner. 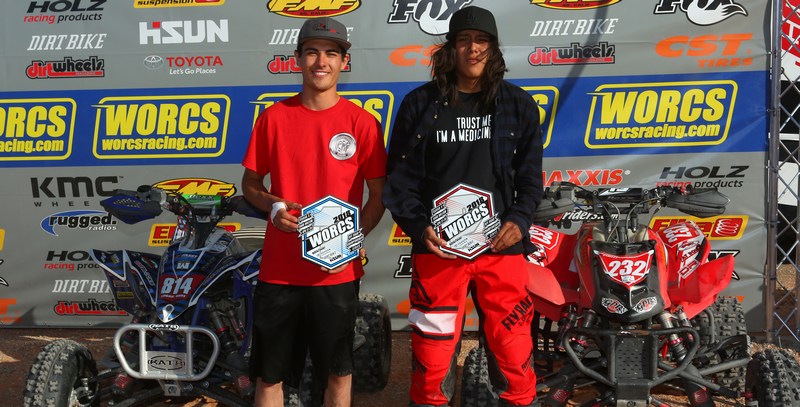 Huff took the lead at the start of the race, but ended up in a pileup with a motorcycle racer on the front stretch, which the two classes shared during the race. After digging his way out, he reeled in Etsitty to nab the victory.

“He took a spill and I ended up in him,” said Huff of the incident. “Daelen got quite the gap on me so I put my head down, held my line, reeled him in and took it home. This is the fifth year I’ve been racing, and I’ve never won here. So to get this win is really satisfying.”

The WORCS Series next heads to Iron Mine Race Park in Cedar City, UT. That race is scheduled for May 25-27.