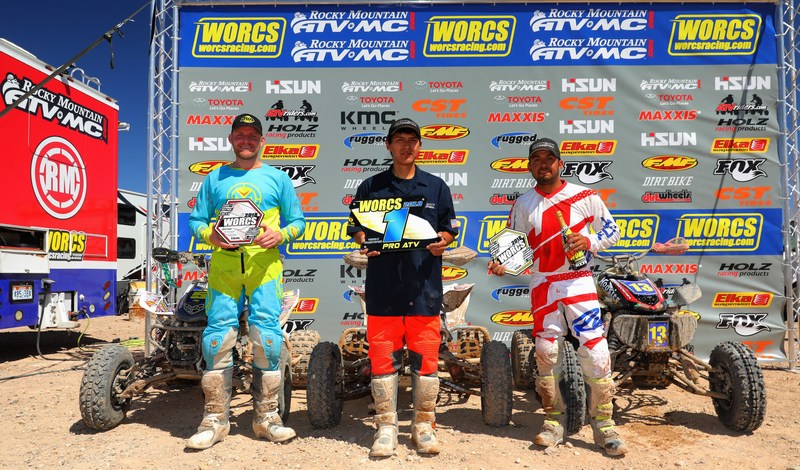 The one-hour race was held Sunday afternoon on what is traditionally one of WORCS more challenging courses. The tight track featured a sandy racing surface, tight one-line turns and rocks. Temperatures in the 70s with a slight breeze made for ideal racing conditions.

Mitchell grabbed the holeshot on his Honda, but Sloan quickly took the lead. Beau Baron tracked down Mitchell and then flew past Sloan. However, a chain derailment took Baron out of contention, allowing Sloan to go onto victory. Baron finished fifth.

Sloan, an Arizona native, had dreamt of this moment his entire career. Interestingly his first Pro win came just one week before his 23rd birthday. Sloan also became the third different winner this season, joining Baron and Mitchell. 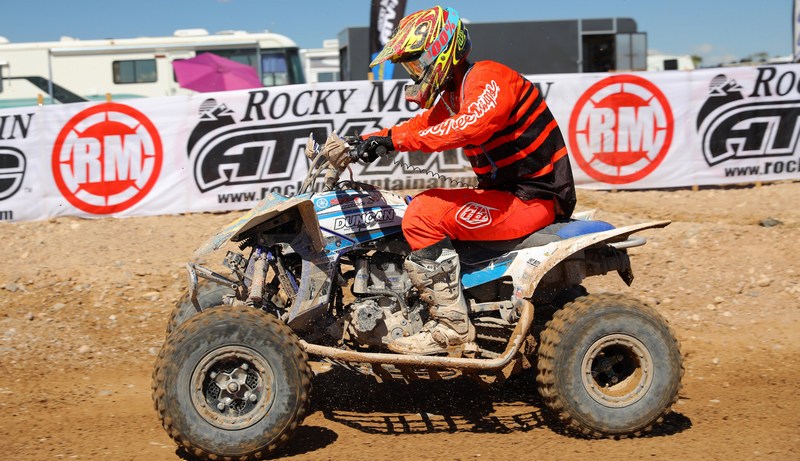 “I was just a little kid in Page, AZ riding quads and the next thing you know I’m up here chasing my dreams,” said Sloan. “I got a decent start behind Robbie, and he opened the door. I went for it, and Beau was right there. I came over one of the humps and I hit a false neutral so Beau flew by me. The next thing you know, he pulled over and I took the lead. These things are always a gamble, and you have to make it to the finish to win.”

Mitchell, on a Honda, also passed Baron and scored the runner-up honors. It marked Mitchell’s third consecutive podium and he took the points lead as a result. Mitchell was nursing broken ribs sustained in a crash during the last race. 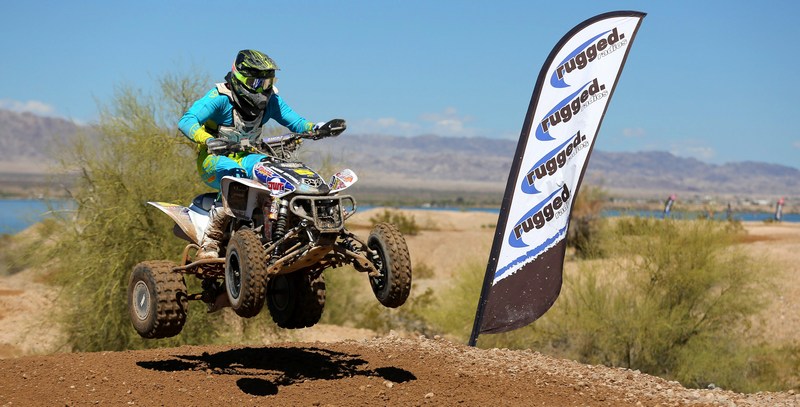 “I came into this planning to be really excited about a third, so getting second was just the icing on the cake,” said Mitchell. “At the last race, I broke some ribs and tore some cartilage between them. So I decided to just try for points and it turned out pretty good.”

Velez again made the trek from Mexico and was rewarded with his first podium of the season. Velez is an experienced desert racer, but has shown just how competitive he can be on these tight WORCS racecourses. 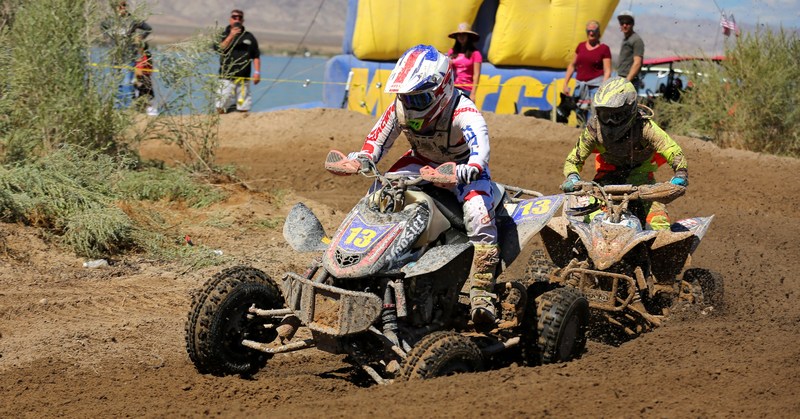 “This is pretty exciting to put it on the podium,” said Velez. “The course was rough and rocky. It had a lot of turns, which I’m not used to doing. It was tough to keep Collins behind me.”

In Pro-Am, another Arizona rider Daelen Etsitty scored his first victory. Logan Huff took the holeshot, but crashed, handing the lead and eventual victory to Etsitty. Ricardo Gonzalez was second, ahead of Brian Sirevaag, who was taking time out of his Big6 schedule to compete here. 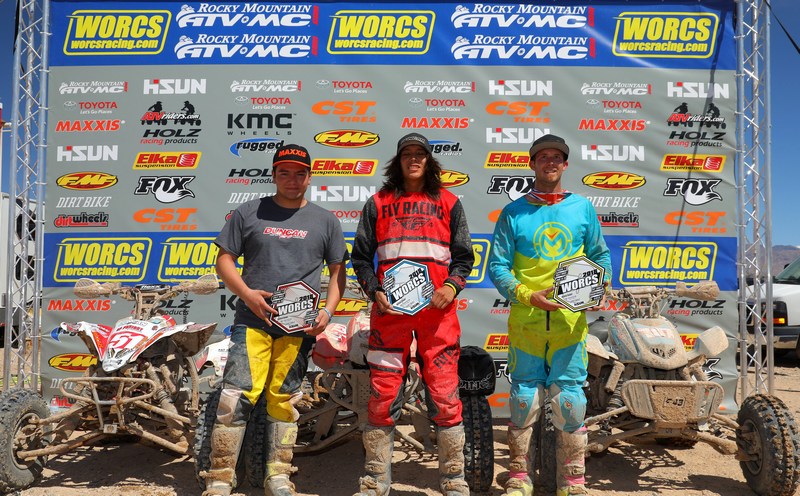 “I got a good start following Logan Huff,” said Etsitty. “He crashed going down a hill, I almost hit him, but I pulled away from the pack and kept going. I finished strong. The course was awesome. The ruts kept getting bigger, so we had to start making our own lines.”

Gonzalez relied on his conditioning to get him through on the rough course. He was happy to get redemption because he hasn’t had the best luck in the past at Havasu. 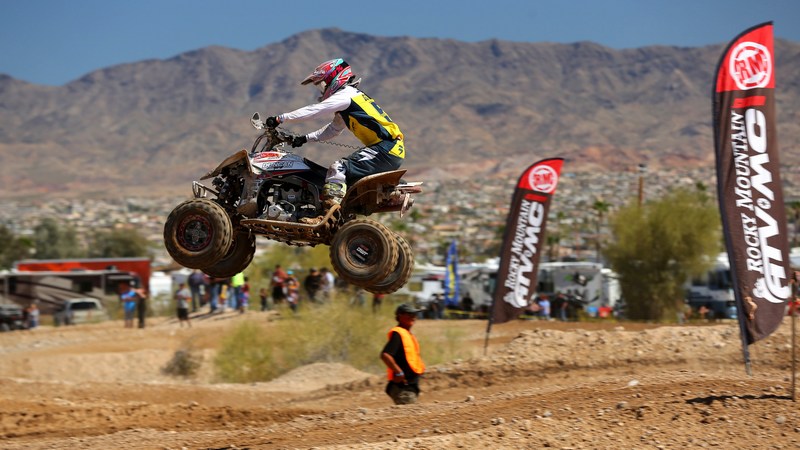 “I started with my training program again, so I was ready for whatever Havasu had in store,” said Gonzalez. “I especially wanted a podium here, because previous races here haven’t gone so well.”

Previous full-time WORCS competitor GBC’s Sirevaag returned to the series and was rewarded with the final spot on the podium. Sirevaag and Gonzalez battled back and forth for second before Gonzalez took it for good.

“I have been doing a little Big6, but I really love Havasu,” said Sirevaag. “I just wanted to make this race and I lucked out and got third. It was a rough track and I had a really good time. Ricardo and I swapped places three times. My hat is off to him. We gave each other a lot of respect.”

The WORCS Series will return to Lake Havasu for a motorcycle-only event that caps off the Spring Break week March 23-25. The next WORCS ATV event is scheduled for April 27-29 at Sand Hollow State Park in Hurricane, UT.