Posted on March 19, 2018 by Podium Promotions Leave a comment

To submit your own amateur race report, click here! 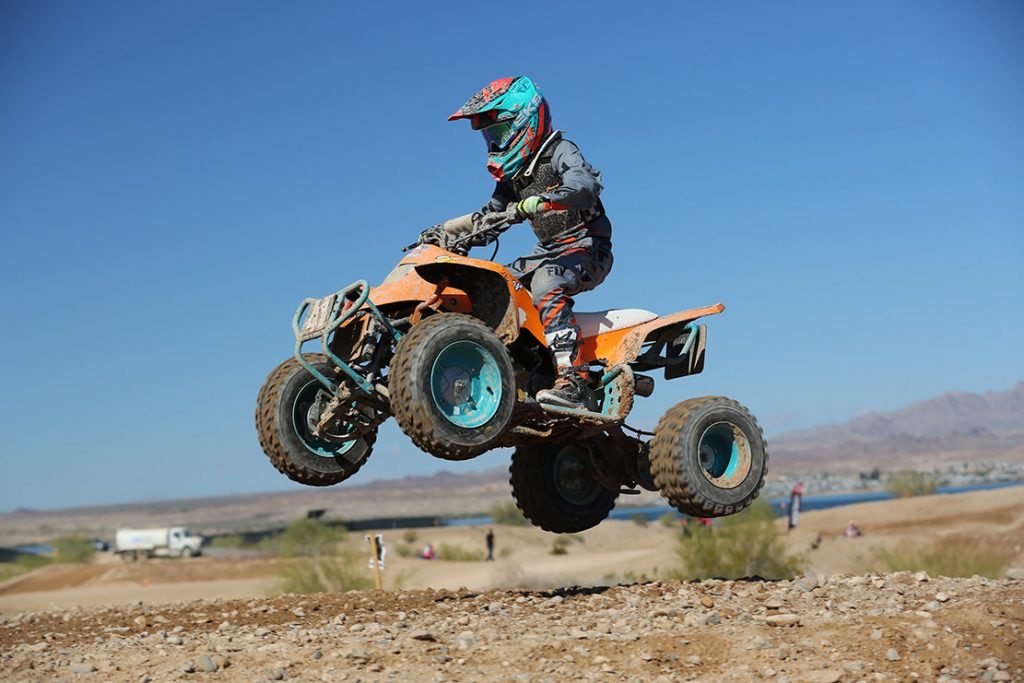 The course was typical Lake Havasu with a rough, rutted and sandy racing surface dotted with rocks. In Saturday’s race, Peter got stuck in lapped traffic trying to pass for the lead and held on for second.

“The leader kept jumping by cars, and I got stuck behind them,” said Peter. “The course was rough in some areas, but smooth in others. There were lots of jumps and had to hit them pretty hard to stay up front. There was lots of lapped traffic so we had to make our moves early or we’d get stuck.”

On Sunday, Peter was again challenging for the lead when a rock dislodged the chain drive on his Polaris RZR. He quickly made repairs and again finished a solid second. 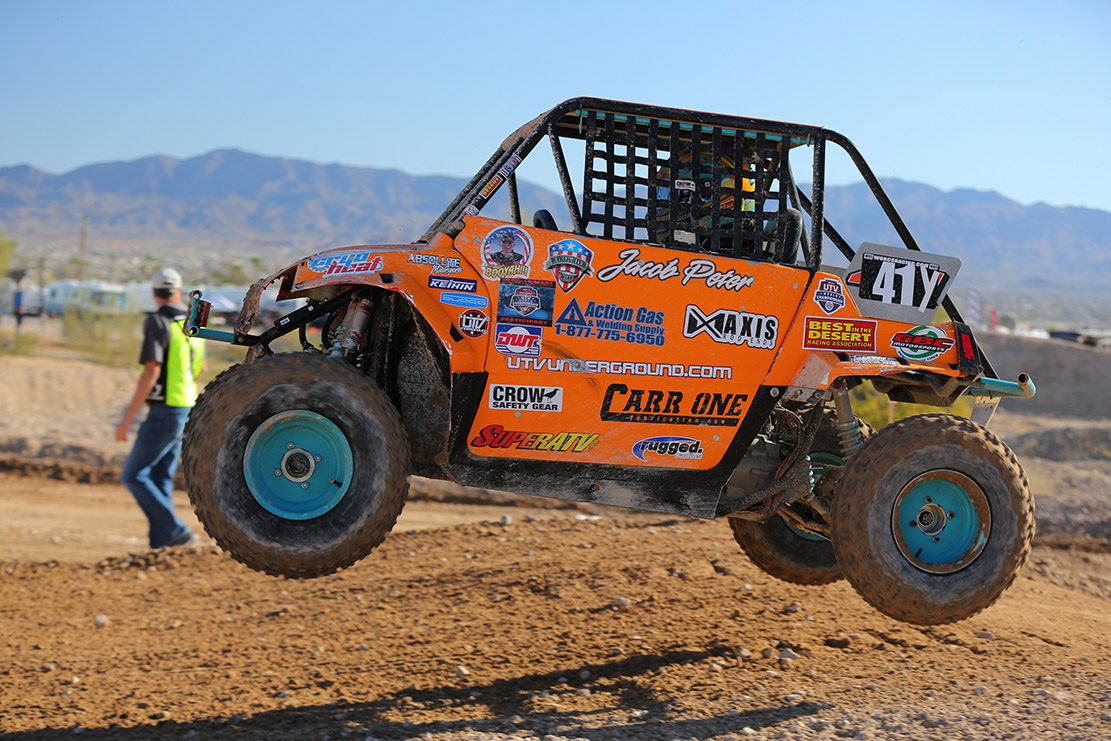 “Two seconds is a good weekend,” said Peter. “The Polaris RZR was working great. It handled everything great. The Carr One built car has been able to go through anything we threw at it. The GBC Tires worked really well in all the rocks here.”

Peter likes to round out his racing with ATV and, sometimes, motorcycle racing. In the 90 Stock ATV Class he was running in the lead on Saturday, but went off course. He recovered to finish third. In Sunday’s event, he took the lead early and then battled his way to his first win of the season in the class.

“The ATV races went well,” said Peter. “Saturday, I finished third and Sunday I kept on the throttle the whole time and won the race. It was a great weekend.”

Peter’s next stop will be Laughlin Nevada for the UTV World Championship Race April 6-8 and then will return to the WORCS Series when it heads to Utah for the next round. The event is being held April 27-29 at Sand Hollow State Park.