The SXS/ATV-only event was run on the typical rough, tight, and rocky course and was held as part of a doubleheader weekend. Pros ran a single round, while amateurs ran two rounds. For the first time in recent history, series organizers removed the lagoon jump due to high water levels, a move that was popular with the drivers, but less so with the fans. Temperatures were in the 70s with bright sun early, and clouds late. The track stayed dry with rain just north of the track. 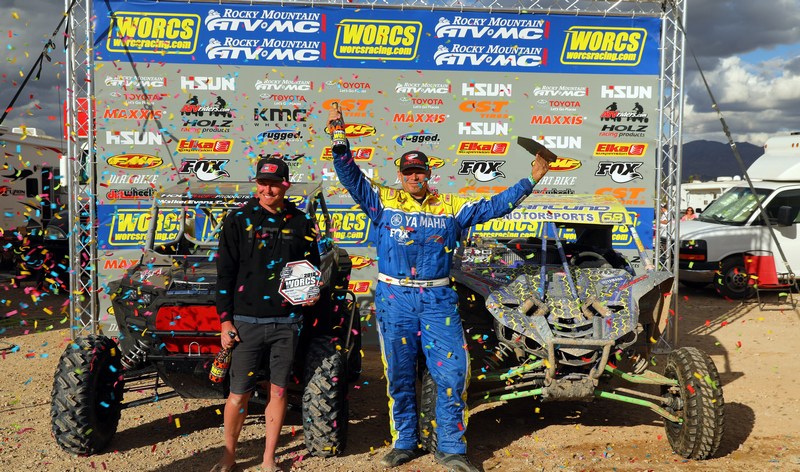 In the Pro Turbo race, Haagsma snagged a dominant holeshot at the start and immediately begin checking out. Haagsma was unchallenged physically, but he was challenged on time as Bradbury, who started on the second row, began to close the gap on time at the end of the race. So Haagsma hammered down on the final lap to take the win. In the process, he took over the points lead.

“The Sparks Engine and Maxxis Tires gave me another good jump, just like last week,” said Haagsma. “From then on, I tried to check out. I had a big gap toward the middle of the race, but with three laps to go the pit board said ‘Second is coming.’ I looked back and couldn’t see anyone and thought I had a big gap. I kind of zoned out on the second row, so I had to get back on it on the next lap. I felt comfortable, so I just pushed and got the win.”

Bradbury knew he’d have to work hard after starting on the second row in his Polaris. Havasu’s tight and technical nature makes passing difficult, so Bradbury put together a strong pace at the beginning of the race and nearly caught Haagsma on time. 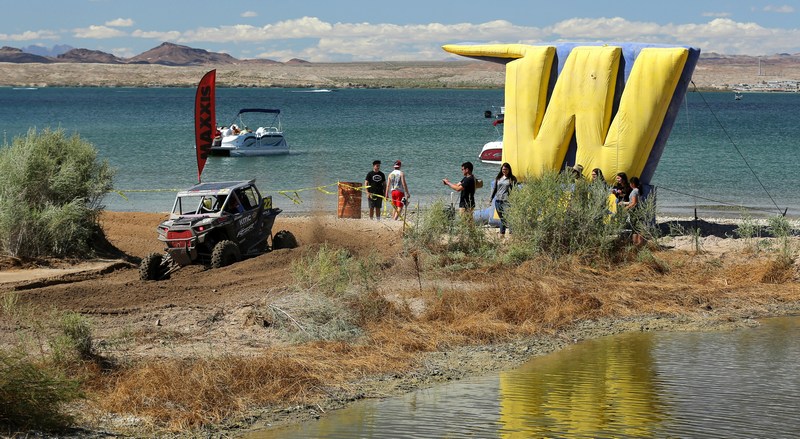 Granlund admitted the track didn’t suit his Yamaha well, but he drove his supercharged YXZ to a third-place finish. The redemption came from a new, less aggressive driving style Granlund has employed all season. After taking second early in the event, he let Bradbury past, hoping he’d pass Haagsma and help Granlund in points.

In SXS Pro Stock, Baron notched his first victory in the class and cemented his spot at the top of the points charts. Matt Hancock got an excellent start and snagged the holeshot, but “The Rider from Atascadero” rocketed past him on the backstretch. From there, Baron then had to hold off a charging Randy Romo to score the win. Romo finished second, ahead of Linkon Leaverton, who snagged his first Pro podium in his rookie season. Shelby Anderson continues to show progress and finished fourth, followed by Tyson Leaver. The top five were all driving Polaris RZRs. 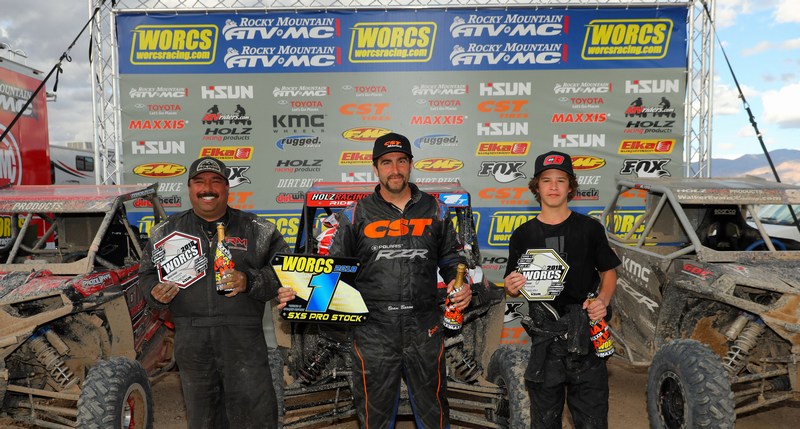 “I got a second-place start behind Matt Hancock and there was a rhythm section along the back straightaway,” said Baron. “We came into that last one, he checked up and I never lifted so I launched half a car length in front of him and took off in the lead. Romo started running me down, and he got close at the end.”

Romo put in an excellent run in his Holz Polaris. After starting third, he quickly passed Hancock and set his eyes on the lead. He put down three blistering laps at the end and finished less than a second behind Baron. It marked Romo’s first podium of the year. 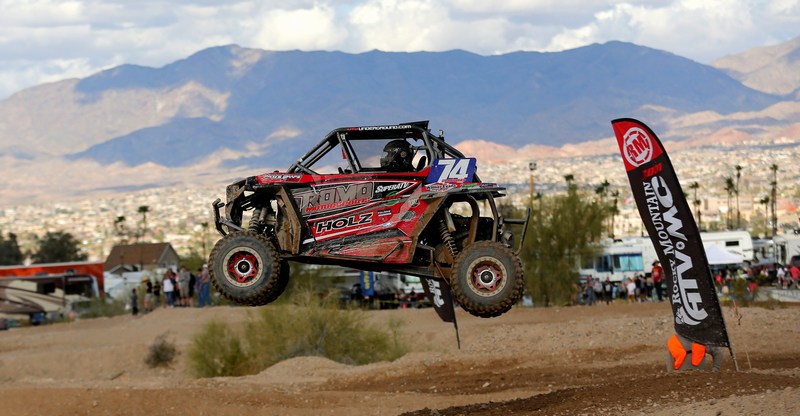 Leaverton stepped up to the Pro Stock class this year and is already showing prowess. The rookie finished third after winning a mid-race battle with his brother Corbin. “I’m super stoked to be on the podium,” said Leaverton. “It was rough and rocky course, but I held on for third. This is super exciting…I’m speechless.” 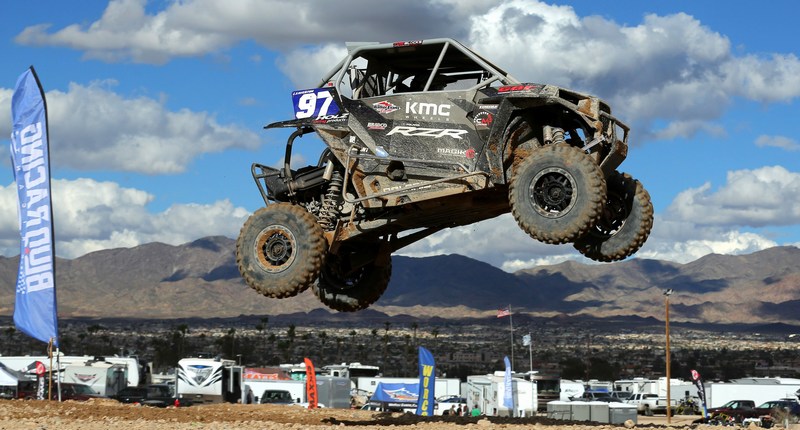 Anderson scored her best finish in the class thus far this season. After having some issues with her Polaris during practice, she rebounded in the race. She took the holeshot on the second row and ran a fast pace to finish fourth.

The Rocky Mountain ATV MC WORCS Series presented by Toyota and Dirt Wheels  will return to Lake Havasu for a motorcycle-only event March 23-25. The next SXS event is scheduled for April 27-29 at Sand Hollow State Park in Hurricane, UT.