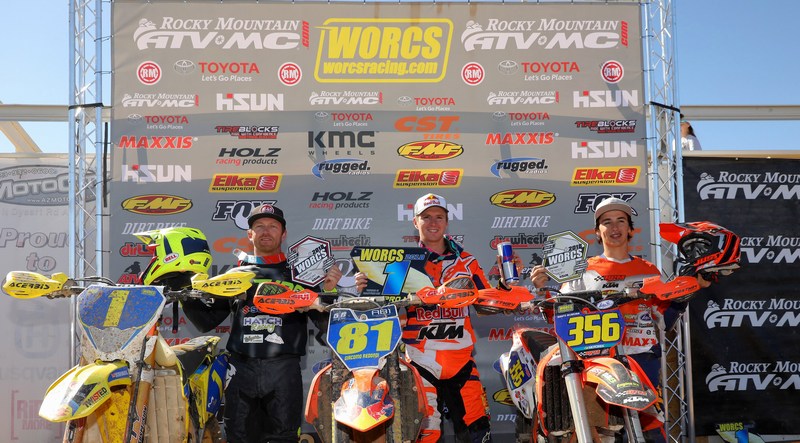 KTM Factory racer Taylor Robert, who won the first race and looked destined to be a strong competitor this season, sat out the event after sustaining a broken left arm and wrist injuries in a crash the Tuesday before the race. Robert is working with doctors to determine when he might return to competition.

Showers and cold weather on Friday led to sunny skies and temperatures in the 60s on Saturday and Sunday. The course combined Canyon’s motocross track—which featured tabletops, step-ups, doubles, and triples—with a desert off-road section. The venue is situated in a dry riverbed, so rocks ranging in size from pebbles to boulders added a further dimension to the course. Large saguaro cactus added to the scenic nature of the venue. Organizers also added a sand wash section and some single track racing for the motorcycle race.

Oliveira took the holeshot on his RPM/KTM and took the lead, but he crashed, handing the lead to Sutherlin. Sutherlin, on a Suzuki, held the point for two laps before Redondi took the lead. Though Sutherlin rebounded on the final lap, he fell just short handing Redondi and his Red Bull KTM his first WORCS victory.

“With two laps to go, I hit a cactus, so I was happy to finish,” said Redondi. “I had a problem with the bike in Vegas, so I’m really happy about this win and I’m looking forward to the next round. I was sorry to see that Taylor Robert wasn’t racing today. I hope he comes back, so I can race with him.”

Despite an 11th-place start, Sutherlin was determined and he made it all the way to second on the first lap. Though he had trouble pronouncing his name on the podium, Sutherlin gave props to Redondi for an excellent race.

Oliveira led his first ever Pro laps in the race. The 2017 Pro 2 Champion had a nice run going before sliding his front end into a turn and tipping over. He was happy to recover and score his first Pro podium.

In Pro 2, Hart turned his second-ever WORCS start into his first victory. A regular in Hare and Hound competition, Hart, on a Husqvarna, was using the event to help him prepare for the upcoming season. Noah Kepple was second on his Gas Gas, ahead of the CST Honda of Mitch Anderson. 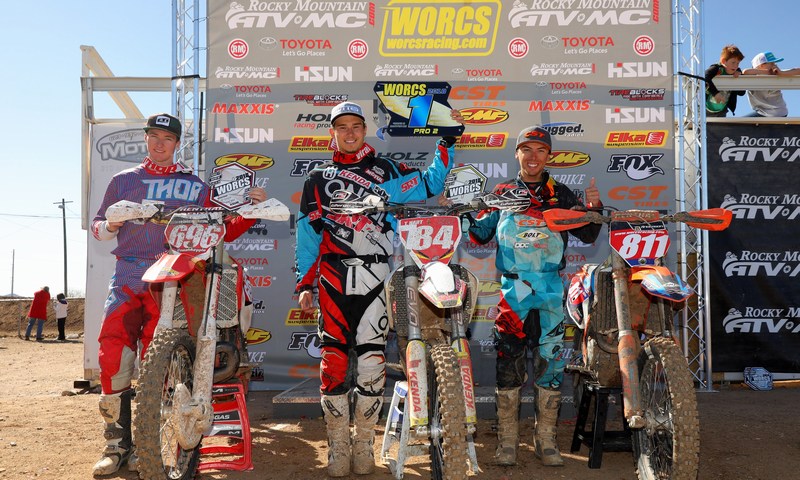 “I got a good start, started inching away early and I managed to win,” said Hart. “The start was out of nowhere. Luckily I got a good jump from the outside. I basically just battled with some of the Pros and that was pretty fun. My weakness is going fast, and WORCS is fast. So I’m working on my weaknesses right now.” 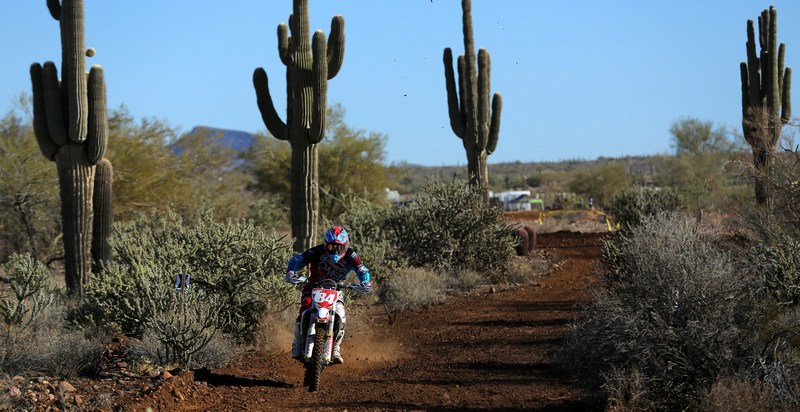 Kepple used the slick and rocky conditions to his advantage. With a torquey 2-stroke under him, he got a great start and scored the runner-up finish.

Anderson fought his way through the rocky and rough course to finish third. The Big6 racer is competing in WORCS this year with support from his Big6 teammate Beau Baron. 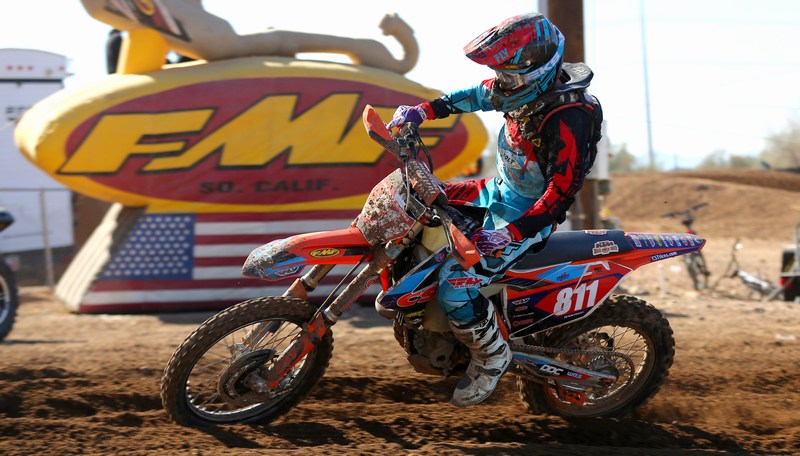 In Pro 2 Lights, Spenser Wilton rode to his second consecutive victory. The Canadian racer beat out Robby Schott and Kyle Hutcheson for the top spot. 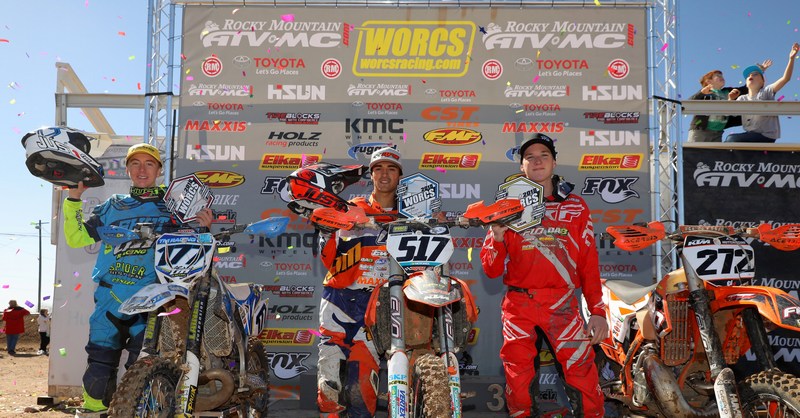 “I started out with the holeshot, but I took a spill into one of the cactus down there and Hutcheson got past me,” said Wilton. “From there, I just tried to be as smooth as possible and not make any mistakes. That worked out today.” 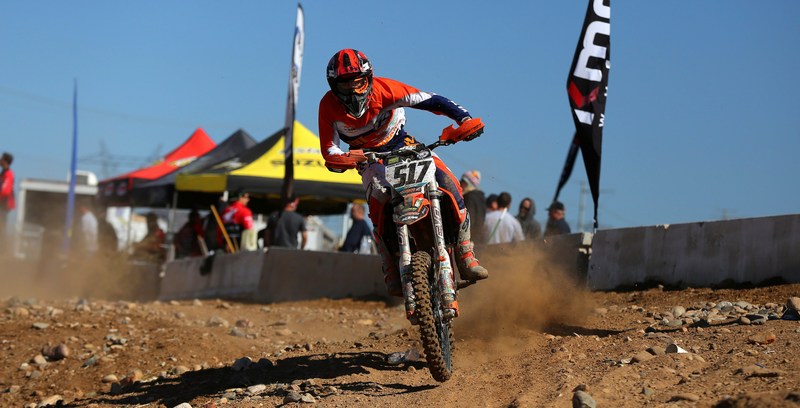 The Rocky Mountain ATV MC WORCS Series presented by Toyota and Dirt Bike will return to action at a motorcycle-only event March 23-25 at the Crazy Horse Campground in Lake Havasu City, AZ.