The event was the second round of competition for the series and brought it back to more traditional digs. The track comprised the facility’s motocross track with several desert sections through the rocky dry river valley. Sprinkles and cold weather on Friday led to sunny skies and temperatures in the 60s on Saturday and Sunday.

Baron came off the start fifth on his Honda, but quickly set sail for the front. He picked off Webster on the first lap, took third one lap later and passed Mitchell going into the motocross section. He took the lead for good by out-jumping Sloan on the motocross track and held the lead to the end. 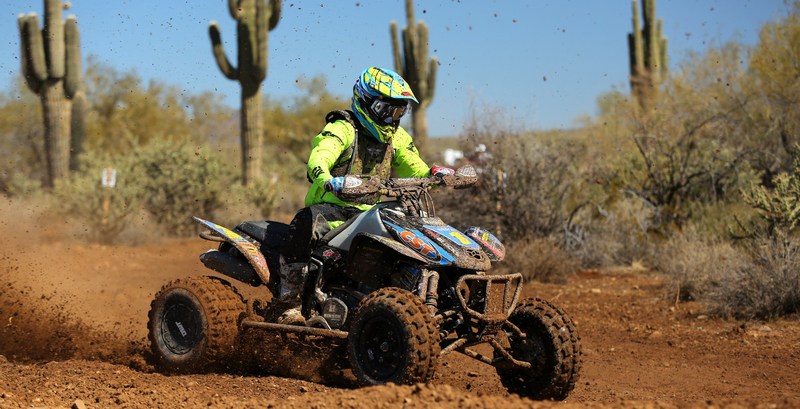 “I just tried to stay as smooth as possible and look ahead because these corners are easy to blow out here,” said Baron. “I rode my own race and had a good time. I’m stoked to have my points lead back.” 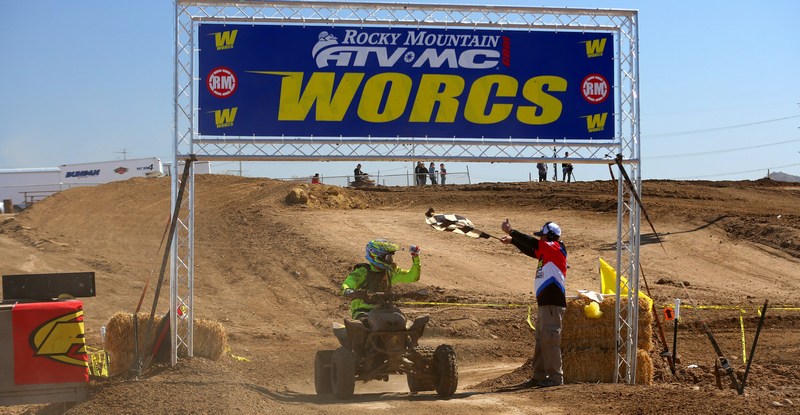 Despite a nagging wrist injury and a late night before the race caring for a sick daughter, Sloan ripped at the start and took the holeshot on his Yamaha. After losing the lead to Baron, Sloan held off a charging Mitchell to snag the runner-up slot.

Mitchell is usually the king of WORCS’ dead engine starts, but his Lindsay Machine Racing engine sprung a coolant leak just before the start, so he rolled off second. He passed Sloan for second and was charging his way toward the front when he hit a rhythm section a little too hot and flew over the bars of his Honda. He recovered and then battled with Sloan before finishing third.

In Pro-Am, Huff scored his second consecutive win on his Yamaha. After starting second, he took the lead on the first lap and wasn’t seriously challenged from there. The Hondas of Tyler Benally and Daelen Etsitty finished second and third, respectively.

“I got a pretty good start and I made my way into the lead at the end of the first lap,” said Huff. “The Tire Blocks held up great in all of these rocks. It’s always good to start off the season with two wins.” 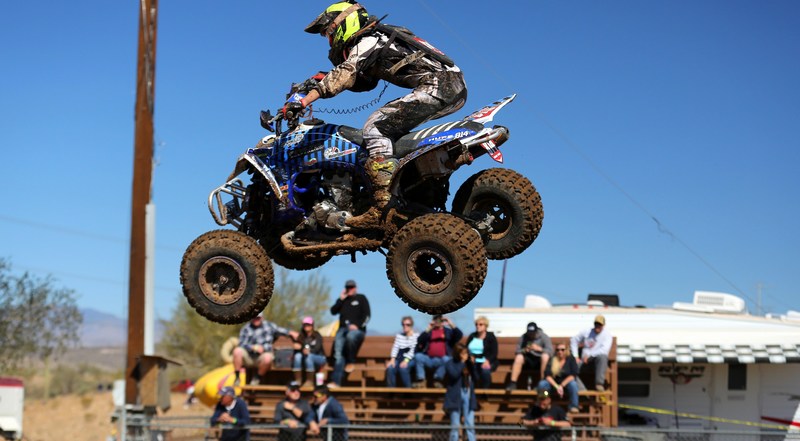 The next race for the WORCS ATVs is the ATV/SXS only event at Crazy Horse Campground in Lake Havasu City, AZ. That race is scheduled for March 16-18.