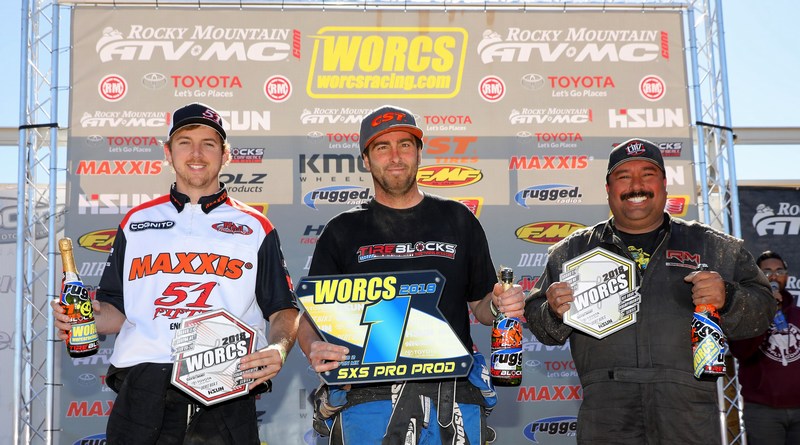 The race was the second round of the championship and was held in and around the Canyon motocross facility. The track’s desert section featured large rocks that were part of the dry riverbed and weather turned from rain and cold on Friday to temperatures in the 60s and sunny conditions on Saturday and Sunday. With one of the most competitive groups of SXS racers in the country, the race was on.

Haagsma’s Polaris was the car to beat all weekend. He took the holeshot at the start of the Pro Production race and looked well on his way to an easy victory. That is until the final lap. Experiencing issues, Haagsma’s car slowed several times on the track and Baron took the lead going into the final corner.

Baron’s Polaris RZR was pinched at the start, so he and Romo began working their way through the field. After passing Romo, he caught up to Ryan Piplic, who caught an edge sending him flipping end over end. After catching Haagsma, Baron dogged him through the final lap before taking the lead within sight of the finish.

“I caught up to Davy and blew past him on a straightaway, but overcooked it and he got back by me,” explained Baron of the final lap battle. “I finally hopped down into this pit and his car had a glitch and it was enough for me to squeak past him for the win.” 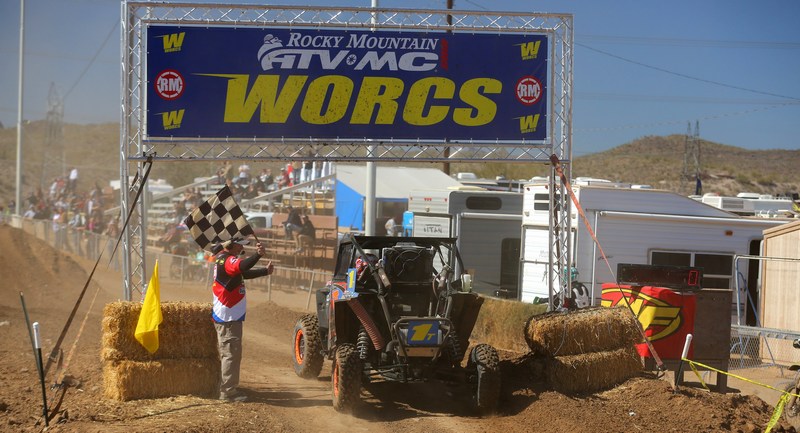 Hadn’t it been for the glitch in his software, Haagsma likely would have won. Despite the win slipping away, Haagsma was upbeat because the car ran so well before the issue.

Romo followed Baron to the front and then held on for third at the end. He fought several mechanical issues and came through unscathed, happy with the performance of his Holz Polaris. 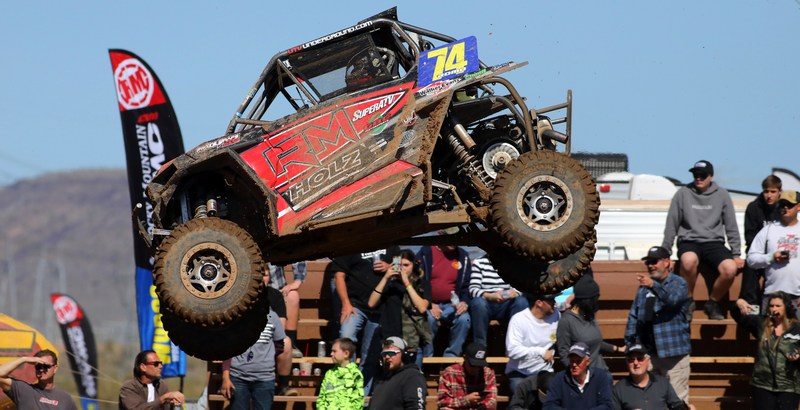 In Pro Stock, Matt Hancock snagged the holeshot in his Polaris but dropped to third on the first lap as Granlund took the lead. As he and Baron battled it out in second and third, Granlund began pulling away and took the victory. Hancock was second, followed by Baron. Linkon Leaverton and Corbin Leaverton completed the top five.

Granlund, who is known for his aggressive driving style, is bringing more finesse into his racing this season. That strategy has handed him the Pro Stock points lead.

“This track is more about not making mistakes,” said Granlund. “It has a lot of tight corners and there aren’t too many places to pass. I kept a good pace and started pulling away. I drove smart and I’m excited. The car is running so good.”

Hancock took the holeshot, but a few bad line choices put him to third on the first lap. Baron caught him and the race was on as the two fought it out. Hancock rebounded from a seventh-place finish in the first round and was happy to make a good showing for his family and friends at what is his home track.

Baron turned another bad start into a podium. After getting pinched in the first corner, Baron patiently moved his way through the field as cars fell out. On the final lap, he could have easily moved Hancock out of the way for the runner-up slot, but Baron again showed his characteristic sportsmanship and settled for third.

The WORCS SXS racers are back in action as the series heads to a fan favorite at the Crazy Horse Campground on the shores of Lake Havasu in Arizona. That race is scheduled for March 16-18.