Las Vegas, NV – There was something about the reviews of the new Polaris RZR RS1 that got everyone wondering when it was going to go racing. That wonder turned to amazement as Ronnie Anderson took a nearly bone stock version of the new single-seat SXS and won both the SXS Pro and SXS Pro Stock races at The Orleans Arena. The race was the opening round of the Rocky Mountain ATV MC WORCS Series presented by Dirt Wheels Magazine and Toyota.

The event was held in the arena and parking lots surrounding the facility. The tight track featured a blend of an asphalt road course, logs, tire barriers and dirt motocross sections.

In the SXS Pro race, Anderson qualified second in the new machine behind Nic Granlund and rode a set of 30-inch BFGoodrich tires that hooked up all around the track to dominate. Granlund moved up to challenge Anderson in his Yamaha, but collided with a K-rail moving him to sixth in the final order. That put Cody Bradbury second in the end, ahead of Tyson Leaver, who put on a great show for his hometown crowd.

Anderson was amazed by the performance of the brand-new machine. Interestingly, the new RS1 was just released to the public the week before the race.

“I’m totally stoked with the new Polaris RS1,” exclaimed Anderson. “I took a stock RS1 out of the box, put some tires and shocks on it, and we won the Pro Turbo Class. Everything was stock—engine, belt, transmission, suspension—and we’re super stoked with the product Polaris came out. I think we proved for a low price, you can get a great race car.”

Bradbury had to work for his podium finish. After difficulties in qualifying, Bradbury made his way through the field. He was just behind Granlund when Granlund crashed and he capitalized, starting out another strong season in WORCS. 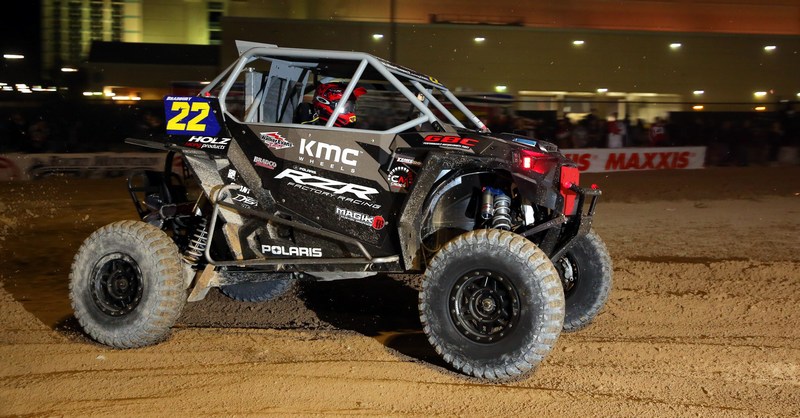 Leaver is in just his third year of SXS racing and had a less-than-stellar 2017 run. With hard work in the offseason, some testing and a new car built by Holz Racing, Leaver came out swinging here.

In SXS Pro Stock, Anderson was again on top of the field in his RS1, but he had to work hard for the victory as Granlund and Corbin Leaverton were hot on his tail throughout the race.

At the end,  Anderson held off Granlund to score his second victory of the weekend. Granlund finished second, followed by Leaverton. Stacey Pike and Beau Baron completed the top five. 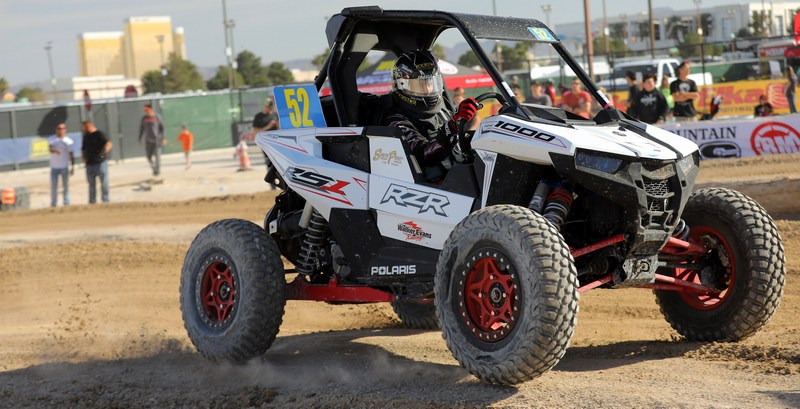 Granlund was also sticking it into the corners toward the end. Though he had a chance to pass Anderson, he wisely chose to hold back to save a possible crash that would have taken both drivers out of the race. 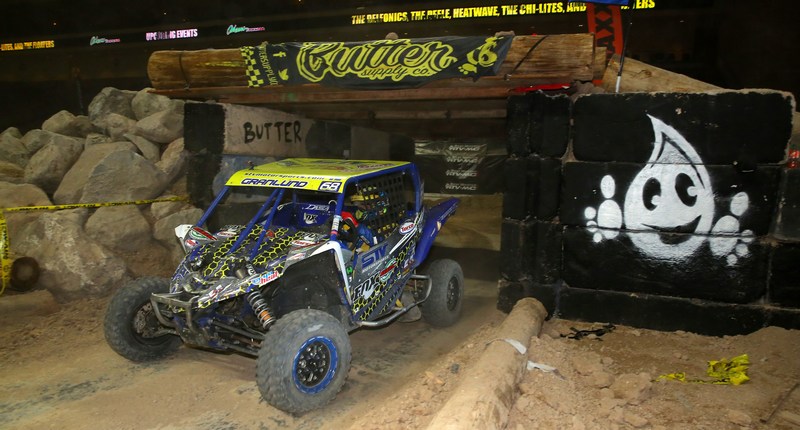 Leaverton too was fighting hard for the top spot. Driving a Polaris, he kept it clean and finished out the season opener with a podium. 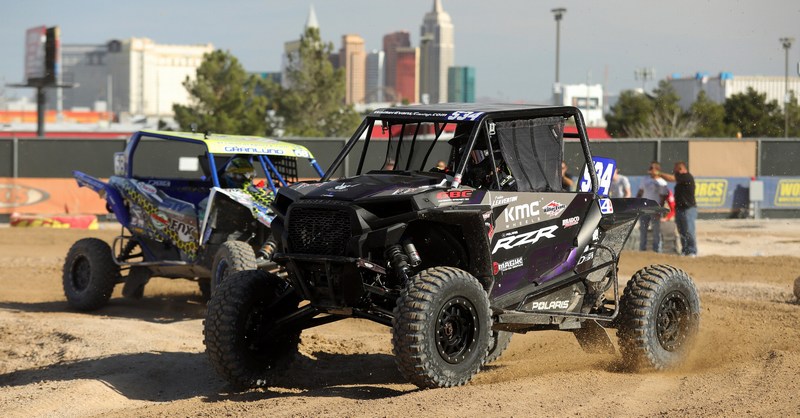 The WORCS Series next heads for more traditional grounds as it visits Canyon MX in Peoria, AZ. That race is scheduled for February 23-25.