Las Vegas, NV – Taylor Robert used sheer will to his advantage and won the Rocky Mountain ATV MC WORCS Series presented by Dirt Wheels Magazine and Toyota Pro Motorcycle race at The Orleans Arena. The event was the season opener for the series and was held in the arena and parking lots surrounding the facility.

The circuit was redesigned from last year’s event and featured some additional sections that allowed for more passing opportunities. The track comprised pavement sections with a lot of switchback turns. There were several tire sections, as well as logs. Inside the arena were several double and triple jumps. Combined, the track made for a great mixture of terrain typical of WORCS competition. 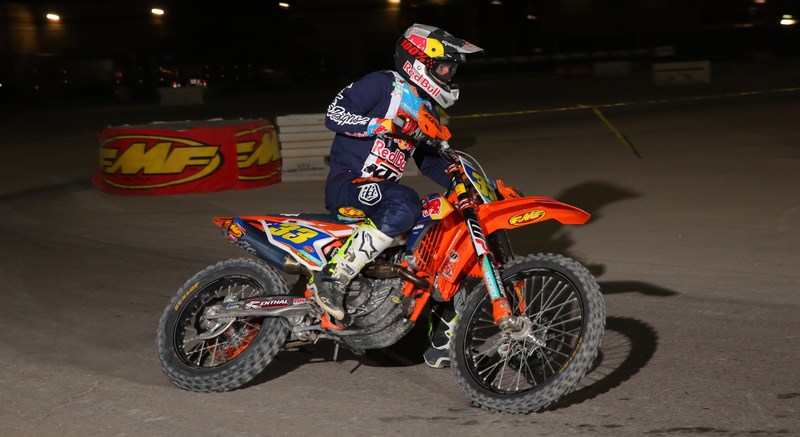 “This is a cool event,” explained Robert. “The WORCS series is doing a good job mixing up the tracks. It shows that you have to be a well-rounded rider, not just good at one discipline.”

With more than 20 entries, the 45-minute Pro race was held separate from Pro 2 and Pro Lites. The secondary classes held 30-minute races.

Robert started the season off just as he did in 2017 with a dominant win. He grabbed the holeshot and gradually pulled away, when a lapper nearly ended his ride. He quickly recovered and then held off a charging Tremaine.

“This was a perfect race for me, and I couldn’t have asked for anything better,” said Robert. “The track was tight, the lappers were trying to race us and one actually cleaned me out pretty hard. I was a little heated for a couple of laps, but I cooled down and got back into my groove.” 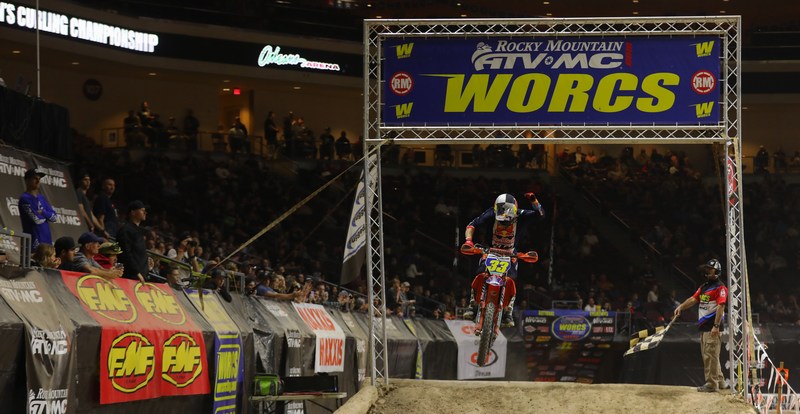 While he’s not planning to run the entire season, Factory Alta Motors Tremaine put on a show, running behind Robert. It marked his second runner-up finish in The Orleans round.  “I got in behind Taylor; I knew he’d be riding well so I followed him,” said Tremaine. “He pulled me, but we pulled away from the pack, and I’m happy with second. It was a great event. Two years in a row in second.” 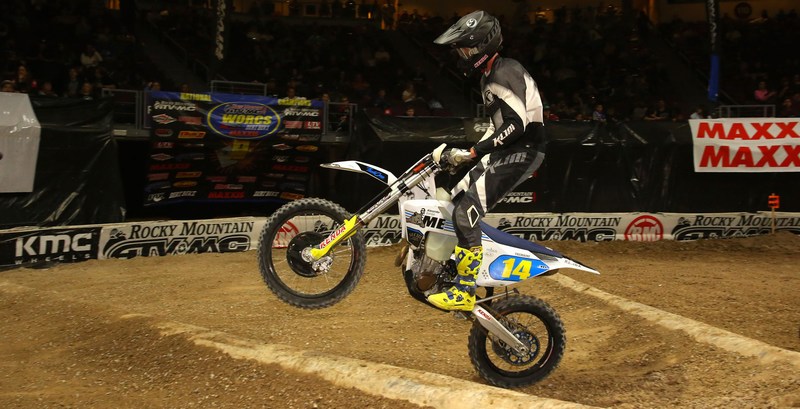 Sutherlin landed a Suzuki ride just before the season. Though he had a slow start, a consistent ride paid off with the final spot on the podium. That podium was certainly earned as he had to run through a hard charging pack, but the two leaders were out of reach at the end. 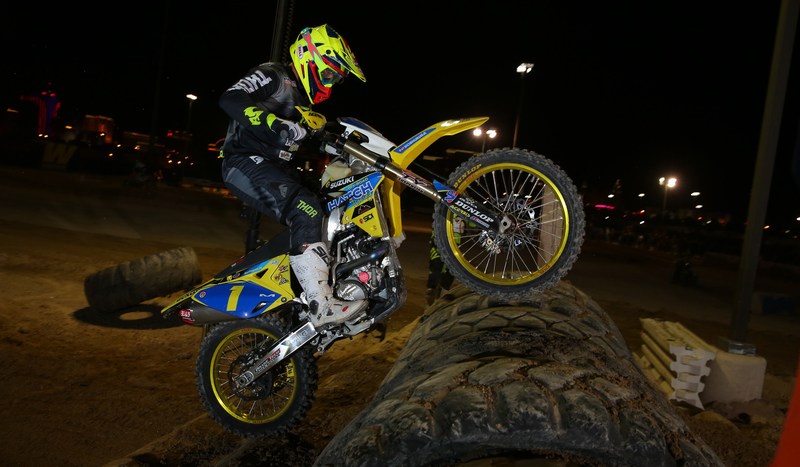 Redondo, a regular in European Enduro racing, is running the entire WORCS Series this season on his Red Bull KTM. Redondo acclimated quickly to WORCS unique format, fought through mechanical issues, and he finished fourth.

In Pro 2, Abbott rode his RPM KTM hard at the start, taking second and then the lead. He began pulling away, but was slowed by arm pump. At that point it didn’t matter because of his a big lead he held to the finish. Mitch Anderson finished second, ahead of Dustin McCarthy. 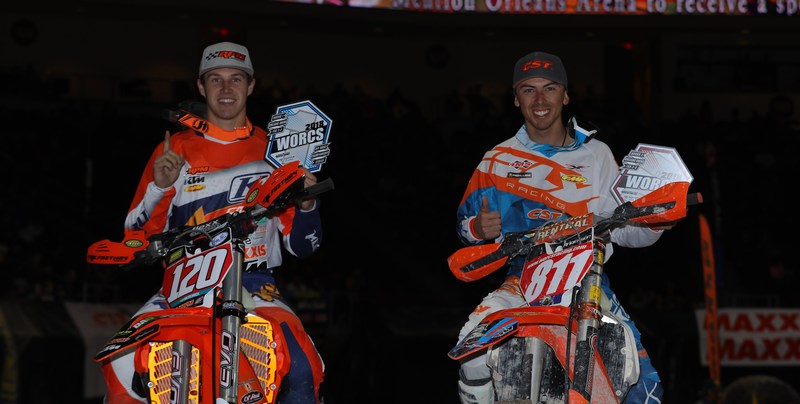 “I tried to put in a good push early because I knew these guys are fast and I wanted a gap,” said Abbott. “I got some arm pump, but I had enough of a gap that I was able to relax. It went away and I was able to push again.”

Anderson also had a strong start on his CST KTM, but a lapper held him back enough to put him second in the final order. Anderson, a Big6 standout rider teamed with Beau Baron, is contesting the entire WORCS Series this year, as well as Big6. 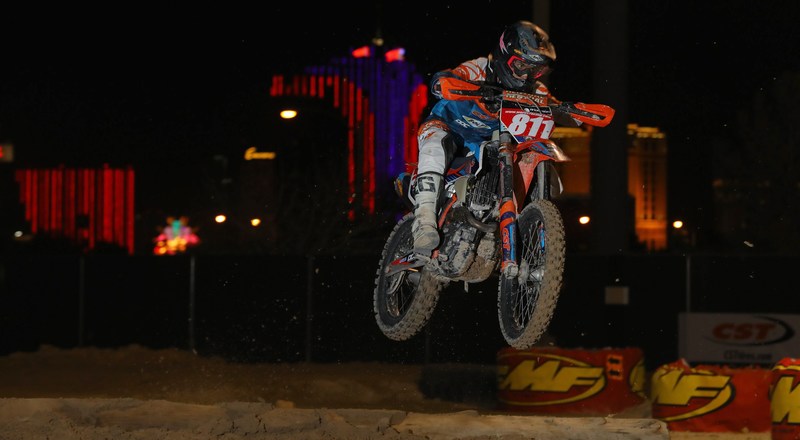 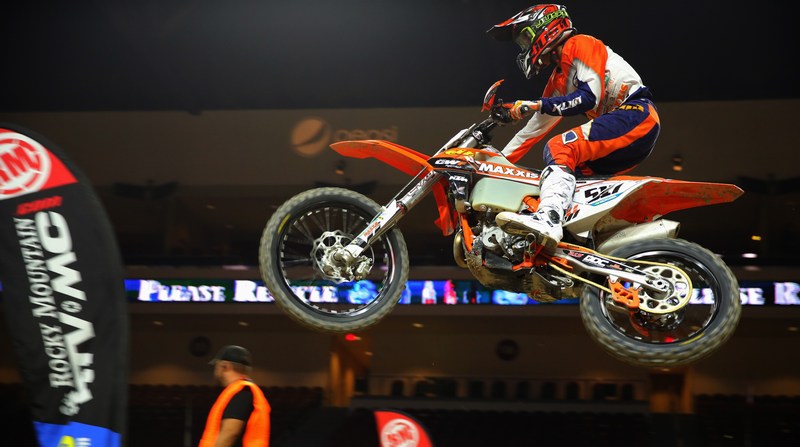 The Rocky Mountain ATV MC WORCS Series presented by Maxxis and Dirt Bike Series heads to Canyon MX in Peoria, AZ for the next round of competition. That race weekend is scheduled for February 23-25.