Devore, CA  – Taylor Robert rode his KTM to his third consecutive victory during the Rocky Mountain ATV MC WORCS Series presented by Maxxis and Dirt Bike Pro Motorcycle race at Glen Helen Raceway. Fresh off a class victory at the ISDE race in France, Robert beat out points leader Gary Sutherlin to score the win. Eric Yorba was third, followed by motocross racer Zach Bell and Trevor Stewart. Robby Bell missed the race due to an injury sustained during the summer break. 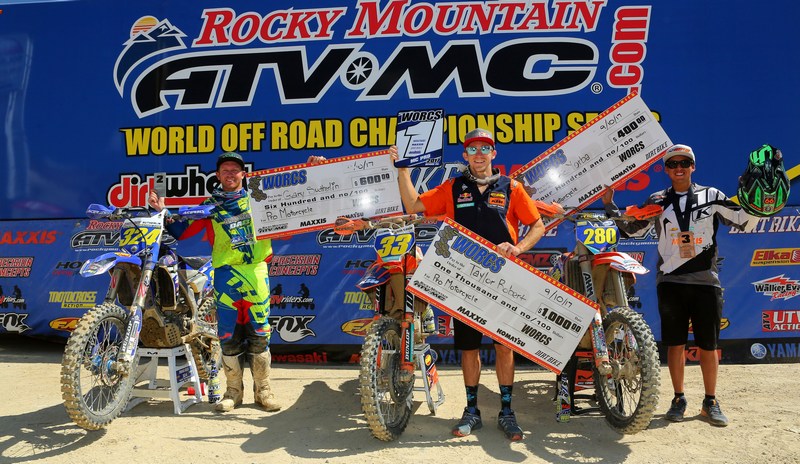 Temperatures were in the 90s with breezy conditions that kept the heat in check for the race that started at 8:30 a.m. The track ran in the opposite direction as it did during the June race here. The course utilized the Lucas track, the REM track and the main Glen Helen course also some single track through the hills. It also included a firewood section, which featured a 20-foot long stack of firewood, that added a technical challenge during the two-hour race.

Zach Bell took the holeshot with Robert in tow. They swapped the lead twice before Robert took the lead for good and rode his own race from there. Although Robert missed four races early in the season due to an injury suffered at the King of the Motos, he remains unbeaten this year in WORCS, having won all five races in which he’s competed.

“I was second on the start; Zach got the holeshot and he was really moving out there,” said Robert. “He had some really good lines. He passed me, I passed him back and I’m not sure if he fell in one of the pro sections or what, but I never saw him again.” 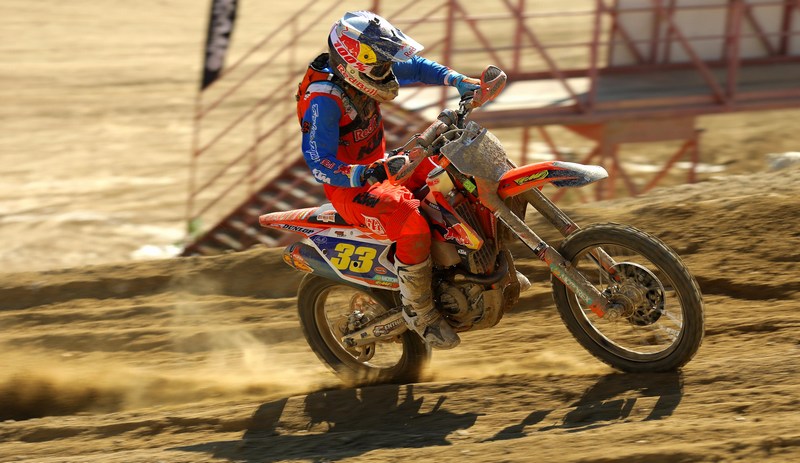 Robert came into the event after finishing third overall and winning the E3 class during the ISDE Six Day Enduro. Running that race was a great way to prepare for the Glen Helen race. He also enjoyed the Glen Helen track and the WORCS series officials put in to make it more of a challenge.

Sutherlin had a good start on his Yamaha and had made it up to second during the first hour when the rear wheel on his bike failed. He limped into the pits and his crew quickly changed the wheel and got him back out. He put in a hard charge in the second half of the event to finish second and pad his points lead.

Yorba was leading Sutherlin late in the event, but got caught behind a bottleneck. After getting moving again, the mousse in his rear tire began to give out, so he wisely let Sutherlin go and hung in for a third-place finish. It marked Yorba’s second podium in the last three races as he continues to show significant strides at the end of the season on his KTM. 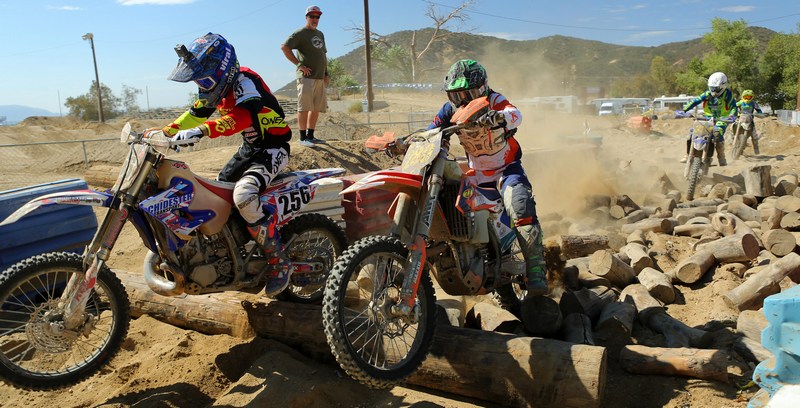 In Pro 2, Dante Oliveira clinched the title with his fifth victory of the season. Riding a KTM, Oliveira beat out Mitch Anderson and Alex Dorsey. 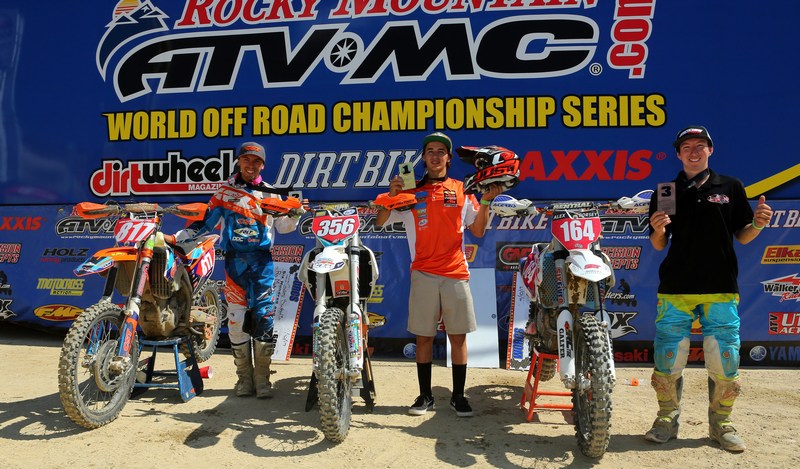 “I felt really good and the bike was working awesome,” said Oliveira. “I faded a little at the end of the race, but kept moving to stay on top. The track was super cool. It was nice to change it up a little bit.”

Anderson put together a season best second-place finish, just 20 seconds behind Oliveira. Anderson, on a KTM, appreciated the changes made to the track. “The track was nice…It was fun and technical,” said Anderson. “It’s Glen Helen. It’s rough and you either love it or hate it. When they change up the track it keeps you on your toes.” 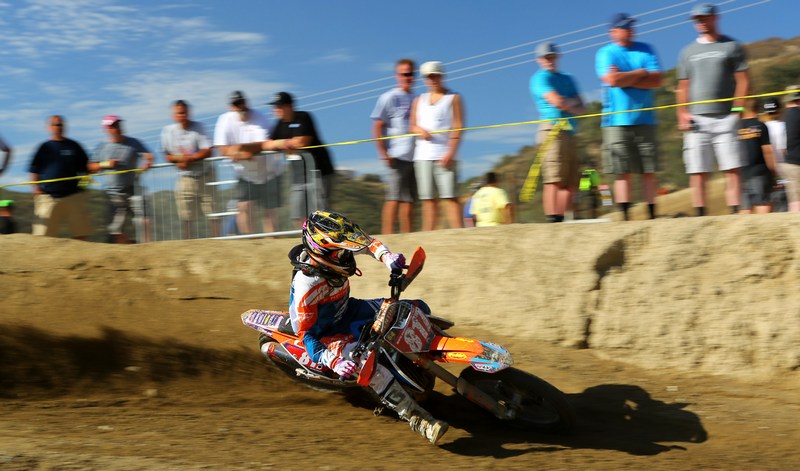 Dorsey scored his sixth podium this season with his third-place finish. He remains second in points on his KTM. 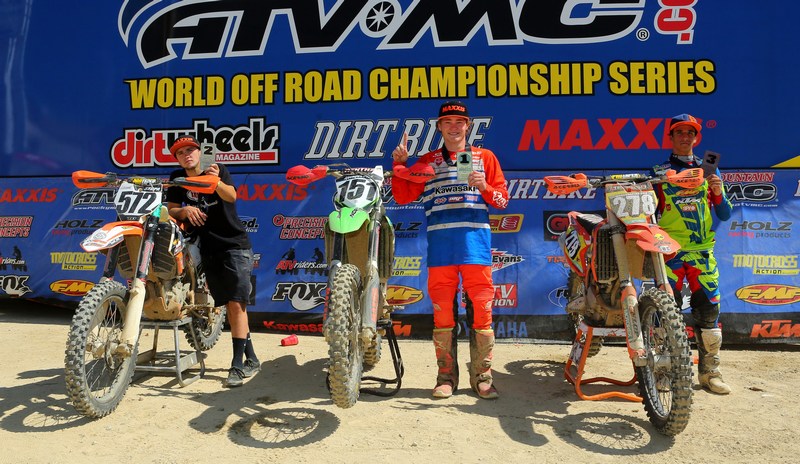 In Pro 2 Lights, Clay Hengeveld proved he has fully recovered from a broken arm sustained in a crash during practice in June with his third victory of the season. He came out of a three-way battle with Austin Serpa and motocross racer, Conner Mullennix for the victory. 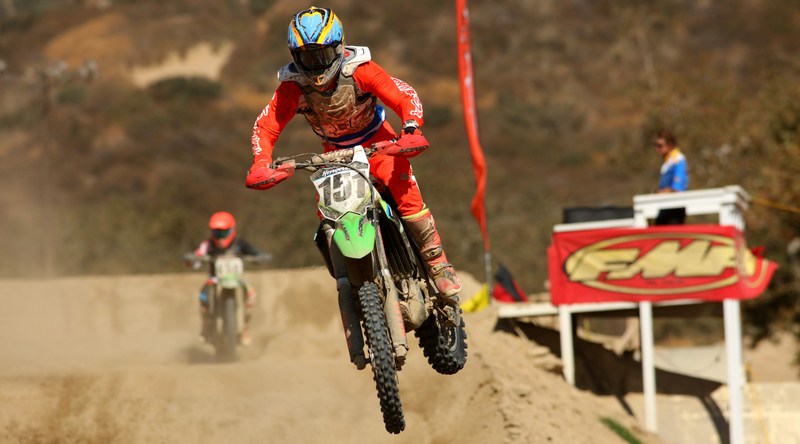 “I knew what I had to do to get into the points lead, and I came home with the win,” said Hengeveld. “I’m very happy with that, especially coming back from my injury. It took me nine weeks to recover. I was practicing for a previous round and overshot a jump. I broke my distal radius and ulna in my arm. I got back on the bike last month. Ever since, I’ve hit it hard. It’s good to be back. The first 45 minutes I had a good battle with Serpa and Mullinnex.”

Serpa scored his sixth podium of the season. He remains the points leader on his KTM. Mullennix came into the race on a bet with friend and fellow motocross racer, Nathan Ramsey. After winning the 250A race on Friday, he proved he could compete in a longer race, finishing third.