Posted on August 21, 2017 by Podium Promotions Leave a comment

Have you checked out the latest video series, Project Race Ready, from Rocky Mountain ATV/MC?

What are you waiting for? You can subscribe to the video series and get notifications of 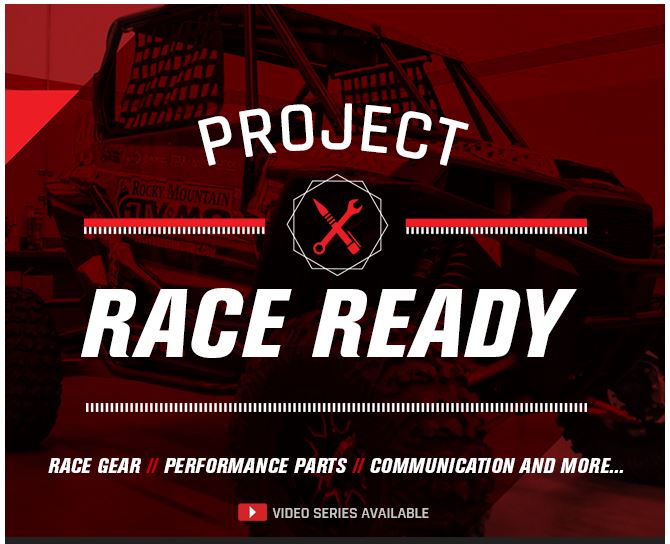 this awesome series as it chronicles product development and community involvement by heading out to race a new RZR XP Turbo in the Production 1000 Turbo class of the World Off Road Championship Racing Series.

Watch and follow as expert fabricators, a team of employees race the entire season and try to create the best RZR possible all the while designing new and improved products that’ll help them meet those ends.

Head over and follow along and watch each episode to see how the adventure unfolds.

WORCS is proud to have Rocky Mountain ATV/MC as the Title Sponsor of the World Off Road Championship Series.