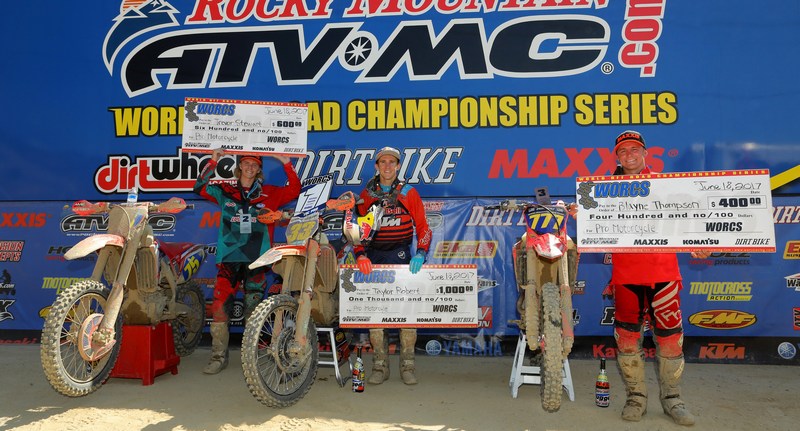 With afternoon temperatures expected to hit triple digits, the Pro motorcycle race was started early in the morning and race was shortened slightly to one and a half hours to avoid heat-related issues. The track featured a great mixture of motocross, off-road and endurocross sections. A tight off-road section was added at the back of the circuit. There was an endurocross section with logs, telephone poles and other tight obstacles, as well as a near-vertical “Drop off” where racers dropped down the hill in front of the Glen Helen sign.

Robert took the lead from the start and like he had three previous times this season he ran away with the event. The battle for second was intense as Thompson and Stewart fought it out throughout the race. Thompson tangled up with Stewart on the big downhill and fell, handing Stewart his first WORCS podium.

“It was a good day,” said Robert. “I’ve always done well here and the heat is my friend. The three pro sections they added made it a lot better. Yesterday, it just seemed like the track was just a fast SXS track. But the new sections broke up the fast sections. That endurocross section got me twice.”

Stewart returned to WORCS after missing two races and earned his first WORCS podium. Having grown up in nearby Rancho Cucamonga, Glen Helen is Stewart’s home track and he put his experience here to good use. He just held off Thompson on the final lap.

“I’ve struggled at WORCS this year, but I knew I could make a good run here,” said Stewart. “I grew up racing here, so I know how to get around it. I died out a little bit at the end trying to chase down Taylor. Blayne is a hard charger and then he made a mistake on the last lap. I got a little buffer and rode my own race from there. I’ve been itching to get a podium here and I’m just blessed to get this one.”

Thompson also grew up near Glen Helen in Phelan, CA. He made up time during the second half of the race and was gaining on Stewart before he crashed on the final lap.

“I had problems in the endurocross on the first four laps,” said Thompson. “I started gaining on it on the last five laps, I got a run on Trevor and was right on his butt, but I hit his back tire and ended up crashing. I did my best to catch back up after that. We were doing some of the outdoor races and missed the last two WORCS events. The track was great and I can’t wait for the next one.”

Robby Bell was seriously injured in a crash during a Big Six race in April. Despite still not being 100% in his conditioning, he held off Travis Damon to snag the fourth spot. With Damon charging on the final lap, Bell sailed through the endurocross section to net the top five. 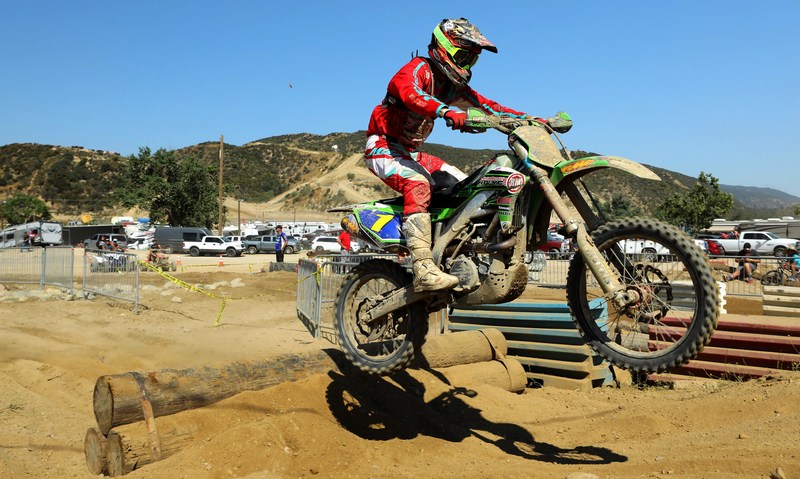 Travis Damon endured a tough race to come back and challenge Bell at the end. Damon battled Bell on the final lap, but a slight miscalculation in the endurocross section put him fifth at the finish.

Sutherlin experienced cooling system issues right at the start on his Yamaha. After pitting and changing the radiator, he charged hard and held onto the points lead going into the summer break. Though not happy with the results, he is ready to finish strong in the last two races. 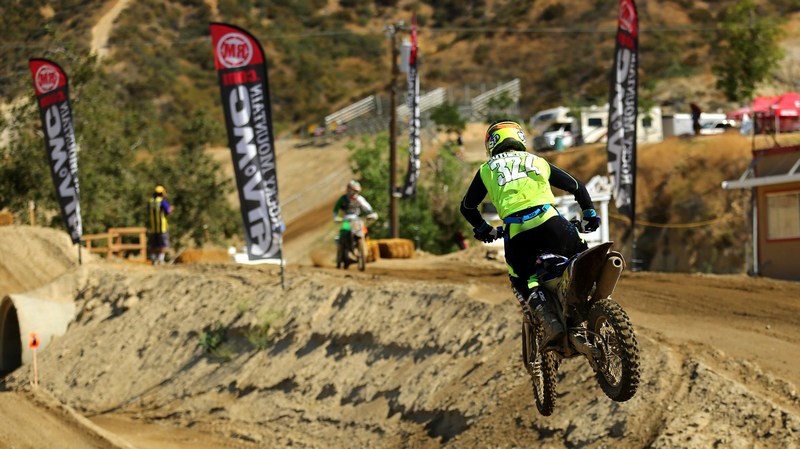 In Pro 2, Kyle Mercier won his first race of the season. Riding a KTM, Mercier charged from the start and was challenging points leader Dante Oliveira for the lead when a flat tire slowed Oliveira, handing the lead and the victory to Mercier. Noah Kepple was second on a Gas Gas and Oliveira kept his podium streak alive by finishing third on his KTM. 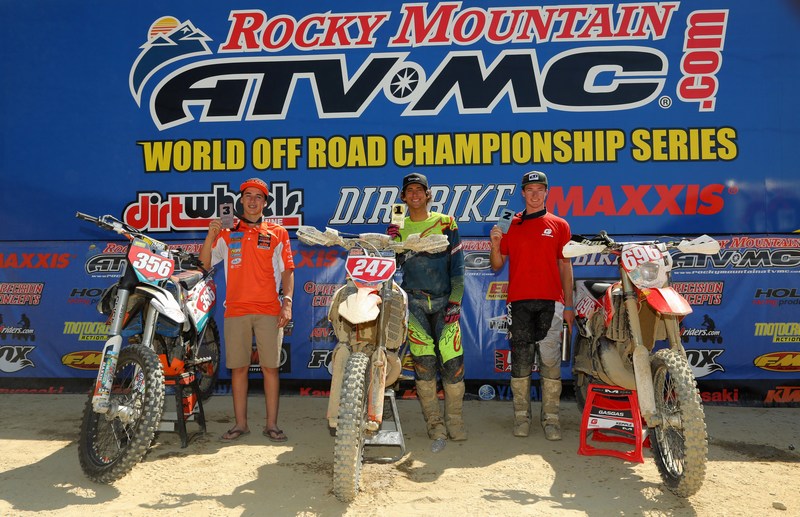 “I got the jump, dove to the inside and took the lead on the first lap,” said Mercier. “Dante had the speed on me today, but he blew out his back wheel and I took advantage. From there I went as fast as I could. This was one of the best tracks this season.”

In Pro 2 Lights, Austin Serpa made it look easy on his KTM. After starting third, he took the lead at the end of the first lap and was never seriously challenged from there. It marked his third victory of the season. Chance Fullerton was second, ahead of Cooper Abbott’s Yamaha. 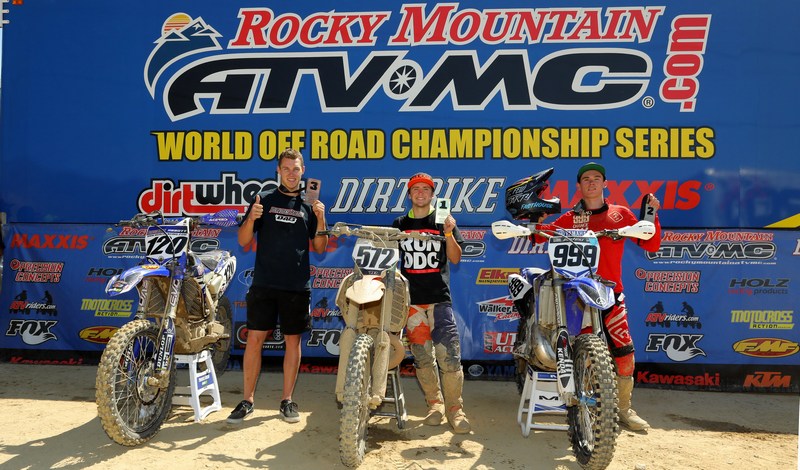 “I didn’t have a good jump off the gate, but I got to the turn and took second,” said Serpa. “At the end of first lap I had the lead and ran away with it. It was a fun track. I made a few mistakes in the middle of the race. So I got out of my head, focused and got it done.”

WORCS now heads into its annual summer break. The series will return to Glen Helen for its next race September 8-10.