Beau Baron Finishes on Top at Iron Mine WORCS

Cedar City, UT  – Beau Baron came into the Rocky Mountain ATV MC WORCS Series present by Maxxis and Dirt Wheels Pro ATV event at Iron Mine Race Park a little bummed out. Having finished second in the last two races, he wanted to get back on the top step of the box. He did so, in dominating fashion, riding his Honda to his fifth victory of the season. Mike Sloan finished second on a Yamaha, ahead of the Honda of Robbie Mitchell. Collins Webster and John Rickerd completed the top five.

With beautiful weather, temperatures in the mid 60s and a slight breeze plus a record crowd, the venue was poised for perfect racing. That breeze was welcome as the track, especially on the back section, was dusty. With a gated start, the ATVs took on the fast and whooped up track that featured Iron Mine’s awesome motocross section as well as an endurocross area with logs and tires.

For Baron, he had something to prove and that was obvious right from the start. Taking the lead with his first holeshot of the season, Baron was on a mission. He made a statement with the victory and now holds a 30-point lead in the title chase.

“I rode relaxed the whole time and rode my own race,” said Baron. “I had a really good time and a lot of fun. These hard-pack slick tracks suit my riding style and it showed. I’ve been a little bit down lately so I just wanted to put my head down, hammer it out and get another win.” 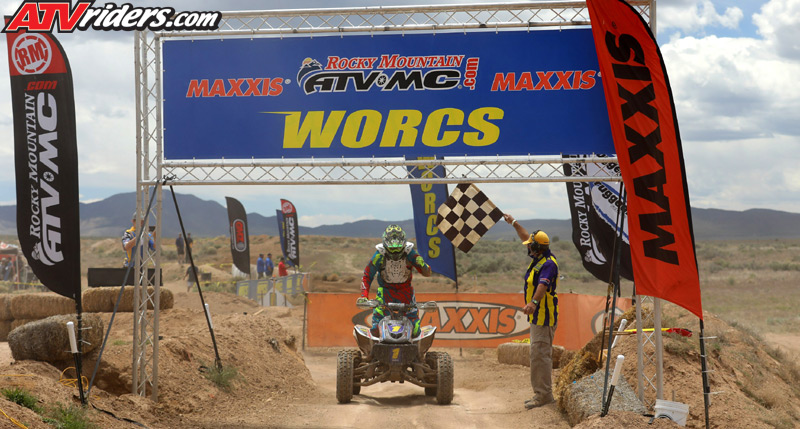 Sloan shook off bad luck experienced early in the season to record his second consecutive podium. After coming off the gate third, he quickly moved up to second and followed Baron throughout the race. 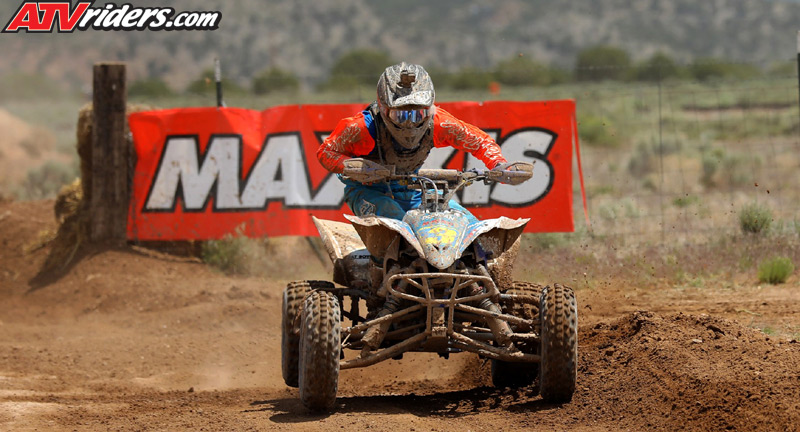 Mitchell scored his first podium since his win at the Orleans Casino and had to work for it. Fighting ignition issues all race, he still held onto third. The Utah native dedicated the finish to a new baby that is due just after Thanksgiving.

In Pro-Am, Kenny Sanford made his WORCS Pro-Am debut with a holeshot at the start of the race, but Logan Huff charged through the field and ran away for the win on his Yamaha. Bryce Peart was second, ahead of Daelen Etsitty. Both were riding Hondas. 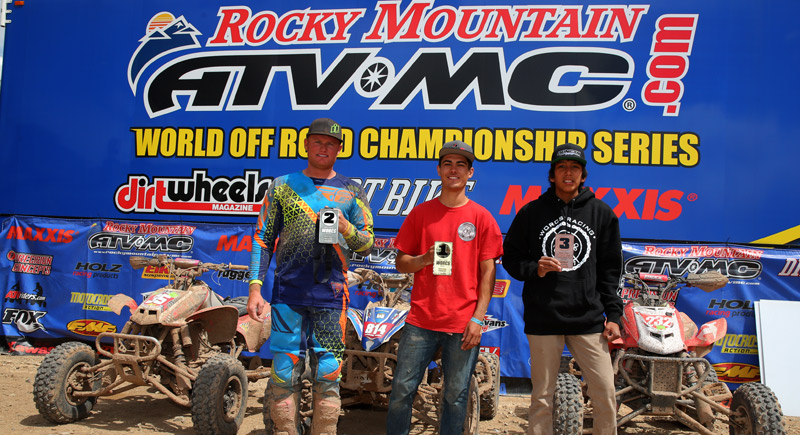 Huff, who hails from Santa Clara, UT, gave his family and friends something to watch. He now holds a nine-point lead in the title chase.

“I was feeling super good out there and nothing was slowing me down,” said Huff. “I was throwing everything at this thing and nothing went wrong. I have a lot of friends and family here and they made me stayed pumped up to show them what I could do today. It definitely feels good to be back on top of the box. I had to make my way through the back and I took first on the second lap. From there I just checked out.”

The WORCS ATV competitors will trade the sand whoops for the hot and high-flying Glen Helen Raceway as the series next heads to the Devore, CA track June 16-18.