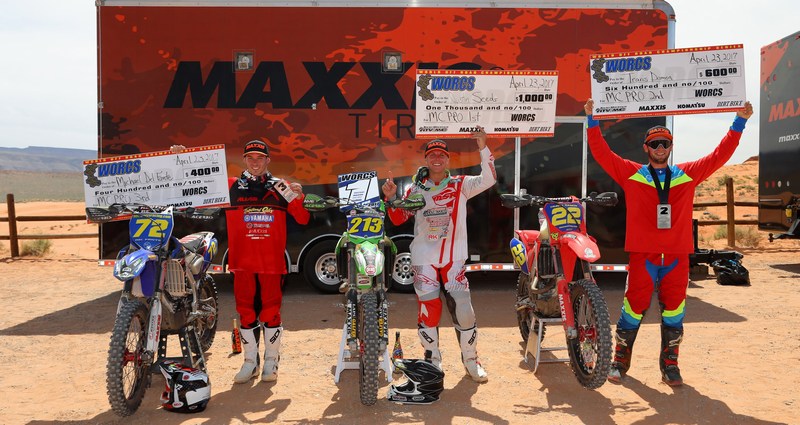 The ATVs and motorcycles started together with the ATVs first off the line for the two-hour race. The track split in the back sending the motorcycles into a rocky and technical section with rocks and boulders. Points leader Gary Sutherlin took the lead at the start and was dominating. However, with three laps left, Sutherlin had a mechanical issue setting up a two-lap battle between Seeds and Damon. Swapping the lead through the waning laps, they crashed into each other heading into the final lap, and the battle for the win came down to the final turns of the race with Seeds taking the checkered flag for the win.

“This has been a long time coming,” said Seeds. “I’m bummed for Gary breaking, but racing is racing and we all have issues. Travis and I had a race to our own and we battled it out for the win. After that last-lap crash, I struggled to get my bike back up. Travis came in hot and we both got into each other. It was intense. He was faster than I was in the sand. I knew in the rocks that I was faster than he was. I saw him leave that door open, and I got him in that last corner. I got my first Pro podium here and now I got my first win.”

Damon did everything he could to hold off Seeds at the finish. The pair battled hard through the dunes and the rocks and they left nothing on the table. Damon was pleased with his best-ever Pro WORCS finish.

“Justin just came out of nowhere on that last lap and I wasn’t going to give it to him easily,” said Damon. “Coming into the scoring chute, I heard him let off the gas and I just sent it, but I ended up in a Tuff Block. We were going back in forth in the dunes and then side by side in some sketchy rocks. We both had different lines and he just got me right before the transponder chute. I am so pumped for this podium. I can see that my training is going the right way.”

Del Fante recorded his first ever WORCS Pro podium. Despite endoing on the first lap, Del Fante recovered, survived and finished third. “I ended up on my head after the first lap and thought my race was over,” said Del Fante. “I got back up and tried to run smooth smart laps. Overall it was a really good day, and I got on the podium. I’m getting more comfortable with the sand. We’re making progress.” 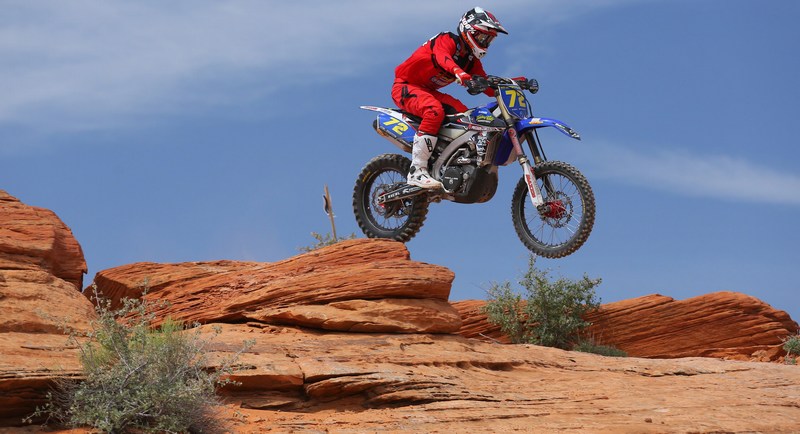 Brock Reveal and Mason Ottersberg rounded out the top five after both Robby Bell and Justin Wallis also suffered mechanical issues while running in the top five late in the race as the rough conditions took its toll on the motorcycles and racers, and both Eric Yorba and Blayne Thompson were missing from this round. 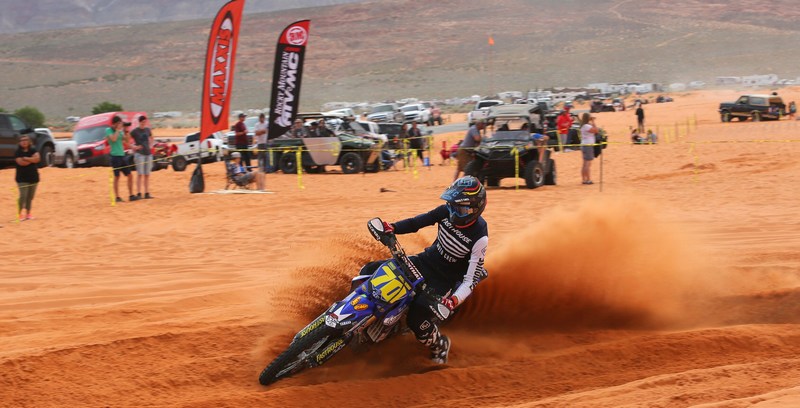 In Pro 2, Oliveira won his second consecutive race and padded his points lead in the process. Oliveira hasn’t finished lower than second all season. He has won three races this year and finished second three times. Oliveira dominated the race, leading every lap and holding off Kyle Mercier at the finish. Alex Dorsey was third. 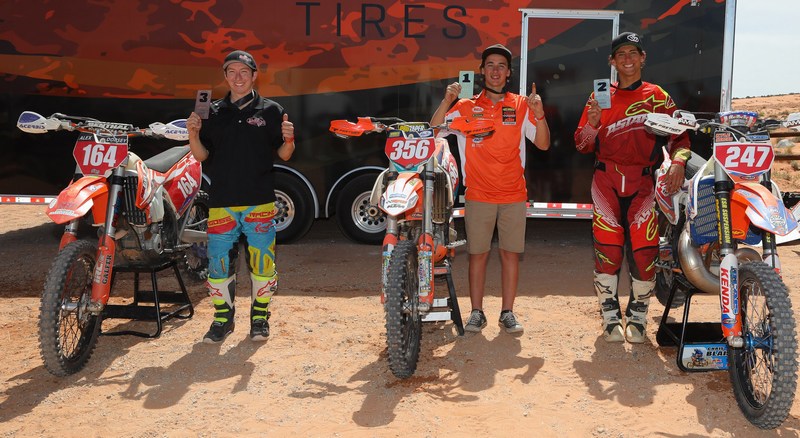 “I got out to the lead on the first lap and set a pace,” said Oliveira. “Kyle caught me on the last lap, so I stepped it up and pushed it until the finish.”

Mercier drove a conservative pace early in the race and then sprinted to the finish recording the fastest lap time in the Pro 2 class on the final lap. After nearly catching Oliveira, Mercier earned his third consecutive podium.

In Pro 2 Lights, Abbott scored his second straight win. Abbott had a great start and recovered from a crash in the scoring chute to net the victory with a last-lap pass. Jake Alvarez battled Abbott to the finish, but settled for second, followed by Clayton Hengeveld. 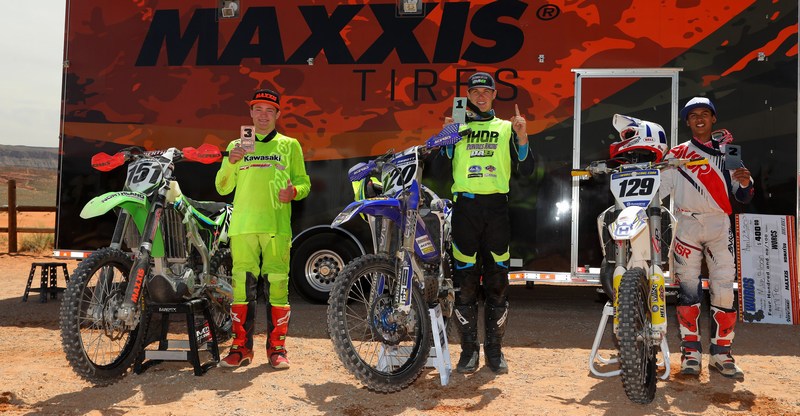 “I had an awesome battle with Jake until the end,” said Abbott. “I got a first kick start and made some quick moves into second. I had a tipover in the scoring chute, put my head down and made the pass with four corners to go.”

Alvarez just lost the lead on the final lap. Despite the track getting rougher as the race went on, Alvarez held on his first podium of the season. “It started getting rough at the end, but I made the best of it,” said Alvarez.

Hengeveld finished third and now sits in a numerical tie with Abbott in the championship. He recovered from a bad get-off to score his third straight podium.

The next race for the WORCS motorcycles is scheduled for May 19-21 at Iron Mine Racepark in Cedar City, UT.