Windy conditions in the area died down for the Saturday race at one of the most scenic racing locales on the tour with its coral colored sand and sandstone rock faces. It’s also one of the roughest tracks, featuring deep sand whoops, buried rocks and racing lines that seemingly change with every lap. The track was shorter than in year’s past and featured more laps giving spectators a much better view of the racing action.

Maxxis’ Ryan Piplic snagged the holeshot in the single row start and two battled it out. Piplic made an inside move and two wheeled it. Bradbury took advantage, hitting Piplic’s car as he took the lead en route to his second victory of the season. Bradbury came back from a rough crash in last weekend’s Best in the Desert Series UTV World Championship in Nevada that totaled his car. RJ Anderson loaned him a virtually identical RZR and Bradbury was quickly up to speed. 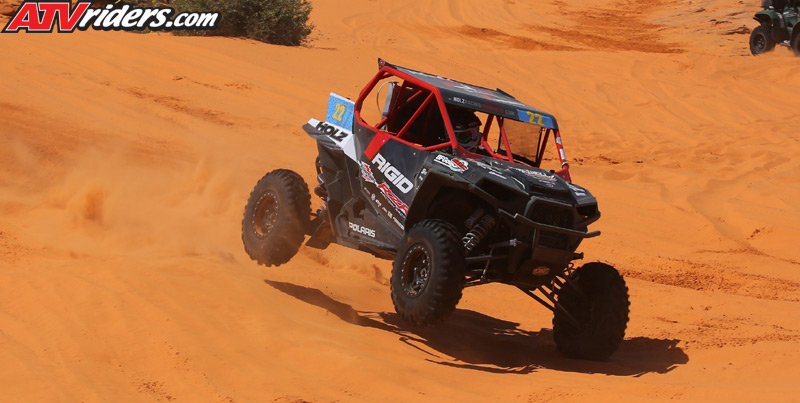 “It’s been a rough go and I have to give thanks to RJ Anderson and the RJ 37 Off Road Team,” said Bradbury. “Everything is the same except the tires, so I put a set of my GBC Dirt Commander Tires on it and everything was hooking up really well. I have to give it up to Ryan Piplic. We raced clean back and forth. He had a mistake over a berm and I got into him, but we had a fun battle.” 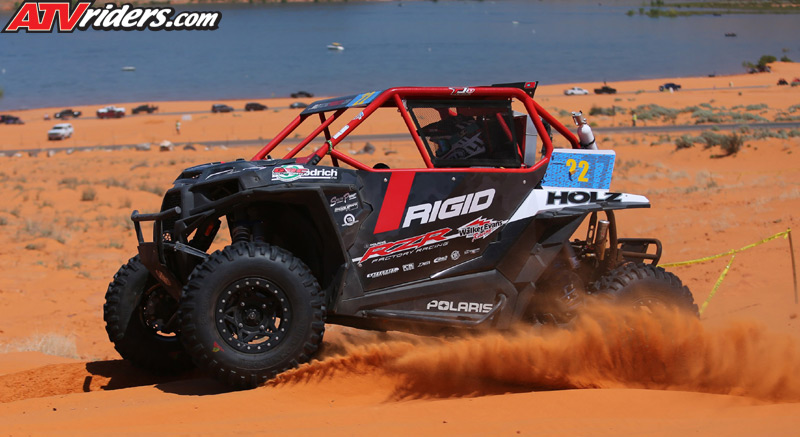 Ryan Piplic was so fast out the gate, he caught himself on the first lap and slowed his pace to preserve the car. He said the contact between his car and Bradbury’s was just a racing incident. He holds no ill will toward Bradbury and was happy with his third podium of the season.

Sparks Racing’s David Haagsma again was running his normally aspirated car against the higher-powered turbos. He battled with Corbin Leaverton during the race, and then squeezed past Bulloch three corners from the finish to score his fifth podium in six races.

In Pro Stock, Bulloch quickly rebounded. Eichner took the holeshot with the similar Yamaha of Nic Granlund in tow. Both Yamahas had problems on the second lap, with Granlund losing an axle and Eichner taking an ill-advised racing line, allow Bulloch to take the lead. He set sail from there, scoring his second consecutive victory and first at Sand Hollow.

“We got the Sand Hollow monkey off our back,” said a jubilant Bulloch. “I got behind the Yamahas at the start, but they definitely didn’t have the suspension setup or the lines I had. They had some issues, I got around them and never looked back. I ran a solid race until the final lap. I lost a tire, but thank God I had the Tireblocks and I came out with the win. The Stock Class is all about driving and every little thing counts.” 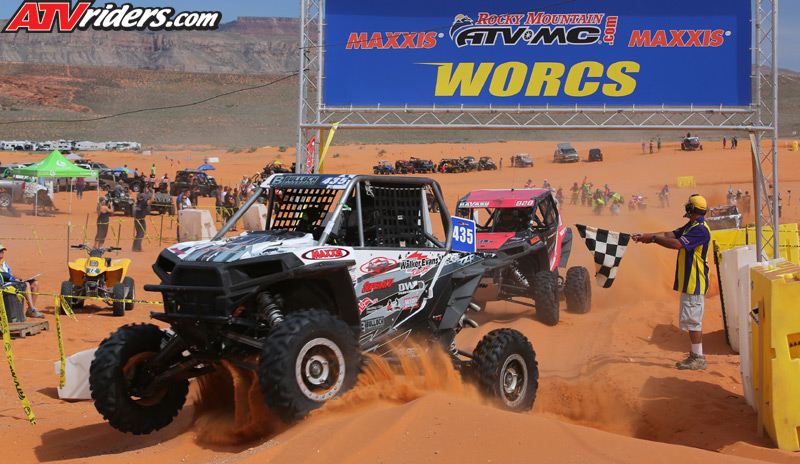 Pro Motorsports’ Matt Hancock got a mid-pack start in his Polaris and quickly got to work. Seemingly getting faster as the track got rougher, he took the second spot from Eichner on the final lap and scored his second podium of the season. 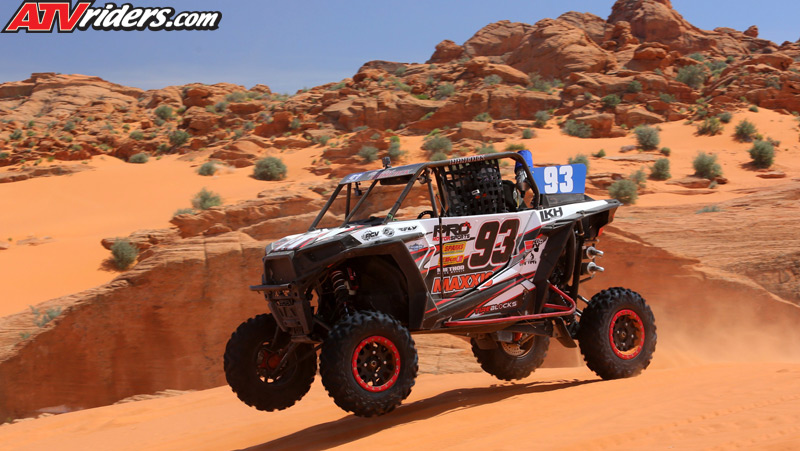 “I had to go past people all day,” said Hancock. “Running the Elka Suspension, Doug Roll has it so dialed in that as the race got rougher, I got faster. Everything we use is top of the line and you can really see how these cars can take it.”

STV Motorsports’ Doug Eichner literally left the pack behind at the start, but fell to Bulloch on the first lap and then Hancock on the final lap. Though he battled back against Hancock, he settled for third at the finish, scoring his third podium of the season.

CST’s Beau Baron had difficulties at the start, but was quickly up to seventh on the first lap. He continued his climb through the field to finish fourth and stay in contention for the championship. 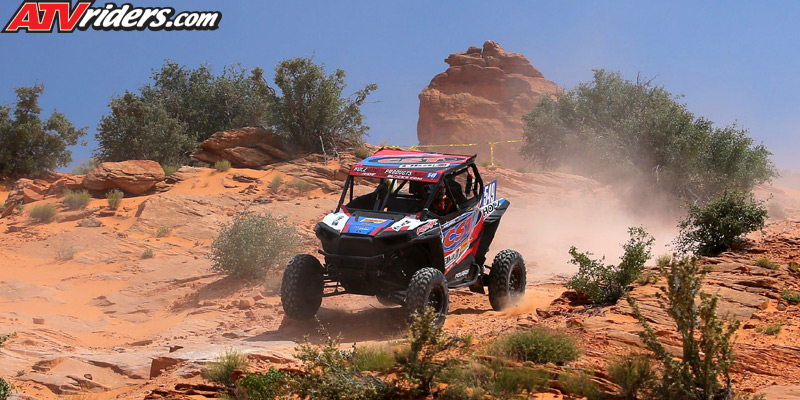 In the Women’s SXS race, Sparks Racing / Maxxis’ Jennifer Broughton battled Claudia Romo for the entire race and came away with her fifth consecutive victory. Romo was second, ahead of Lexi Chournos.

WORCS will head back to Utah after a one-month break. The next race is scheduled for May 19-21 at Iron Mine Racepark in Cedar City, UT.