Posted on April 5, 2017 by Podium Promotions Leave a comment 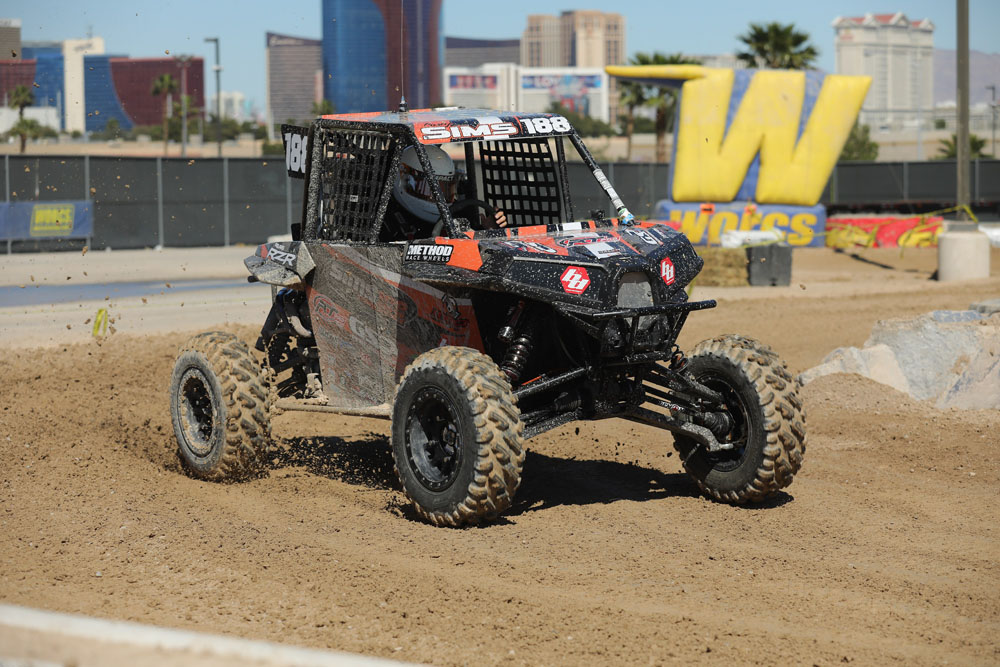 I had another amazing weekend at WORCS round 6 in Las Vegas, NV!  We arrived at The Orleans Hotel & Casino on Friday night before the race.  I was eager to check out the track that WORCS had been building all week long.  On Saturday, there was a track walk scheduled in the afternoon.  I walked the track and figured out what I thought were the best lines to take.  I also watched the pro race on Saturday night to give me an idea of the way the cars were going to handle on the tight course.  It was an indoor/outdoor arena race, so I knew the track would be technical.  I love technical courses and I was excited to get in my car on Sunday!

Because the track was so tight, they were starting the UTV’s two-by-two instead of our usual line-up start.  This meant we’d be racing the clock.  I got to the start line early so that I could get a good spot.  I was one of the first two cars to start the race.  WORCS let us go out on one site lap, and then lined us up.  I sat eagerly waiting for the green flag to drop.

As we took off from the start line, I was able to get out in front, and took the lead.  We started the race outside, and there were dirt jumps, sections of asphalt, metal jumps, tight turns, and logs to race over.  I remembered the lines I had picked from the night before and got into a groove.   A small portion of the track then headed into the Orleans Arena where we made a loop through, driving over more logs and dirt jumps.  I stayed on the gas and drove fast, but was careful to not be too hard on my car through the rough sections.  Even though I was in the lead physically, there were several cars that started after me and everything was based on time.  I eventually hit lapped traffic and figured out my way around.  There weren’t very many places to pass on the course, so I had to take the opportunity to pass as soon as I could.  After 14 laps, the 35 minute race came to an end, and I crossed the finish line in 1st place!  I also had the fastest lap of the race!

I’m looking forward to racing round 7 at Sand Hollow State Park in Utah in a few weeks.  Thanks so much for your support: Got Sand Performance, Red Rock, Method Race Wheels, Crow Enterprizes, Factory UTV, GBC Motorsports, RT Pro, Yoshimura, Demon Powersports, Baja Designs, Gates G Force, Elka Suspension, Rugged Radios, Maxima Racing Oils, Crown Performance Products, Surface Sun Systems, Butter Supply Co, Pavement Recycling Systems, Perrault Motorsports, and my parents who make this possible for me!  Thanks to everyone at WORCS for an awesome weekend in Vegas, and thanks to Harlen Foley for the rad pictures!  You can check out the Sims188 Race team on Instagram @csims188 or on Facebook at www.facebook.com/csims188/.