With temperatures in the mid 90s and little breeze, the Sunday ATV race was typical Havasu with high heat, rough conditions and hard racing. The lagoon jump was brought back this year and it proved a difficult challenge for the ATVs with many landing with their back wheels in the water.

Mike Sloan grabbed the holeshot on the dead engine start followed by Mitchell and Baron. Webster was still in the pits before the start, fixing his chain and he was nearly a lap down when he got into the race. Mitchell had an electrical issue that sent him into the pits and out of contention and Sloan went off the track, handing the lead to Baron.

From there, Beau Baron cruised to victory padding his points lead. Baron elected to run a pace that would best suit the hot and challenging conditions. He battled hard with Sloan before taking the lead when Sloan bobbled. 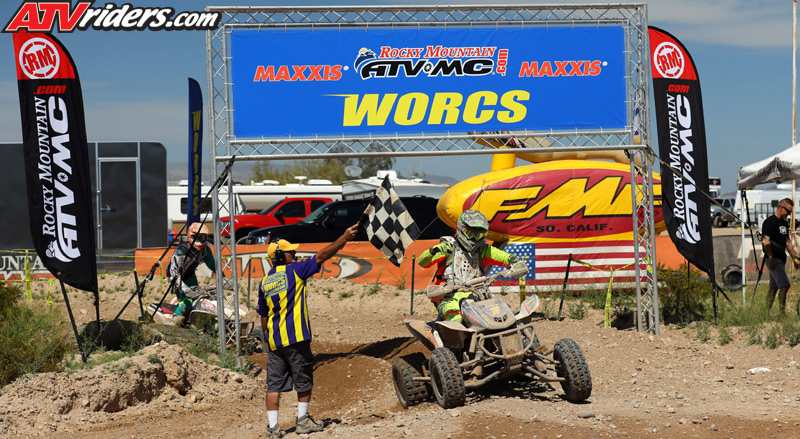 Mike Sloan held off Baron for most of the race. However a hole in the face of one of the jumps put him off line and gave Baron the position. “I got up to the motocross track, hit the first jump and I went sideways off the side of the track,” said Sloan. “Beau got by me and I just tried to ride with him from there. We kept pushing and we didn’t finish too far behind him.” 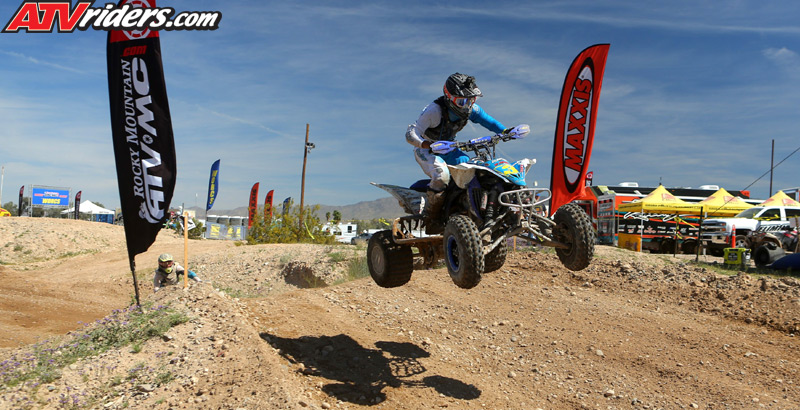 If WORCS offered a redemption award, Collins Webster would have won it here in spades. After breaking a linkage in practice, his team scrambled for six hours to swap the frame on his Yamaha. Then, on the parade lap for the main, his chain broke. He started well after the rest of the field and recovered to score his first podium of the season. 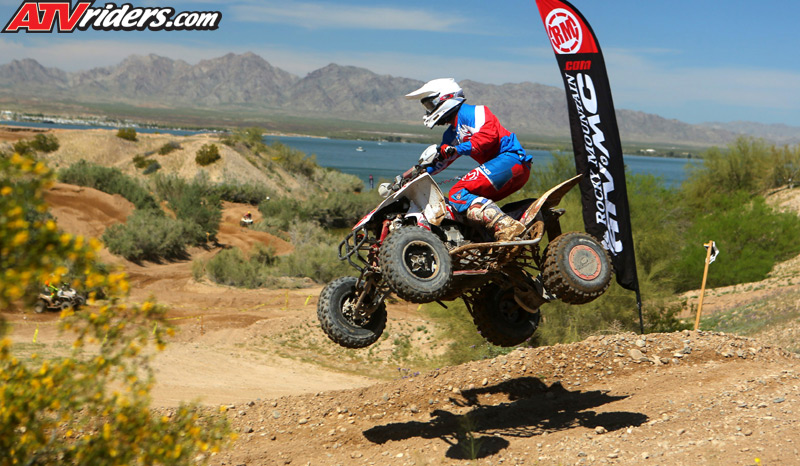 In Pro Am, Logan Huff scored his second win of the season. Bryce Pert had the early lead, but faded in the end and lost the lead to Huff on the lagoon jump. He finished a season-best second. Ricardo Gonzalez was third. Huff took the points lead from Tyler Benally, who finished fourth. 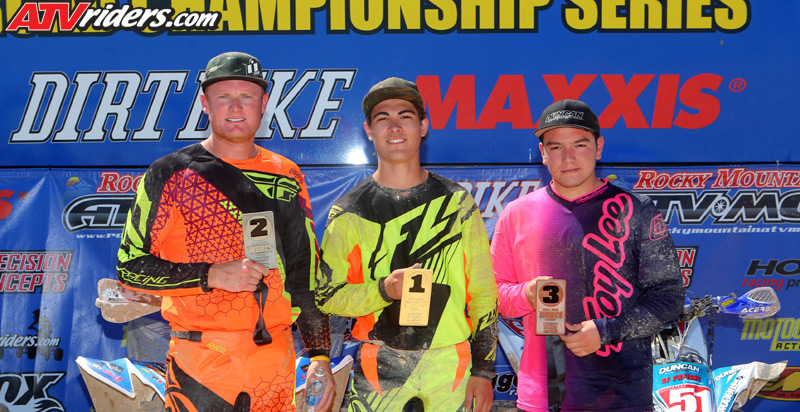 “It was pretty rough out there,” said Huff. “We started just when the sun started beating down, so I tried to stay hydrated and hold my line. I’m pretty stoked to regain the points lead and we’ll just keep doing what we’re doing.”

The WORCS ATVs will be back in action March 31-April 2 during the unique indoor event at The Orleans in Las Vegas.