Taft, CA – CST / ELKA’s Beau Baron got out front early and went on to win his third consecutive Rocky Mountain ATV / MC WORCS Series presented by Maxxis and Dirt Wheels race in the Pro ATV class. The race was held at Honolulu Hills Raceway. DWT’s Robbie Mitchell was second, ahead of Josh Row, who made his return to WORCS competition after a two-year hiatus. Collins Webster and John Rickerd completed the top five.

Though the track was inundated on Friday by heavy rains that we part of Winter Storm Lucifer, by Sunday the track was perfect for racing. With beautiful weather in the forecast, the ATVs took the combination off road, motocross track.

Robbie Mitchell grabbed the holeshot with another adept dead engine start, but Baron quickly made the move on his Honda on Mitchell and took the lead. Mike Sloan challenged Baron toward the end of the race before engine problems took him out of the race. From there, Baron cruised to an easy victory.

“I just hung it out a little more on the first lap and I got a gap,” explained Baron. “I knew it was going to be tough to see because I saw a little dust coming up so I knew I had to get up front early. I ate dirt at the last couple of races, and I didn’t want that to happen here. I got out front and did what I could. Then Sloan had a miracle lap and he reeled right in on me before he had to pit. I’m really happy with today’s results.” 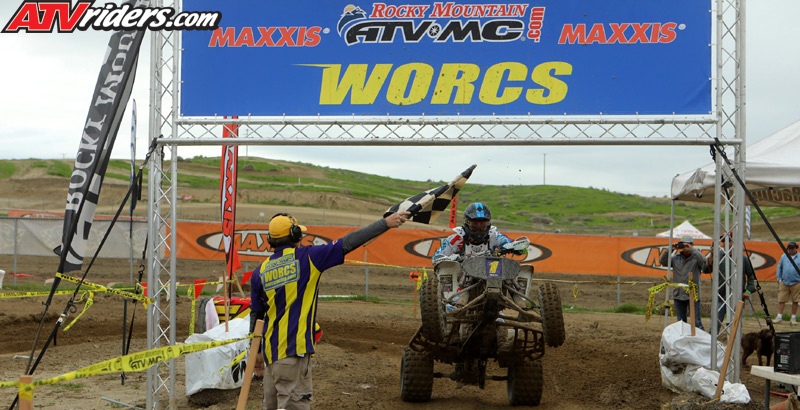 DWT’s Robbie Mitchell, the unofficial WORCS “King of the Dead Engine Start,” lived up to his nickname with another holeshot. However, he was blessed to even be on the starting line after he had to scramble to get his Honda ready for action just prior to the race by switching out his carburetor, which got him to the finish line in second place.

Josh Row, who had been in the hunt all race, inherited the third spot when Sloan retired from the event. Row returned to WORCS on a Honda after competing in desert racing events for the last two years. He had Baron to thank for getting him back on a quad. 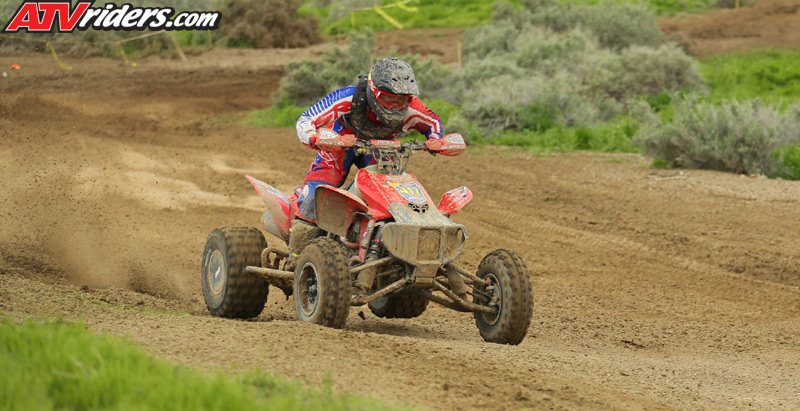 Mike Sloan was in the running for the final podium spot until he suffered a mechanical issue in the final laps, which dropped him off the podium.

Pro Rookie, Jerry Maldonado, who made a splash in his first pro season of WORCS racing by finishing fifth in the first race and third at the last race, injured his wrist since Primm, so he will miss several rounds of racing, and we wish him a speedy recovery.

In Pro Am, Tyler Benally scored his second consecutive victory and took over the points lead on his Honda. Ricardo Gonzalez left his bad luck streak behind and finished second, marking his first podium of the season. Logan Huff finished third on a Yamaha. 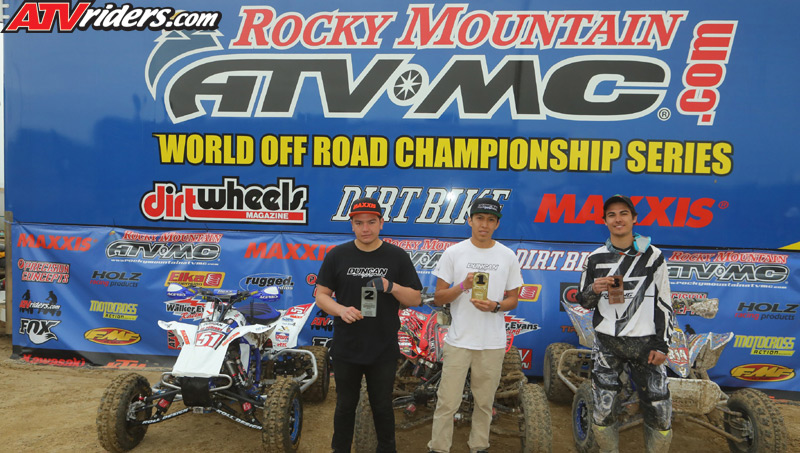 “I really didn’t expect to win today,” said Benally. “The points lead is another bonus. Everything felt good out there. I just rode my own race and I did everything right, I guess.”

The WORCS ATVs next head to Lake Havasu City, AZ March 17-19th for one of the most challenging events on the schedule.