Taylor Robert took the early lead in lap one and continued to put down fast and consistent lap times. Behind him, though, the battle was on for second. Blayne Thompson took second early and was slowly catching Robert, but missed his pit on the fourth lap and ran out of fuel. Then defending WORCS champion Robby Bell and Gary Sutherlin began an intense battle for second, but Bell fell out on the last lap with engine trouble. Eric Yorba also had problems when he stalled his ride in the rock section and couldn’t get it restarted.

In the end, Robert again dominated the race, putting on a similar show to the one he performed in the first round. “I was pushing pretty hard in the beginning and just rode my own race at the end,” said Robert. “My KTM was working really well. My suspension was great, and I was flowing pretty well. The course was really fast and rough. It was really choppy, which is hard on the hands and the body, in general. I was happy to get through that one clean without any get-offs.”

Gary Sutherlin finished second, recording his second consecutive runner-up finish on his new Yamaha ride, but he is still he was disappointed with his finish.  “Seconds are only good if you can fight for the win. We didn’t fight for the win today, so I’m not happy with that. We have a weekend off, so we’ll do some homework and come out swinging and close that gap on Taylor,” said Sutherlin.

Travis Damon was in the right place at the right time. He scored his first WORCS Pro podium after a great start and a consistent race. 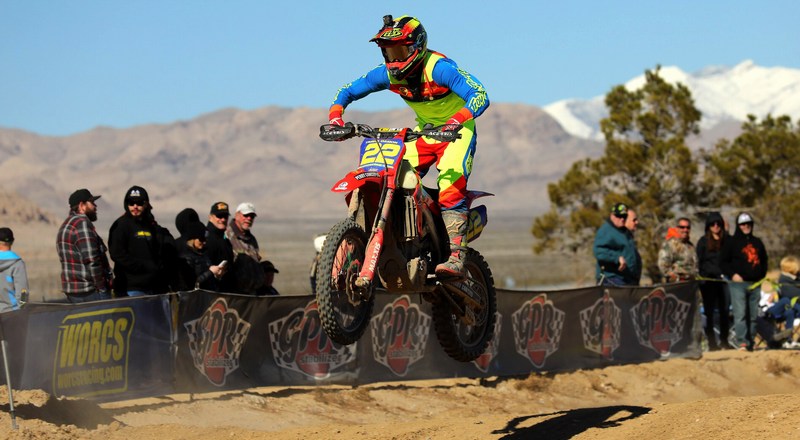 Justin Seeds’ was pleased with his second straight top-five finish especially after having to contend with a hand injury on the rough course. “I’m happy with a top five,” said Seeds. “I had some issues with a sprained thumb and it make it hard to hold on as rough as it was. We’re looking forward to the next round. Consistency is a positive in my eyes. I’m going to keep it up.” 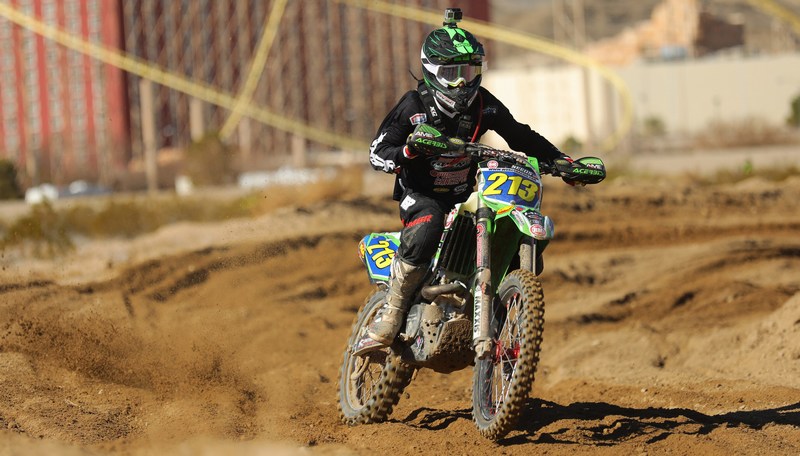 Robby Bell, who finished third in the season opener was challenging up front after a great start. He and Sutherlin battled tooth and nail for second when Bell’s engine let go late in race, which dropped him back to a ninth place finish. 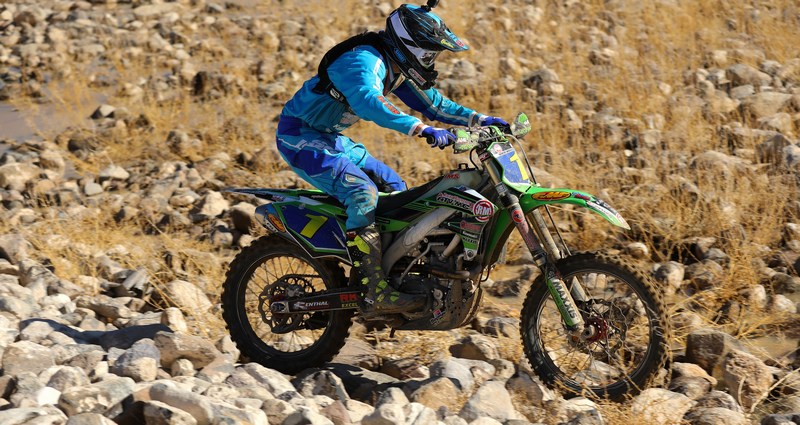 In Pro 2 class, Logan Chambers won his second consecutive race in dominant fashion, but the real story was Dante Oliveira who experienced suspension issues on the first lap and had to pit for repairs. Driving from dead last, he rebounded to finish second, followed by Maxx Perkins in third.

“I was able to move into the lead pretty quick, and I was finding all the right lines to pace myself throughout the two hours,” said Chambers. “I made a few mistakes in the gnarly rock section. Other than that, it was a clean sweep, and I couldn’t be happier to win all four races in the first two rounds.” 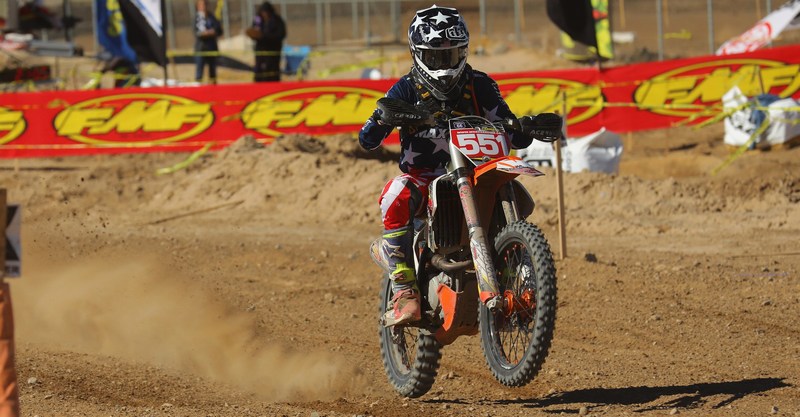 In Pro 2 Lights, Austin Serpa scored his first class victory by edging out Clay Hengeveld for the win with the pass for the lead in the third-to-last corner of the race.   Collin Elliott rounded out the top three.

“We battled it out until we both pitted halfway through the race,” said Serpa. “About two laps after that, Dante passed me and I followed him up to Clay. Then I took the lead three corners from the checkered flag.”

The rough course took its toll on Hengeveld. Though he was far from bummed out and he can’t wait for the next race. “My hands were just beat, so I couldn’t hold on,” said Hengeveld. “Bring on the next one!” 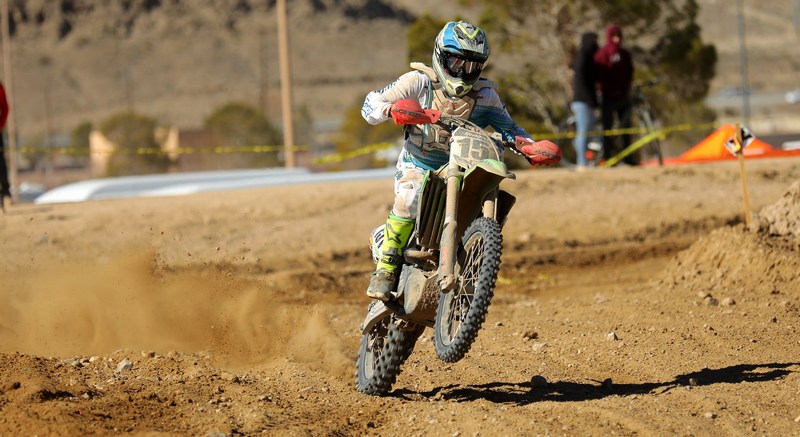 The next race for the WORCS motorcycles is scheduled for February 17-19 at Honolulu Hills Raceway in Taft, CA.