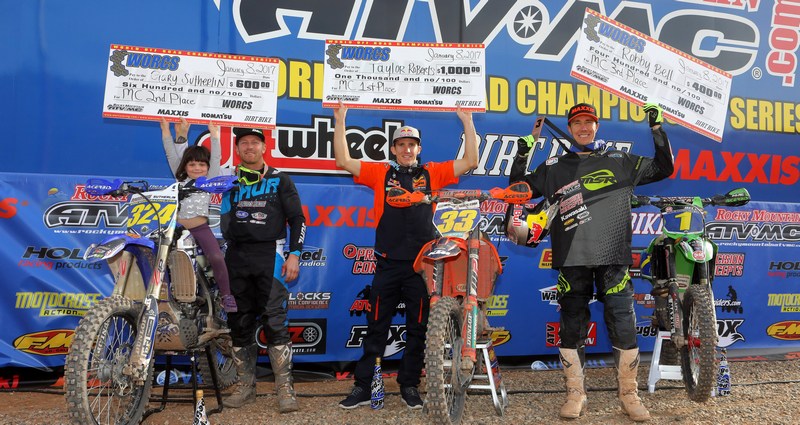 The Mesquite MX track really put the racers to the test as many described it as probably the roughest track on the schedule for 2017 with its deep sand whoops, which was paired with a top notch motocross track.

Taylor Robert, from Arizona, is a fresh off his ISDE victory, which was a first for Team USA, and after taking a break from racing for a couple of months, he returned to the WORCS series on a factory Red Bull KTM. He came out atop a battle with Eric Yorba and Sutherlin on the first lap and never looked back, taking a dominating victory. 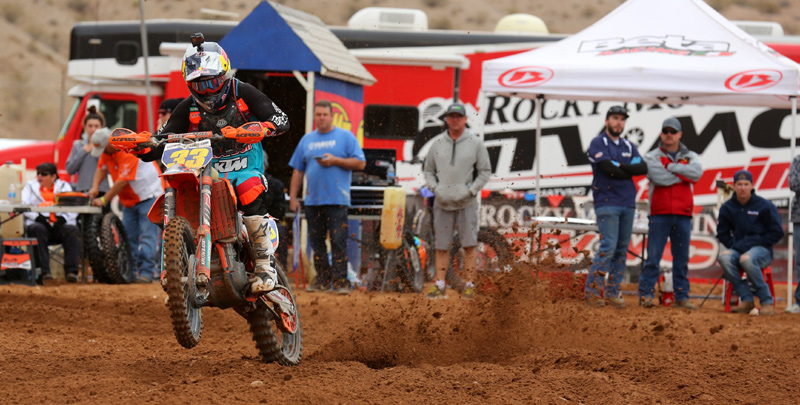 “I’m really excited to be back at the WORCS races, especially this race,” added Robert. “Mesquite has always been my favorite because of the deep sand. It always seems that the rougher it gets, the better I do. I was just anxious to get out there. I didn’t have a good start, but after I took the lead on the first lap, I just rode my own race.” 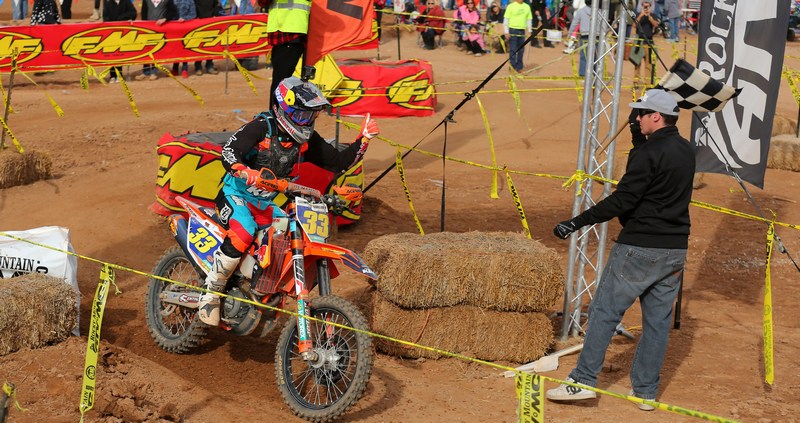 Gary Sutherlin returned to WORCS after taking most of 2016 off due to illness. Sutherlin, who had run his own privateer effort for many years, comes into 2017 after joining the Destry Abbott’s Purvines Racing Factory Yamaha Team, and he got off to a great start to the season with a solid second place finish on his new ride. 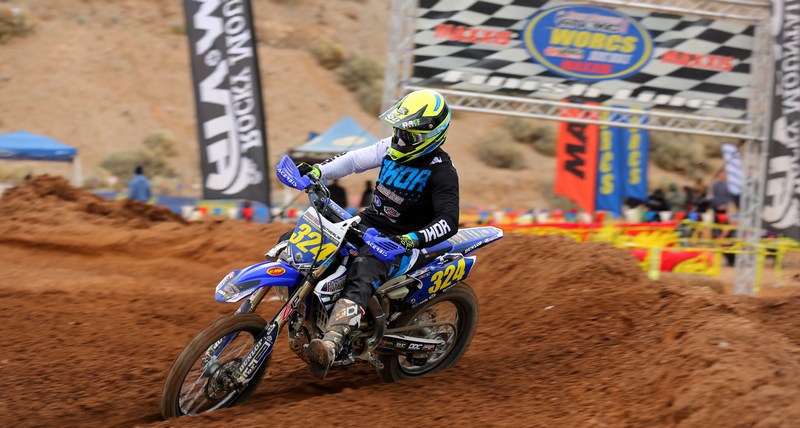 Robby Bell was happy with his podium finish. He pointed out that the level of competition has deepened considerably this year. Bell returns this year on the Precision Concept’s Rocky Mountain ATV MC Kawasaki.

“Pretty much the whole class can win on any given day,” added Bell. “It’s nice to see the depth of the field. The competition is stepping up again and it will make for an exciting series.”

After winning the Pro Lites title in 2016, Travis Damon elected to step up to the Pro Class for 2017. He finished fourth after a thrilling battle with Bell. Damon is racing his familiar Honda this season. 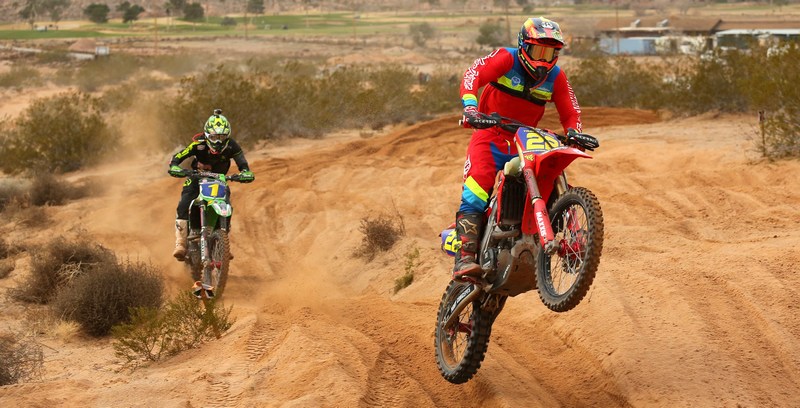 Justin Seeds fought his way through shoulder pain to complete the top five. The rough track was a tough way for him to start the season, so he was pleased with fifth. Seeds is Bell’s teammate and is riding a similar Kawasaki. 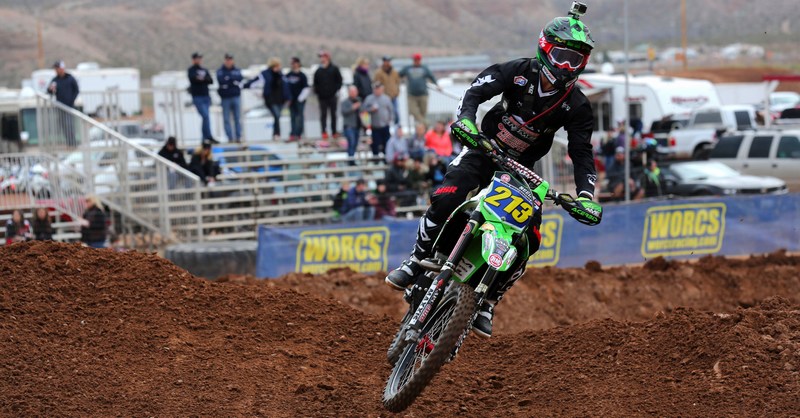 One big name missing from the starting lineup was 2016 championship contender, Dalton Shirey, who missed the season opener after sustaining a knee injury just a few weeks before the season opener.

In Pro 2, Logan Chambers and Dante Oliveira, both on KTMs, battled throughout the race with Chambers taking the victory. Oliveira, who won the Pro Lites Championship last year, gave Chambers a run, but settled for second. Alex Dorsey was third on a KTM. 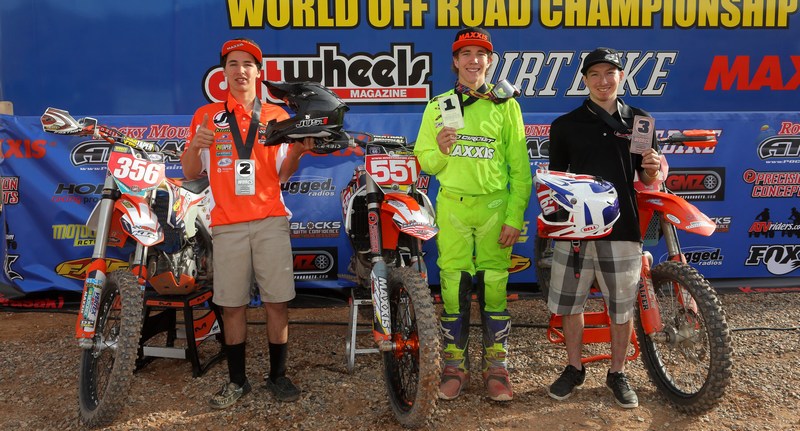 “I was trying to run away with it on the first lap, got a little overconfident and put my front wheel over a berm,” said Chambers. “Dante passed me. From there we diced it up until the one-hour mark. I took the lead in the pits and rode away from there. I just got on a 450, and I’m looking forward to racing the next few rounds.” 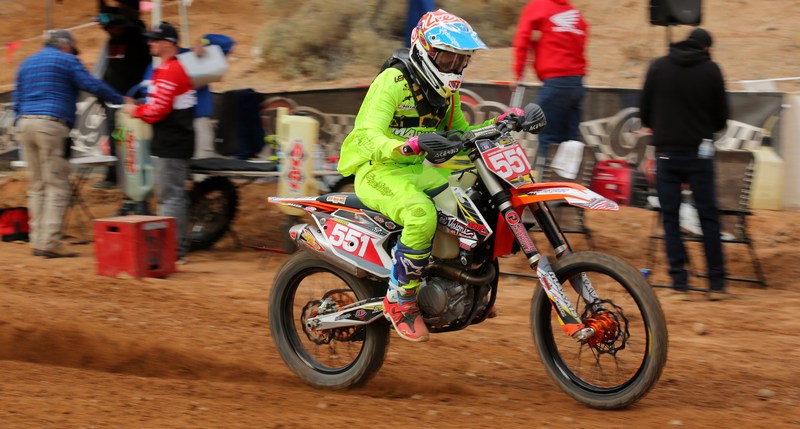 In Pro 2 Lites, Destry Abbott’s son Cooper won the race on his Purvine Racing’s Yamaha. Chance Fullerton finished second on a Yamaha. Clayton Hengeveld had led most of the race on his Kawasaki, but crashed late in the event and finished third. It marked Cooper Abbott’s first Pro 2 Lites victory. 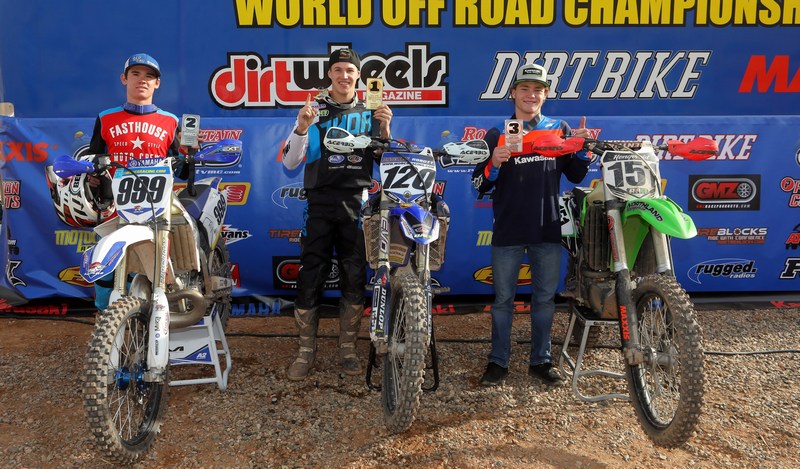 “I made a couple of little mistakes at the beginning to the race,” explained Cooper Abbott. “I took some deep breaths, reeled in the leaders and took the lead with two laps to go. I stayed consistent and came away with the win. I had a blast in the sand. The Purvines team is really good, and it’s going to be a great year.” 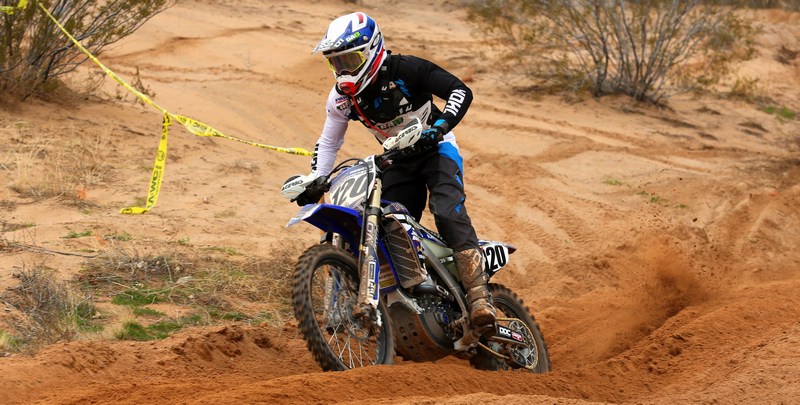 The Rocky Mountain MC World Off-Road Championship Series Presented by Maxxis and Dirt Bike Series returns to competition for round two on January 27-29th at Buffalo Bills in Primm, NV.