Mesquite, NV – Beau Baron picked up right where he left off in the Rocky Mountain ATV MC WORCS Series presented by Maxxis and Dirt Wheels by winning the 2017 Pro ATV season opener at Mesquite MX. The defending WORCS Champion beat out Robbie Mitchell and Mike Sloan for the victory. Collins Webster was fourth, ahead of Pro rookie, Jerry Maldonado.

The event was held on expanded course, incorporating the technical and big air motocross circuit with the expansive sand whoops in the hills surrounding the track. Temperatures in the mid-50s made for perfect racing in the 1 hour, 30 minute race.

Beau Baron fell back to third early on, but he held a consistent pace. Running in clean air out of the dust, Baron quickly picked off Sloan and then took the lead from Mitchell late in the race. Baron returns to WORCS on his familiar Roll/Elka/Sparks/CST Polaris.

Robbie Mitchell challenged Baron, but settled for second in the end. Mitchell is back on a Honda this season. “I was trying to be aggressive at first and I’m not sure that was a good idea,” said Mitchell. “I was feeling good and I led most of it. I tapered off a little bit at the end and Beau came on strong. So we’ll have to go home and do a little homework so we can come back strong at Primm.”

Mike Sloan made some of his first laps on a new Duncan Racing Yamaha during the race. He made the decision to switch to Yamaha just a few weeks ago, a decision that paid off with a podium. 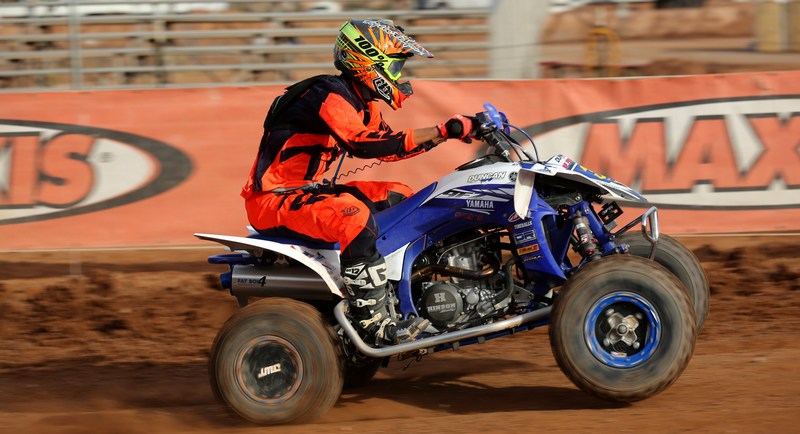 Collins Webster also made the switch to Yamaha after riding a Can-Am last season. He actually rode his practice bike in the race. After nabbing the holeshot, he finished fourth.

Jerry Maldonado made his return to WORCS racing in the Pro ranks, and rounded out the top five at the season opener. 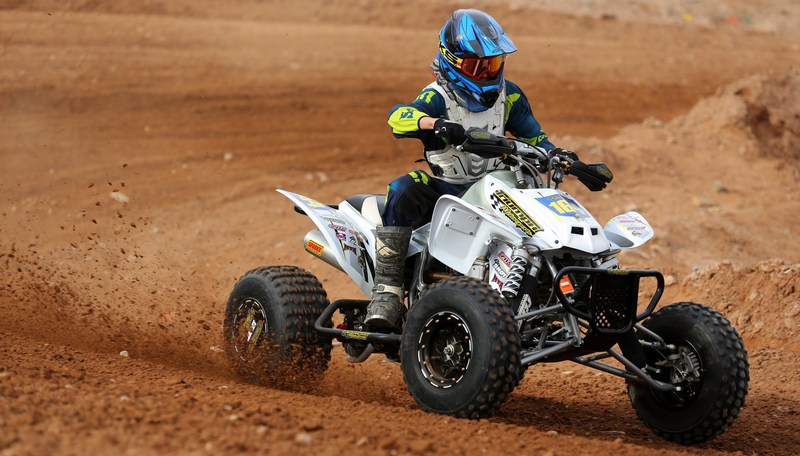 In Pro Am, Logan Huff showed he had rebounded from injuries sustained last April by winning the race on a Yamaha. Ty Sanders took the holeshot, but finished second on a Honda. Tyler Benally was third, also on a Honda.

“I’m super glad to be back,” said Huff. “I didn’t expect to come out with the win today, but I pushed through the rough track and made it happen. I had broken my neck in April in a crash at Sand Hollow. I was out of work for three months. I got my quad put back together in November and I’ve been riding every weekend since. I wish I had words to explain my happiness right now. I can’t thank everyone enough for keeping me racing.” 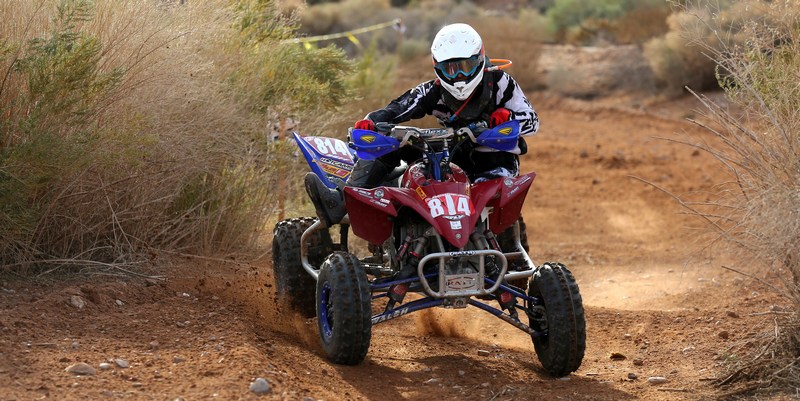 Sanders ripped to the holeshot, but fell back early. He overcame back pain to get the runner-up slot followed by Benally in third. 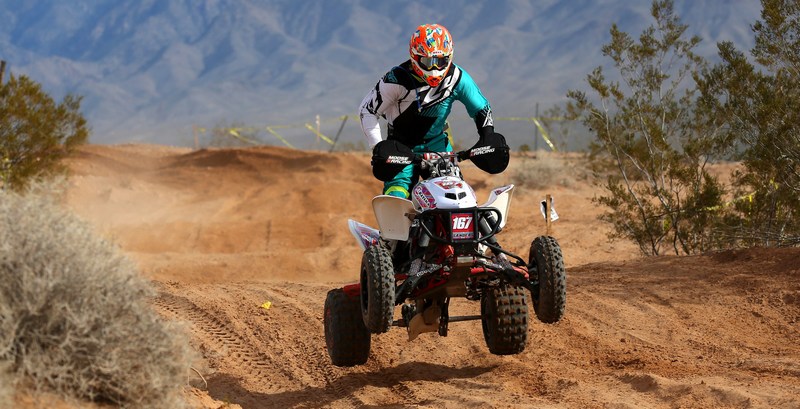 The ATVs will be back in action January 27-29 as WORCS heads to Primm, NV for Round 2 at Buffalo Bill’s Resort and Casino.