Primm, NV – David Haagsma is something of a legend around the Rocky Mountain MC WORCS Series presented by Maxxis and Dirt Wheels. Having won championships in virtually every ATV and SXS class, one title had eluded him: The Pro SXS crown. He finally added that trophy to his mantel by winning the Pro SXS finale and, in the process, taking the championship by just one point. 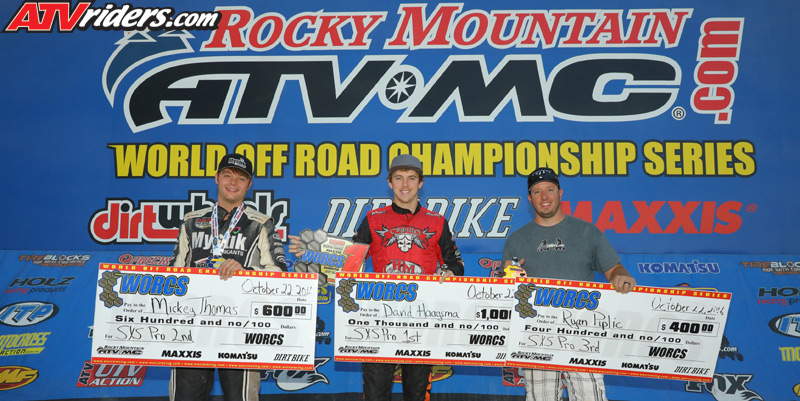 So competitive was the Pro Class this year that six drivers came into the season finale at Buffalo Bill’s Resort and Casino with a shot at the title. With beautiful weather and perfectly watered track, Haagsma did just what he needed to do. He took the holeshot, grabbed the lead and wasn’t seriously challenged. Mickey Thomas finished second in the race and the championship, ahead of Ryan Piplic. Beau Baron and Jeffrey Obering completed the top five.

David Haagsma grabbed the holeshot and lead from start to finish to clinch the title by one point over Mickey Thomas.  Haagsma won his first Pro ATV Title in 2015 as well as several of the SXS class championships over the years. He was happy to get the Pro title this year, especially while also competing in the AMA ATV Motocross National Championship.

Thomas was in just his second year of WORCS competition. He finished second in points despite planning not to compete full time this year. He also competed this year in the Lucas Oil Truck Series. Interestingly, Thomas used an engine borrowed from Chris Mills after having engine trouble in practice, but the replace engine held strong, but he wasn’t able to close the gap on the Haagsma and finished in second place for the race and the year. 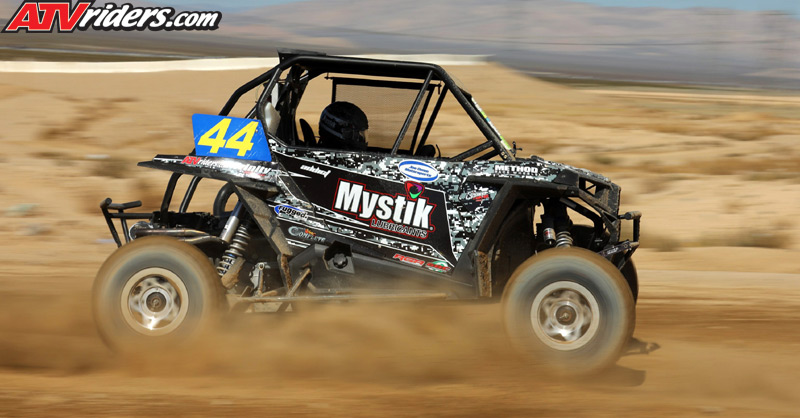 Piplic rebounded from a hard crash t in the Unlimited race to net his third podium of the season in Pro. Piplic finished fourth in points behind Cody Bradbury. Bradbury also crashed in the Unlimited race and was just released from the hospital prior to the Pro race. He cruised to a sixth-place finish.

Baron finished fourth in the race, cementing his fifth-place spot in final points. He got close to Piplic, but nearly crashed trying to make a pass, so he chose a more conservative pace to salvage the car and get a finish. 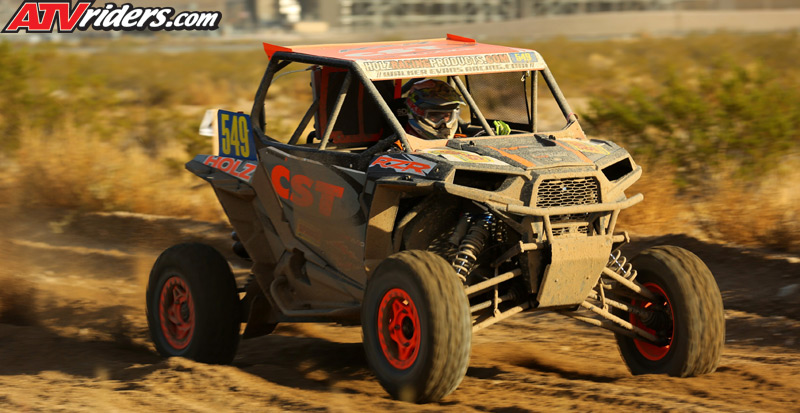 Obering started on the second row and battled through traffic to notch his second top five in a row.

With Piplic having clinched the title after the last round, the Unlimited race was certain to be exciting and it delivered. Ray Bulloch led most of the race until he tangled with a lapped car. Baron passed him for the lead on the final lap, and Bulloch, whose brakes had faded, crashed into Baron’s rear bumper. Baron then effectively towed Bulloch across the finish. Ryan Holz continued his late season consistency to finish third. 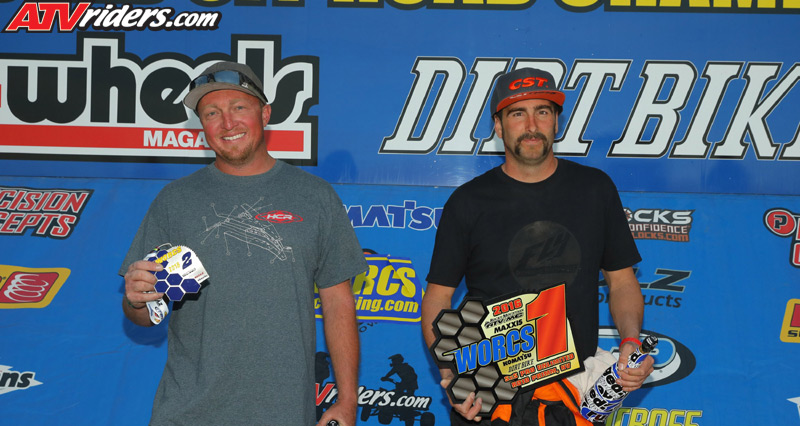 Bulloch’s car, one of the few naturally aspirated UTVs in a field dominated by turbos, was perfect right off the rip. After hitting the lapper, his four-wheel drive stopped working, so he was just trying to hold off Baron. Then his brakes faded, which sent him colliding into Baron right before the finish.

Holz, also in a naturally aspirated car, earned his second podium of the year. He latched on to Baron early in the race and followed him to the front.

In Pro Stock, Bulloch got some redemption with his fifth win of the season. The Yamahas of Nic Granlund and Doug Eichner finished second and third, respectively. Cody Rowley merely needed to finish to clinch the championship and he finished 14th.

Granlund, 46, and Eichner, 52, showed off their years of experience. Driving Yamaha’s newest SXS, Granlund recorded his second podium of the season. 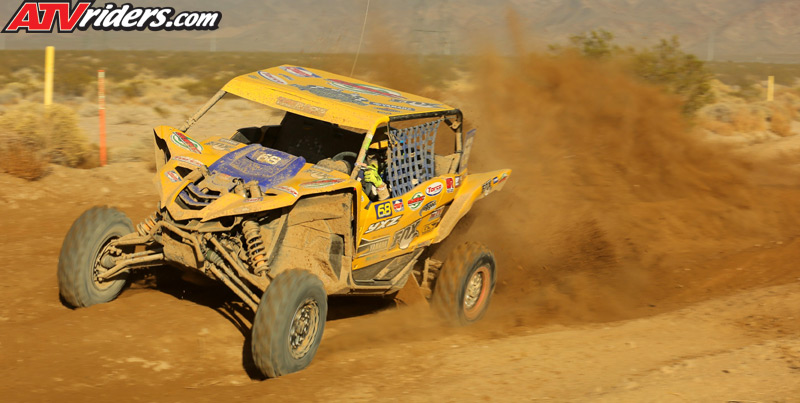 Eichner has a long history of winning races and championships in WORCS racing. Here he took on a much younger group of SXS racers and showed them how it’s done. 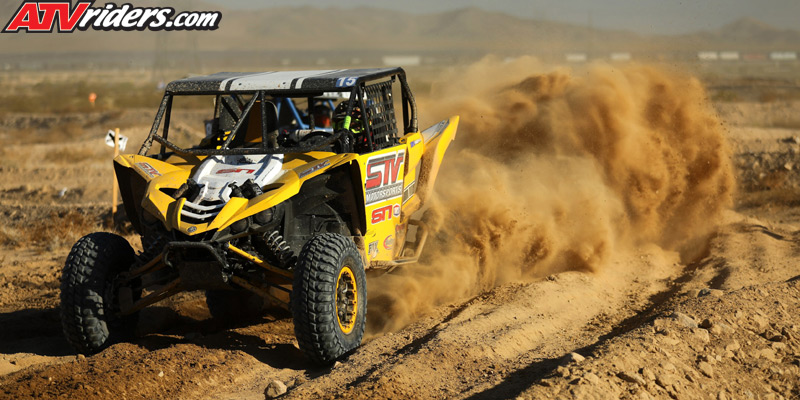 In the Women’s Class, Katie Vernola picked up her first career victory, ahead of Amanda Sorenson. Sierra Romo finished third and, combined with a hard crash by Danielle Weatherly, she clinched the championship.

Romo was consistent all season. In all, she won four races and recorded three podiums to win the championship by nine points ahead of Weatherly. She ran the race with a self-imposed crisis.

In the SXS 1000 race, Sierra Romo’s father, Randy, clinched the championship with a victory. He won five races this season, and earned two additional podiums.

The WORCS SXS racers will be back in action January 20-22 for the SXS World Finals. That race will be held at Buffalo Bill’s Resort and Casino.