Primm, NV – With Beau Baron having clinched the Pro ATV title, it was time for some fun in the Rocky Mountain MC World Off-Road Championship Series presented by Maxxis and Dirt Wheels Series. Having the time of his life was Robbie Mitchell as he held off a hard charging Baron to win his first career WORCS Pro race at the season finale at Buffalo Bill’s Resort and Casino. Baron finished second, followed by Mike Sloan. Matthew Hancock completed his ATV farewell tour with a fourth-place finish, ahead of David Flores. 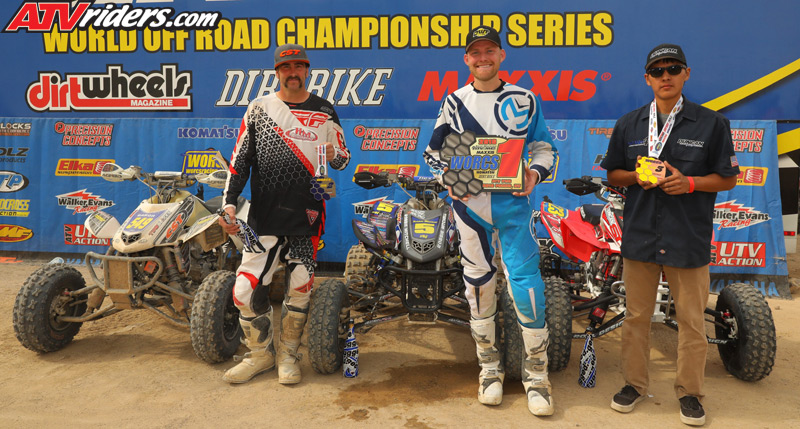 Beautiful weather with temperatures in the mid 80’s welcomed the ATV racers to their second visit of the year to Primm. The track, however, was much different. It was slightly shorter and was significantly rougher than earlier this season.

Mitchell took the lead on the first lap and then focused on hitting his marks. Then, two laps from the finish, Baron had Mitchell in his sights. Though he challenged Mitchell for the lead several times, Mitchell held strong and came away with the win and he finished second in points.

Baron had a difficult time starting his quad at the dead engine start. He was happy to see Mitchell get the victory after challenging him at the end. “I kicked my bike like it was going to start, put it in gear and it didn’t move, so I kicked it a few more times, put it in neutral, shook it, kicked and finally got it going,” said Baron. “By that time, I was 30 seconds behind. I knew I was going to have my hands full today trying to get to the front, and I came pretty damn close. It was a good battle, and I’m glad he won. He’s been trying for a long time and it’s good to see him try hard all the way through. There were a few times I pulled up beside him, but the next corner was so quick that I couldn’t pass.” 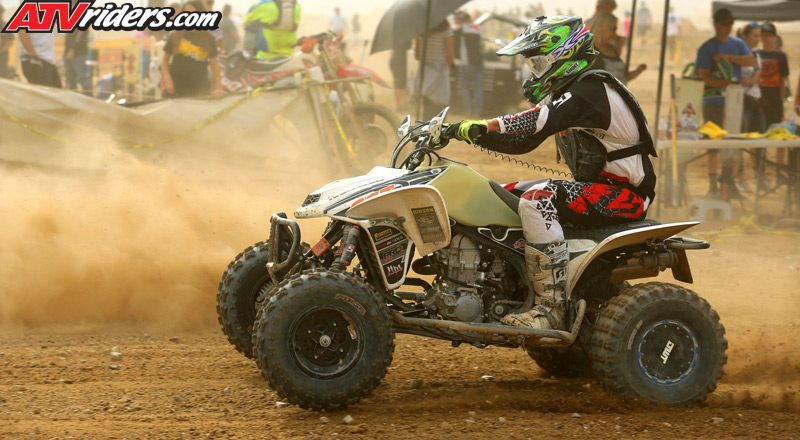 A rock slowed Sloan’s charge early on and he settled for third. His seventh podium this season placed the rookie third in points. “We were fighting hard for that second spot, but I hit a huge rock with my right foot so that slowed me down a little bit,” said Sloan. “I finished third in the race and third for the year so that’s really good. I got on the box in my rookie season.”

Hancock is retiring from running full time in WORCS Pro ATV competition to focus on his SXS efforts. He came out here to enjoy his last Pro ATV race and ended up with his best career finish in fourth place. 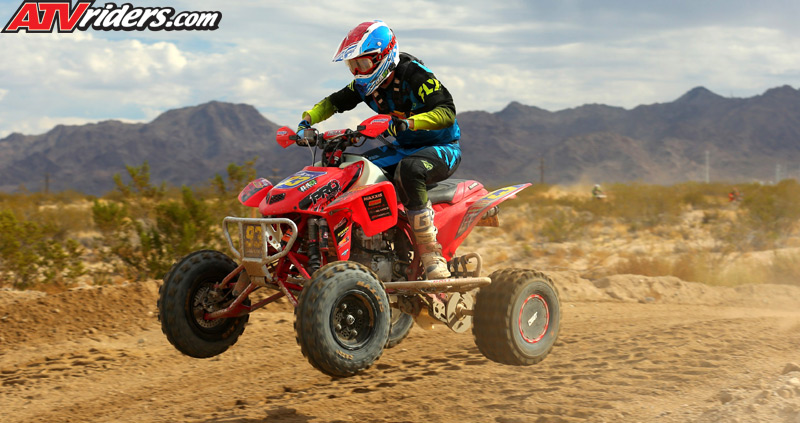 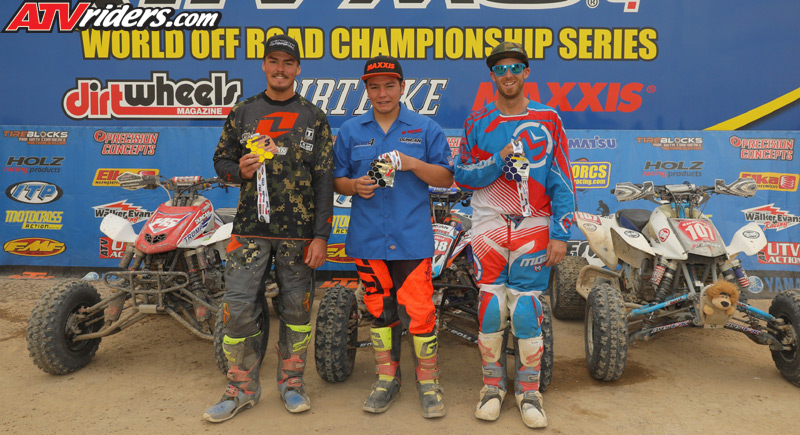 Sirevaag returned to competition here and netted his third podium of the season. Sirevaag sat out four rounds after sustaining a serious concussion in a frightening crash during practice at Sand Hollow. Fuller recorded his second podium of the weekend in the Pro Am event. He also finished second in the A Class race.

The Rocky Mountain MC World Off-Road Championship Series presented by Maxxis and Dirt Wheels Series will kick off the 2017 season January 6-8 at Mesquite MX in Nevada.