Primm, NV –If the Rocky Mountain MC World Off-Road Championship Series Presented By Maxxis and Dirt Bike gave out an adversity award, Robby Bell would have earned it in spades this season. Instead, he overcame nagging injuries, mechanical issues and even becoming a new dad to win his second consecutive Pro Motorcycle championship. 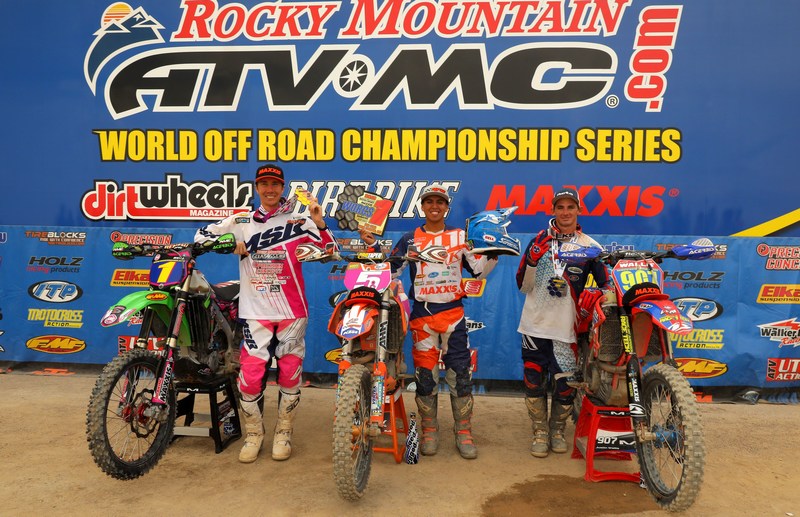 With beautiful racing conditions and temperatures in the 80s, Bell and Dalton Shirey were ready to battle for the championship. Shirey took a dominating early lead and looked well on his way to a victory. Riding like he had something to prove, Shirey fell out on the final lap with a mechanical issue, handing the lead to Wallis with Yorba in tow. Yorba and Wallis battled hard, nearly taking each other out several times until Yorba took the lead for good two laps from the finish. 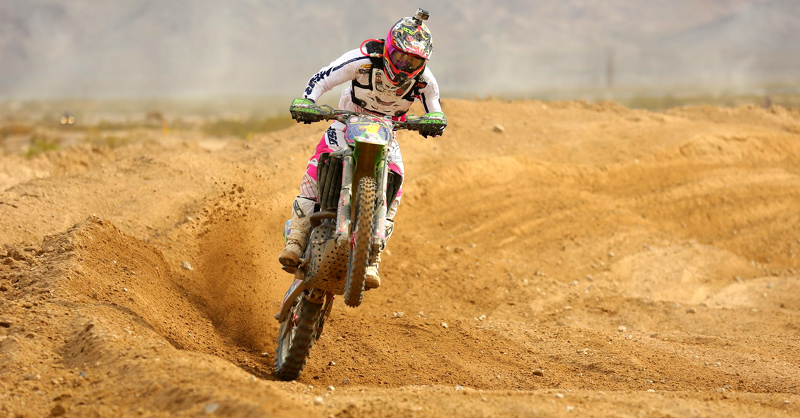 But the lead story was Bell’s. After suffering major facial injuries last year, he had surgery this year on his jaw and then broke his collarbone during practice. He even became a new dad. And yet, nothing seemed to slow his charge. After winning the first two races of the season, Bell went on to record another five podiums.

“I’ve been losing a lot of sleep due to nervousness over this round,” explained Bell. “This is a huge weight off my shoulders. We worked our butts off for this championship. This was a tough year. We had some mechanical and health issues. We persevered. I’m so proud of my team. I’m proud of my wife, and I’m having a great time being a new dad.”

Eric Yorba won his second consecutive race. The track was particularly rough, and Yorba had to shake off some cobwebs he experienced early in the weekend to score the win. “It was great to keep the momentum going,” said Yorba. “I just got back from Spain and everything I was riding was completely different. Both Friday and Saturday I felt off. I was looking forward to this track, but the bike and I just weren’t clicking. I just tried to ride a smooth race. Wallis and I had an intense battle. I came around and dove really hard to take the lead. I just tried to keep it smooth on the final lap.” 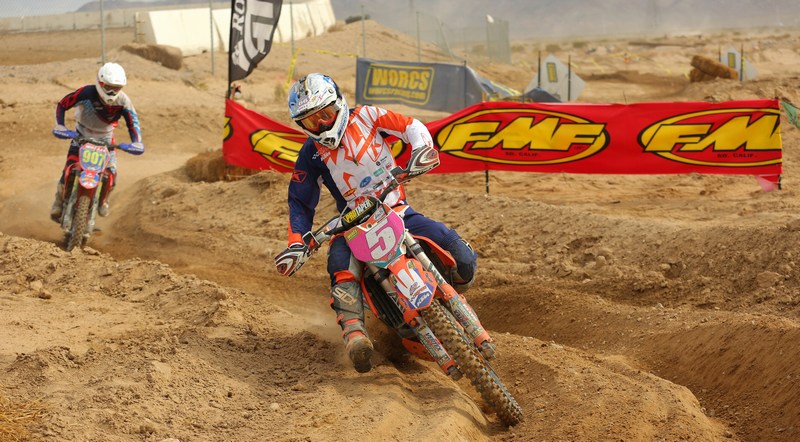 Justin Wallis had to overcome mechanical issues to finish second. He drove from the back of the field to claim his second consecutive podium. Wallis also won Round 5. “My electric start wasn’t working, so I got a dead-last start,” said Wallis. “Then I stalled the bike when I pitted, so I was definitely irritated. I’ve been working my butt off and I can’t thank Beta and my mechanic Gary Smith out of Sportsman Cycle in Las Vegas enough. I had a really good battle at the end with Eric Yorba. We got really close to taking each other out a couple of times. It got my emotions going.”

Justin Seeds took the holeshot, but faded early. Once he found the right lines, he rebounded late in the race to finish fourth. “I just couldn’t find the smooth lines early on,” said Seeds. “I put my head down and it just came to me. I was able to go faster at the end. I’m happy with fourth and for my teammate Robby winning the championship. I started this year off horribly. I just spent most of the season trying to get faster. It was just trying to find lines. I had the speed, but my lines weren’t quick enough. Once I get into the groove and then it’s fine. To show that I can come from the back is exciting. I’m going to build off these last two races and come out strong for next year.”

Dalton Shirey was in a close battle for the title all season with Bell before finishing second in points. He earned four consecutive victories at the midpoint of the season and rode hard here. Shirey was in his first full season of the Pro class, so he will definitely be a contender next season. “This was one of my better starts of the year,” said Shirey. “I had the lead and I just set my own pace. I was trying to see how far I could win. I was trying to make a statement. Hopping on the 450 it was a whole new ballgame this year. Once I got the suspension dialed in, I got going well.” 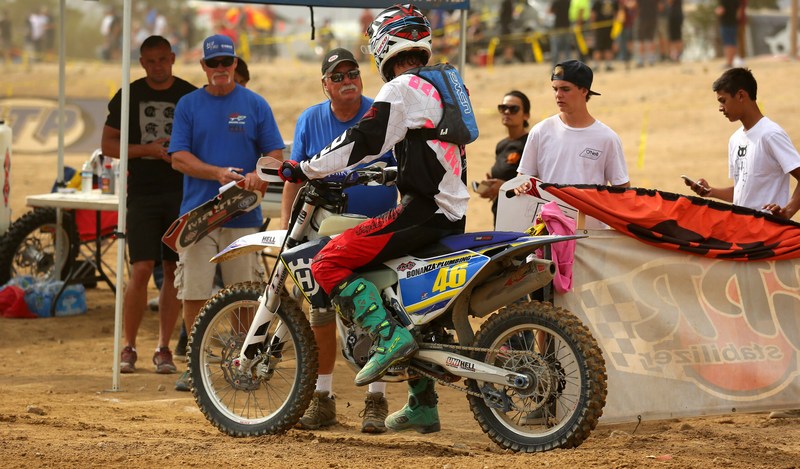 In the Pro 2 race, Logan Chambers beat out Alex Dorsey and Kyle Mercier for his third victory of the season. He dominated the event from start to finish. 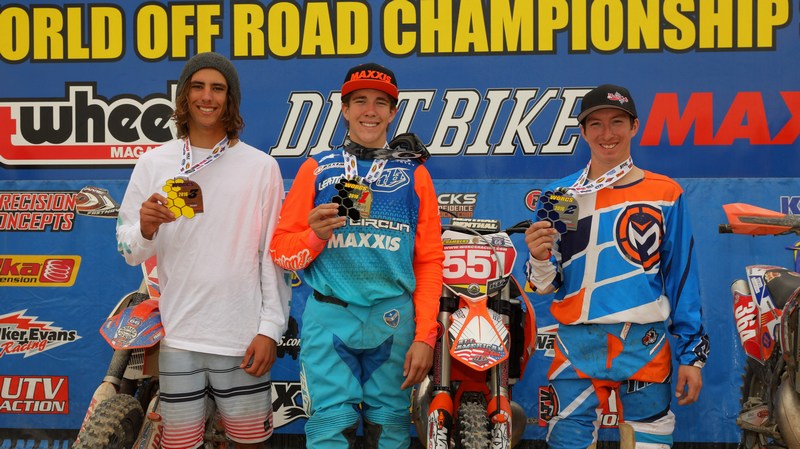 “The track was beat up pretty well, so I knew that if I paced myself I could outride everyone else in my class,” said Chambers. “It’s hard to find the endurance, especially on this track. It was crazy rough. I’m staying on a 450A in Pro 2 before I move into Pro.” 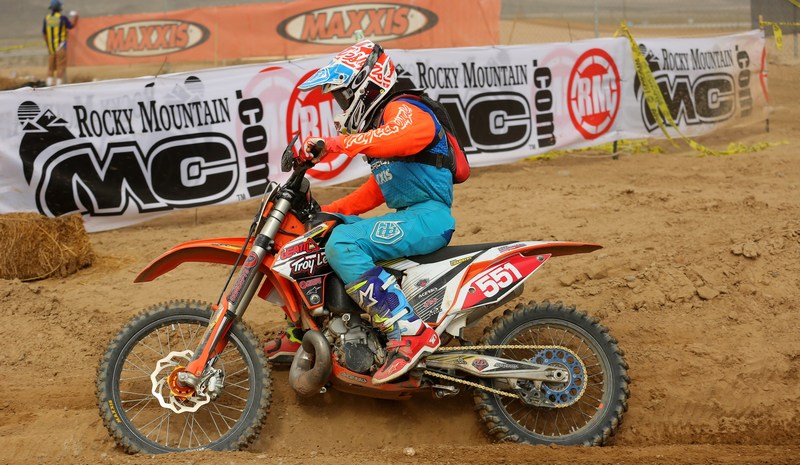 In Pro 2 Lights, Dante Oliveira finished out his perfect season with his ninth consecutive victory. He is looking to step up to Pro 2 next season on a 350. 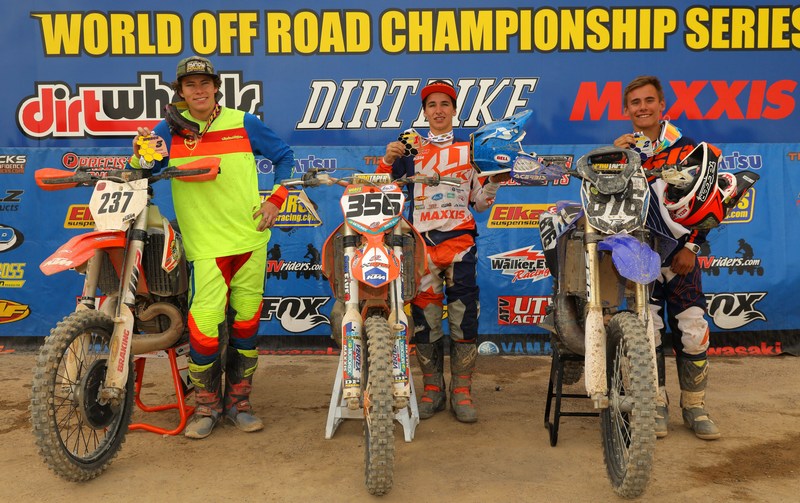 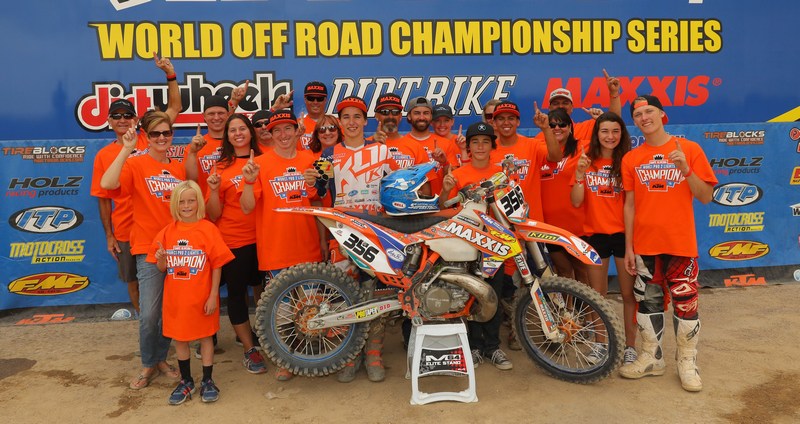 The Rocky Mountain MC World Off-Road Championship Series Presented By Maxxis and Dirt Bike will kick off its 2017 season January 6-8th at Mesquite MX in Nevada.