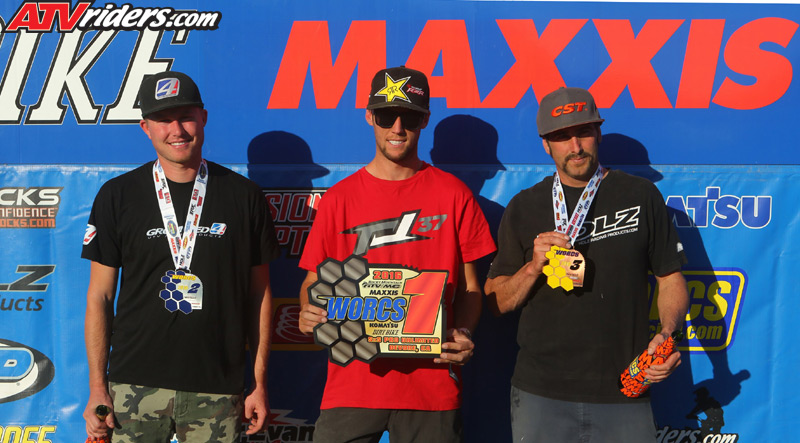 With hot conditions and temperatures in the 90s, the weekend was tough for both man and machine. Anderson, however, in what will be his last WORCS race of the season, finished off 2016 on a high note.

Since RJ Anderson is only running a part-time WORCS effort, he started well back in the Pro Unlimited race because starting positions are set by points. Anderson drove through the field to record his first Unlimited Class win. Cody Bradbury finished second, followed by Beau Baron and Ryan Holz. Ryan Piplic’s fifth-place finish allowed him to clinch the Unlimited championship with one race left.

“My whole mentality out here today was to win or wad,” said Anderson. “I’m pretty stoked to have my first win in Pro Unlimited. This is my last race of the year. I won’t be able to make it to the last one so I’m glad to go out on top. That was one two three four for Polaris RZR, Walker Evans and Holz Racing. I have to thank those guys a ton. I have so much fun at these races.”

Cody Bradbury hit a jump hard and nursed a mechanical issue to finish second in the Pro Unlimited class. It marked his second podium of the season, including a win in round six. 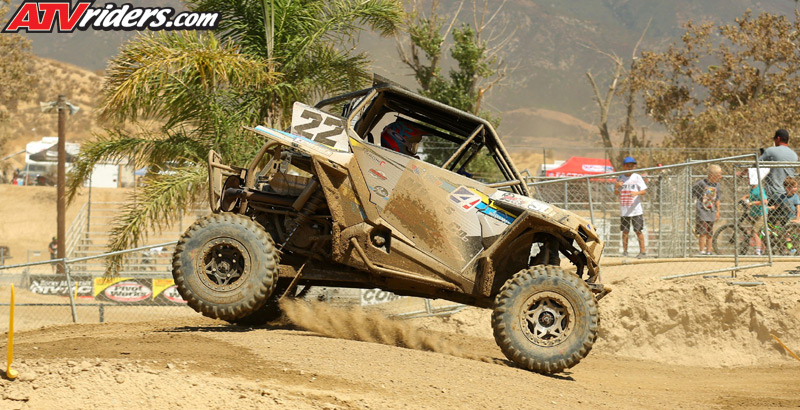 Beau Baron debuted a new CST Dingo Tire here. He said they helped elevate him to his third podium of the season. 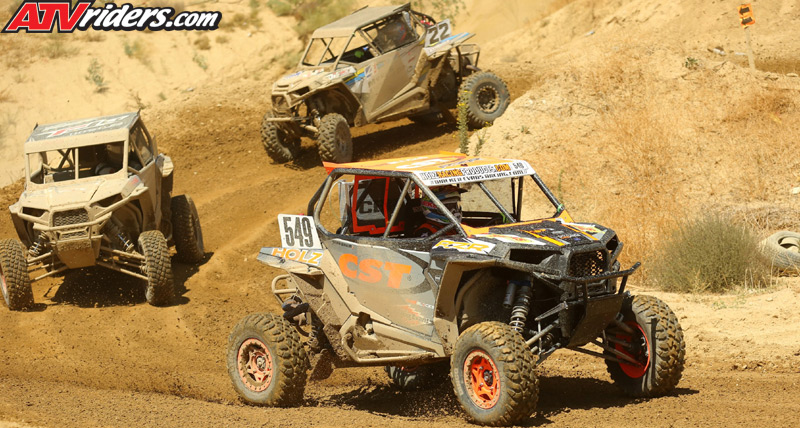 Ryan Holz drove his naturally aspirated car to a fourth-place finish, marking his second top five in his part-time WORCS season. He started on the second row and climbed through the field consistently.

Ryan Piplic’s fifth-place finish was enough for him to win the Pro Unlimited title. The 2015 WORCS Pro SXS champion had a quiet confidence in taking the title.

“My goal was to drive conservative and increase my points gap,” said Piplic. “I did what I had to do to win the championship. Two laps to go I ran into some issues, but I held on to secure that championship.”

In the Pro Class, RJ Anderson completed the sweep ahead of David Haagsma. Ryan Holz was third, ahead of Ryan Piplic and Jeff Obering. However, the big story is the championship. Mickey Thomas, who finished seventh after having a mechanical issue, holds onto the points lead, but by a hair. In fact, the top five are separated by only 11 points going into the final round.

Anderson again had to come from the back to secure the victory. Though Haagsma finished physically first, Anderson took the win by just two seconds on adjusted time.

Of all the points contenders, Haagsma fared best. Finishing second, he is now second in points, just two points behind Thomas. 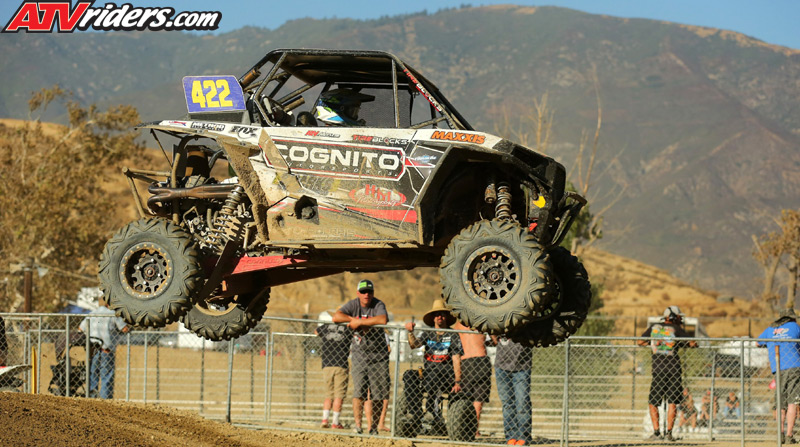 Holz was pleased to record his first Pro podium of the season. He started well, had a minor issue and fell back, but rebounded to finish third.

Bradbury finished sixth after recovering from a mechanical issue. He is third in the title chase, six points out of the lead.

Thomas led the first two laps of the race before a mechanical issue slowed his charge. He finished seventh, which was enough to maintain his points lead heading into the final round.

“I’m so stoked,” said Rowley. “That’s what I came here to do: win a championship. I tried to drive a conservative race and keep my car together. I got a reasonable start, tried to pace myself, and I saw Ray (Bulloch) struggling. I got around him and tried to keep it on four wheels.”

The Wells brothers were pleased to share the podium for the first time. “I started last and worked my way up to second,” said Kaden Wells. “It was hard to pass, but there were a few spots. The lappers made it difficult. The track was definitely better than last year.”

Corbin Wells started on the second row and pushed his way through the field to nab third at the finish.

Blake Barnum is happy with his top five. He is looking to add to his points finish at the final round.