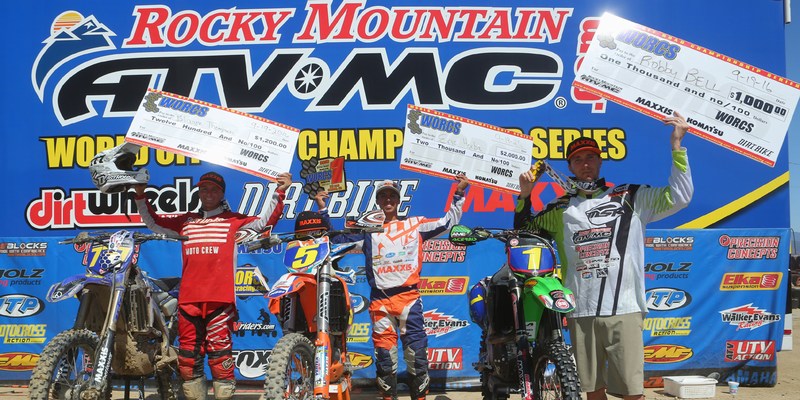 Maxxis’ Eric Yorba took the holeshot and led every lap of the race. Blayne Thompson finished second, ahead of Robby Bell, who took over the points lead. Justin Wallis and Justin Jones rounded out the top five. 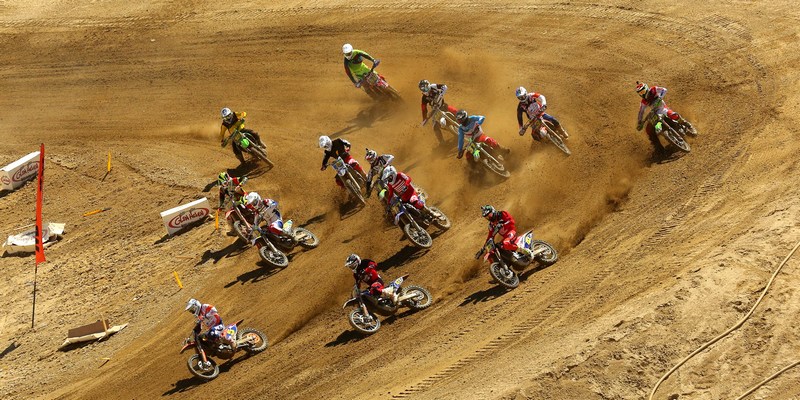 With temperatures topping out at 105 degrees at race time, series officials shortened the race slightly to ensure riders didn’t get overheated. At the finish, though, it appeared Yorba and his RTM KTM could have run several more laps. 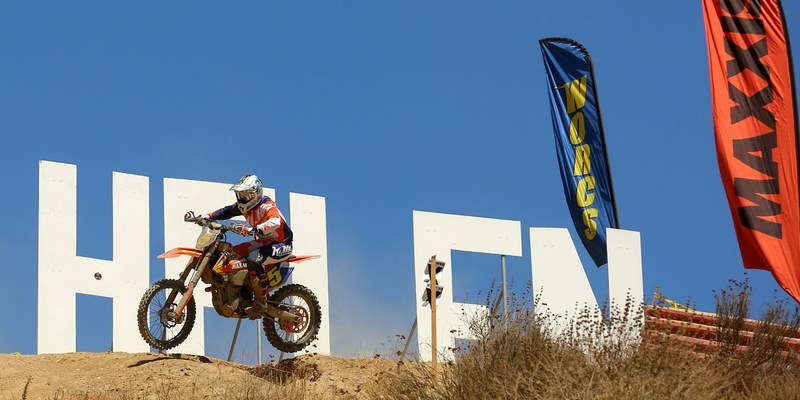 “I finally got that monkey off of my back,” said Yorba. “I’ve been working hard during the break, getting my training going. I knew it was going to be a long break. I had fun, but I still put in the work I needed to. I made a few little mistakes, but I’m glad I had enough of a gap to get the win.”

Blayne Thompson returned to competition after suffering a punctured lung and ruptured spleen in a crash during the summer break. The runner-up finish marked his third podium of the season. “I made a few mistakes early in the race so I pitted, took on some water and loosened up a little bit,” said Thompson. “I came back and I pushed from a 40-second gap to an eight-second gap. I’ll take the second, go into Primm and see if I can take that win on my birthday.” 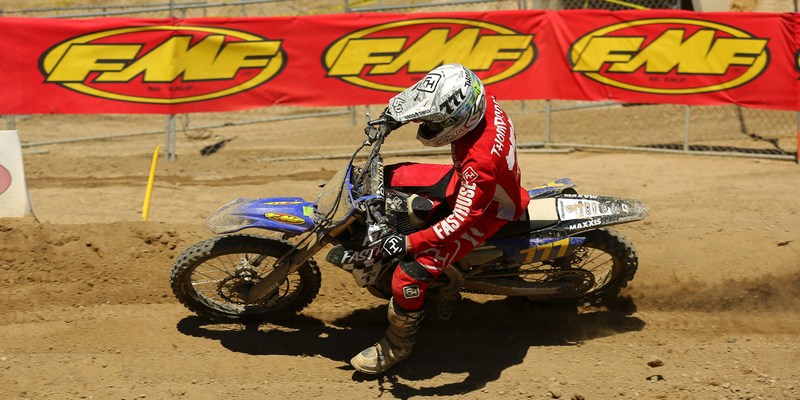 Robby Bell came back from a hectic summer break to turn in his sixth podium of the season. His finish, along with a sixth for Dalton Shirey, extends Bell’s points lead to nine points heading into the season finale. Bell is recovering from surgery to repair damage to his jaw from a crash last year at Glen Helen, and he also became a new dad during the summer break. 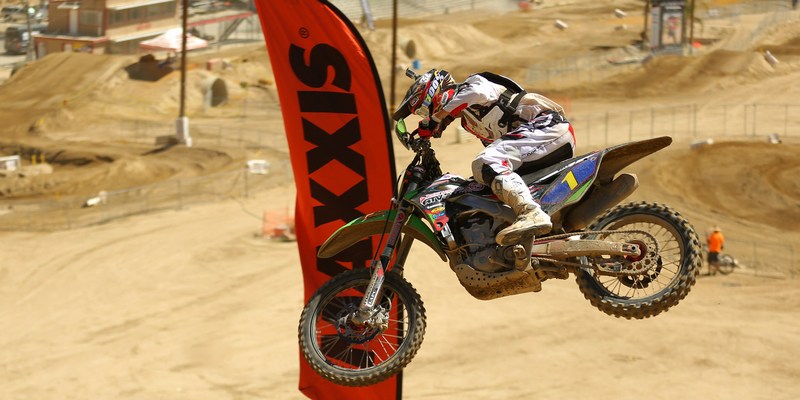 “Not bad for an old man off of the couch,” said Bell. “Honestly, I have to say the weekend went great. It was such a great weekend. A third place feels like a win for what I’ve been through with this injury. It’s not the worst injury I’ve had, but it has just taken a long time to heal. It’s a bummer for Dalton, and it’s going to be close.”

Justin Wallis rode his Beta from dead last to fourth in the final order. He is glad to be back racing again. “It was really hot, so I was just trying to stay consistent and stay off of the ground,” said Wallis. “I just tried to keep a level head and find some good lines. I was catching them at the end, but that was the best I could do. I’m stoked to be back racing. All summer, I was bored. I trained my butt off all summer and I felt really good today.” 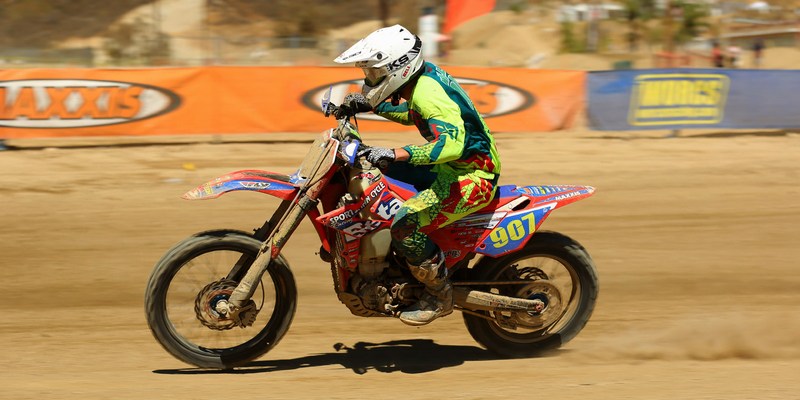 Justin Jones returned to WORCS competition after reinjuring a dislocated hip before the summer break. He held second for the first half of the race before dropping back with a tire issue. “I was having a really good first race back and then I had my bib go out halfway through the race,” said Jones. “It was just wallowing bad when Robby got on me, so I came in and changed the bib. I salvaged a fifth place.” 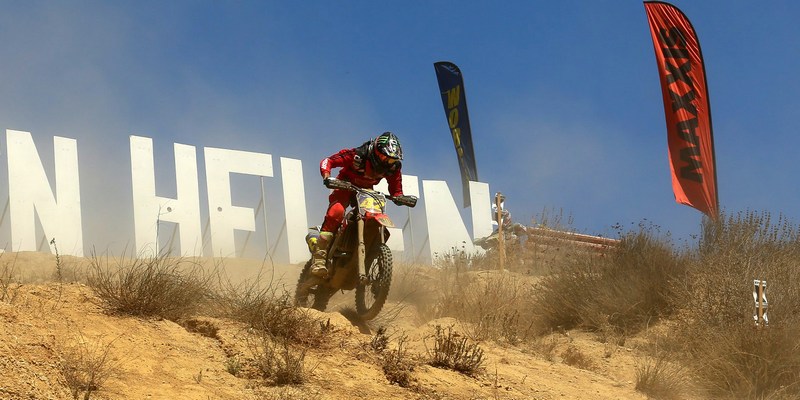 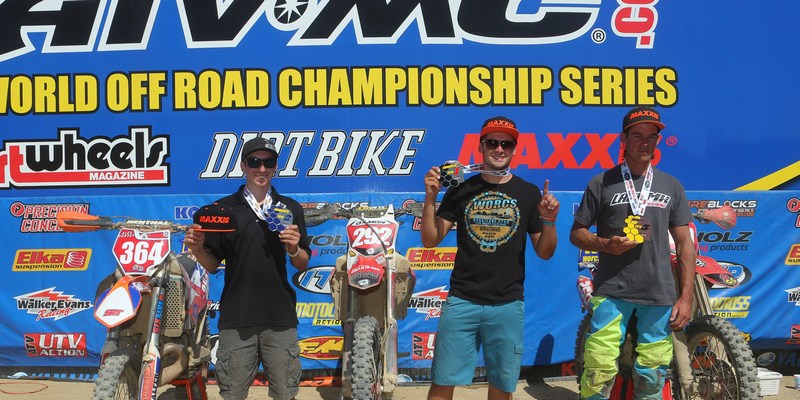 “It was definitely hot out there,” said Damon. “The track was pretty good. I’m pretty pumped to wrap up the championship with a win.”

In Pro 2 Lites, RPM / KTM’s Dante Oliveira ran his winning streak up to eight and remains undefeated this season. Oliveira passed Austin Serpa late in the race to take the lead and eventual victory. Serpa finished in second ahead of Clayton Hengeveld. 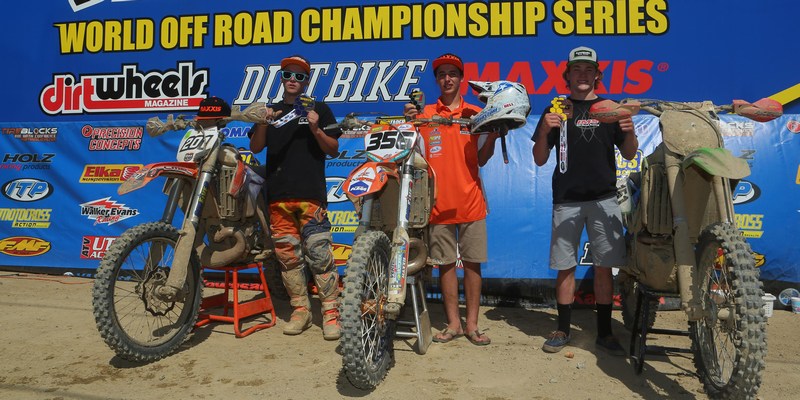 “Halfway through the race, I pulled into the pits and I got passed by two guys,” said Oliveira. “I had to work my way back up. I battled with Serpa for most of the last part of the race.” 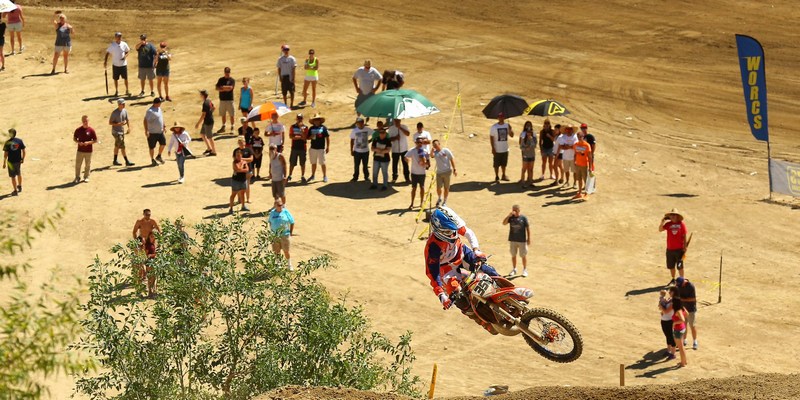 The season finale for the 2016 Rocky Mountain MC World Off-Road Championship Series presented by Maxxis and Dirt Bike is scheduled for October 21-23 at the Buffalo Bill Resort and Casino in Primm, NV.