Posted on May 29, 2016 by Podium Promotions Leave a comment

Cedar City, UT – Pro Rookie, Dalton Shirey, took his third consecutive WORCS victory at Iron Mine Race Park, which was the eighth round of the 2016 Rocky Mountain MC World Off-Road Championship Series presented by Maxxis and Dirt Bike.   Shirey took the lead on the first lap when Eric Yorba clipped a tree and then held off points leader Robby Bell for the victory. Yorba was third, ahead of Justin Wallis and Michael Del Fante.

With temperatures in the 80s and slight breeze, it was nearly a perfect day for racing this Memorial Day weekend.  Once again, a tight woods section was added to the track layout for the pros, but the dry conditions added another challenge with dust in his small section of the course that couldn’t be watered.  The track also a small endurocross section with some logs and tires, as well as the traditional motocross and desert sections. 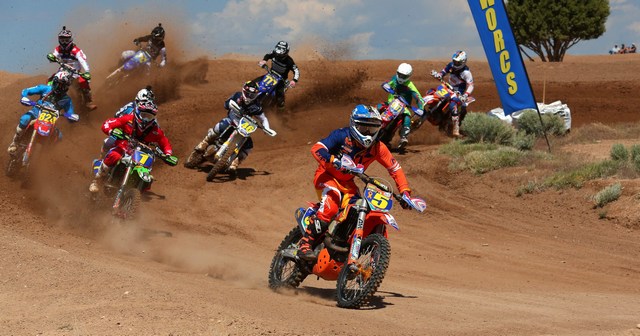 RPM / KTM’s Eric Yorba took the lead on the gate drop, snagging the holeshot, but hit a tree in the single-track section, handing the lead to Shirey with Bell in tow. Shirey dominated from there. The victory moves Shirey to just four points behind Bell in the championship as the series heads into its summer break. 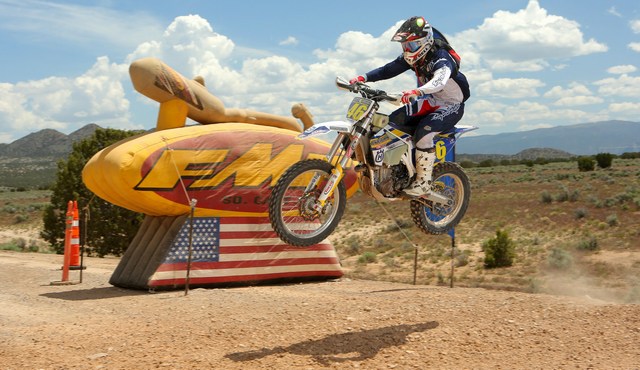 “Lately I’ve been training really hard and pushing myself harder,” said Shirey. “The Pro section was a lot like Hare and Hounds. It was really fun. It slowed everyone down and let them get their breath. It’s awesome to go into the break with three wins, but I have to keep my head down and keep working. I have to stay consistent and finish ahead of Robby in the last two rounds.” 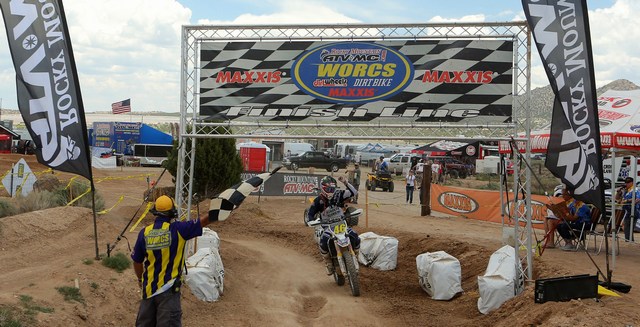 Bell’s consistency continued here with his fifth podium in seven rounds. He was charging, but didn’t have anything for Shirey at the finish. 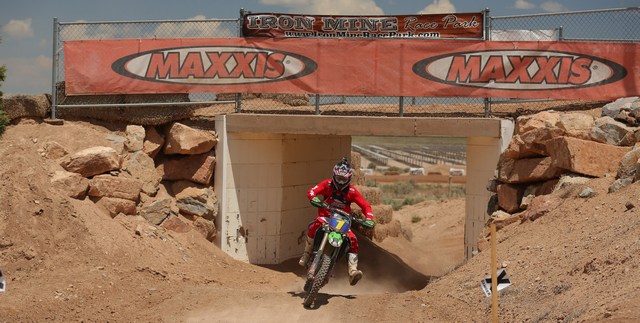 “The goal is always to win, but honestly I can’t be disappointed because I ran really well today,” said Bell. “Dalton was just on fire. He is now right on my butt in points, but it will make for an exciting finish at Glen Helen and Primm. I’ll definitely be working my tail off to get on that top step on the podium. My first baby is on the way and I’m just excited. I just want enjoy every moment of it. I’m also going to do the first surgery to graft bone into my jaw from my hip. But I’ll be ready in September.” 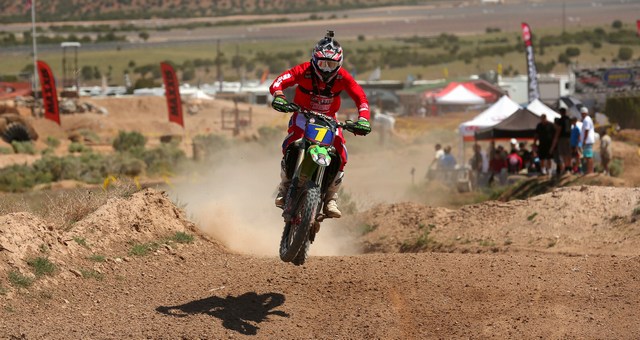 Yorba was disappointed with his results, though it was his second consecutive podium of the season. He wasn’t a fan of the single-line woods section. “That section just sucked,” said Yorba. “I lost the front end there while I was in lead and I fell back to sixth. I got into a groove and got close enough at the end of the new section, but Robby and Dalton were just too far ahead. I’m just going to try to keep this momentum going and finish out the year strong.”

Visibility hampered Wallis’ charge, but he made the late pass on Del Fante to net the fourth spot. The finish places him third in points. “I was hoping I could catch up to Yorba, said Wallis. “Unfortunately, I tended to get behind slower guys and it was super dusty. I’m going to be working hard to try to get on the podium after the summer break. I’ll be at Glen Helen a bunch.” 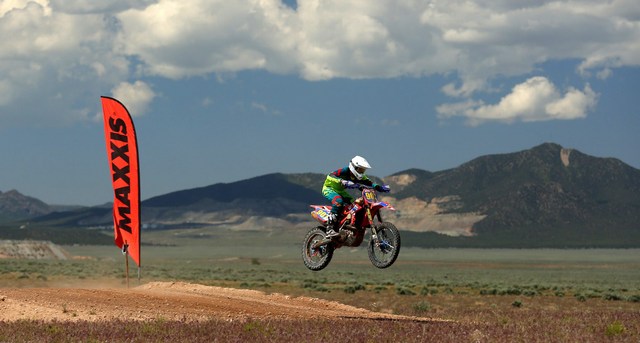 Del Fante was pleased with his second top-five finish of the season. The rookie rider is trying to build his experience this year. “Overall it was a great race and I’m pumped,” said Del Fante. “This year has been hit and miss, but it’s a great result to build on and we’ll see what the future holds. We’re learning every single race and getting better and better. This definitely gives me something to build on and we’ll see how it goes the next round.” 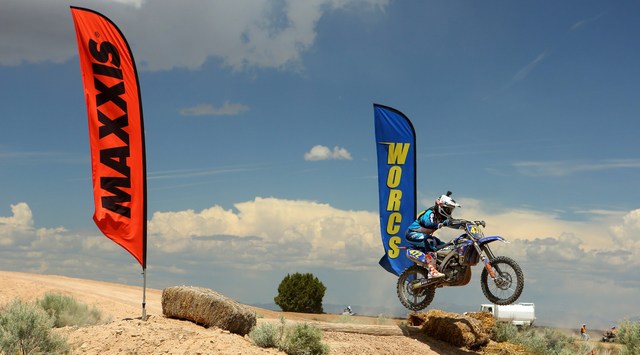 In Pro 2, Travis Damon earned his third consecutive victory and added to his points lead. Logan Chambers was second, followed by Alex Dorsey, Zane Roberts and Mitch Anderson. Damon led every lap of the race. 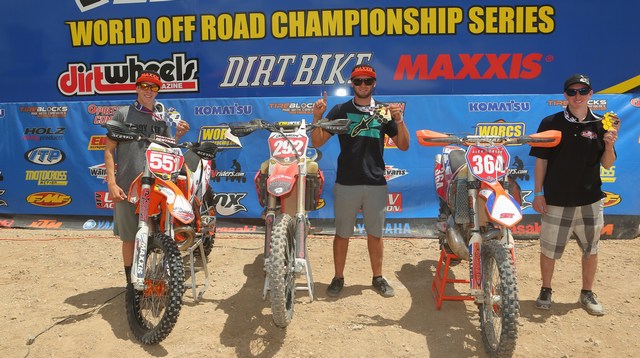 “I got off to a great start,” said Damon. “I pulled off the holeshot and never looked back. I set a steady pace and tried not to make any mistakes.”

Chambers’ fifth podium of the season puts him just six points behind Damon in the title chase. “I didn’t have a good start, but I popped two wheelies and tried to regain some speed,” said Chambers. “Travis just drifted away from me, and I got stuck behind a couple of guys, so by the time I got to second he was gone.” 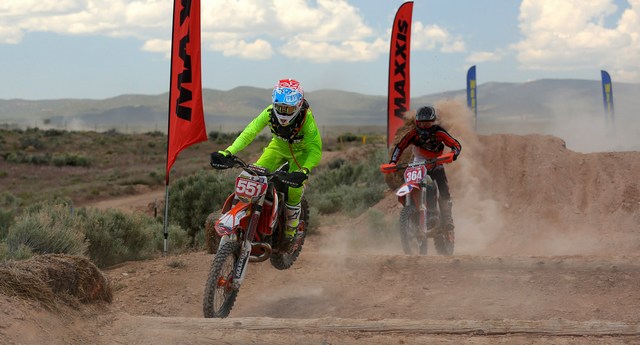 Dorsey netted his third consecutive podium. His consistency this season puts him third in points going into the break. Visibility problems also slowed his efforts. “I had nothing for Travis,” said Dorsey. “I actually went right instead of left in the dust going into the pro section on the first lap and I had a difficult time catching up. I caught Logan toward the end, but he turned it on and I had nothing for him.” 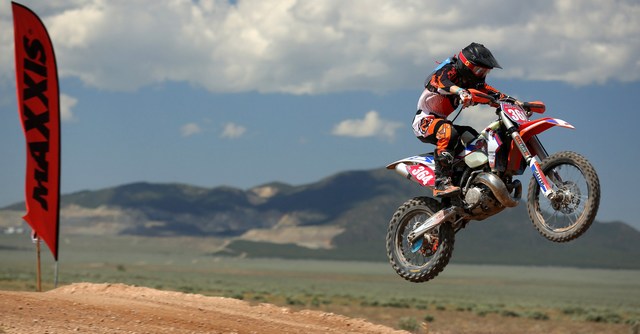 In Pro 2 Lights, Dante Oliveira continued his dominant win streak with his seventh straight victory, followed by Clayton Hengeveld and Connor Flatau. Oliveira battled with Hengeveld toward the end of the race to net the victory. 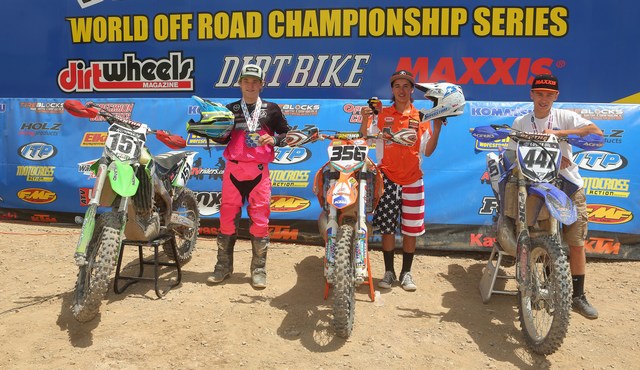 “I pitted on the third to last lap and Hengeveld took the lead,” said Oliveira. “He made a mistake and I got past him. From there I put it back up in number one. I had to work for it this time. Clayton was there the whole time keeping me honest.” 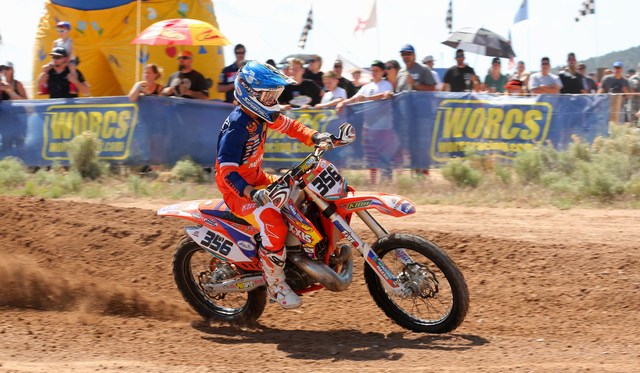 Hengeveld nearly broke Oliveira’s win streak, but finished second for the third consecutive race. “I was trying to get away from Dante, but I went into a right hand corner and slid out,” said Hengeveld. “He took the lead from there, but we’ll get him next time. We’re finally right there with him. I’m right there and I’m ready to win.” 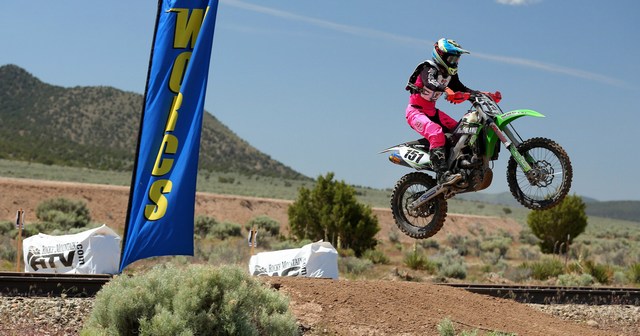 The WORCS series next heads into its summer break. The next round of the Rocky Mountain MC World Off-Road Championship Series presented by Maxxis and Dirt Bike is scheduled for September 16-18th at Glen Helen Raceway in Devore, CA.