Posted on February 15, 2014 by Podium Promotions Leave a comment

To all of our 2014 racers, Due to the restricted space in our transporter we do not have the room to carry trophies from round to round. I would like to let everyone know we will only have trophies from the previous round. We would really like everyone to receive their trophies. If for some reason you need to leave before

END_OF_DOCUMENT_TOKEN_TO_BE_REPLACED

The 2014 Rocky Mountain ATV MC WORCS Series presented by Motoworks and Dirtwheels picked up for round two at Buffalo Bills in Primm, NV. It was defending champion Beau Baron taking the win in the SxS Pro Class with RJ Anderson taking second, and Jeff Obering rounding out the podium. The weather couldn’t have been better with temperatures in the

END_OF_DOCUMENT_TOKEN_TO_BE_REPLACED 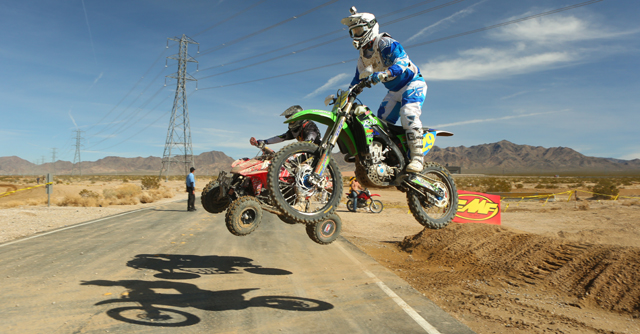 KTM mounted Gary Sutherlin comes out on top once again at round two of the 2014 Rocky Mountain MC World Off-Road Championship Series presented by Motoworks and Dirt Bike Magazine held at Buffalo Bill’s Casino and Resort in Primm, Nevada.  Precision Concept’s Robby Bell claimed the second spot on the podium followed RPM KTM’s Justin rounding out the podium. With

END_OF_DOCUMENT_TOKEN_TO_BE_REPLACED

David Haagsma Takes the Pro ATV Win at Round 2