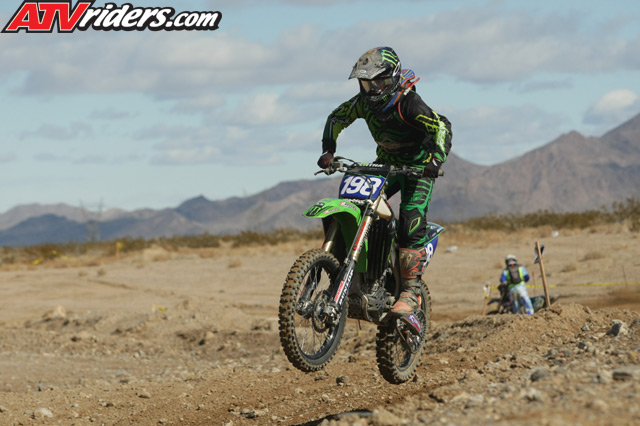 Women’s Pro Class Rookie, #198 Brandy Richards took her second win of the season at WORCS round two aboard her Monster Energy Kawasaki.

Placing third was #33 Elizabeth Bash aboard her Monster Energy Kawasaki. In 2012, Bash suffered from an injury that left her sidelined for the final four rounds. Despite being injured, Bash placed third in the 2012 WORCS Women’s Class Championship.

Placing fourth at WORCS round 2 was #46 Cortney Roewer aboard her KTM with a time of 55:29.568 less than a minute behind third place.

Rounding out top 5 in the WORCS Women’s Pro Class was #621 Rily Ellinger from Lake Elsinore, CA.